Life with a Tesla Model S P100D: A car of the people

If you don’t like talking to people, don’t buy a Tesla

TESLA loves to highlight the incredible acceleration for its cars, and truth be told the 0-100km/h experience is incredible.

But if you are trying to get somewhere in the real world with some haste, don’t take a Tesla. It’s not that charging times are going to slow you down. No, instead you’ll find yourself trapped talking to a person on the street about the electric beast.

No car I have ever driven has drawn the same amount of attention as the Model S. It started at the first supercharging station in the border town of Albury during my drive to Sydney. I was facetiming with my parents to show them the process of plugging the electric car into the charger, when I looked up and realised there was a small gathering of people admiring the deep red hues of the Tesla.

I had intended to use the 45-minute charge to grab some breakfast in a local café, but instead spent that time answering the questions of the fascinated oglers. From the retracting door handles, to the frunk, there were plenty of features of the Tesla to run through in my impromptu show-and-tell. 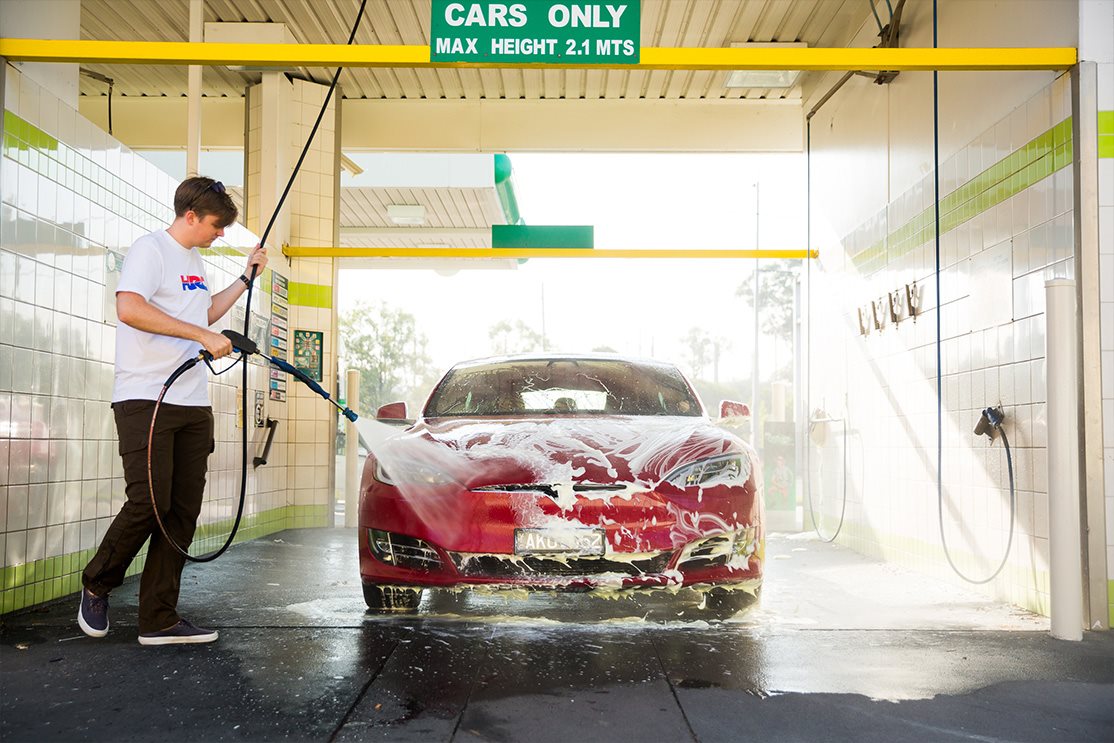 Albury wasn’t a once-off either. Random onlookers would often field a question or two if they saw me get in or out of the car. Even while driving, with the windows down you could hear the remarks of pedestrians.

I ended up encountering three types of people fascinated by the Model S: those that knew exactly what they were looking at and wanted a chance to get up close and personal, those that had a passing knowledge of cars but were perplexed by the Tesla, and those who knew nothing of cars or the electric hypercar but were caught off-guard by its silent-running nature.

It wasn’t just strangers that had a burning desire to know more either. Friends came out of the woodwork wondering what the Tesla was actually like. Even people who I thought were the antithesis of a motoring enthusiast instantly perked up at the mention of what car I was driving. Credit where it is due, Tesla has made its vehicles a strong talking point.

Not bad for a company that doesn’t actively advertise its cars.

What I think the Californian company has done better than nearly every other manufacturer is capture people’s imaginations. For car nuts it was all about the eye-watering acceleration and performance, while non-revheads saw it as a giant tech device to geek over.

But is it just good PR or a genuinely exciting car? Well, it’s somewhere in the middle. Tesla has mastered the art of PR very well, but the product speaks so strongly for itself that the Model S is reigniting a passion for things with four-wheels – even amongst those that don’t care about cars.

Oh and the most common question I encountered? “When will the affordable version be released?”

Lord help the person who takes a Model 3 for a drive when it arrives.