We drive the 1994 enduro winner in all its period glory

When talk turns to Japanese dominance at Australia’s most famous racetrack, it’s likely to be Nissan that springs to mind.

But as Nissan’s dominance of the Australian Touring Car Championship came to an end in 1992, another Japanese manufacturer was forging a Bathurst legacy of its own. Ironically, it was Nissan’s success at Australian motorsport’s highest level that opened the door for Mazda to establish itself as a major player at Mount Panorama. 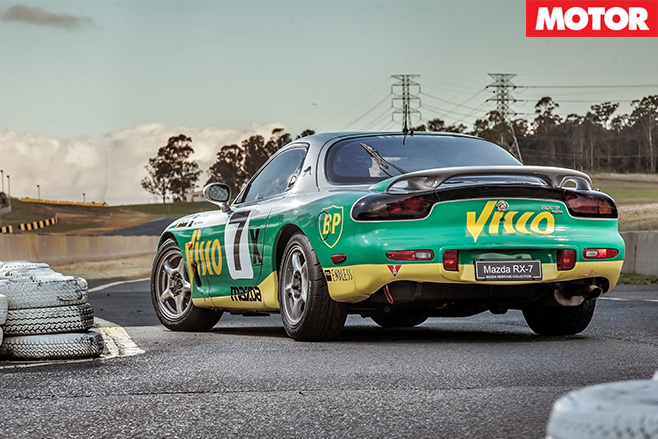 With the Group A category struggling thanks to spiralling costs and questionable market relevance – Ford’s Sierra Cosworth wasn’t available and only 100 R32 GT-Rs were imported – event promoter Vincent Tesoriero convinced the Bathurst council to allow a 12-Hour race for production racecars over the 1991 Easter weekend.

The successful debut led to a huge surge in interest, with entries exploding from just 24 in 1991 to over 50 for 1992. Many of these were with official manufacturer support, including BMW, Ford, Peugeot, Citroen (yes, really), Saab (yes, REALLY!) and, of course, Mazda. 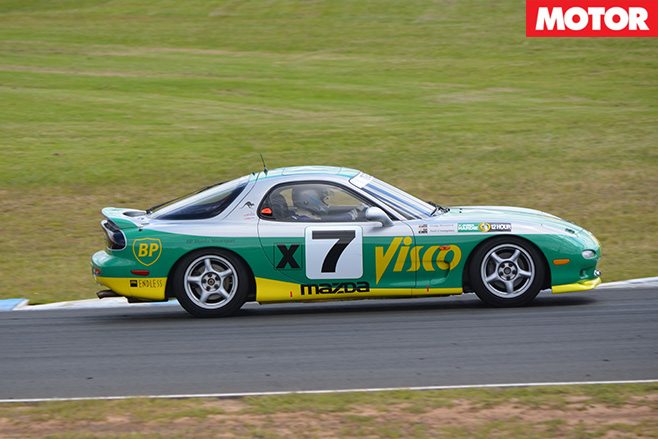 Mazda motorsport manager, Allan Horsley, had driven the car in Japan and deemed it the perfect platform on which to mount a Bathurst challenge. “I test drove it at a circuit over there just to see what it was like, which was brilliant, and from there we decided to race it,” Horsley recalls. 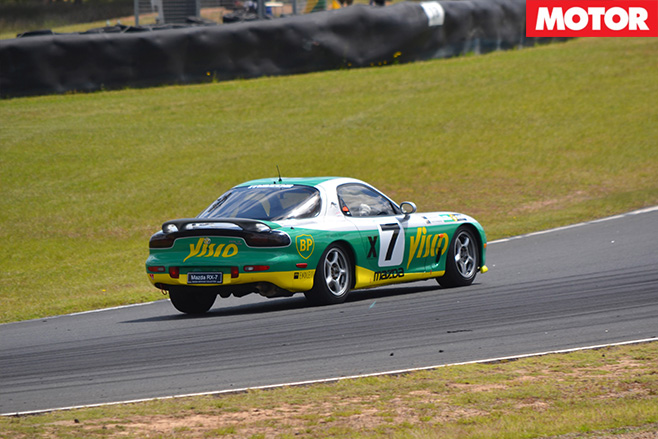 “Mazda has always been very motorsport-minded [so] it wasn’t a hard sell at all; we got a car over [to Australia] early to do a little bit of testing, and the race came about at the same time the car was released – it wasn’t allowed in production car racing at that stage, it was only allowed in the [Bathurst] 12-Hour.”

The car proved an ideal match for long-distance production car racing, taking three straight wins at the Bathurst 12-Hour from 1992-’94 and another in SP form in 1995 when the event moved from Bathurst to Eastern Creek.

The car pictured here is the winner from 1994 that was driven by Neil Crompton and Gregg Hansford. Crompton’s a bit like Australia’s version of Martin Brundle – an extremely accomplished racing driver who is now perhaps better known for his broadcasting abilities. 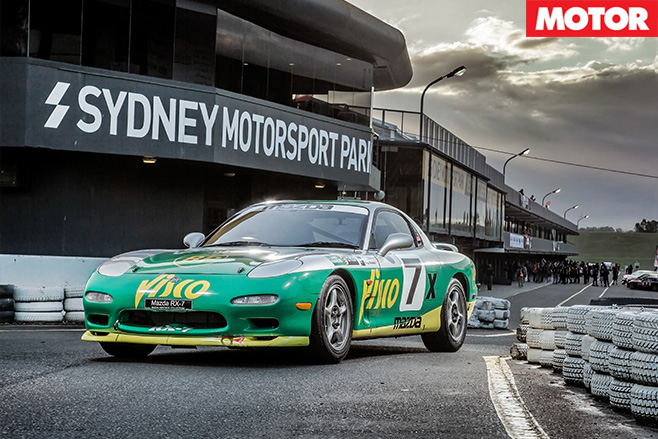 Having shared a Commodore and then a Peugeot 405 with Brock in 1991 and 1992 respectively, Crompton received the call from Horsley to become part of the factory Mazda team. “I really loved the event [and] my full-time drive at that point was with Wayne Gardner Racing, so there was no real manufacturer conflict; I think AH [Horsley] just rang me and I said ‘yes’ – I don’t think it was too protracted.”

Unsurprisingly, given its winning pedigree, Crompton has fond memories of the little Japanese sportscar. “It was really good actually; its handling behaviour was very, very good. Everything from pretty much The Cutting to Forrest’s Elbow was just fabulous.” Horsley agrees. “The strong points were that you could drive it flat all the time, just never back off.”

Thankfully, we don’t need to take their word for it, as Mazda chucked MOTOR the keys to its thoroughbred for a quick session at Sydney Motorsport Park. And it will be quick in both meanings of the word, as while we have an unrestricted track in front of us, our time with the car is limited to five minutes. Best get going then. 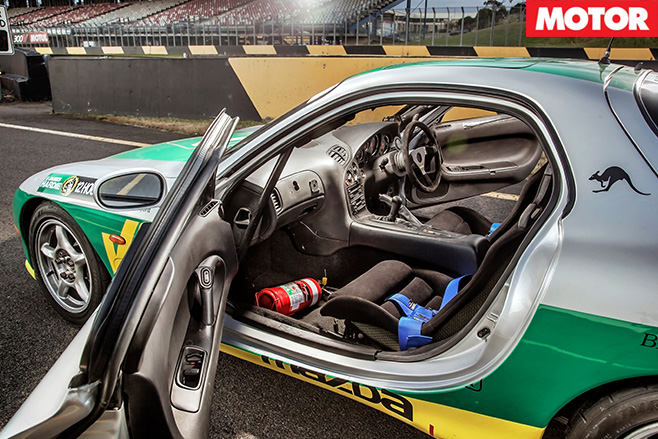 The driving position is extremely low and the steering wheel sits just above your legs. Bar the safety equipment and a temperature gauge screwed into the steering column surround, it’s more or less standard RX-7. It’s not a big person’s car – cramped is perhaps too harsh, but it’s certainly snug, a feeling exacerbated by being locked into the bucket seat by a six-point harness.

Thumbs up from the marshal and a clear track awaits. We’ve just an out lap and an in lap, so no time to waste. Thankfully, the car is already warm so the accelerator meets the carpet as we exit pit lane. First impressions are that while it might have been considered almost a ‘supercar’ in the early 90s, by today’s standards the RX-7 is not a particularly fast car. 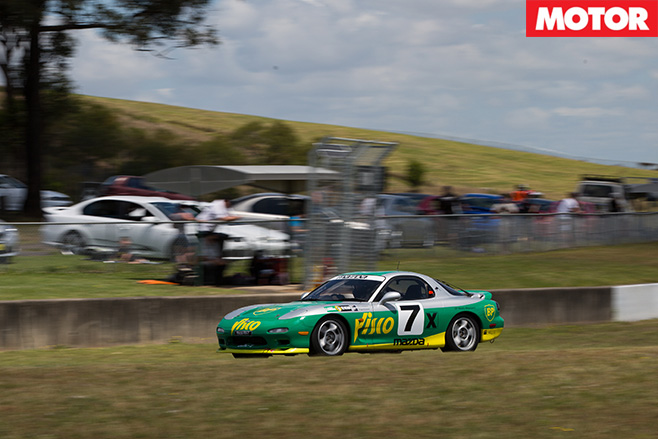 It’s not slow by any means, but the power comes in a mild surge rather than pressing you into the seat with its force. By the seat of the pants it feels similar to something like a Renault Sport Megane, a sensation that the figures back up. 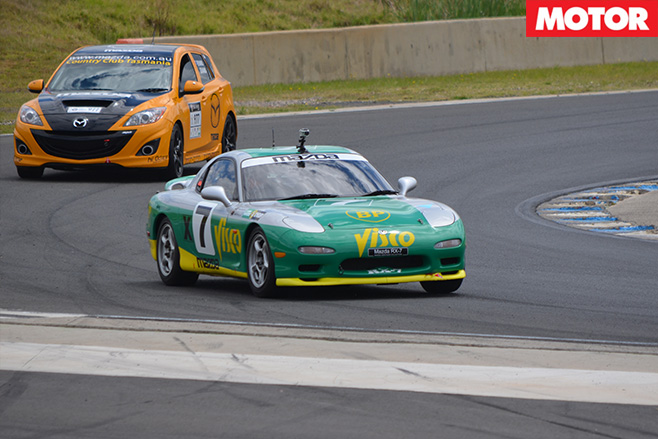 In our July 1993 issue, we compared the 12-Hour-winning RX-7 with its road-going sibling, the racer completing 0-100km/h in 6.00sec and the quarter in 14.46sec at 154.9km/h. Such figures back up Horsley’s claim that “we didn’t really do anything to the engine at all, we were just careful what oils we used.”

Crompton also remembers that while the car had plenty of strengths, straight-line pace wasn’t one of them. “No, it certainly didn’t whip the head back when you stood on the throttle, but what you had to do was drive it like a smaller capacity car. It was all about rolling speed, so if you allowed it to bog down...that was going to cost you lap time.” 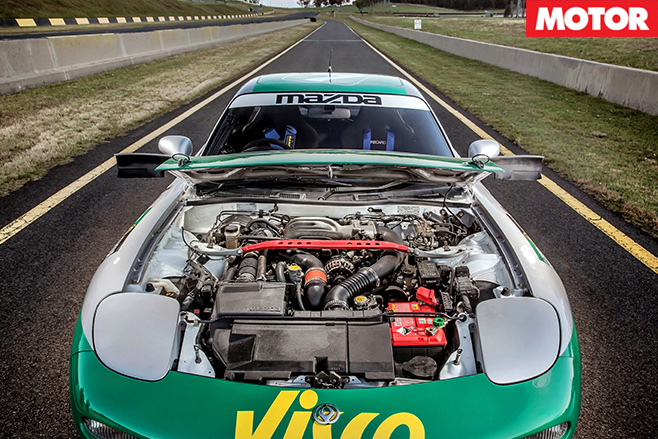 It mightn’t be particularly powerful, but the 13B engine is eerily smooth in the manner of all rotaries. Adding revs doesn’t seem to strain it in the slightest; we’ve had no limit imposed but it quickly becomes apparent there’s not a lot to be gained beyond 6000rpm anyhow.

By now we’re approaching turn one and the first turn of the steering wheel is all it takes to suggest that this RX-7 might be the friendliest car I’ve ever driven at speed.

Any concerns about not being able to exploit the car in the allotted time immediately evaporate as the lightweight Mazda pours itself into the long, sweeping turns of SMP’s GP circuit with perfect balance.

It’s rare that you drive a car on track and don’t need to make allowances; perhaps you have to be careful not to induce understeer, or maybe lots of power makes wheelspin and oversteer a constant threat. 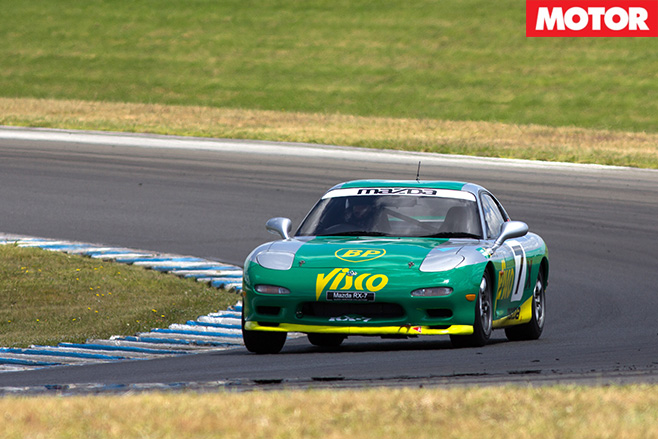 In the RX-7 there is none of that, allowing you to concentrate on nailing the correct braking point and scribing the perfect line through each corner. It’s a car in which the pure process of driving is extremely enjoyable, and speaking to Crompton confirms that its benign behaviour is not a happy accident.

“[The RX-7 was] obviously very good in its baseline weight distribution, but we did a lot of work to make it driver-friendly. I couldn’t honestly tell you how many test days we did… we’d just trundle out to Oran Park and pound around with the car.”

Crompton remembers that the only aspect of the car that needed care was the brakes. “They were quite good, but you couldn’t just jam your size 10 on them or eventually they’d suffer.” Unusually, the ABS was left connected, as Horsley says that even with the stellar driving cast he’d assembled, the car was a lot slower with it disconnected. 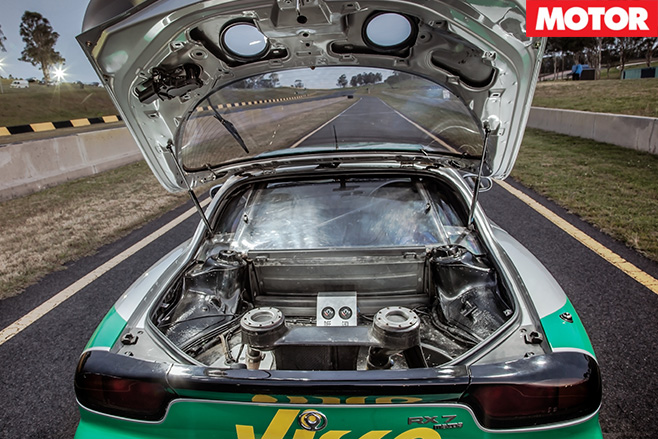 “The biggest preparation we had to do was train the team,” Horsley discloses. “A lot of the 12-Hour stuff was to do with the pace of the pit stops in those days [and] all the good people were involved in touring car racing. We had to train our own, which were just apprentices from Mazda, but they were brilliant in the end. They were faster than anybody in Australia.”

The sight of the chequered flag is a crushing disappointment, as this tantalising taste of the RX-7’s abilities has been enough to crave more time behind the wheel of Mazda’s only real high-performance sportscar. Another 11 hours and 55 minutes should be just about sufficient. 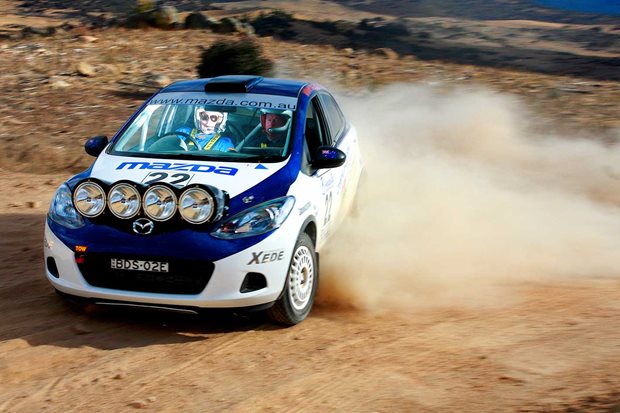 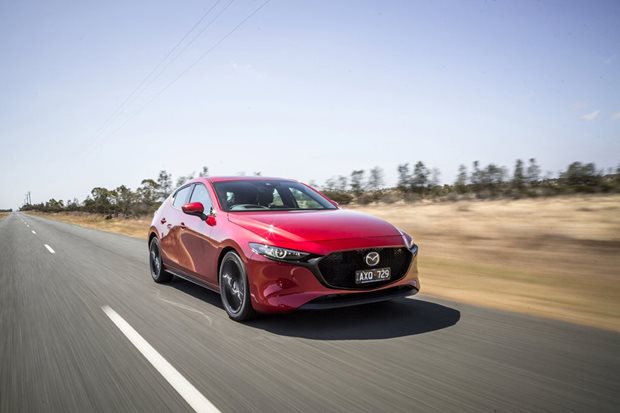