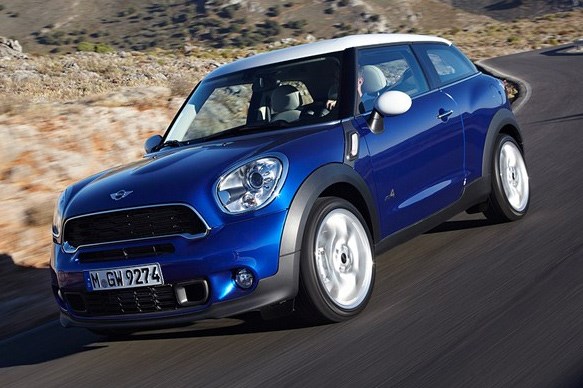 The MINI Paceman is a three-door MINI Countryman that's been given a sporty-style rear end. It has a raked roofline and bulging rear wheelarches while, inside, there are just four seats instead of up to five in the Countryman.

MINI reckons it's the ideal car for the city. Occupants sit high so they have a good view out, yet the model has enough coupe-look style to turn heads. Think of it as an alternative SUV-style take on the Audi TT.

Ignore the Countryman-derived front end: the MINI Paceman's most distinctive aspect is from the side, where the sloping roof combines with bold rear pillars and a standard rear spoiler to give a distinctive look. The flared rear wheelarches also make it look muscular.

The Paceman has two MINI firsts: it's debuts the concept of writing the model name on the bootlid (in BIG bold silver capitals) and it's also the first MINI to have horizontal rear lights. All new-generation MINI have, up to now, had vertical lights, just like the original. Does this signify a gentle freeing up of the design constraints within the brand?

Four engines will be offered at launch, two petrols and two turbodiesels. The standard Cooper has a 122hp 1.6 which, in turbocharged Cooper S guise, is boosted to 184hp. The Cooper D has a 112hp 1.6-litre turbodiesel, with the Cooper SD boasting a 143hp 2.0-litre turbodiesel.

For what's intended to be a stylish premium city coupe, it's very green. Even the pacy Cooper SD averages 61.4mph and emits 122g/km, falling to just 115g/km and 64.2mpg overall for the Cooper D. The regular petrol Cooper may be the best-seller: this averages 47.1mpg and emits 140g/km CO2.

The Paceman has a distinctive rear cabin as it is fitted with two individual seats that are modelled on those in the front. This means it has more shoulder- and headroom than normal, with legroom further boosted by cutouts in the front seats. The brand calls it a 'lounge-style' ambience.

It's reasonably practical: the boot is 330 litres with the seats up, stretching to 1080 litres with them folded. The rear hatchback tailgate is large and the raised ride height should make things a bit easier to slide in and out (once you've lifted them off the ground, that is).

MINI geeks will love this detail fact: the Paceman is the first MINI to have side window controls integrated into the door trim, rather than sitting in the toggle pack on the centre console.

MINI says the suspension has been lowered to give 'the trademark MINI go-kart feeling', despite its height: intriguingly, buyers have to purposefully option regular (non-sport) suspension and ride height.

Choose an automatic gearbox on the 112hp Cooper D, and you get an upgraded engine - it swells from 1.6-litres to 2.0-litres. This is presumably a quirk that means the 1.6-litre diesel is incompatible with MINI''s automatic gearbox.

Included as standard on all Paceman is air con, front sports seats, the distinctive MINI 'Centre Rail', electric windows and alloy wheels. If you have the cash, the options choice is vast, including Harman/Kardon hifi, Colour Line interior, electric glass roof, even a trailer coupling. 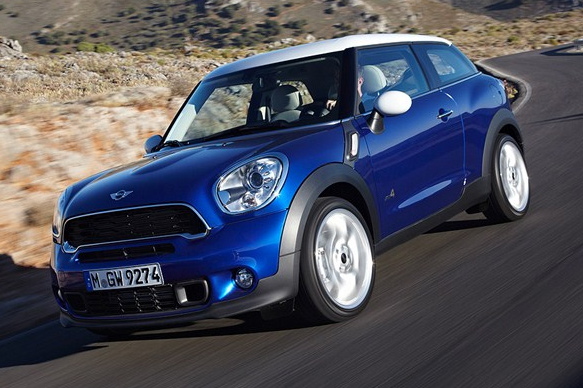 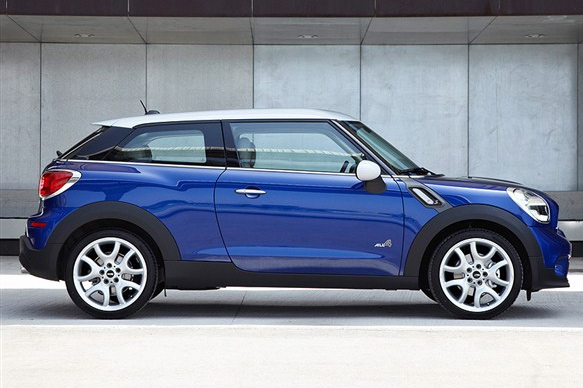 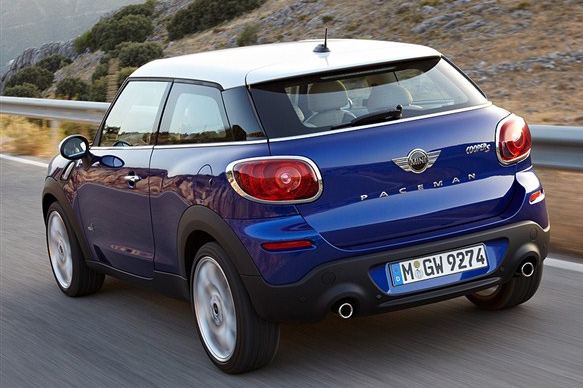 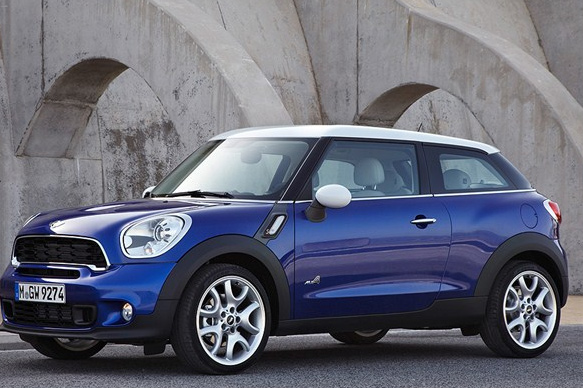 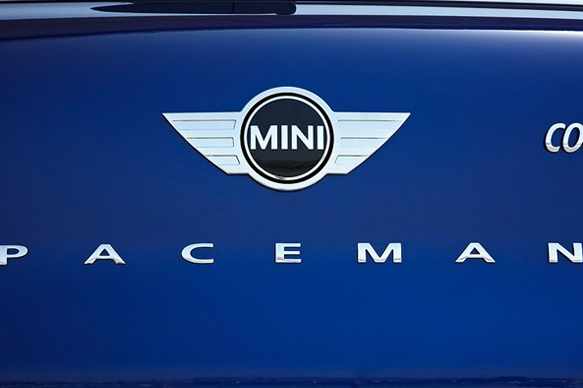 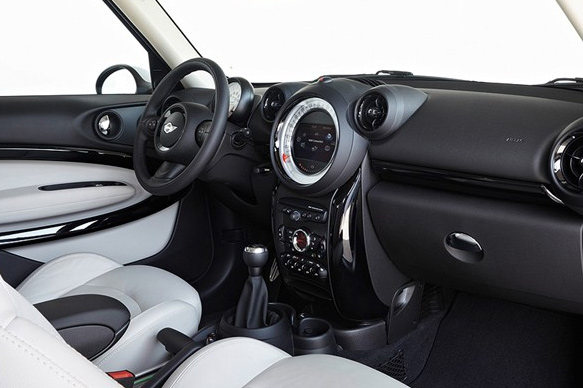 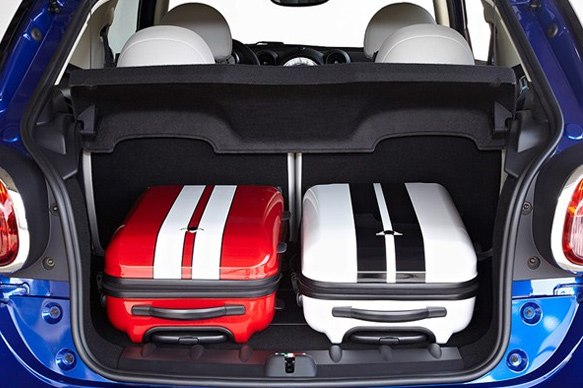 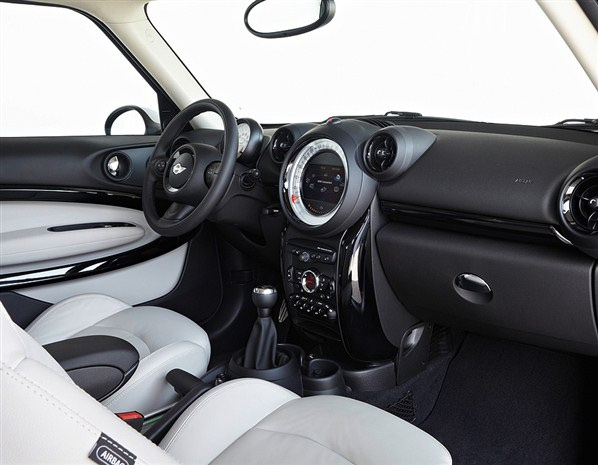 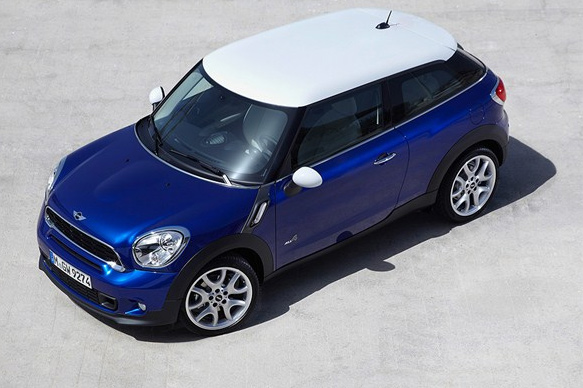 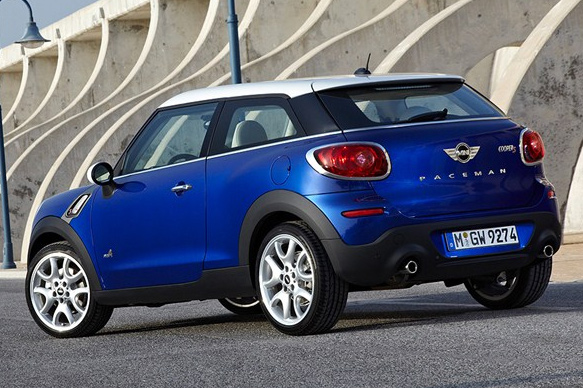 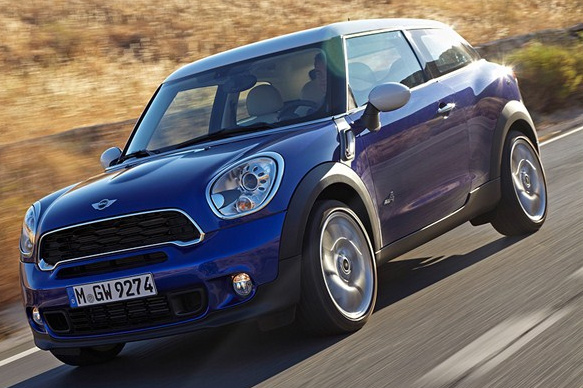 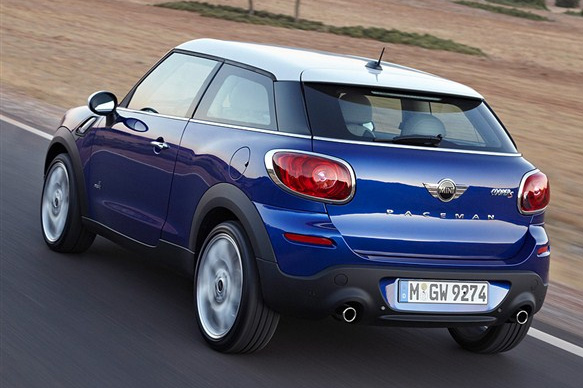 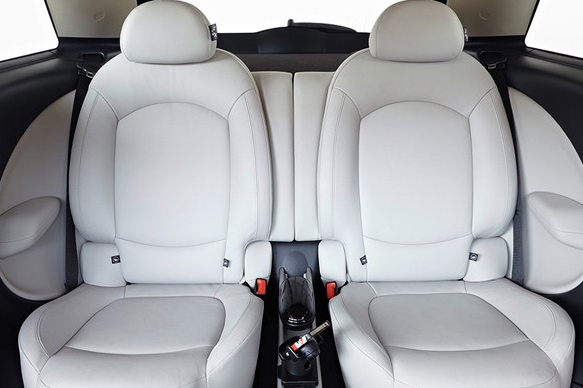