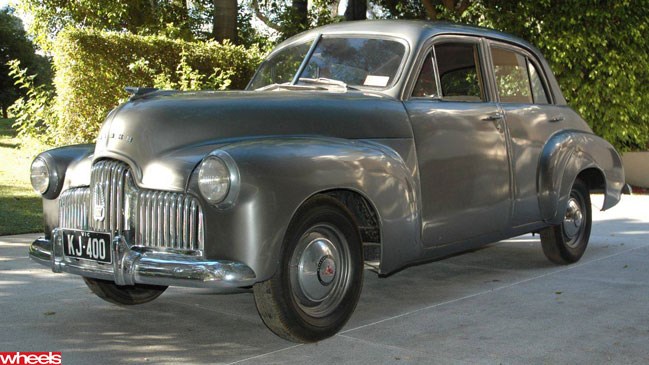 Australia’s first ever Holden, a prototype for what eventually became the 48-215 or FX, is up for auction at this weekend’s Motorclassica in Melbourne for $1 million.

Australia’s first ever Holden, a prototype for what eventually became the 48-215 or FX, is up for auction at this weekend’s Motorclassica in Melbourne for $1 million.

The historic, hand-crafted car is understood to be the fourth of five 48-215 prototypes, but the first built entirely in Australia.

The first three were made in America before being shipped Down Under for testing.

Offered for auction by property developer and mining magnate Peter Briggs, the car, affectionately known as KJ 400 (after its number plate), is understood to have been built at Holden’s plant at Fishermans Bend in 1947 – making it almost a year older than the famous Holden No. 1.

Bought by Briggs after he spotted it in a Melbourne newspaper in 1980 for $15,000 (roughly the price of a brand new Holden Statesman Caprice) it’s unclear if KJ400 will reach its $1 million asking price, with Briggs admitting he may part with it for the closest reasonable offer. 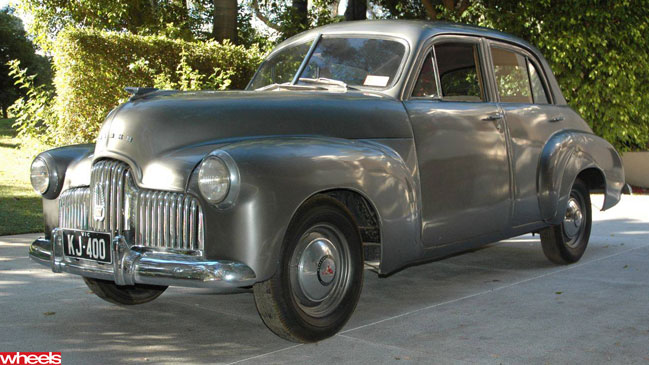 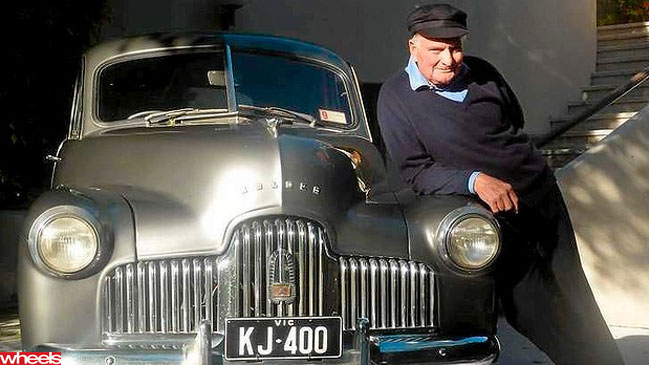