PORSCHE has stacked a remarkable 18 Le Mans winner trophies in its silverware cabinet since 1970. That’s more victories at the famous 24 hour endurance race than any other manufacturer, but you’re a motorsport enthusiast. You already knew that.

What you might not know is just how huge the racing operation is behind the scenes. A week out from the 2017 Le Mans 24 Hour, Porsche has shared facts and figures about its history at Le Mans and about its current flagbearer, the 919 Hybrid. Here are our favourites. 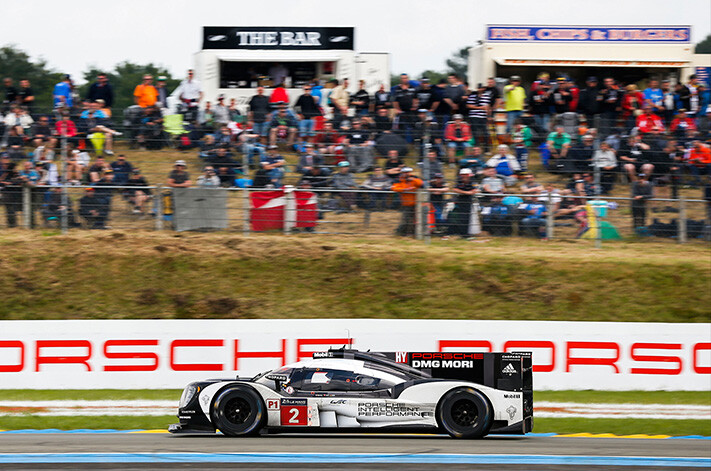 3 Hollywood stars have entered Le Mans with Porsche. Steve McQueen’s attempt made it to cinemas in 1971, Paul Newman finished second overall in 1979 and Patrick Dempsey also climbed the podium in 2015, finishing second in the GTE-AM class.

3.2 hours is the average time each Porsche LMP driver spends on a massage bed during the 24-hour race. 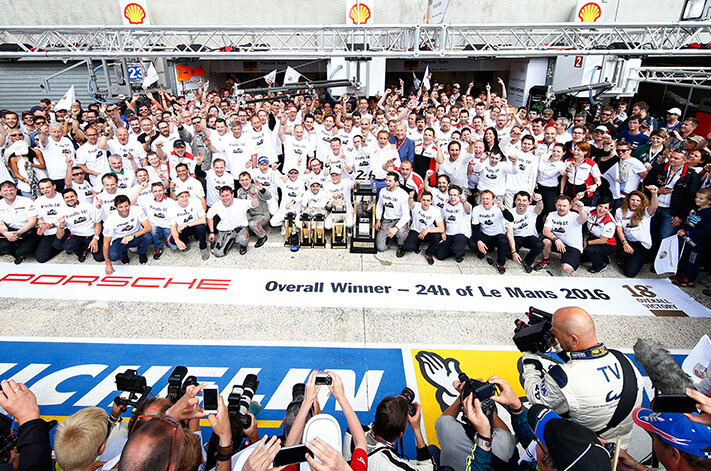 260 people make up the Porsche Le Mans team today. 160 of them are engineers. Only five people were in the team at the end of 2011 when Porsche began to prepare for its LMP return.

12 men were in the advance crew that began setting up at Le Mans on 23 May 2017, almost four weeks before the race. They started by building up a two-floor steel structure behind the Porsche LMP pit box. On May 30, a convoy of eight semi-trailers arrived containing the race cars and equipment. Everything had to be in place for a test day on June 4. 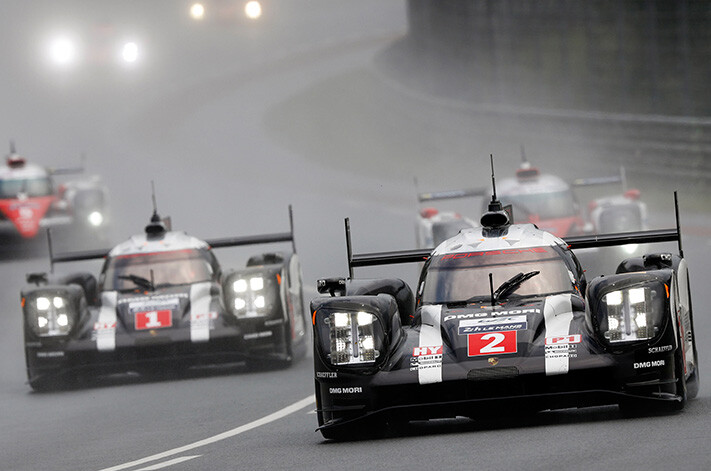 19.9 kilograms is the weight of one wheel rim with the tyre. Mechanic Rainer Mühlhäuser manages to swap an old wheel and tyre for a new one during pit stops using only one hand for each. Since doing so at the opening WEC race in Silverstone, others down the pit lane have been trying to master his technique. 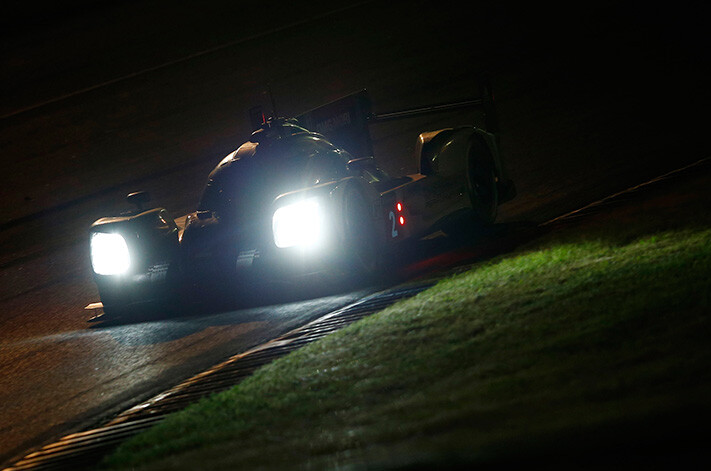 20:32 was the time in complete darkness on December 9 in 2013 when Mark Webber started his first ever lap at the wheel of an LMP1 car on a circuit he had never before driven – Portimão in Portugal.

30 stops for fuel and 10 stops for tyre and driver changes are anticipated for each Porsche 919 Hybrid during the Le Mans race next weekend.

54 consecutive laps Romain Dumas was at the wheel of the winning car at night during the 2016 Le Mans. Due to safety car periods, Dumas’ stint was exaggerated to the longest stint of all the Porsche LMP drivers. It lasted from 00:13 hrs until 03:38 hrs. That’s almost the duration of two Formula 1 Grands Prix races.

60 percent of the 919 Hybrid’s recovered energy comes from the front brakes, around 40 per cent is provided by a turbine in the exhaust system. 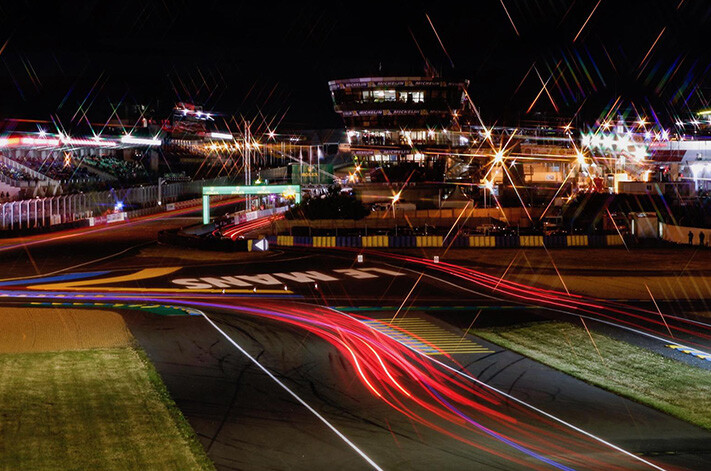 395 laps were covered by Earl Bamber/Nico Hülkenberg/Nick Tandy on their way to win the 2015 Le Mans 24-Hours. The three LMP rookies agreed before the race to drive at a speed they were comfortable while trying to avoid hitting anything. The plan resulted in the first overall victory for Porsche since 1998.

397 laps, or 5,410.713 kilometres is the longest distance ever covered during the Le Mans 24-Hours. It was achieved by the 2010 winners, Timo Bernhard/Romain Dumas/Mike Rockenfeller, sharing an Audi.

2 hours is how long the smell of a fart would linger if a driver broke wind in the 919, commented Neel Jani – unhappy with the cockpit ventilation of the first test car back in 2013.