No other manufacturer has dominated the Le Mans 24 Hour in recent times like Audi. The German brand has conquered the 13.6km Circuit de le Sarthe with 13 wins since 2000. Only Porsche has more overall victories to its name, standing at 18 since 1970.

The Audi R18 LMP1 is the carmaker's current World Endurance Championship contender. Its detailed spec information reads like science fiction, yet Audi says the weird and wonderful innovations hidden within have real-world relevance for the production cars it will build in future. 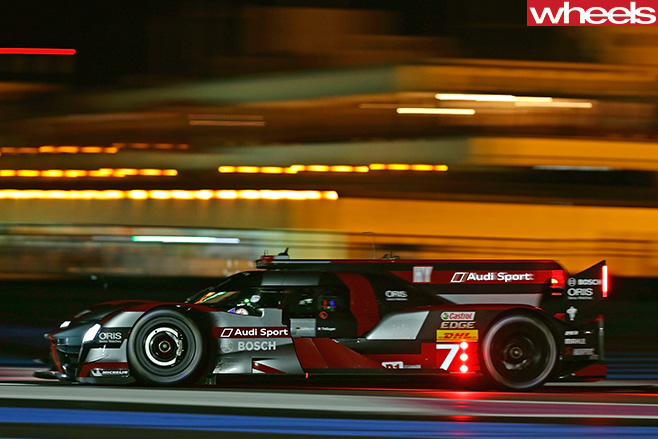 Endurance racing provides a unique proving ground for emerging technology. If componentry can withstand more than 5000kms of abuse in one go, it stands in good stead for use in cars we drive every day. Here’s how the R18 works.

ENGINE
Audi uses a hybrid drivetrain in the R18 race car. It’s made up of a 378kW 4.0-litre V6 turbo diesel engine, driving the rear wheels, and a 350kW electric motor, powering the front axle. Audi’s famous quattro all-wheel drive system was first derived for motor racing, and it is still a core element today.

Diesel and electricity combined, the powertrain produces 728kW, though a regulation restricts the electric motor to 300kW for the high speed Le Mans track in an effort to slow the cars down. At Audi’s last Le Mans win, in 2014, the R18 hybrid was making only 520kW total. 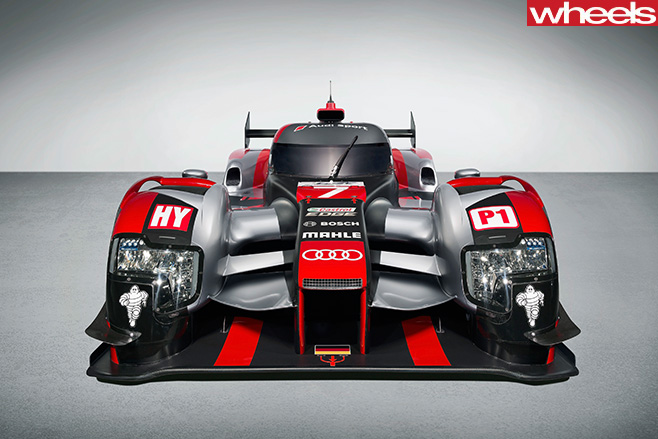 A single, centrally-mounted turbocharger sits within the 120-degree 'vee' of the engine for maximum response and tighter packaging. An ultra-high-pressure fuel system supplies diesel to the combustion chambers at 3000bar (43,500psi).

Critically, the engine is not only powerful but also massively fuel efficient. Audi says economy has improved by more than 30 percent compared to its first-gen V6 TDI engine from 2011. It has a 49.9L fuel tank and can go for 13 laps (approx. 177km) between stops. That’s roughly 28L/100km, which is incredible for a race car driven at full throttle for the majority of a lap and at speeds exceeding 300km/h. Good fuel efficiency means less pit stops, which, over 24 hours of racing, can be the difference between winning and losing.

LMP1 cars are not governed like Formula One cars. Manufacturers are free to interpret the rules however they see fit provided they follow the regulations for fuel use (referred to as energy and measured in kilojoules) and electricity regeneration. Porsche uses a 2.0-litre V4 turbo in its 919, while Toyota has a 2.4-litre V6 turbo in the TS050. 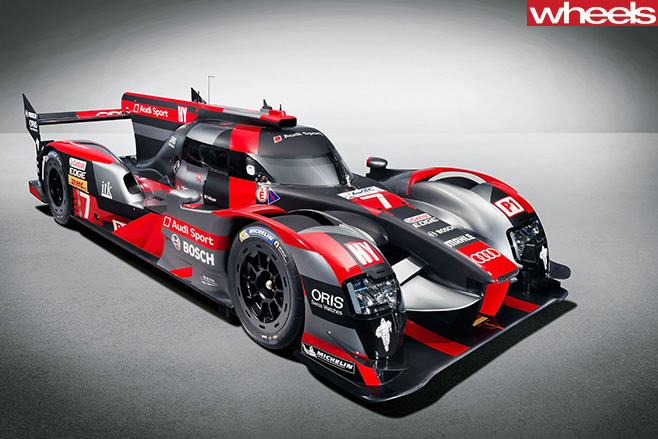 Audi has won Le Mans eight of the last 11 times with diesel power. The R18 is the only diesel-fuelled car in the top category of endurance racing.

CHASSIS
Even though this is the third Audi LMP1 car to be badged R18, it is an all-new chassis for 2016. Almost nothing has been carried over from the 2014/2015 chassis.

Its structure is made from carbon fibre reinforced plastic with a core of honeycomb aluminium. Layers of an exotic synthetic material called Zylon have been added to the car's flanks to protect against side impacts.

The minimal allowable weight of an LMP1 car is 875kg, about 250kg heavier than a Formula One car. 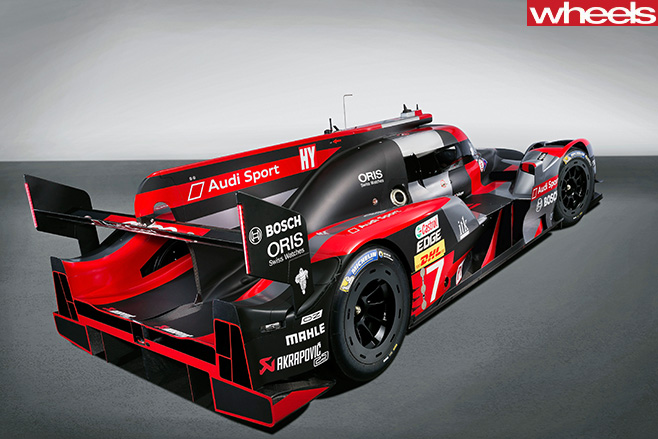 GEARBOX
Audi has dropped a cog from its newly-designed gearbox, going to a six-speed from a seven-speed transmission. That makes the gearbox lighter than before, and optimisation of the engine means Audi's engineers were able to lose a gear and still maintain a good spread of ratios.

The gearbox is shifted via paddles on the steering wheel. Top speed is 324km/h on the Mulsanne straight. 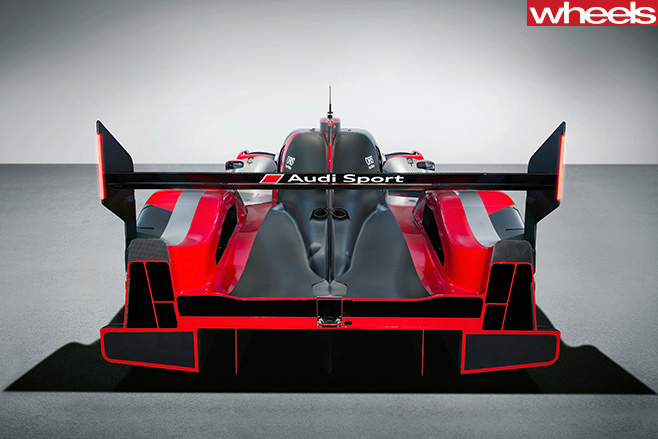 Storage for those electrons is up 50 percent; from 4 megajoules (MJ) to 6 MJ, now housed in lithium-ion battery cells next to the driver.

The Audi actually generates less electricity, but can use more fuel than the Porsche and Toyota LMP1 cars. Those two moved up to the 8MJ class this year.

TYRES
Michelin and Audi work in partnership to create tyres with custom compounds specifically engineered for the R18 LMP1. Each team uses its own special tyres and the details are kept confidential. The rules allow for 48 sets of slicks per car at Le Mans.

It is understood most LMP1 teams have at least six different compounds of tyres, covering everything from extreme wet weather conditions, to cold/damp track running, through to ultra-soft, high-grip slicks, and others in between. 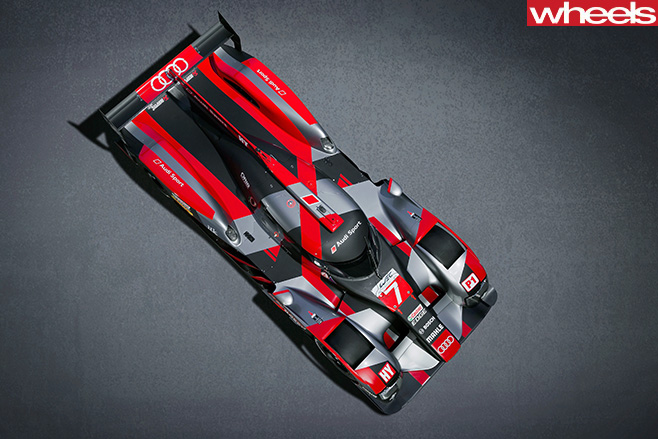 AERO
Airflow has commanded an unprecedented level of attention for the latest Audi R18. There are canards and vanes tucked away neatly all over the bodywork. Even the wheels have flow conditioning rings around their outer lips.

A better framework for aerodynamic changes and weight reduction was brought about by altering the R18's proportions. The driver’s legs have been elevated and the seat back inside the cockpit is more upright. What is difficult to see without context is how small the R18 is; it's two metres wide, yet shorter than an Audi A4 and barely a metre high.

DATA
Several-hundred gigabytes of data is generated by the car’s telemetry systems during the race. Sensors and on-board electronics generate a stream of information that transfers to the team via radio in millisecond intervals across more than 1000 channels. Audi says the R18 LMP1 is the most complex car it has ever built.

Each R18 has a crew of 25 engineers who constantly monitor all of the car’s functions from a facility behind the pit garages. A total of 120 people make up the pit crew for the two cars. 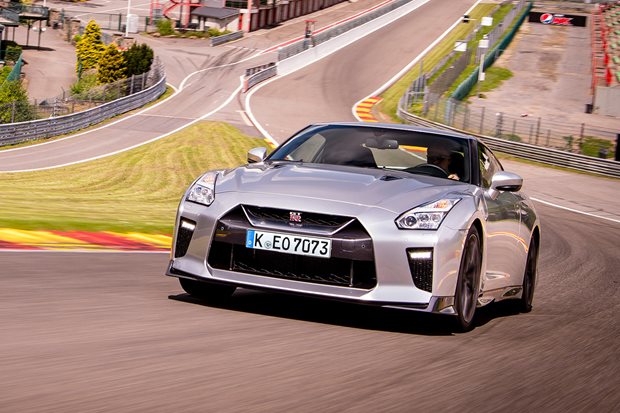 Flat out around Spa Francorchamps in a Nissan GT-R

Wheels learns the tricks to mastering the Belgian monster