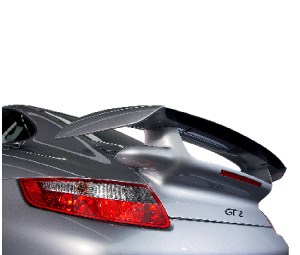 MOTOR magazine's reigning Performance Car king, Porsche’s awesome 911 GT2, will be de-throned by an even faster version next year

MOTOR’S reigning Performance Car king, Porsche’s awesome 911 GT2, will be de-throned by an even faster version next year.


The ultimate Stuttgart stormer will be the last of the current 997-series 911s to be updated in Generation II-spec before the all-new 991 model arrives in 2011, with our European sources indicating it will receive the full RS treatment to ensure it remains the king of the 911 family.

And it’s only going on a carbonfibre and perspex-fed diet to keep it ahead of the regular 911 Turbo when it receives the Gen II update later this year. Porsche admits the updated Turbo with a quick-changing PDK transmission is likely to outstrip the current GT2 in the sprint to the speed limit with the potential for a low-threes run to 100km/h, so is promising a “GT2-plus” upgrade late in 2010.

Before then, it has continued drip-feeding information on the upcoming Panamera with confirmation this month that the four-seater will debut five world-first innovations when it launches at the Shanghai Motor Show.

These include the first application of stop-start technology with a dual-clutch PDK transmission, active aerodynamics with a multi-stage adjustable rear wing on the flagship Panamera Turbo, and air suspension that has additional volume when required to offer an even greater variation of ride control and comfort.