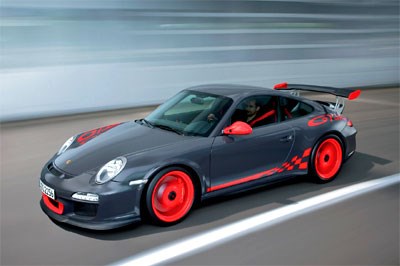 Get shouted down by the aggressive body language; hear it roar.

Delivering even more engine power, than any previous GT3 model - and weighing less, with shorter transmission ratios, and upgraded body and suspension components too - the tough, tarmac hugging RS competition-based variant will debut at the Frankfurt Show next month.


The purest of all the 911s, the new Porsche 911 GT3 RS is the platform for the homologated race version which competes in Porsche Carrera Cup and Supercup series all over the globe.

The regular 911 GT3 is a powerful, lighning-fast car. This limited edition RS track runner uses the same new 3.8-litre naturally-aspirated engine, but with 331kW of power - 11kW more than the standard GT3 and 26kW more than the previous generation GT3 RS.

The new 911 GT3 RS's specific output of 87kW per litre from the boxer six-cylinder engine is a stunner for an atmo.

Uniquely, too, this high-performance engine has amazing versatility and remains comfortable toddling down to the shops.

Ratios are shorter than in the base GT3, trading high-speed touring for wicked track urge.

The RS's aerodynamics are also taken to next level with even more downforce than on the standard GT3.

The attention to detail is impressive. Dynamic engine mounts are standard. Depending on driving conditions, the mounts change in their stiffness and damping effect, improving the connection between the engine and the body when driving under very lively conditions, yet they allow for more comfortable conditions during street use.

With an eye to weight saving, Porsche is introducing a lithium-ion battery which, when replacing the conventional lead-acid battery, eliminates more than 10 kg.

Local pricing for the new 911 GT3 RS will be announced closer to the car's on-sale date in April next year.

Porsche Cars Australia is again predicting this limited-edition RS will sell out either in advance or soon after local sales start.

The previous-generation 911 GT3 RS sold out well before the first cars landed, and PCA is already holding 20 orders for the new car. 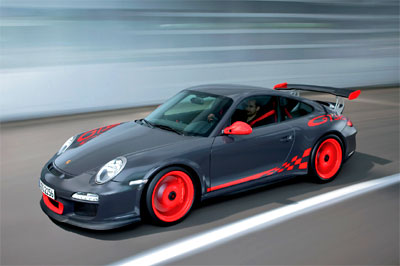 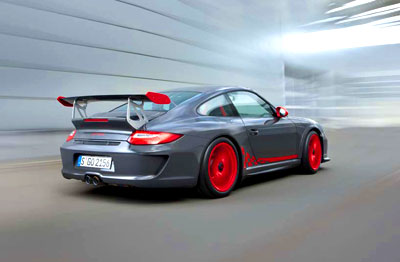 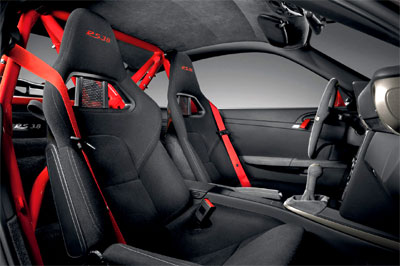