Reinventing the wheel: The airless tyre 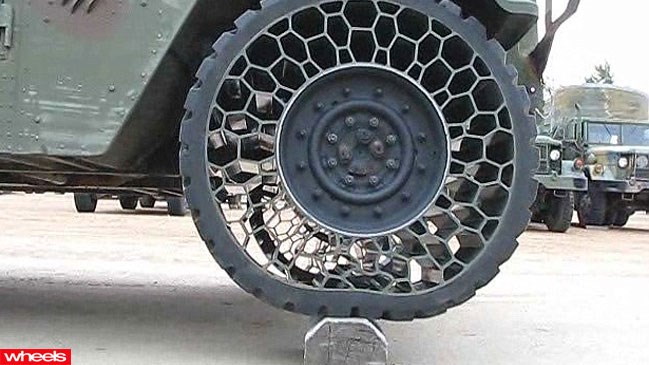 Throw away your jacks, spares and puncture repair kits. The future is here.

Throw away your jacks, spares and puncture repair kits.

The future is here.

It’s called the ‘airless’ tyre and if you fit it to your car – which you’ll be able to by the start of next year – you’ll never get a puncture again. Ever.

Originally designed for the US military by off-road specialists Polaris, these ‘airless’ tyres will be put on the market in early 2014.

Sounds great doesn’t it? But we can already hear the question in your mind: what do they ride like?

Runflat tyres are notoriously rough on the road, so it’d be easy to assume this ‘airless’ rubber would be even worse.

Not so, says Polaris.

The company claims its new rubber is actually smoother over rough terrain and is quieter than its air-filled rivals.

Apparently they don’t ‘hum and drum’ like a conventional tyre.

Polaris also claims the new rubber has been put through ‘military grade testing’.

They have withstood gunshots and been driven on for hundreds of hours and thousands of kilometres. 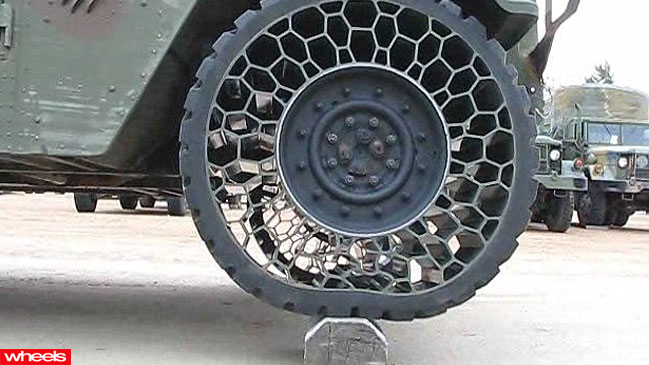 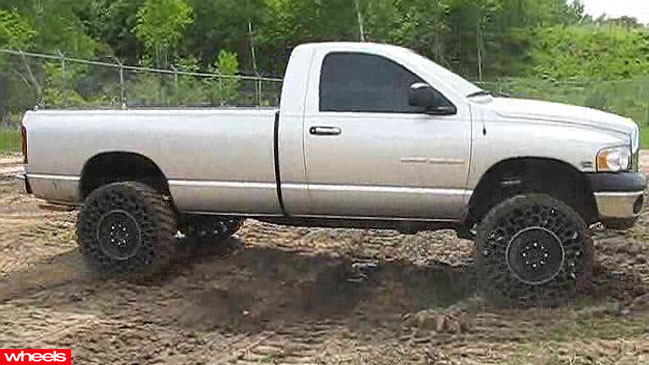 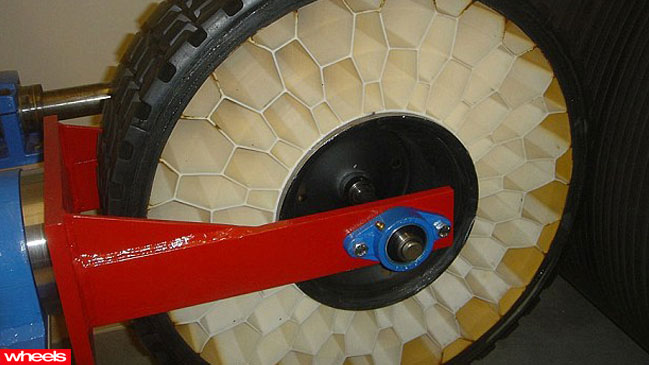 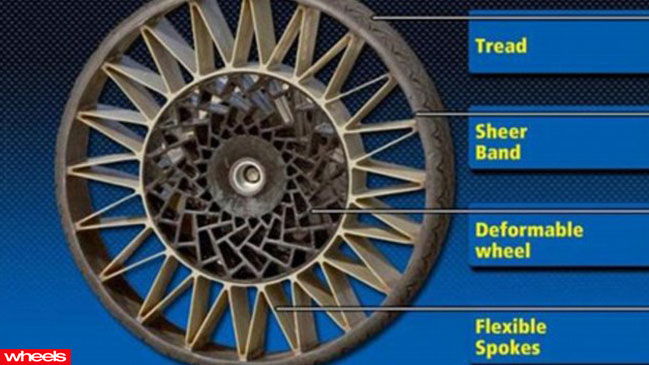