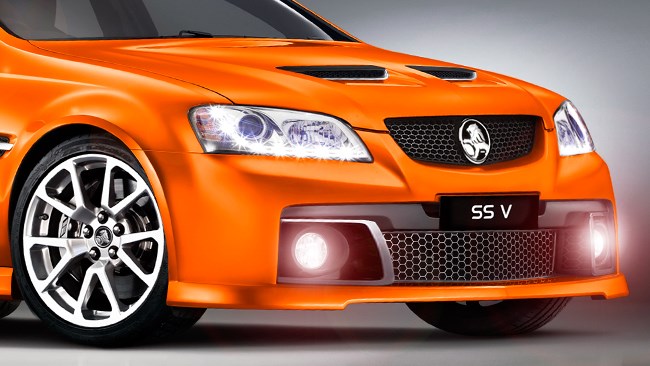 We lift the lid on Holden’s plans for VEII

Holden is at work on a sharper, greener new VEII Commodore, and it’s expected to be unleashed on showrooms in October.

The July issue of Wheels delivers a scoop first look at the VEII facelift four years in the making, which introduces the first major styling updates for VE since it went on sale in 2006.

But beneath the tougher new look lurk mechanical and interior upgrades designed to help Commodore retain its mantle as Australia’s favourite car.

There’s a green angle, of course. We saw the introduction of the direct-injected 3.0- and 3.6-litre SIDI engines, along with cylinder deactivation on V8 models in 2009. Now the headline act is an E85 ethanol-burning version of the 3.0 V6 capable of running on a fuel blend of up to 85 percent ethanol.

The styling refresh is intended to reap maximum visual bang for minimum development dollars, and is based around new bumpers and grille, headlights and taillights.

Featuring among the changes will be LED headlight inserts and taillights for high-end Calais and SS models, an aggressive front bar and grille with sharper crease lines, and a diffuser-style rear bar with integrated exhaust tips for hot versions such as SV6, SS and SS V.

Inside, the major update is a touch-screen infotainment interface as part of a redesigned centre stack and console, while new, high quality trim and soft-touch plastics will lift cabin ambience into the new decade.

For more details on Holden’s new Commodore plus all the latest automotive news and views from around the globe, grab the July issue of Wheels, on sale now.