For five Formula 1 seasons the rivalry between Sebastian Vettel and Mark Webber grew in intensity, building from a simmer to a boil to an outright explosion at the 2013 Malaysian Grand Prix when Vettel disobeyed team orders in the infamous ‘Multi 21’ saga.

Who was the quicker driver, though? Or, more specifically, do the results accurately reflect the respective talents of Vettel and Webber, for those results state that Vettel was markedly superior. 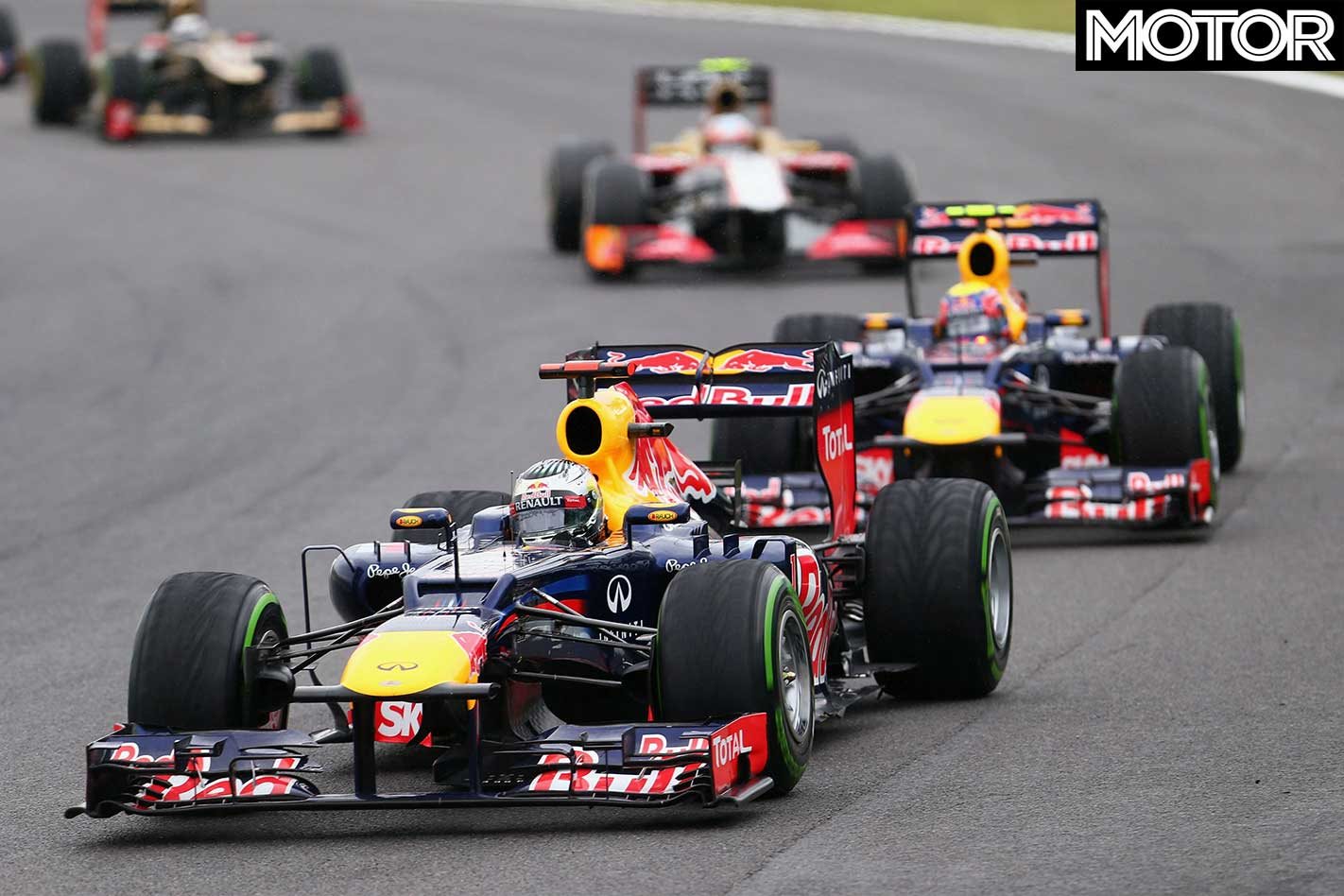 To those in the know, however, the differences weren’t quite so stark. Australian engineer Stephen Mitas worked closely with both drivers during his time as a simulation and data analysis engineer for Red Bull Racing and says: “Overall, on average, they were lineball; I wouldn’t say Seb was quicker than Mark or vice versa.

“One thing I could say I suppose is that Vettel was always stronger in slow-speed corners, blown diffuser or not, and Mark tended to be a bit stronger in high-speed corners. Mark was a crazy guy because there were some tracks where he was god. In some of the high-speed corners he did things in those cars which were like “geez, are you sure?

“[However] most racetracks you have a bias from a lap time point of view towards being better getting off a slow corner than you do getting off a fast corner and I think this was fundamentally the difference. Mark was probably a little bit too aggressive, if you ask me, on the brakes which compromised him on the exit, this is an oversimplification of course.” 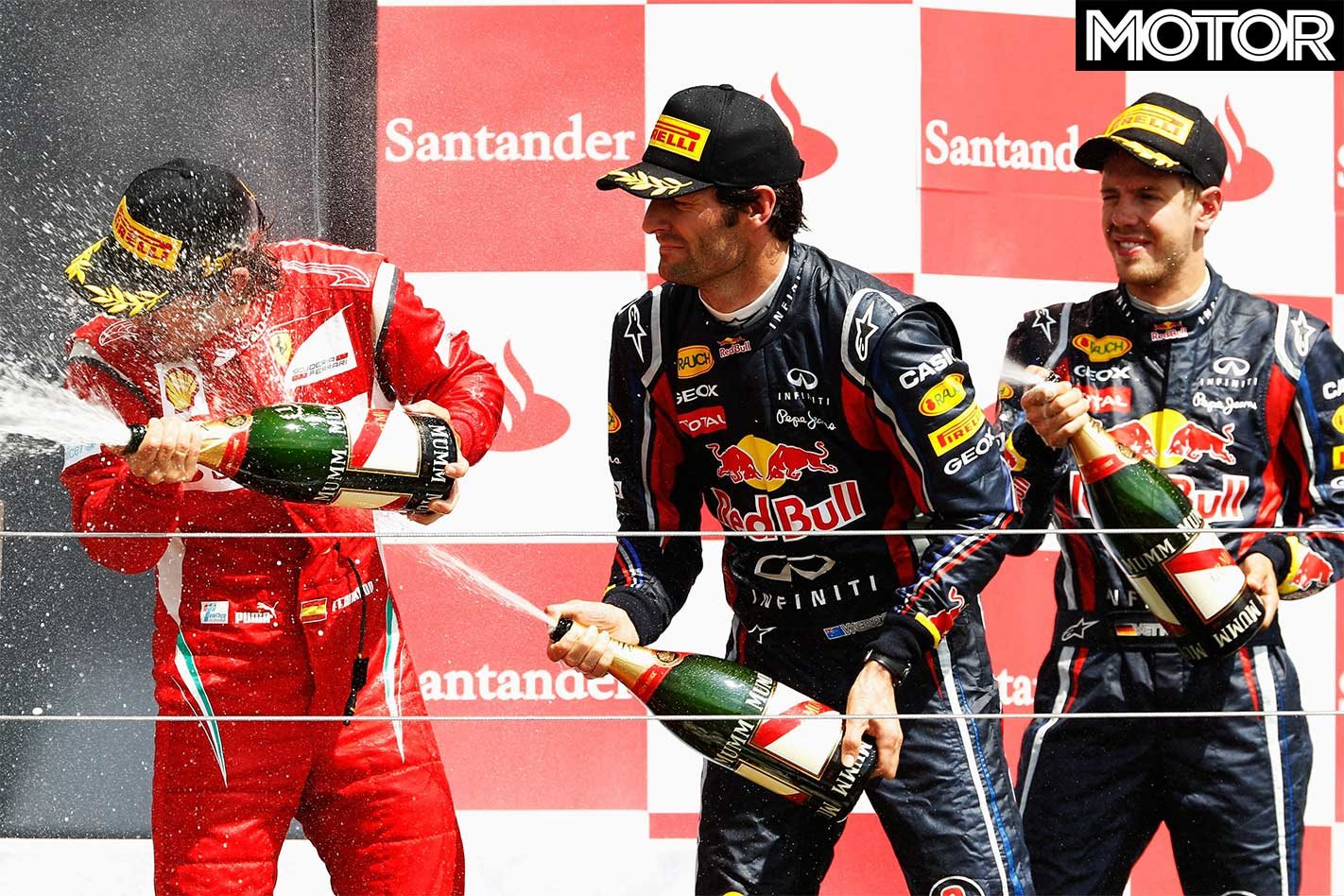 These comments neatly align with those of F1 design supremo Adrian Newey who spoke on the topic on a recent Motorsport Magazine podcast: “I think Mark was, generally speaking, quicker in the fast corners. He obviously had a very good eye for fast corners. Mark’s weakness, if anything, was tyre management and that particularly hurt him when we got onto the Pirellis that were more fragile than the Bridgestones before.

“But Sebastian had a very good technique for rotating the car in classic open corners. Sebastian, contrary to popular belief, to get the car rotated early on he liked the rear to be really stable, so he is not tolerant of turn-in oversteer whereas Mark Webber actually, who you might think is the driver that wants a a slightly more stable car, is the opposite, he was more comfortable to have the car moving on entry because he didn’t concentrate quite as hard as Sebastian did on getting the car rotated very early on which was Sebastian’s big thing.” 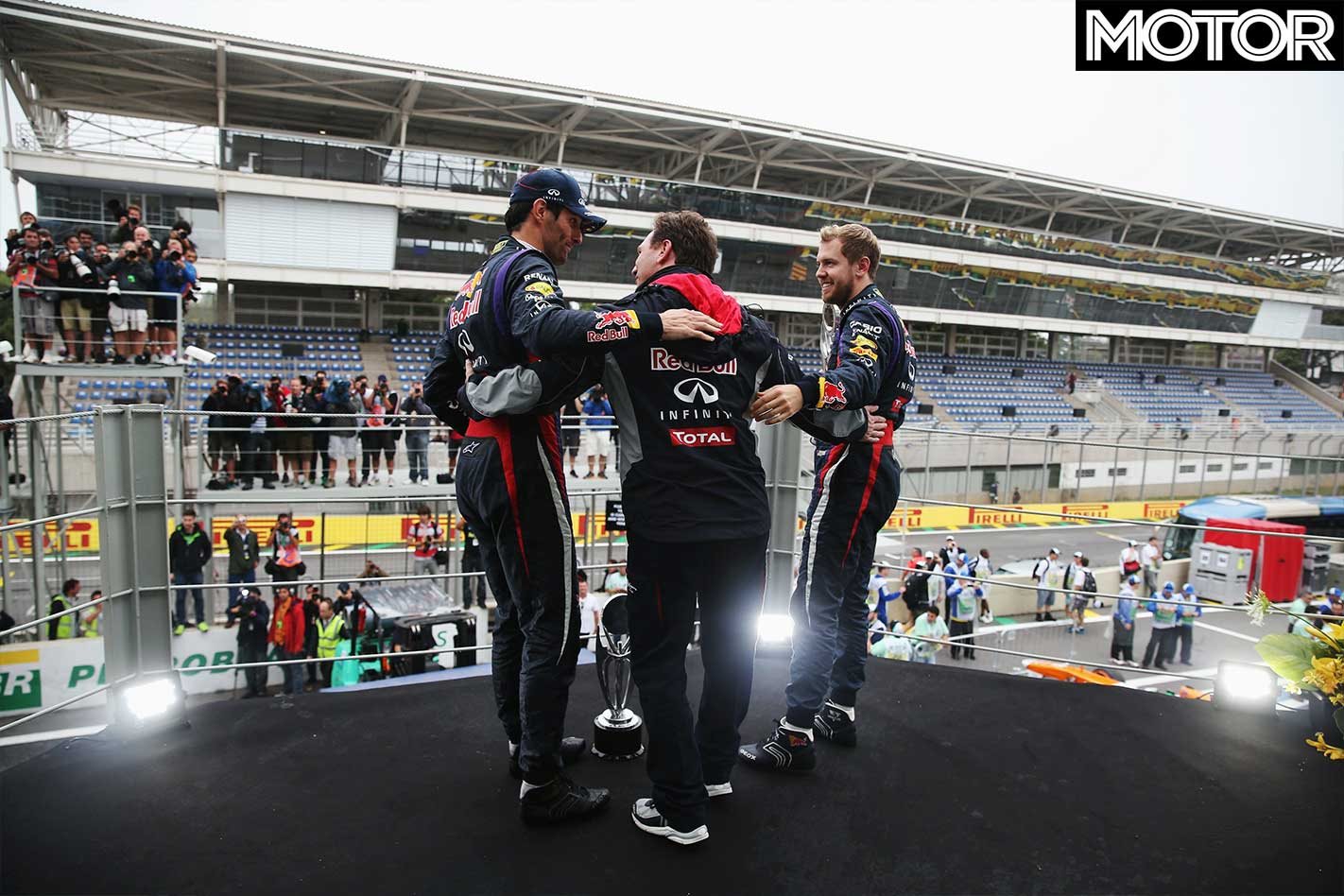 The key takeaways are that any differences between the speed of Webber and Vettel is primarily down to timing. Webber’s style, honed in mega-downforce, huge horsepower machines like late-’90s GT1 and early-2000s F1 cars, didn’t suit the more gentle approach required by the V8 F1s of the late-noughties and, in particular, the Pirelli tyres.

Vettel’s style couldn’t have been a better match. His tendency and ability to rotate the car early and focus on the corner exit were an advantage in this era that the arrival of exhaust-blown diffusers only enhanced.

In essence, the two were very evenly matched with Webber capable of outperforming Vettel - “sometimes Mark was walking on water” says Mitas - but the cars of 2009-2013 favoured Vettel’s driving style. We’ll leave the last words to Newey: “Slightly different styles mean that you do see differences in driver performance if the car’s handling slightly differently amongst teammates.”