Smaller cars save more than you think 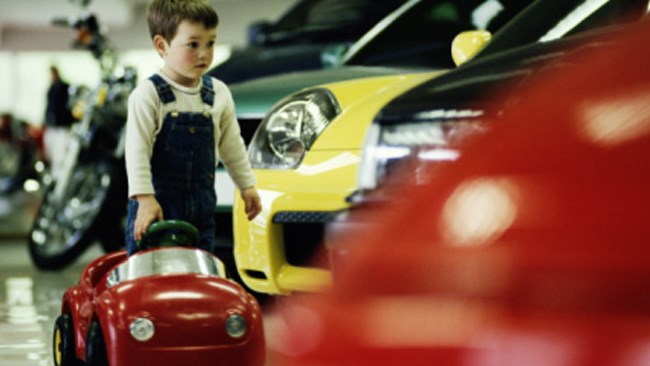 Ok, so small cars save on fuel. But did you know that your registration fees can be almost half that of a larger car?

You may be aware that smaller cars usually use less fuel than larger cars.


Did you also know that your registration fees can be almost half that of a larger car? It's not just the fuel savings that make owning a smaller car a sensible choice for modern motorist. Registration, tyres and other running costs are significantly lower for smaller cars.

For years Australia's biggest selling cars have been large sedans. It's only in recent time that we have started to consider smaller alternatives and with modern design making smaller cars just as safe as their larger alternatives, the case for the "big Aussie six" is getting weaker.

It seems that most state governments are in agreement with this and many have started offering incentives to drive smaller cars.

Queensland's registration costs are similar to NSW, however their system works on the number of cylinders the car's engine has. A 4-cylinder powered car costs $262 a year, while a 6-cylinder engined car costs $415 and a V8 costs $581.90, more than double that of the 4-cylinder.

SA's system is similar to Queensland, in that the categories are grouped into the configuration of the car's engine. 4-cylinder cars cost $99 a year, 5 or 6 cost $201 and 7 or more cost $292. In Western Australia their system is even more specific, in that a set fee per 100kg is charged, meaning that a 1000kg vehicle costs around $167 while a 1600kg car costs $267. Victoria seems to be a little behind the trend here in having a flat fee for all private cars.

Another significant saving to be had with smaller cars is with tyres. Modern large cars have wheel sizes that have grown dramatically in recent times. 16-inch wheels are only found on base models, with 17-inches and upwards being the norm.

If you have the sports variant of a large sedan, such as the Holden Commodore SS, than 18 or even 19-inch wheels are standard fare. A single 19-inch tyre of a comparable standard to the factory fitment retails for upwards of $400.

A similar quality tyre for a small car may be a 15-inch size and retail for around $150. Multiply that by 4 and you have a saving of $1000. The savings are even more significant if you compare a small car to a large 4WD.

Servicing costs are another major expense for motorists, and that varies more on the manufacturer and who is doing the servicing more so than the size or configuration of the car. It is however, worth considering these costs, as well as the service intervals, when looking at purchasing your next car.

Sure if you have a large family, or have towing requirements, a large car is still often the winning choice, just be aware that it can cost you considerably more on a daily basis. Not just on fuel. Now that modern small and medium cars perform well, have similar luxury features to their larger counterparts and are often just as safe in crash tests.

When it all adds up, it really is worth a lot more to downsize.