This is your new top-of-the-line Mercedes Benz 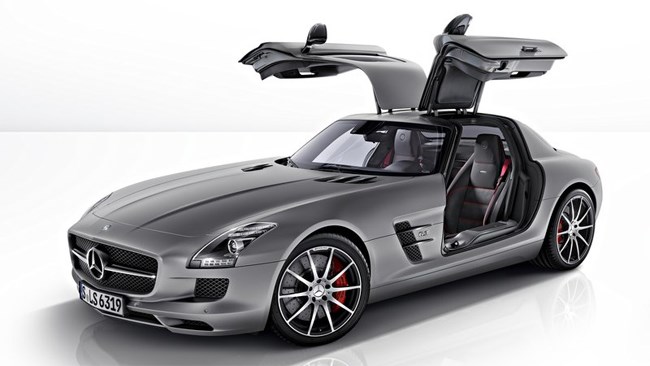 Mercedes' flagship car — the SLS AMG — is soon to be dead. But don't think for a second that the car boffins of Stuttgart would leave us without a fire-breathing, tire-shredding Ferrari and Lamborghini rival to fawn over — because here is its replacement: the SLS AMG GT.

Mercedes' flagship car — the SLS AMG — is soon to be dead. But don't think for a second that the car boffins of Stuttgart would leave us without a fire-breathing, tyre-shredding Ferrari and Lamborghini rival to fawn over — because here is its replacement: the SLS AMG GT.

And the newcomer is more than just a pair of extra letters.

Power from the Merc's behemoth 6.2-litre V8 is now up an extra 15kW to 435kW. Combine this with the upgraded seven-speed double-clutch gearbox, which has been tuned for quicker shifts, and you can now get to 100km/h in 3.7 seconds. Its top speed has also been increased to 320km/h, while fuel consumption sees a slight drop of one-tenth down to 13.2L/100km.

The outgoing model's "Comfort" mode has also been dropped in favour of "Sport Plus", indicating that Mercedes are very much pushing for the SLS AMG GT to be a pure-bred racer.

There's also the option of an "AMG Designo Executive Style" package if you're so inclined — which you may as well be if you're willing to fork out the money the SLS AMG GT is likely to cost. It includes diamond-patterned leather seats, a leather dashboard, Alcantara roof lining and porcelain-coloured, leather-edged floor mats.

Exterior styling has been largely left alone in favour of these mechanical tweaks, with those familiar upwards-opening Gullwing doors still available to let the passing plebeians know who's boss. There's also a roadster version if you don't want quite that much attention drawn to yourself.

Sadly the SLS AMG GT is not destined for Australian shores. But don't despair; word on the street is that an even more powerful model, likely to be called the SLS AMG Black Series, will arrive here sometime in 2013. Pricing should be somewhere around $500,000. Brace yourselves! 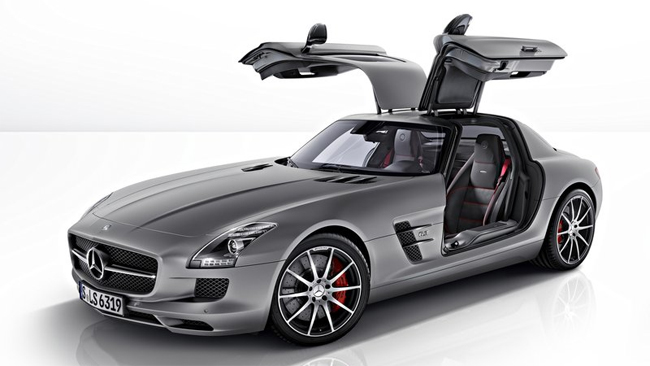 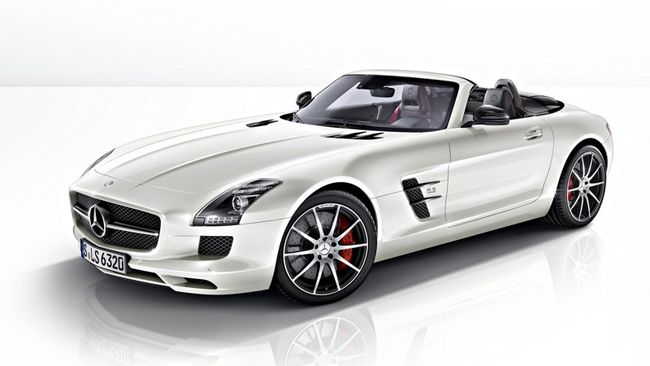 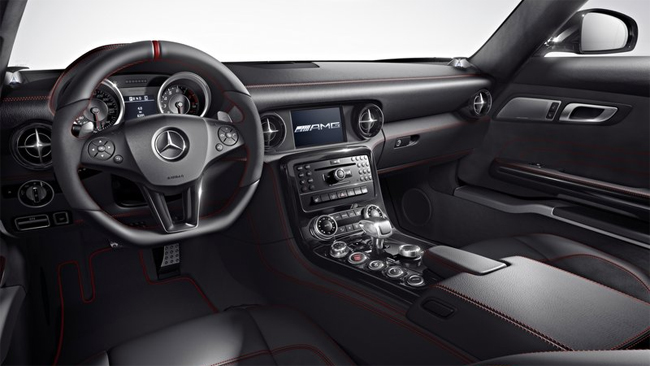