WHEN you look at the very first Falcon and hold it up against the FB Holden, alongside which it sold brand-new, you can see straight away that the Ford product was a lot racier.

While the Holden looked like a seven-eighths scale model of a ’57 Chevy, complete with tailfins and a dripping-with-chrome front end, the XK Falcon looked like it had just landed from the Planet Blatt.

Line the pair up in a drag-race: the Holden’s old grey six with its 138 cubic inches and gasping 56kW was absolutely no match for the Ford’s optional 170-cube mill complete with 75kW. In fact, even the basic 144 cubic-inch Falcon six had enough urge (67kW) to see off the frumpy old FB. 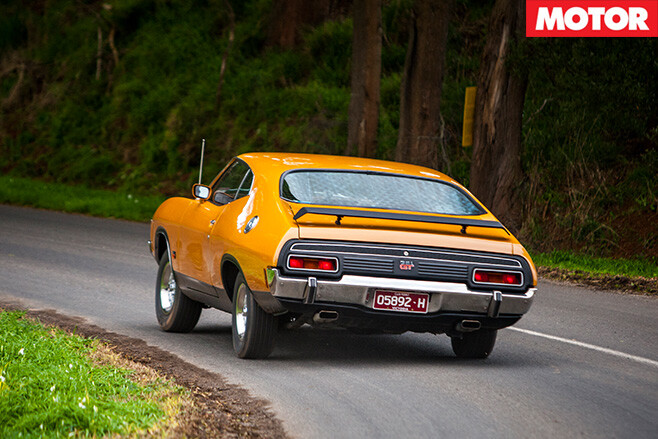 In that context, the Australian-made Falcon has always been about performance. But even back in the ’60s, Ford understood that performance was important for a lot of Aussies looking for affordable, practical family wheels.

Arguably, the first proper performance Falcon was the XM Falcon Deluxe, which could be had with the new 200-cube Super Pursuit complete with 90kW of rippling gristle. The XM was also the first Falcon to be available in a hardtop coupe format, beating Holden to the two-door punch by a good four years. So, yeah, the Blue Oval has a few runs on the board in this department.

It wasn’t too long before we, as a nation, were in the grip of the whole Bathurst phenomenon. It was a time when the cars that won at Mount Panorama were, more or less, the same cars you could waltz into a showroom and buy. Just like that. This was arguably the true golden age of motoring in this country; where a reasonable approach to open-road speed limits met cheap petrol and big Falcons came with big engines and lairy stripes. 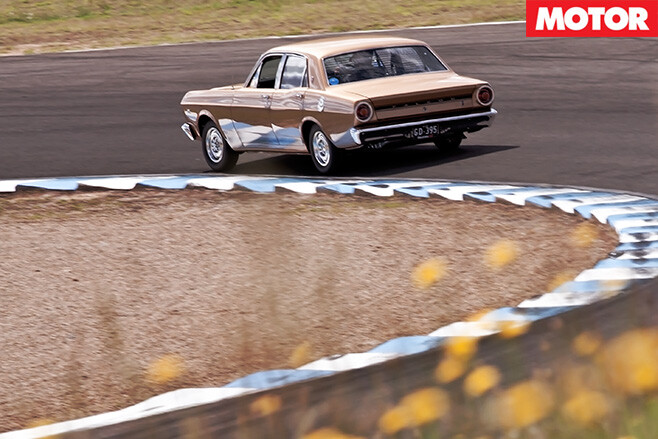 The supercar scare almost put paid to that, but, as ever, engineers work best when somebody is shooting at them. Before too long, the Aussie performance sedan had been reinvented and had taken on a Euro flavour. Holden resorted to a re-engineered Opel and Ford worked up a one-and-a-half-times scale model of the Pommy Granada, called the Falcon XD.

Again, Bathurst sang her siren’s song and the Falcon saluted. International Group A rules put a new twist on the whole homologation thing, but that allowed car makers like Ford to design road cars that were more civilised and refined, yet could still get the hell out of Dodge should that need arise.

The turn of the century approached and everything from the millennium bug to dollar-a-litre-unleaded loomed, but demand for Aussie sedans with big hearts didn’t falter. Why would it have? Improvements in engine management, engine design and even metallurgy ensured that even something like a Falcon XR8 with 5.4 litres of quad-cam V8 under its snout could get from one capital city to the next on about 10 litres per 100km. 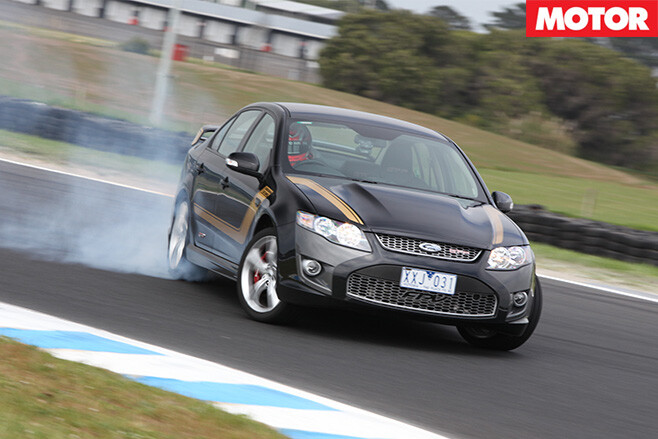 In fact, while the old enemy, Holden, stayed with a push-rod engine design, Ford really went for the technological doctor in later years with DOHC designs, turbocharged six-cylinders and even supercharged V8s. In fact, it’s the turbo six and the blown V8 Falcons that have been assigned the task of putting a full-stop on the fast Falcon dynasty and both have done so with meaning and clarity.

But the rich history of performance Falcons is coming to an end. Some have been race winners; some have been superb high-speed interstaters; others have wiped the floor with the competition; and many have combined all those traits. Every one of them is precious to us, never more so than in our darkest hour of locally produced performance cars. But which one is most special; most precious? Well, at the risk of starting fights in front bars all over this wide, brown land, stayed tuned over the coming days as MOTOR releases its take on the top 10 fast Falcons ever made.

We don’t expect everybody to agree with our order, but we’re pretty certain that there’s not a single car on this list that won’t elicit at least a silent nod of recognition from those that have ever redlined a Falcon of any sort through the first three gears.