Our favourite concept cars from the motor shows of 2014

Detroit motor show
It’s not often a Japanese brand upstages the American big three at their home motor show, but that’s exactly what Toyota did with the radical FT-1 at Detroit in January. Even better in an era where online leaks are more common than boring cars is that the radical FT-1 was completely unexpected. Hinting at an all new Supra sports car, the radical FT-1 drives the rear wheels with a petrol-electric drivetrain, something gamers could sample in the virtual world almost as soon as it clumsily exited its motor show box; it was made available as a download for Gran Turismo 6.

Detroit motor show
As if one sexy import wasn’t enough, Kia decided to make a left-right punch to the traditional American muscle with its GT4 Stinger concept. The very orange rear-driven coupe has the on-road presence sports car buyers crave yet with clean lines that reinforce the design maturity of the Korean brand. Under the skin, too, the GT4 had the goods, with a 235kW four-cylinder turbo and 20-inch tyres. Think of it as Kia’s answer to the resurgence in affordable sports cars, with Toyota’s 86 (and its Subaru BRZ twin) at the top of the hit list.

Geneva motor show
As Maserati was preparing to pop the Prosecco corks for its centenary celebrations it was also readying a styling and head-turning concept said to spruik the future look of its cars. As the brand begins expanding into more mainstream market segments – such as mid-sized sedans and SUVs – the Alfieri rammed home the point that Maserati can also build some of the world’s most elegant two-doors. The Alfieri has since been confirmed for production as a hero sports car to rival the likes of Porsche’s iconic 911.

New York motor show
Presence is something modern Land Rovers do well, from the Evoque to the big daddy Range Rover. Little wonder the Discovery Vision concept attracted its fair share of attention at its motor show debut in April. With clean, sleek SUV lines hinting at the new Discovery family (due in 2016) the Vision was as much about expanding and simplifying the Land Rover lineup as it was previewing a much needed fresh look. It also previewed some interesting technology, including gesture controls for functions such as the indicators, and Transparent Bonnet, which uses cameras to project an image on to the bonnet to show what you’re driving over.

Paris motor show
Sales might be disappointing but there’s no doubting Infiniti’s confidence and ambition. The sleek Q80 that was one of the stars of the Paris motor show was all about previewing a new sleek four-door to take on the luxury establishment by delivering “feminine elegance and muscular menace in equal measure”. Think Audi A7 and Mercedes CLS as prime rivals. Now that the Infiniti Performance Director, Sebastian Vettel, is driving Ferraris here’s hoping hard charging Aussie Daniel Ricciardo steps up to make the new breed of Infinitis more enticing.

Paris motor show
Show cars are typically about testing a new design language or showing off new technology, all with the aim of gathering feedback before rushing into something new. Not the Asterion. The chunky, almost retro-inspired two-door was all about having fun and showing what Lamborghini could do if emissions regulations forced it to revert to electric propulsion. The company says there are no plans to bring the muscular 669kW supercar – complete with V10 engine and electric motors that can drive the car on electricity alone for 50km - to showrooms, despite partial electric production cars from rivals such as Ferrari, McLaren and Porsche.

Concorso d’Eleganza Villa d’Este
Not all Minis have to be cutesy and chunky, as the Superleggera Vision concept proved when it was shown off on the shores of Lake Como in Italy in May. The roadster was more MX-5 than practical city car, prompting speculation the German-owned British brand would be trying to crash the drop-top market dominated by the Mazda MX-5. Created in conjunction with Mini and Milan-based coach builder Touring Superleggera the one-off concept looks light and agile enough to take advantage of the latest generation of three- and four-cylinder turbocharged engines.

SEMA show
Camrys are decidedly unsexy, uninspiring and unfast. Most of the time at least. The Sleeper Camry shown at the Speciality Equipment Market Association show in Las Vegas in November adhered to the unsexy Camry cliché but bucked the boring trend by being able to cut a quarter mile in less than 10 seconds. A modified body looks for all the world like a fleet pack Camry, right down to the factory-inspired alloy wheels. But flip the lid and there’s a 630kW V8 drag engine built into a tubular frame. Needless to say it’s the first Camry we’d own!

Detroit motor show
As car makers continue to downsize and cater for growing demand for all things small it’s no surprise shrunken SUVs continue to make headlines. Except that the Allroad Shooting Brake is more like an overgrown TT than a baby soft-roader. The high riding two-door showed off the more angular new look of the since-revealed TT coupe as well as the Virtual Cockpit said to improve functionality within the driver display. Along with the TT Sportback and TT Offroad Concept from shows later in the year it also adds weight to expectations the TT family is set to grow.

Goodwood Festival of Speed
It’s good to see a show car that is looking waaaaay into the future, like Nissan’s Concept Vision 2020. It’s difficult to see anything like it emerging from the often conservative Japanese brand, although there are elements you could see appearing on a future GT-R. Indeed Nissan admits it is one idea of how a future “high performance Nissan” could look. The PlayStation generation were the first to try the new supercar as a virtual download for the latest Gran Turismo game. 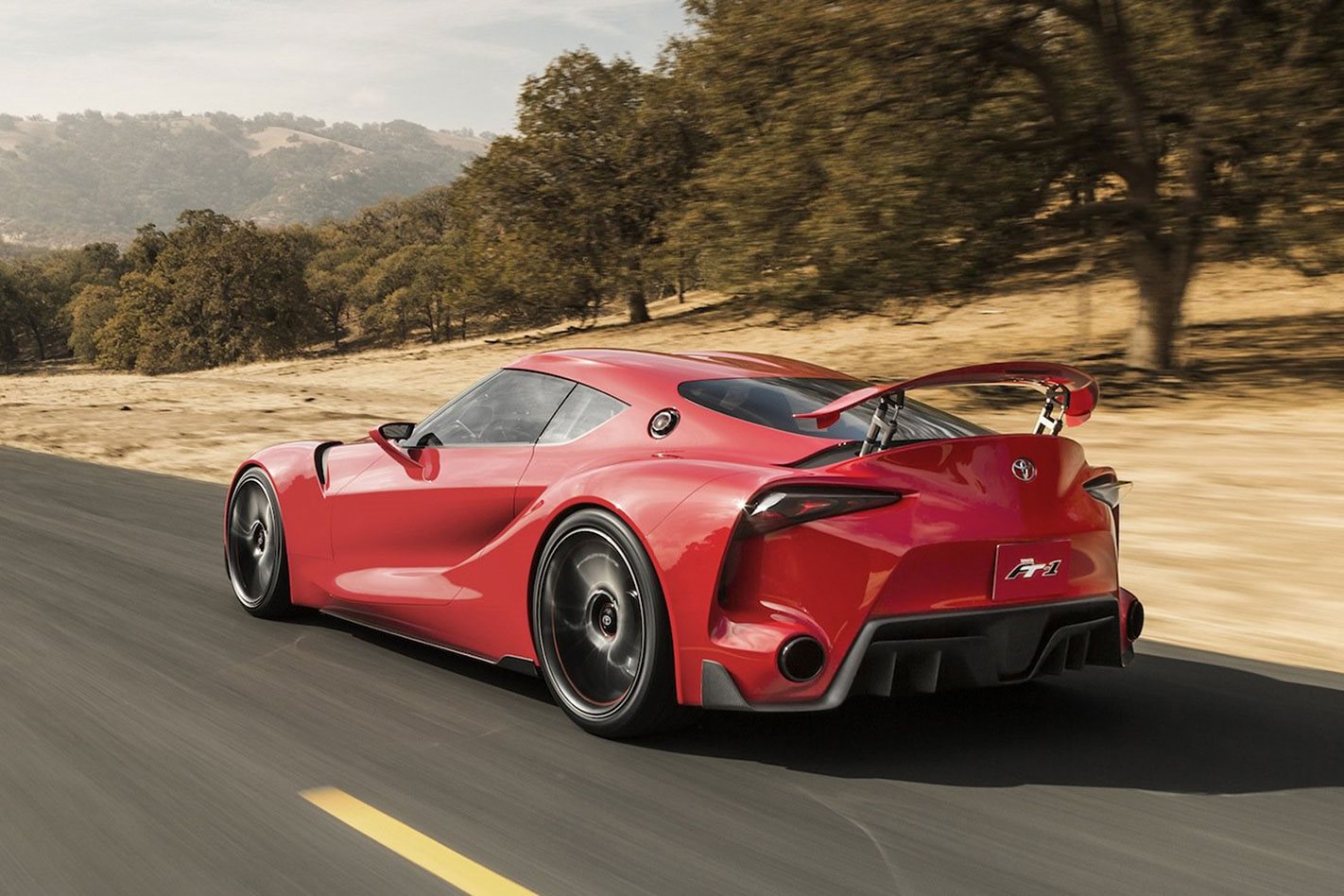 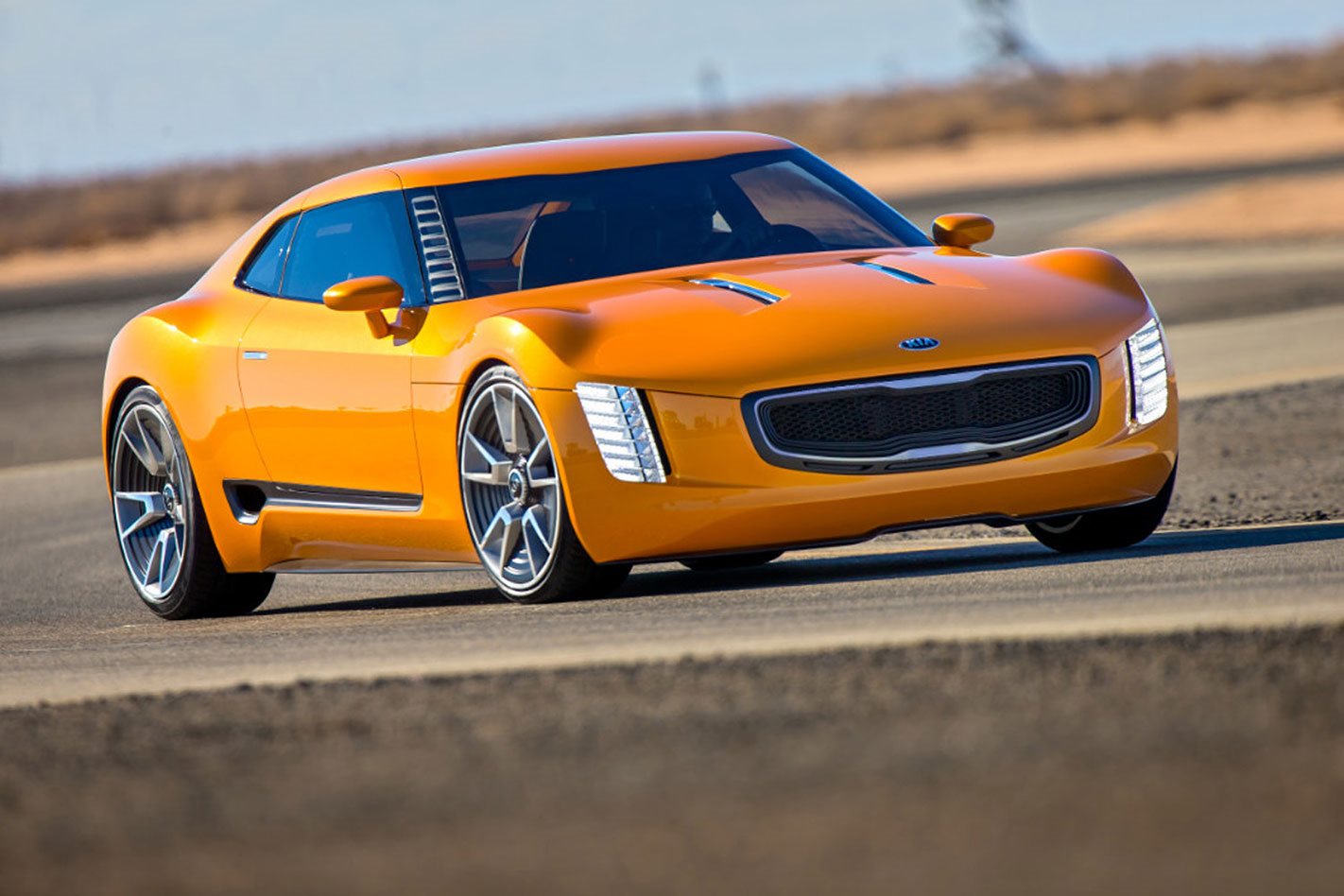 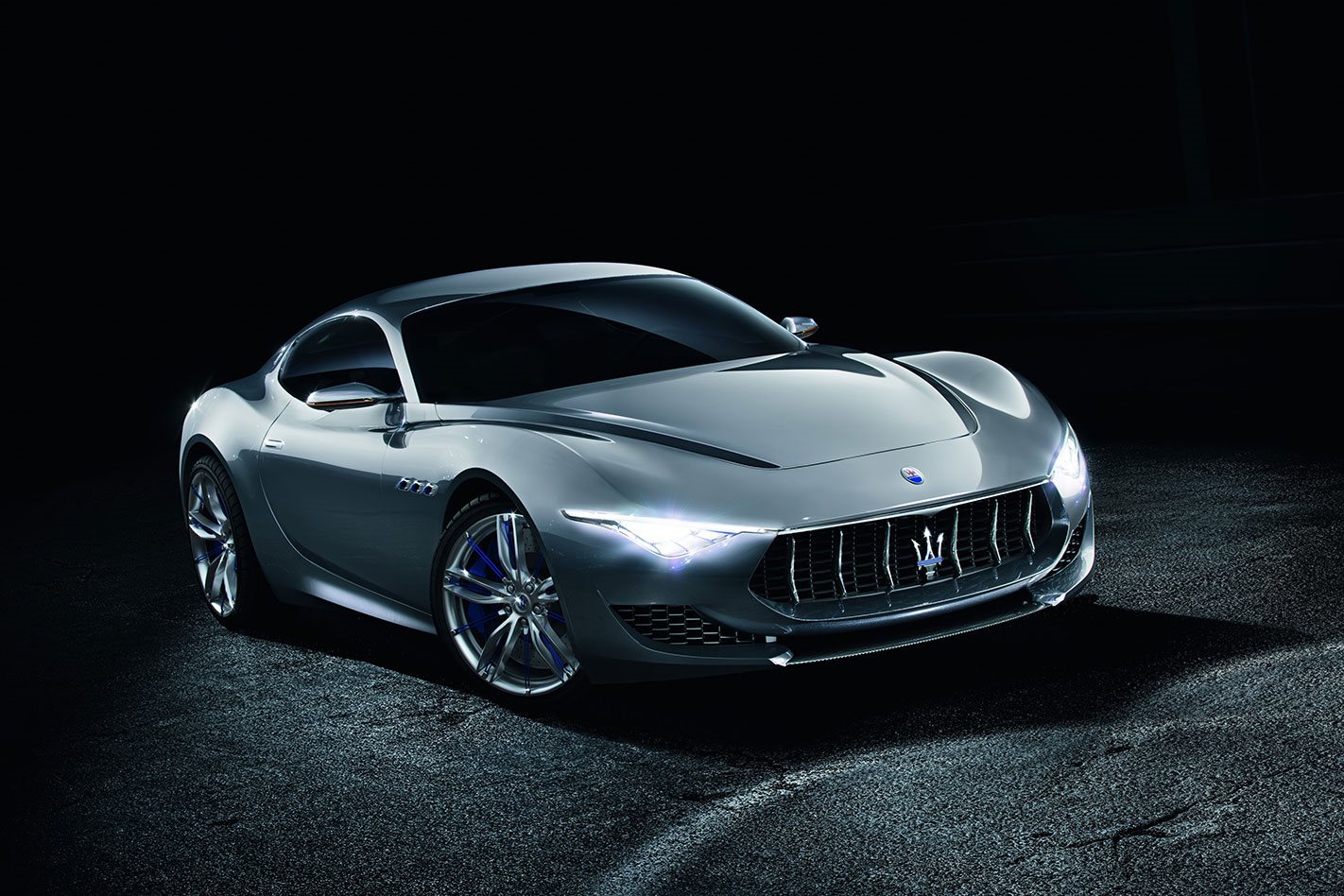 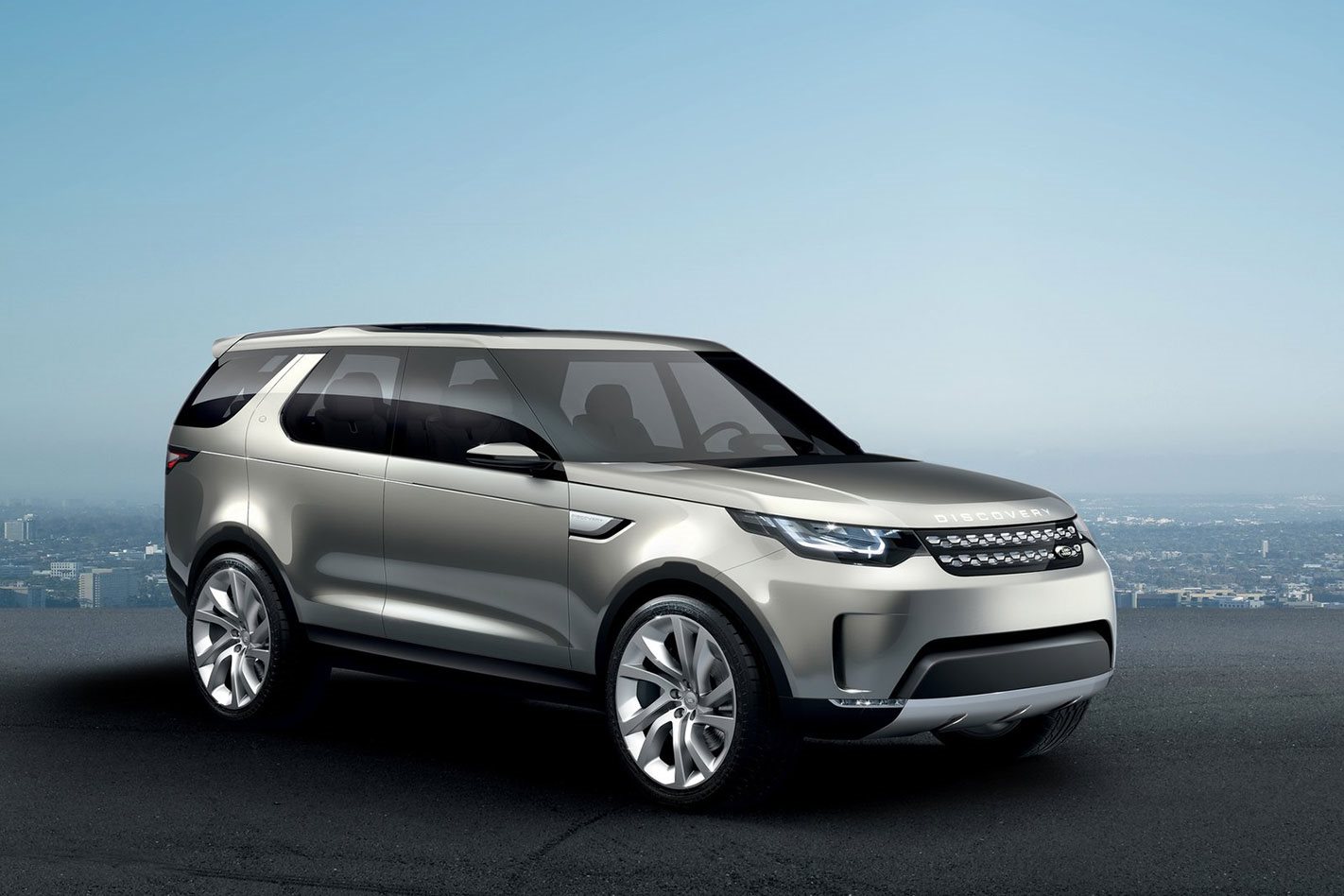 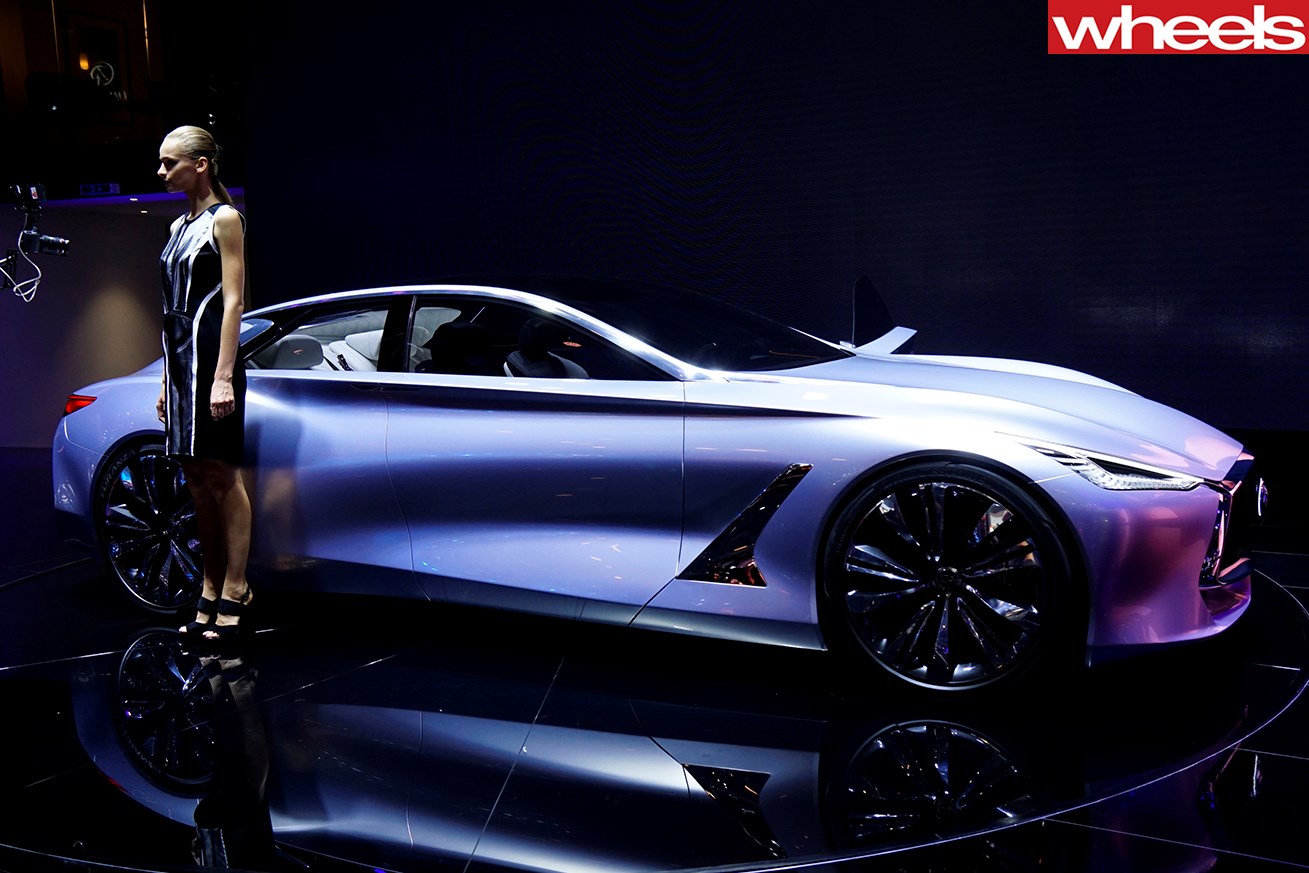 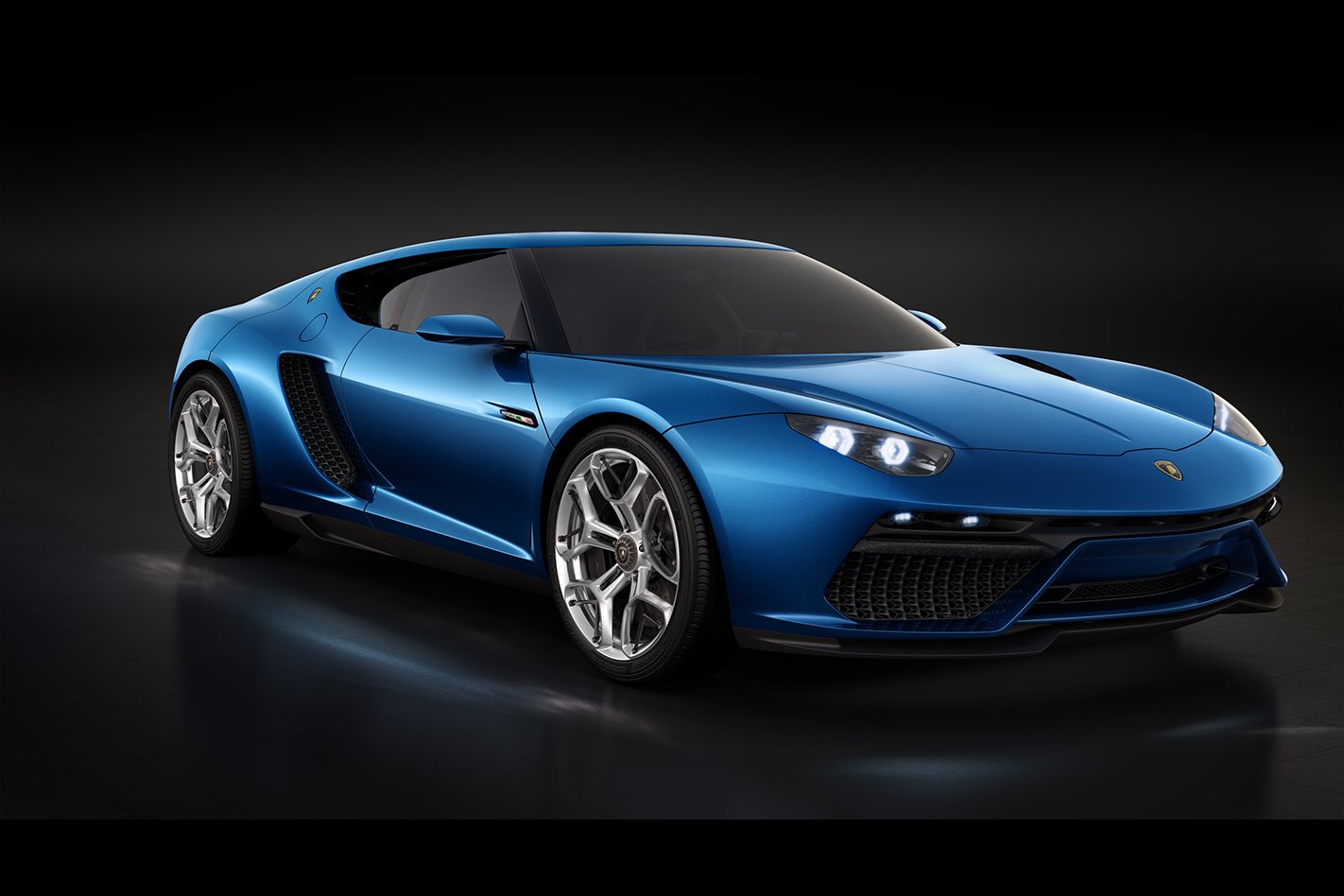 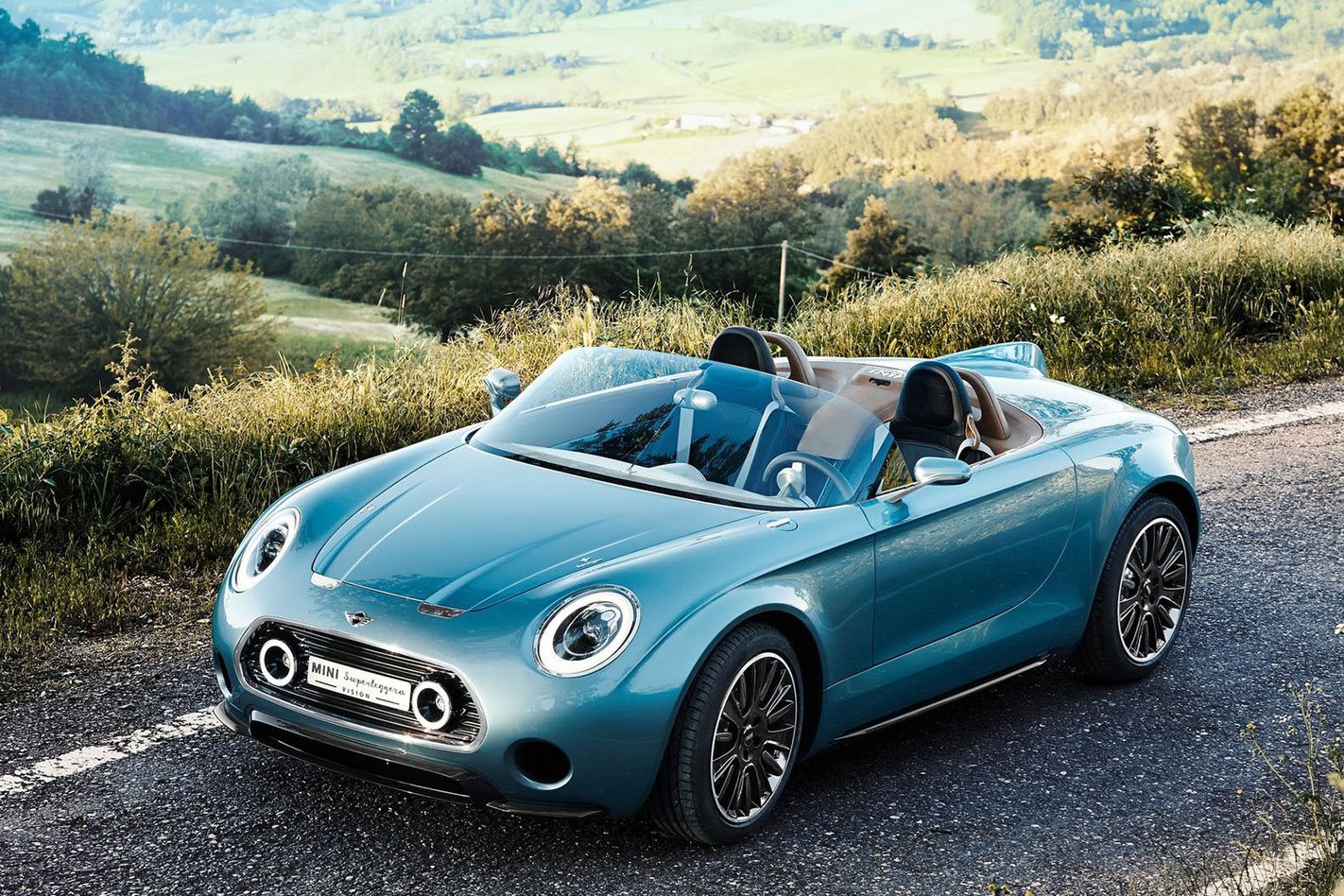 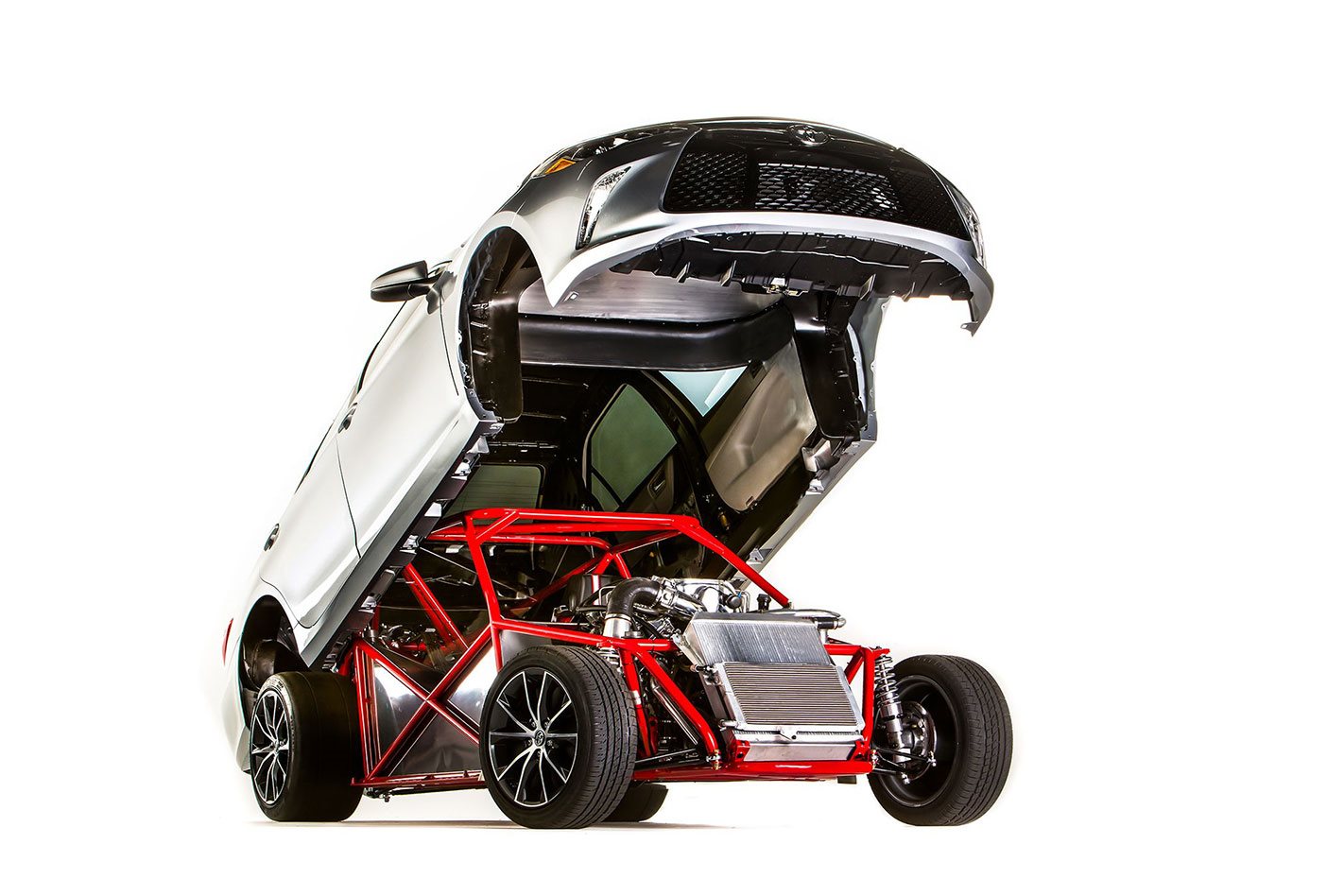 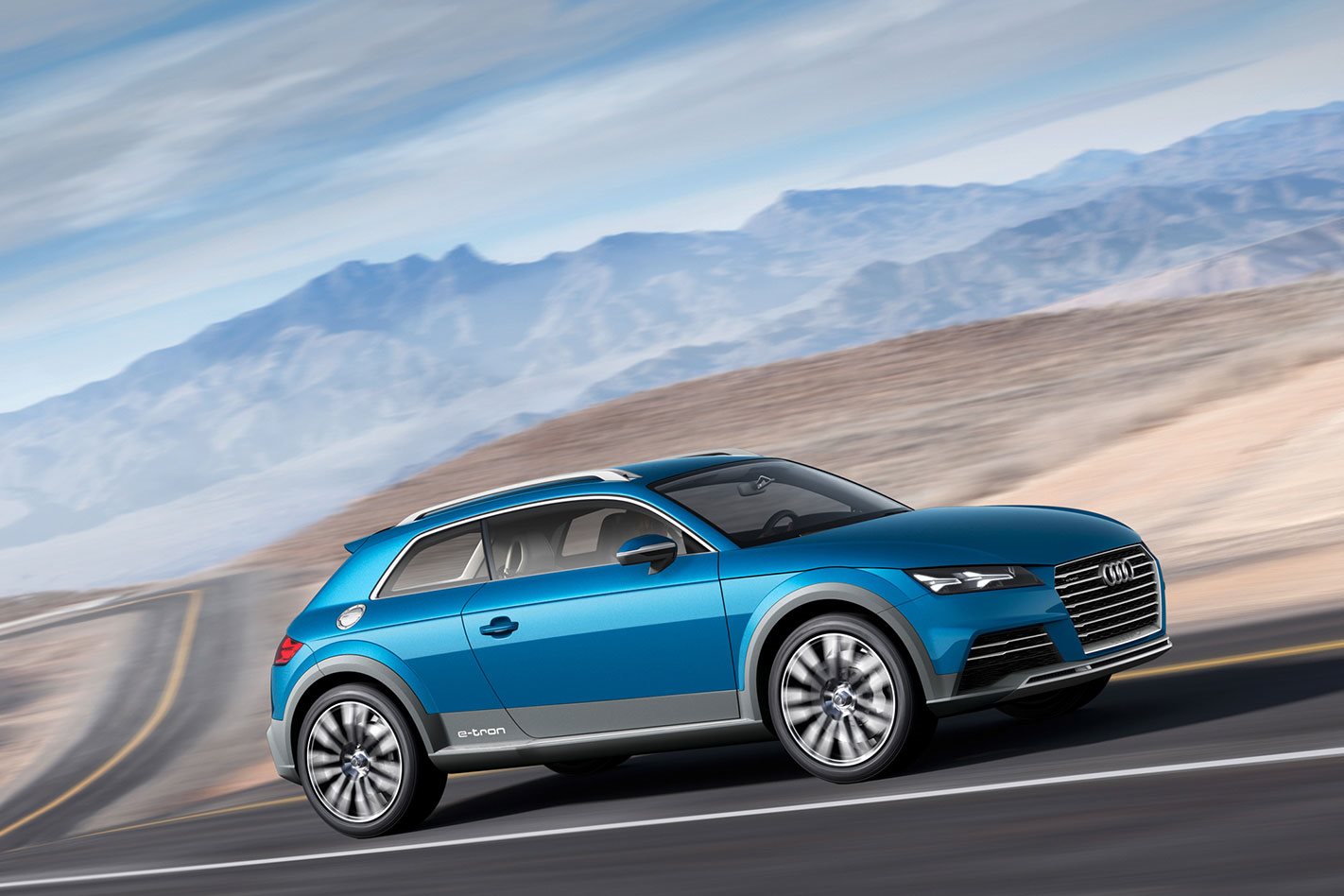 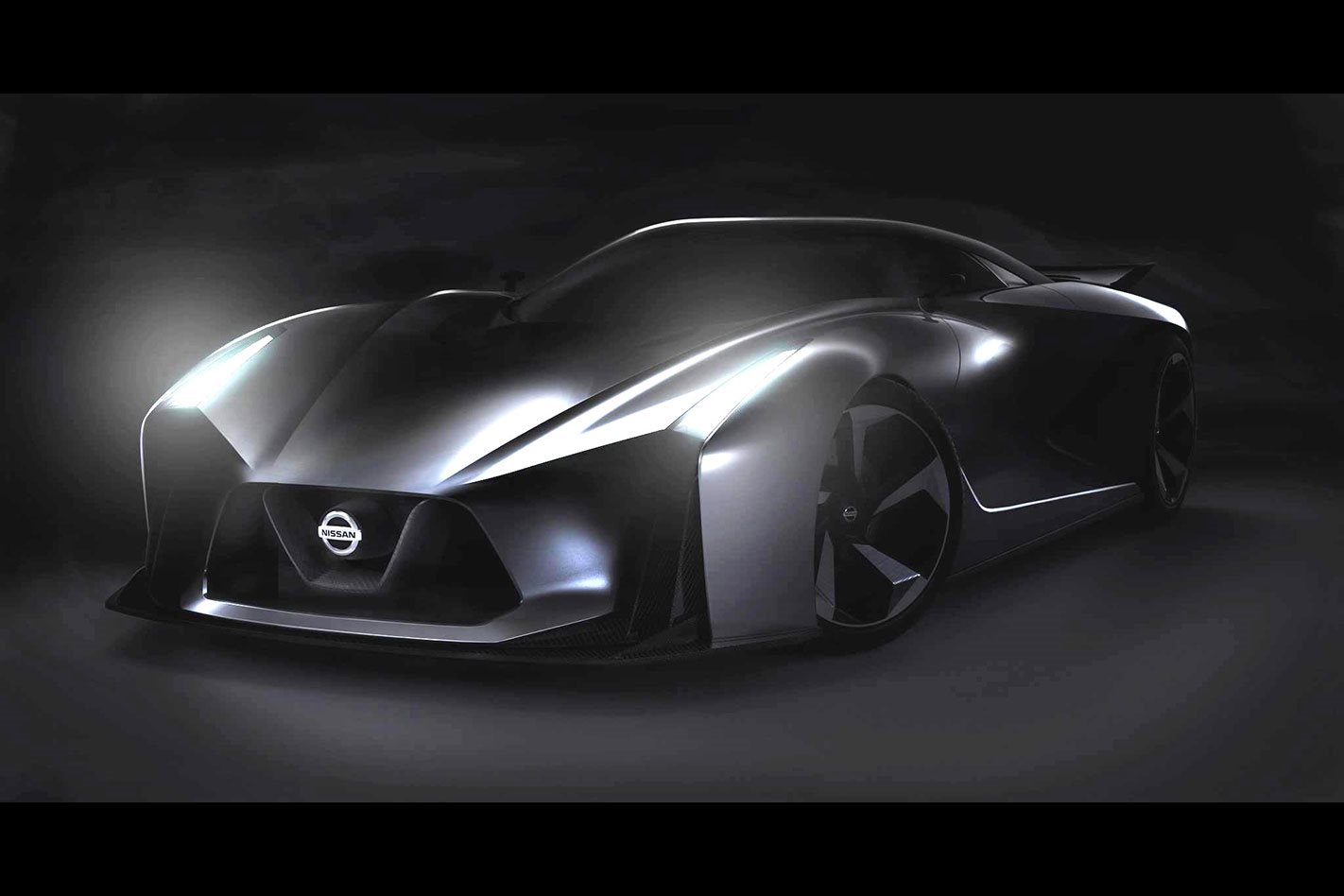