Van-tastic Sandman: The MG TC of the ’70s

The closest thing to a "real" sports car in 1976 is a panel van ... and the sportiest of the panel vans is surely the General's Sandman. And after driving both we still believe that's true ... in a funny, roundabout kind of way

WHETHER THE string-backed glove purists recognise the fact or not, the Holden Sandman is the "sports car" of the seventies and in marketing terms is the automotive equivalent of the MG TC.

Of course, this isn't to say that they are remotely similar as cars- obviously they’re poles apart - but the point is that they appeal to essentially the same youthful buyers.

Traditionalists will argue this until the last remaining TC is finally restored and we wouldn't expect them to do anything else; but the facts are that since the sports car died an unnatural death in Australia sales of panel vans, four-wheel drives and even trail bikes have shown a remarkable upswing. You can take it from us that this search for alternative forms of fun transport is no coincidence. The kids still want wheels that set them apart from their more conservative peers who are happy to live with a staid four-door sedan.

Everybody, and especially the manufacturers, has been surprised by the way sales of panel vans have zoomed up the best-seller lists over the past four years. Ford under-estimated demand for its Escort van by an amazing 400 percent and Holden panel van sales have grown dramatically, from being a poor relative to the utility to the point where they outsell the ute by two to one. So far as the cat makers are concerned, the panel van has now gathered around it a certain mark of respectability although it's a respectability that isn't shared by the more mature members of society, but that's quite another story. 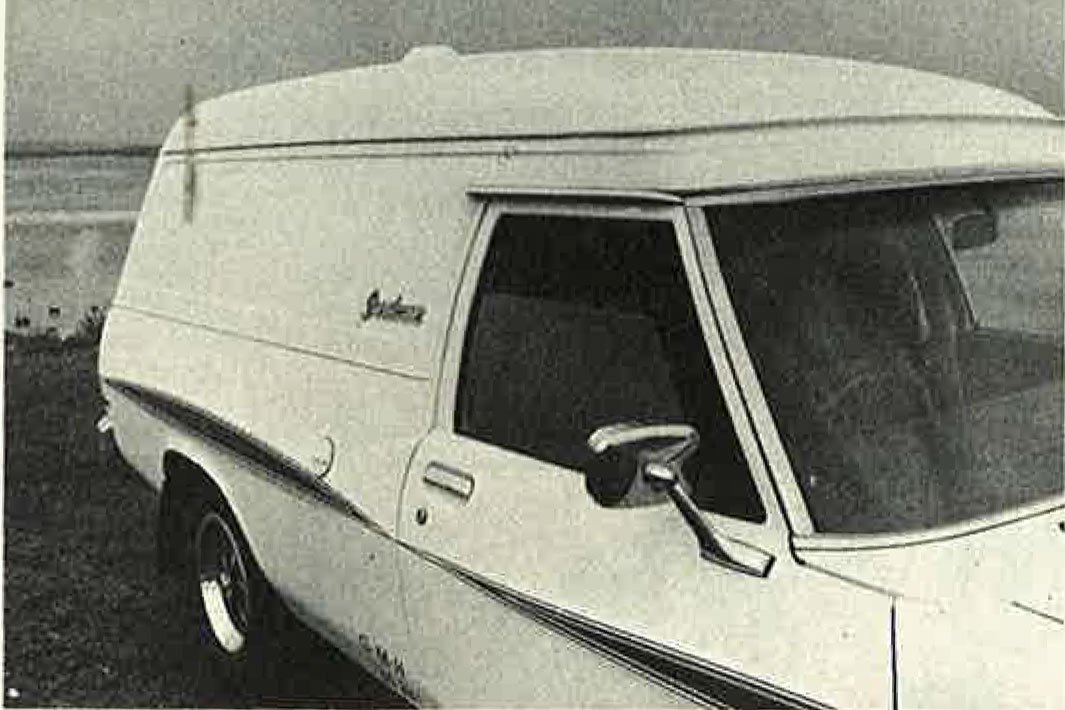 The panel van really arrived when the manufacturers woke up and started to sell jazzed-up versions. So it was for the Escort Little Ripper - any suggestion that this project began life as an exercise which enabled Ford to get rid of over 1000 obsolete cartridge tape players is only conjecture- and is now for The General's Sandman. The Sandman is to the Holden panel van (and utility) what the GT was to the Falcon or the GTR to the Torana. In theory, at least, it is the sporting expression of the panel van philosophy.

The reality, after 10 days' motoring, is that the sport is best confined to the mattress in the rear compartment rather than on the road. It is almost as if somebody took an MG TC as the ultimate in sports motoring and decided to make something that was totally anti-TC.

The fact that the Sandman comes off the production line as a commercial vehicle isn't the greatest start, simply because it means the van is stuck with all the design limitations that involves. And there are plenty.

For sedan drivers and even more so for rag-top owners, the most important basic fault with a panel van is obvious and yet it is one of the major reasons for their success. The sheer lack of visibility comes as a shock to most people and we would have to say that driving a panel van requires a whole new driving technique based on the fact that visibility to the rear and over the driver's shoulder is almost nil, even with the exterior side mirrors perfectly adjusted. Sedan drivers should be made aware that panel vans change lanes more by courage and intuition than knowledge of what is going on around them.

But those vast sheet metal sides that make a van a positive menace in traffic are exactly the same bits of sheet metal that give the van the privacy that is so important to the young buyers. We can only hope that the present trend to windows (with curtains, of course) continues.

Apart from obvious changes that have occurred over 30 years of automotive development the TC and Sandman have many similarities ... on paper. They both have complete sets of instruments - the MG with complete calibrations and the Holden with none on the minor gauges - sports steering wheels with drilled spokes, bucket seats and four-speed gearboxes. 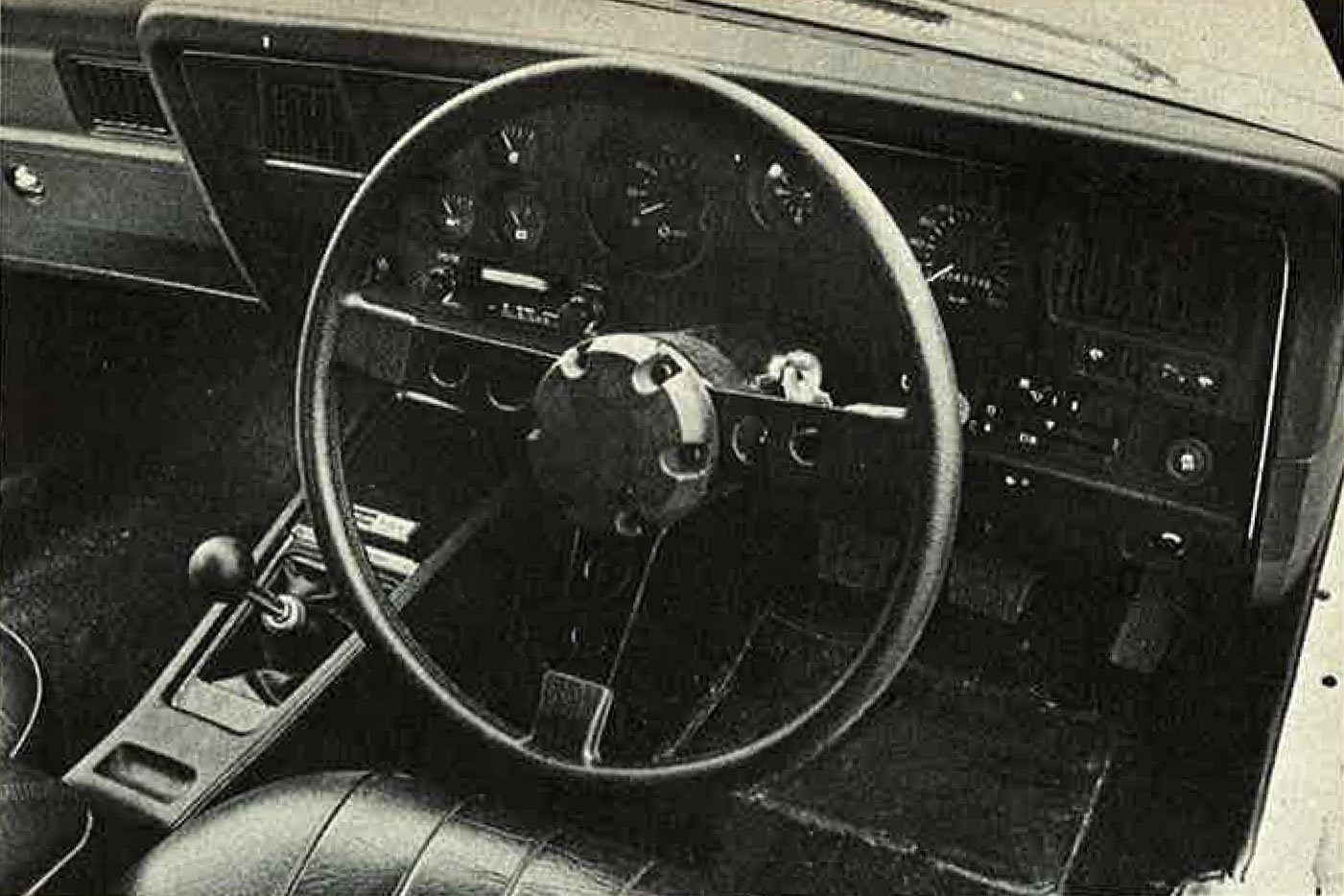 But the Holden makes concessions to comfort that would not have been tolerated by TC drivers and has been softened to the point where it makes only a superficial attempt at being genuinely "sporty". Even the previously mentioned features, that are a must on any car with pretensions of doing the right thing by the driver, fail to deliver the goods.

The sporting three-spoke steering wheel controls a steering box that has been deliberately low geared in order to make the steering lighter when parking. The ratio is now 25:1 on all Holdens (apart from the GTS) without power steering (it was 20:1) and rivals the Falcon in terms of indirectness. HQ/HJ Holdens have always understeered to excess and the latest move simply emphasises the fact. Sadly, the steering remains heavy, with the ER 70 radial ply tyres which are fitted to the Sandman.

The General's four-speed gearboxes are well-known both because of their unsuitable ratios and by the heaviness of the gearchange. Where the TC's ratios were chosen to take full advantage of the small foul"-cylinder engine's power and torque characteristics, the Sandman's ratios seem designed to restrict driver enjoyment. Second gear is so close to first that we found that the natural and smooth way of driving the van was to go from first to third gear and to only use second gear from a roll start.

The 4.2-litre VS engine fitted to the test car performed adequately but it lacked the kind of sparkling acceleration we have come to expect from an engine of this size. Most buyers would be better off spending the extra $100 and going the whole hog to the five-litre VS, which with its four-barrel carburettor gives better performance and is capable of achieving better fuel consumption.

We put down the standing 400 m in 17.8 seconds and, would you believe, it was just as fast using only three of the four forward speeds?

Because it's a panel van the front bucket seats won't recline - who cares, did you say, with all that room in the back? - but they are also restricted in their rearward travel and this means the gap between the steering wheel and the front of the cushion is limited and makes sliding in behind the wheel difficult if you are anything more than average in height.

Although the steering does its best to put you off, the semi-elliptic leaf springs fitted to the panel van and utility versions of the HQ/HJ- along with the longer Statesman/Station wagon wheelbase - gives it superior handling to the sedan versions with their four-link, coil-spring set-up. There is some body lurching but the tail remains fairly flat and it takes a decent bump to throw it off line. The ride, too, is smooth and comfortable without being wishy-washy and there is a commendable lack of road and suspension noise.

All of which is probably useless information to the average panel van buyer who is more interested in the tail end of the car. That's where the action is, after all. 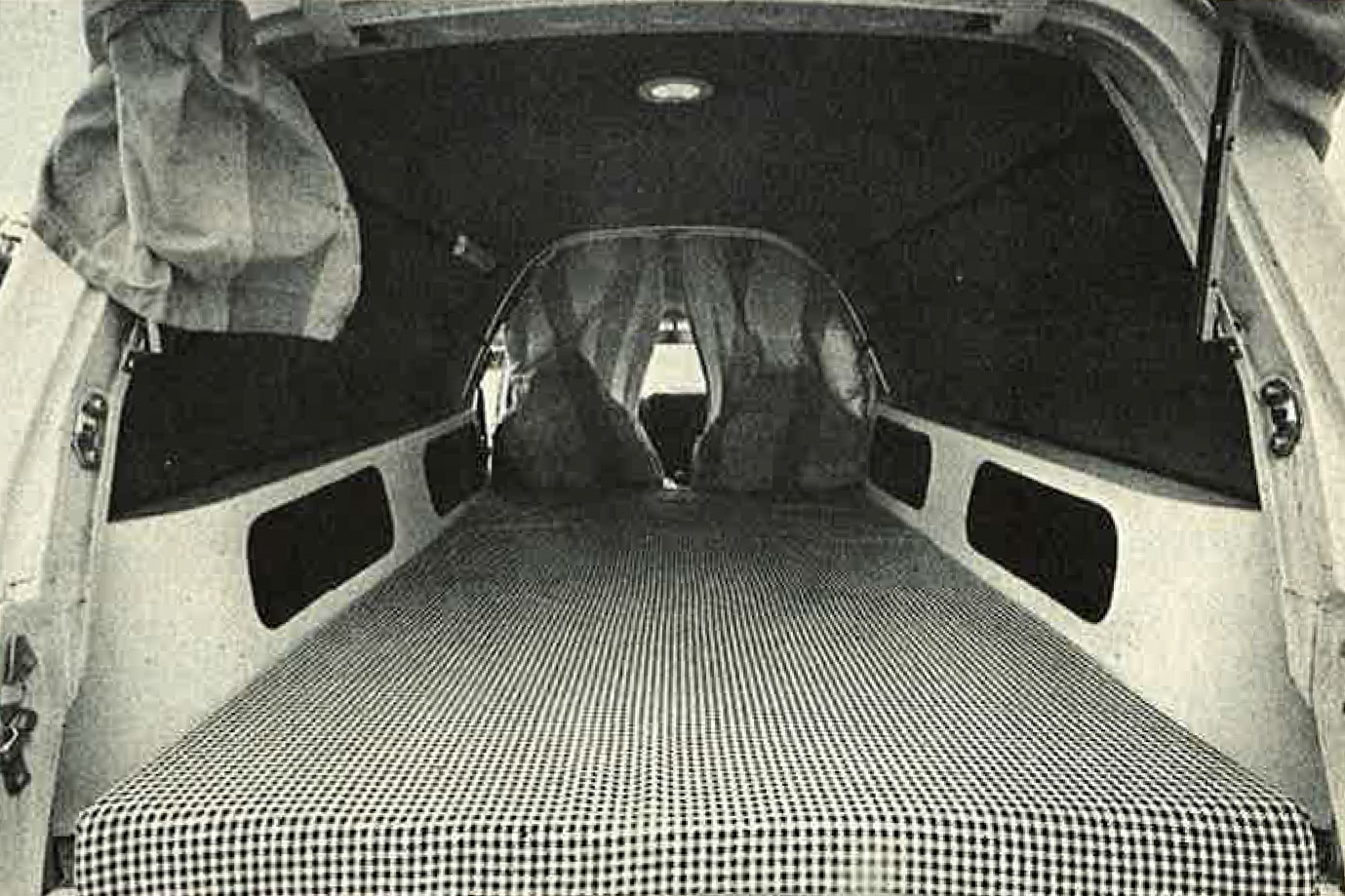 Landcruiser conversions converted the GMH test van into something more than just an average Sandman. For $606 (including sales tax) you get a plywood floor with vinyl covering to protect the mattress, fibreglass side units for minor luggage, front and rear curtains, a roof vent to stop the windows fogging up, two fluorescent lights, a carpeted tail gate so you don't skin your bird's knees and plywood upper side trims.

Going by some of the vans we've seen and featured in WHEELS, it is very much a basic conversion and about the starting point for anybody who really wants to set themselves up properly. Of course, you could find a mouldy old mattress from home and stick it in the back but it doesn't have the same class.

The next question is why Sandman and not just a straight Holden panel van? The Sandman bit goes for $822.52, if you want to be exact, and it plays a big part in providing you with all the comforts of home. You get the carpets, full length headlining, a console shift for the four-speed gearbox, armrests on the doors, bucket seats, GTS instruments, big fat radials, GTS appearance gear and the usual range of decals and stripes.

Actually, those tyres mean that the van's carrying capacity is reduced from 14 cwt to 10 cwt but that's probably not going to worry the average Sandman owner.

Nothing we can say is going to convince prospective van buyers that they might be better off with a station wagon or something they can see out of, like a Kombi. And our pointing out the limitations of the concept is to show our lack of understanding for the growing demand for such vehicles. Actually, we do understand but still find it hard to accept that those vast areas of sheet metal are really necessary.

As a car, the Sandman isn't especially marvellous but then we could say the same things about a Holden sedan optioned up exactly the same way. And as a concept the panel van is here to stay, the pity of it is that no manufacturer has come up with the perfect compromise between the conventional panel van and the Kombi-style models. When that happens, as surely it must, stand by for the greatest rush the car business has seen in years. Maybe that's what the MGA was to the TC.

Van-tastic Sandman: The MG TC of the’70s was first published in Wheels in May, 1976 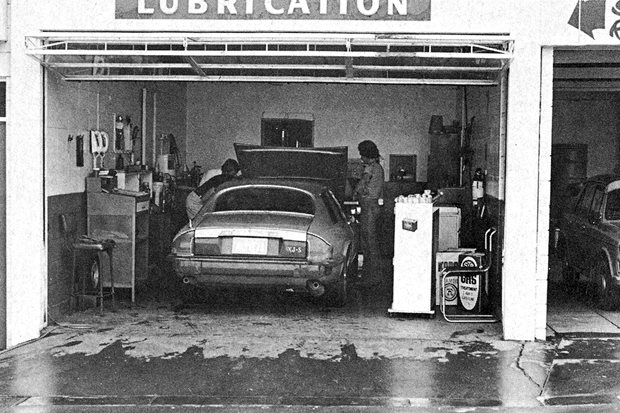 Everyone loves a roadtrip. Even more so when someone possessing the talent, passion and appreciation of prose as when former Wheels editor Bill Tuckey was moved to take up the... 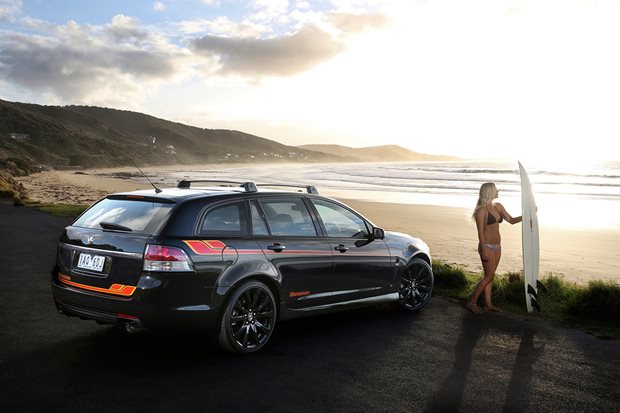 Break out the surfboard, the cassette player and the shagpile rug: Holden has resurrected an icon. Welcome everyone to the 2015 Sandman Special Edition 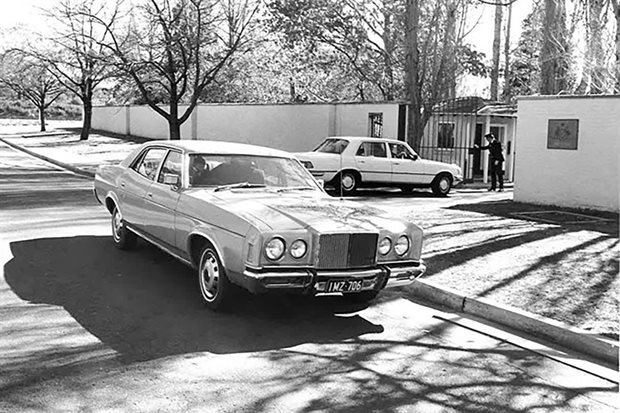 At 8.28am on Wednesday September 8, 1976, John Malcolm Fraser joined the Wheels road test crew. His mission: To discover if Ford’s biggest and best deserves number one spot in... 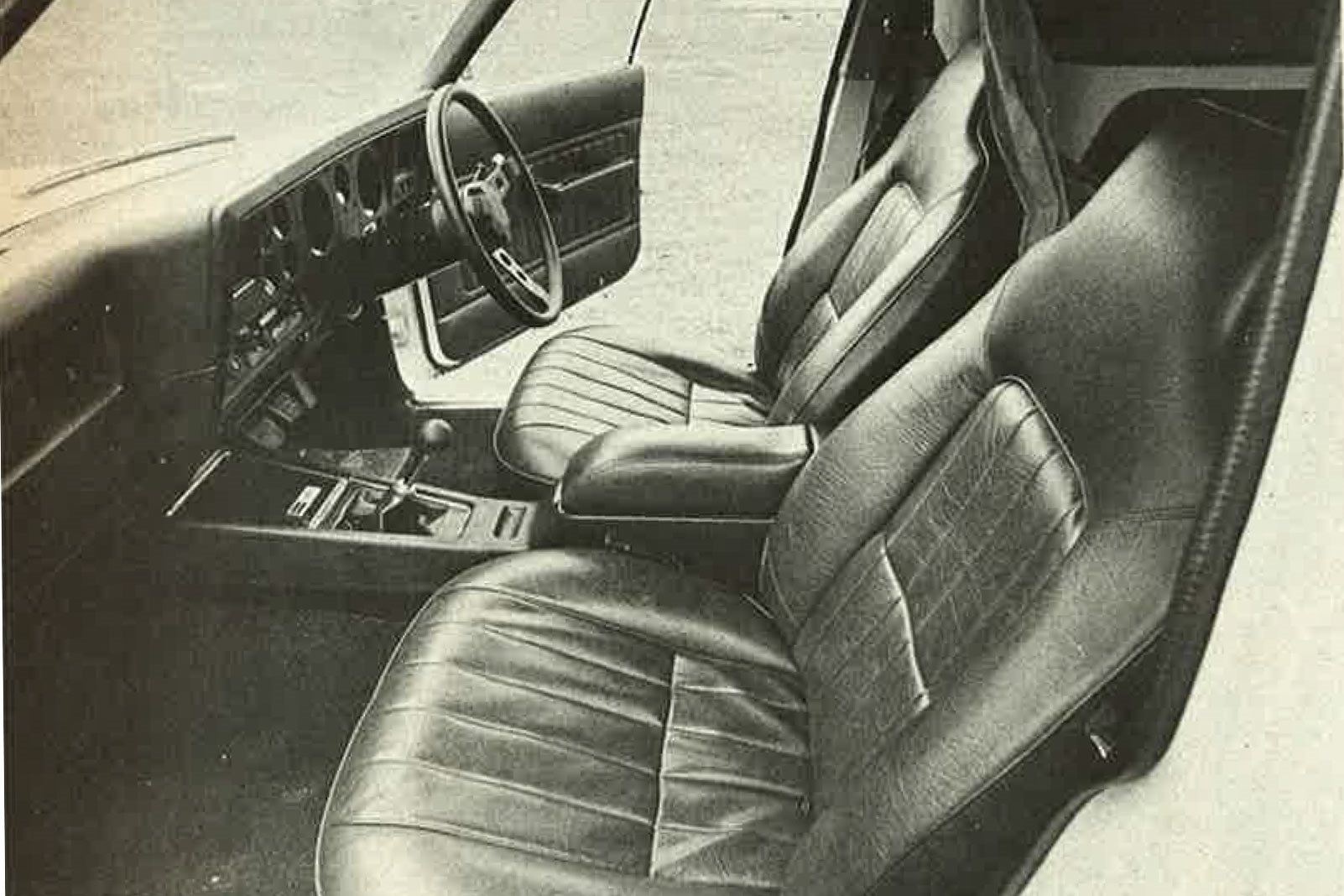 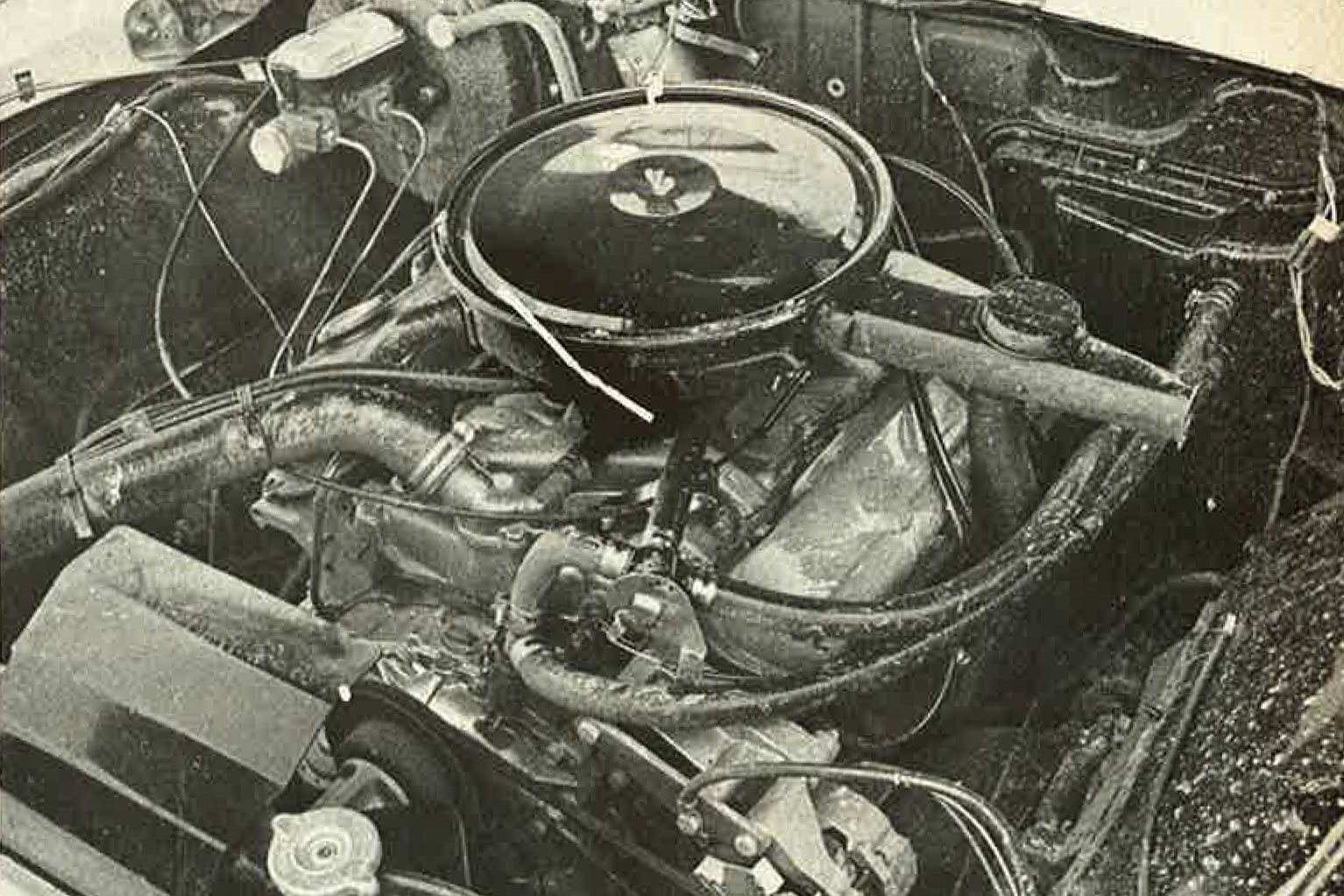