You may not know this, but MOTOR sometimes has a helping hand when it comes to eking the best performance out of a car.

Or if we need help getting though a few doughnuts.

Don’t get us wrong, we at MOTOR know how to steer a car (and eat doughnuts, for that matter), and can get some great numbers out of fast cars. But when we need a second opinion, we call Supercar racer Warren Luff. As we were using Winton Raceway to test the 16 cars lined up for 2017’s Bang For Your Bucks, we asked Luffy to walk us through his method for Winton’s more technical turns.

Namely turn five, and the bends of turns seven-through-nine.

Winton’s sweeper is a tricky sequence that rewards a little bit of bravery… but equally will punish you if you overstep the mark.

Getting what’s called turn five right actually starts at the exit of turn four. You can use its outside kerb almost like a motocross rider uses the berm in a corner. You don’t want to end up over the kerb, though, as it will upset the balance of the car – and then your speed – as you enter T5. 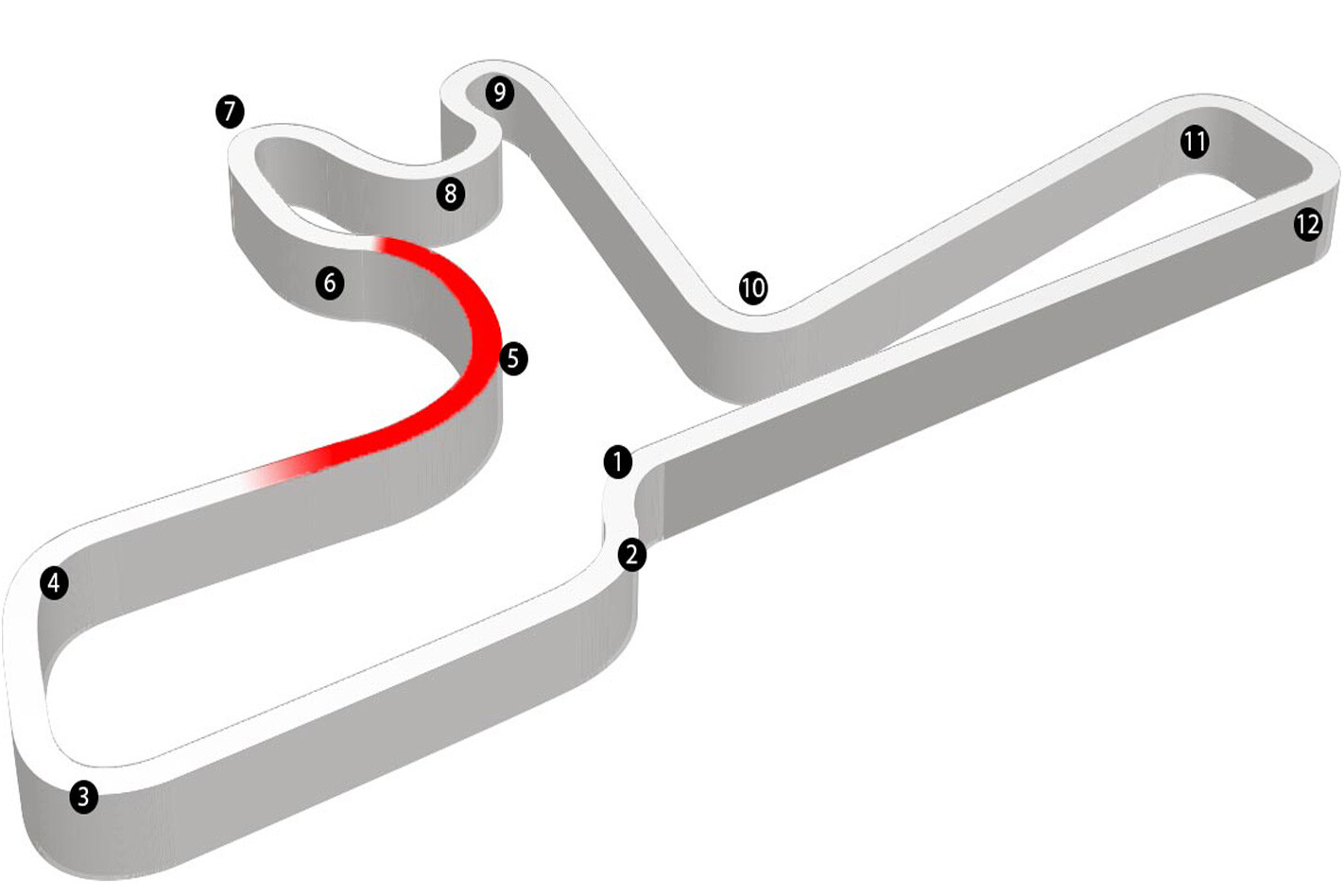 And you need the speed; it’s a really fast approach to this double apex corner. Hold your breath and brake later than you think is possible, holding it all the way in to the first apex before letting the car run out to the middle of the track. This guarantees you can carry a lot of speed on the way in.

As you try to turn to the second apex late in the mid-point of the corner, understeer is going to be an issue. It’s just a matter of dealing with it as best you can; depending on your car, you might use the throttle to help point the nose in better.

It’s important that the second apex is left as late as possible, because this affects the change-of-direction run through the right hander into six and then the approach to turn seven.

1. Approach on the right with your eyes on the first apex and your foot nowhere near that brake pedal yet. Wait, then wait a bit more.
2. Once you’re on the brakes, ‘trail’ (hold) them all the way to the apex. The curb is serrated, so don’t run up on it too hard.
3. Hold your nerve and let the car run naturally wide, letting your eyes drag your hands towards the second apex. Don’t fall off the track.
4. Kiss (don’t climb) the second apex, with your eyes already on the entry to turn six and your foot picking up the throttle. Job done.

Turns seven, eight and nine all flow on to each other. Get one wrong, and you usually mess up the rest of them. How you take turn seven depends on getting through five and six well. It’s important to get as straight as you can on the exit of six, so you can brake in a straight line. 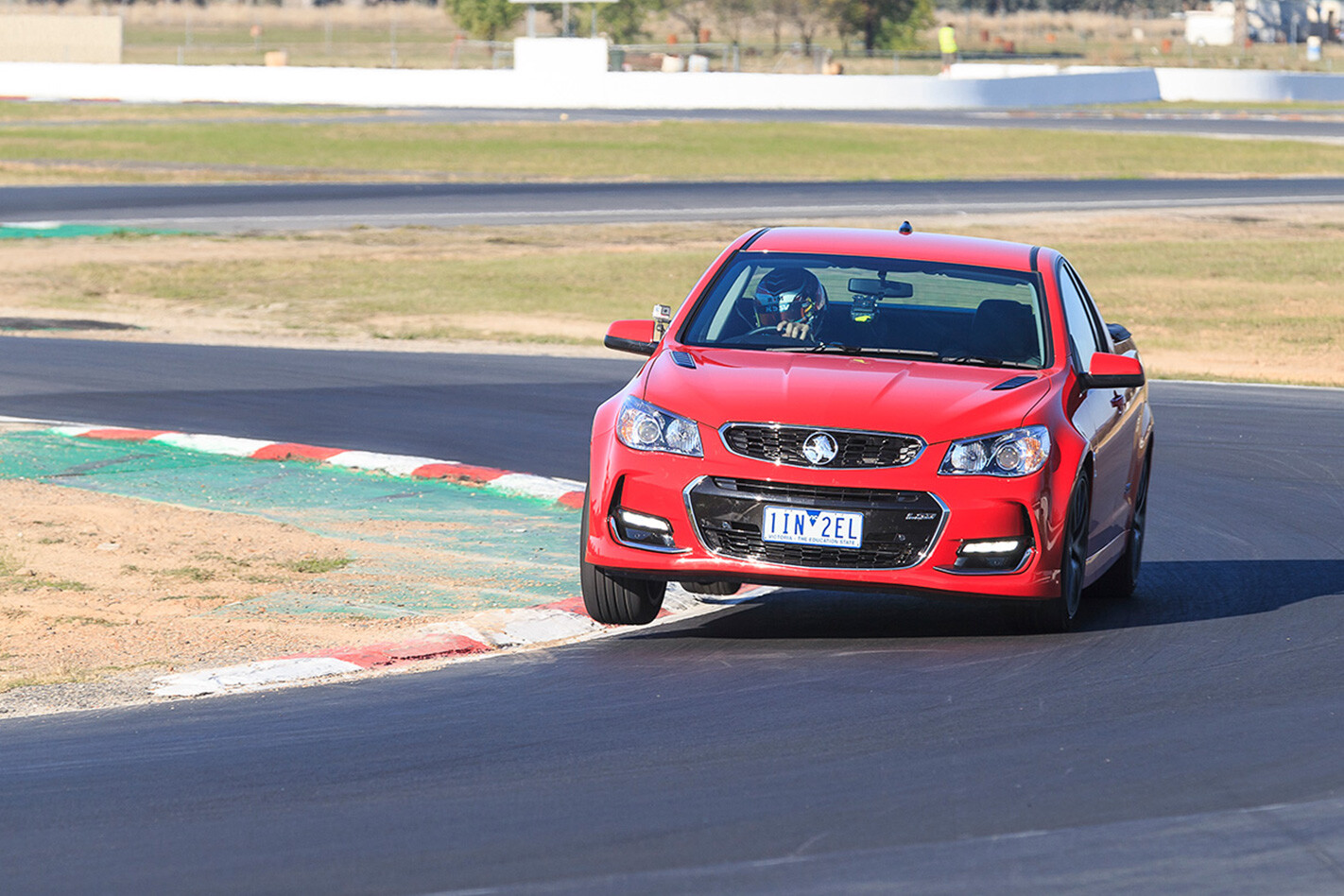 You’re generally in second gear for the whole sequence, and carrying the brake on initial turn helps to load the front end of the car. The apex is right about the middle of the corner, and there’s lots of room on the exit so you can get on the throttle early.

The distance between turn seven and turn eight doesn’t allow you to get fully over to the right, so approach eight from track middle, then brake and carry it through to the apex again to help load the nose. Like most of the corners at Winton, you have to be patient before getting back on the throttle. 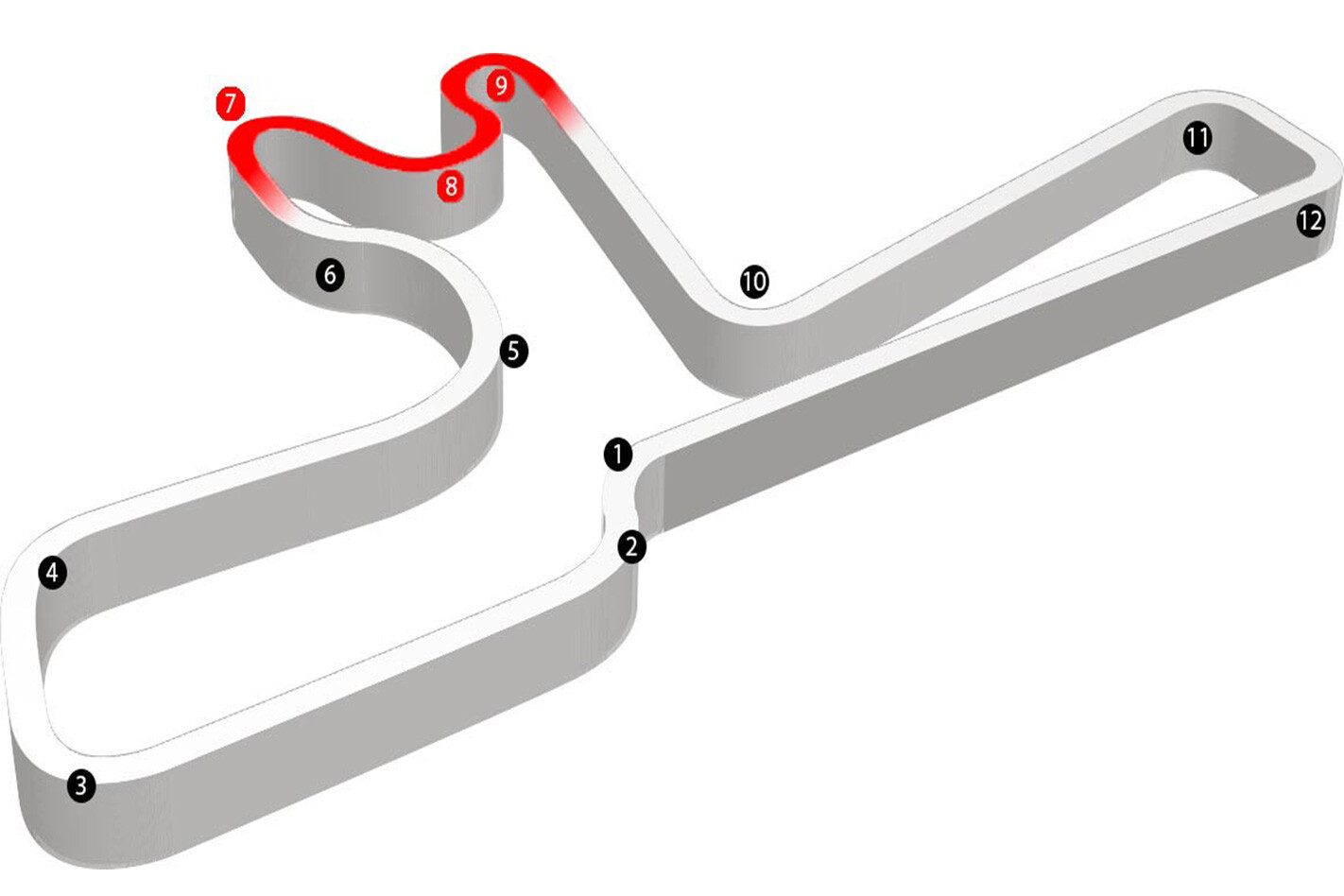 Start turn nine from the middle of the track, and again carry the brake from initial turn-in. It’s important to get a straight run off the turn to get better drive, and like turn four you can use the kerb on the exit like a berm. Don’t end up over the top of it, though, as most cars will bottom out on it.

1. Exiting six, get the car straight before hitting the brakes, with your eyes on the apex of seven.
2. Carry, or ‘trail’ the brake all the way to the apex of seven, before accelerating hard and staying in the centre of the road.
3. Again, take your braking right into the mid-corner apex point of turn eight, but watch that the rear doesn’t unweight and catch you out.
4. Like eight, start turn nine from mid-track. Watch the patched tarmac for different grip levels, and aim for a mid-to- late apex while allowing the car to flow left.
5. There’s a wide exit out of nine, and the kerb on the left side of the track makes a good launch pad – as long as you don’t overdo it.