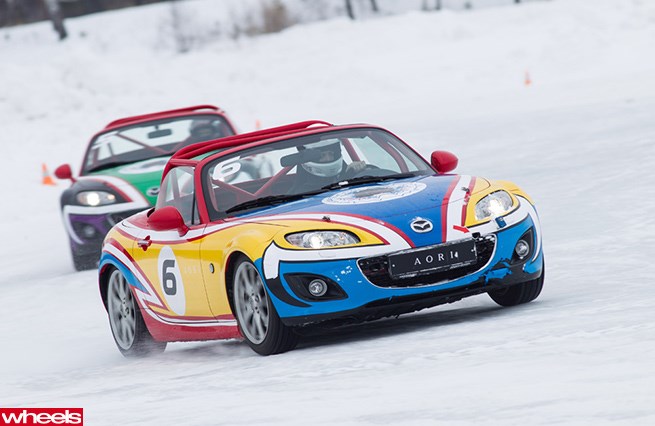 We beat Poms in Mazda MX-5 race. Forget the rest

If this was a post-race press release following, let’s say, the Russian Grand Prix, it’s the equivalent of the Marussia F1 team explaining what went wrong and why they finished second last. In other words, no-one would read it and nobody would care.

That’s right, folks, the Wheels component of Mazda’s annual media-versus-media MX-5 ice race in deepest Siberia managed to cover itself in ignominy, finishing a solid eighth. Doesn’t sound too bad until you add the words “out of nine cars” and “three laps behind the winner”. At least we beat the Poms.

Before delving into the professional racing driver’s usual list of excuses for a startling lack of outright speed, it’s probably worth explaining what the hell I’m talking about.

Don’t be too alarmed if the MX-5 Ice Race hasn’t featured in your list of must-follow motorsport events of 2014. Basically a publicity exercise organised by Mazda, it brings together teams from a variety of countries, drops them off at a frozen lake near Yekaterinburg about 1600km east of Moscow and lets them battle it out for a metre-high trophy of absolutely no prestige anywhere in the motorsport world.

Practice day started with mutterings of dirty dealings when it was revealed the Russian team had already spent a day getting to know the fearsome circuit snow-ploughed into the ice. For the rest of us, it was a matter of coming to grips – quite literally – with the Mazda 3 autos and race-prepped MX-5s that would be our steeds for the two 100-minute races.

Tyres studded with metal spikes helped, but the first section of the circuit was fast, so the MX-5 with traction control switched off was wagging its tail at the slightest steering input at speeds of more than 100km/h. On the tighter hairpins, any sniff of throttle at the wrong moment post-apex (if you could find it) meant armfuls of opposite lock.

Coach Stanislav Gryazin – retired Russian rally ace, race instructor and our Yoda – advised using ridiculously high gears to aid traction on the slippery surface by keeping revs as low as possible. So on what would normally be a second-gear hairpin, the idea was to search for fourth and fifth ratios in the MX-5’s six-speed box and use what there was of the engine’s torque to slither and shimmy up to speed on the straights.

And, rather than following any kind of racing line, aim for the white (snow covered) bits of race track, not the black (bare ice) parts.

All good in theory, but with all four members of what with wild optimism became known as Team Bradbury being ice-racing virgins and only one having competed in any race at all, things looked grim when we qualified well down the pack.

Race One was in the auto-transmission Mazda3 and we finished a remarkable sixth, bravely battling understeer but nevertheless making the talent scouts sit up and take notice.

Things fell apart in the MX-5 race because we were just too damned slow. The focussed and experienced Russians were lapping in the 3m40s region; we were lucky to crack four minutes.

Still, we kept ahead of the equally inexperienced Poms, who kept running off the track, and for a moment it seemed the Bradbury ruse would play out when the Australia A team, who for a while were dicing with the Russians at the head of the field, speared off the track and beached their MX-5 on a snow bank.

The members of Team Bradbury may have lacked the killer instinct that makes any great racing driver strive for victory, but you know what? Never has a motorsport category been invented that’s so much fun, and so challenging to overcome the track and conditions.

And the car is a cracker. The MX-5 may be due for replacement next year, but Mazda isn’t going to mess with the formula of rear-wheel drive, a beautifully balanced chassis and the ability to make car and driver as one. Didn’t need to go to Siberia to work that one out, but will be forever glad it happened. 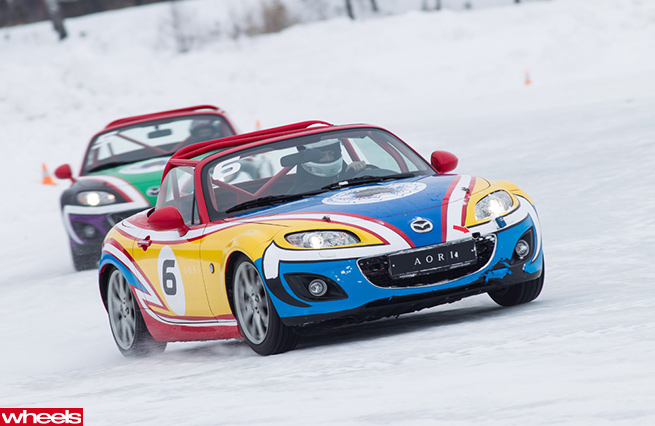 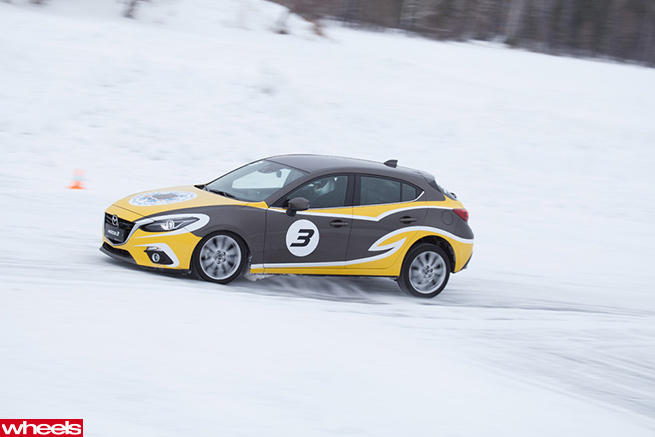 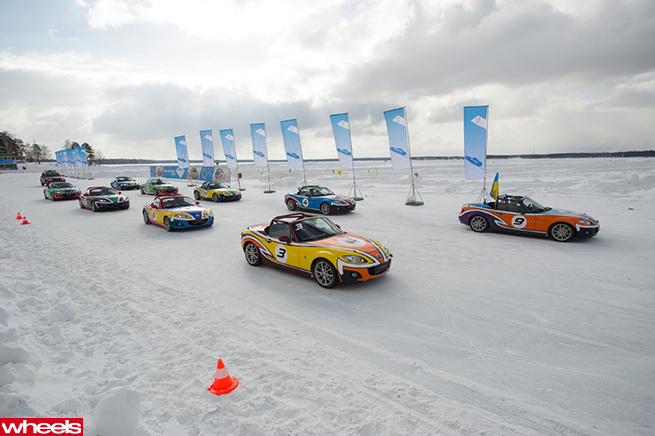 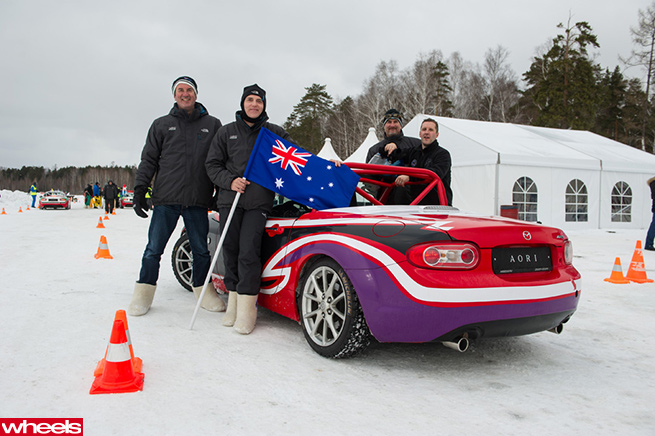 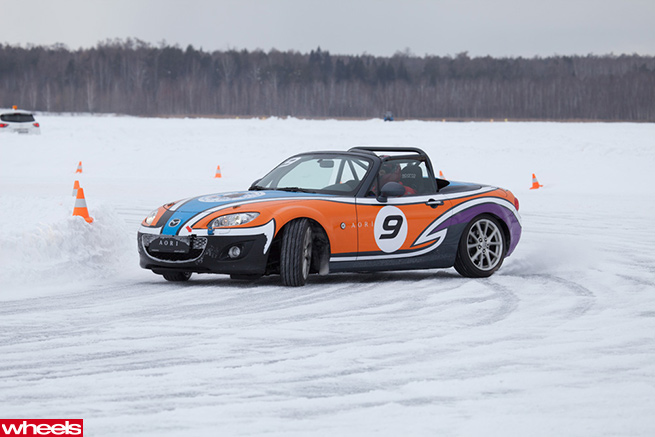 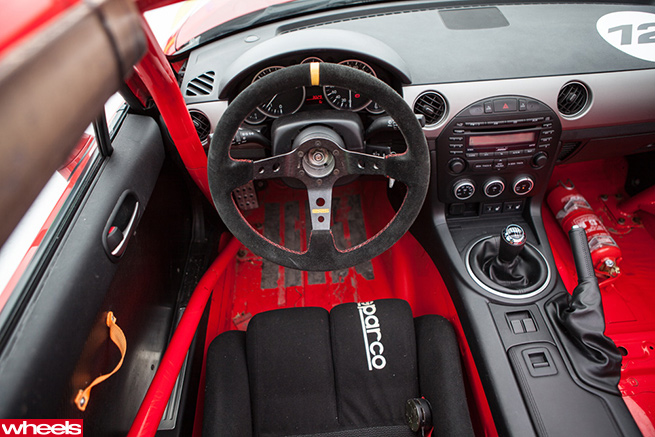 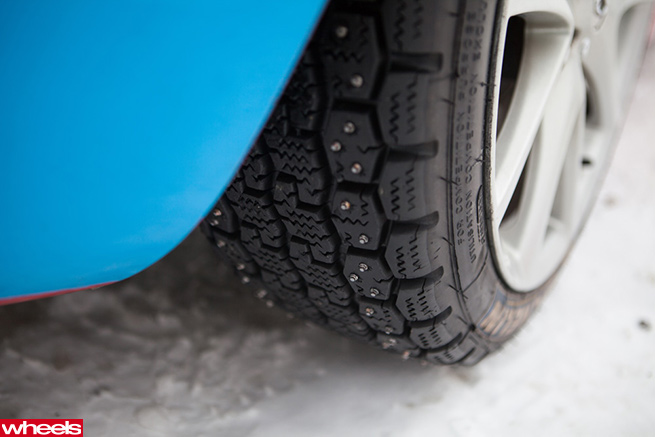 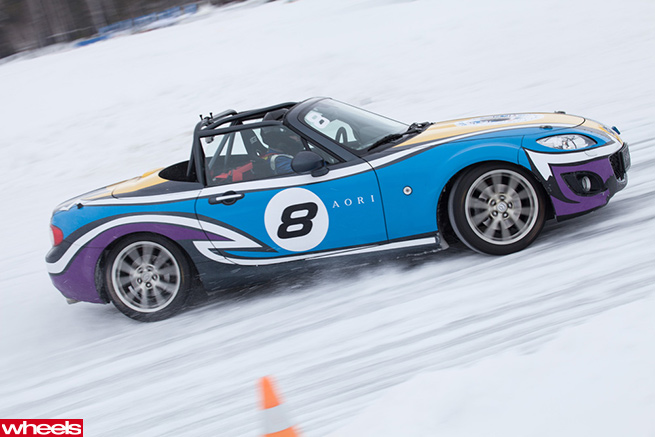 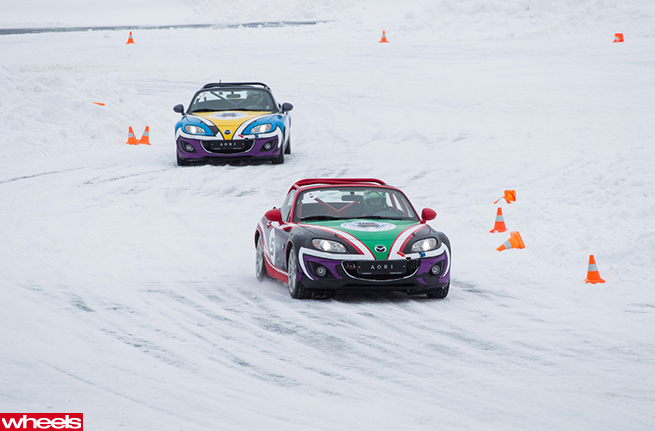 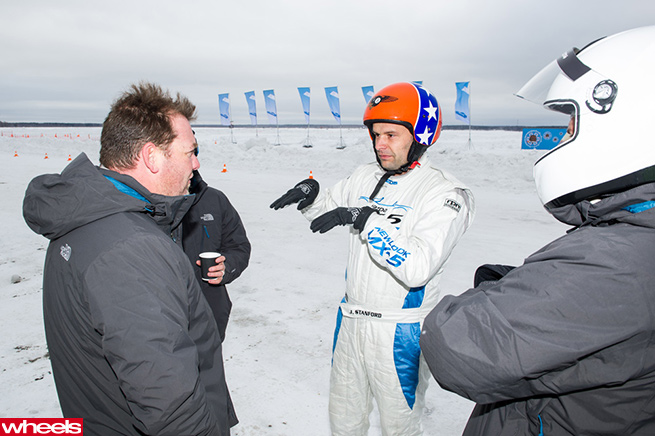 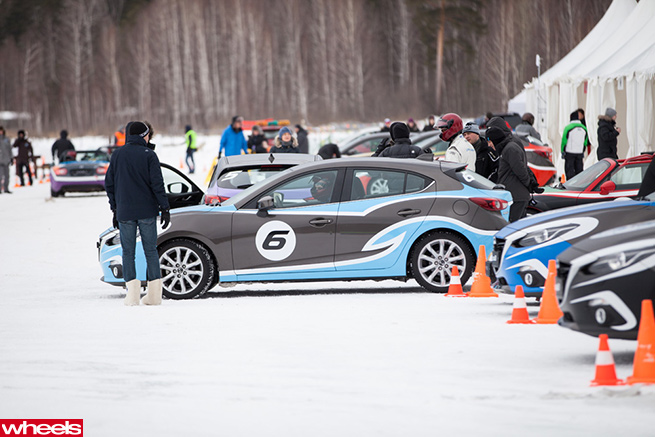 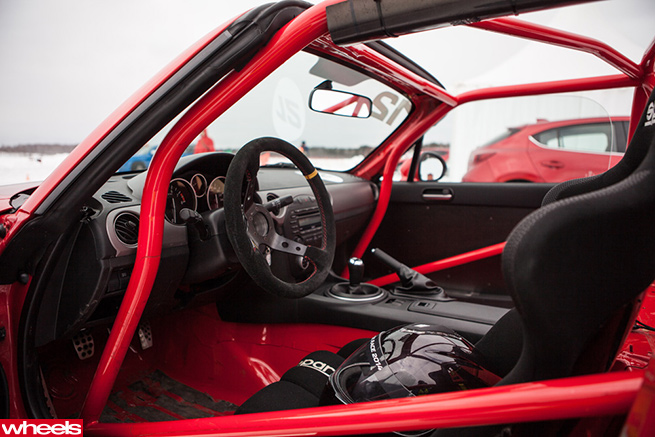 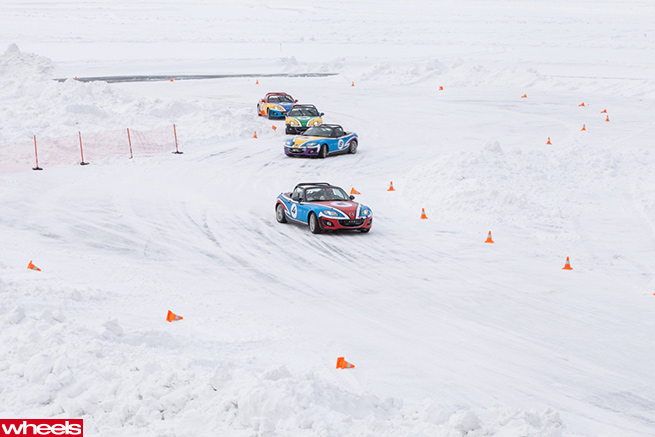 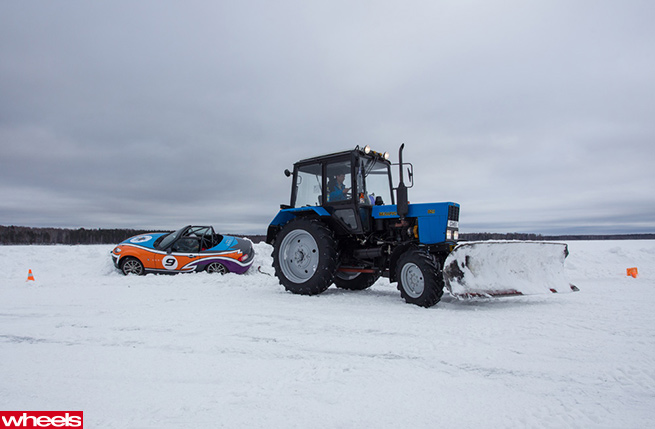 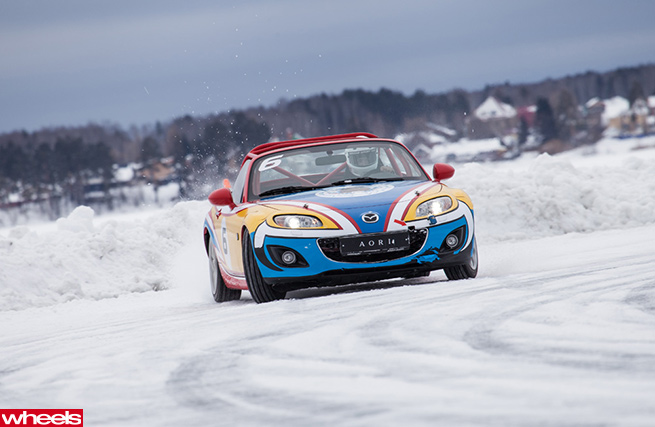 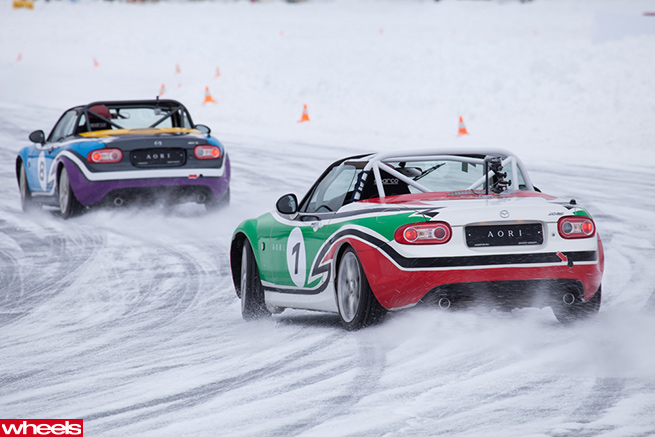 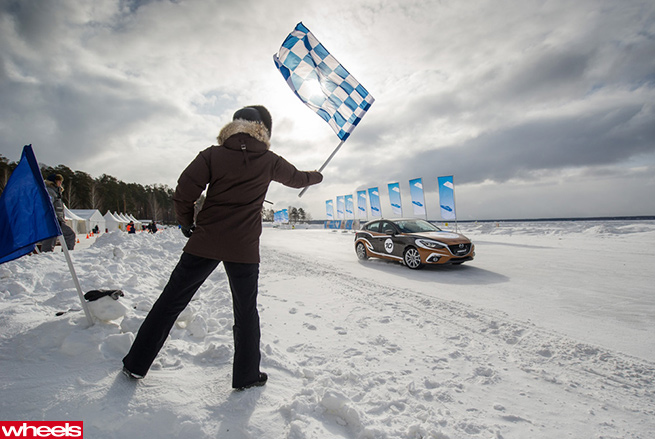