IT WAS another Formula One season painted gold, the bling of choice of Lewis Hamilton, who secured his third F1 Drivers' Championship.

There was a splash of silver too. It was impossible to miss the corporate colour of Mercedes as it blitzed all comers en route to its second consecutive constructors’ title.

And the ever changing, adventurous fashion statements of the triple world champion continue to contrast vividly with much of the lacklustre track action.

The season was often predictable and boring (the exceptions being Hungary and Singapore) with Hamilton and bitter intra-team rival Nico Rosberg powering to 12 one-two results.  Hamilton also scored the most pole positions with a total of 11. 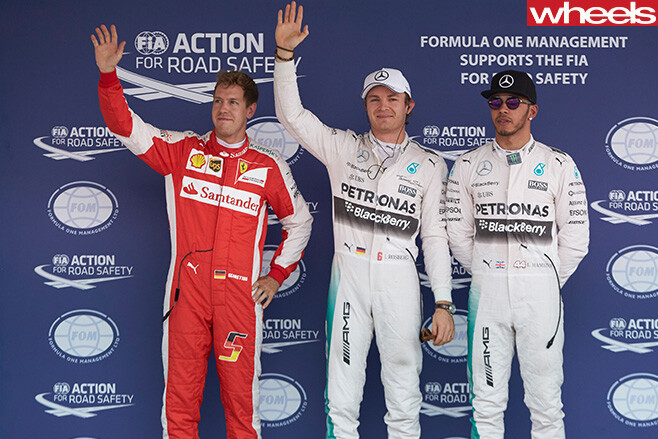 Collectively the Silver Arrows won 16 grands prix; Ferrari the other three (thanks to Sebastian Vettel).

Hamilton, who on his day is blindingly fast (though still prone to the occasional error), triumphed in 10 grands prix and claimed his third title with three races to spare.

Rosberg was the championship runner-up ahead of the revitalised Vettel.

After the championship was decided in Austin, Texas, Rosberg suddenly uncorked a brilliant end-of-season winning spurt to add three in a row to the three he nailed earlier in the year.

This form reversal left us all wondering why Rosberg didn’t unleash that pace from the start.

Explanations and analysis followed.  Take your pick… With the title win and the pressure off, Hamilton went into snooze mode.  Or he partied way too hard. Or Rosberg, freed from the stress of chasing the title, reverted to a better headspace.  Or Hamilton’s hair bleach affected his judgement. Or in the last three races Mercedes dictated pit stop strategies that hurt the Brit but helped Rosberg claim second in the standings ahead of Vettel.  Just keep those conspiracy theories coming, folks!

Hamilton does nothing to silence the critics who slam his party boy image.  After the season wrapped up in Abu Dhabi, the champ enjoyed a very public celebration with some dudes with weird names and questionable celebrity status. Trey Songz, Ludacris, Tinie Tempah…?  Anyone know who these people are? Me neither. But Lewis’ mum was there and we recognised her.

McLaren boss Ron Dennis has been critical of Hamilton’s freer jet-setting ways at Mercedes this year, adamant that the driver "wouldn't be allowed" to live his current lifestyle were he still with the British team. This analysis came when Hamilton arrived late for the race in Brazil after a fever and a car crash in Monaco which he put down to a week of heavy partying.

The sycophants in the British media – and there are more than one – immediately drew comparisons with Senna, his boyhood racing hero. To be fair, Hamilton didn’t rush to embrace such generous appraisals. 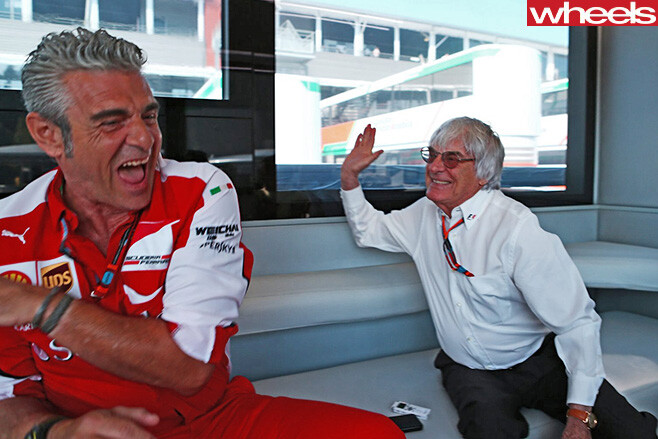 Nor should he. Senna didn’t always have the best of cars; Hamilton’s titles, including the first in 2008 (with McLaren) have been helped by cars arguably the pick of the grid.

The second year of the new F1 hybrid V8 formula was marked by an upsurge in reliability enjoyed by much of the grid.

The exceptions were the Honda-powered McLarens, which experienced a poor finishing record and lack of speed. Though served by two former world champions, Jenson Button and Fernando Alonso, McLaren finished with a meagre total of 27 points, ahead of only the scoreless Manor Marussia.

So many people seem stunned that the once mighty McLaren had such a sad season.  There is illogicality to any assumption that Honda would bob up in 2015 with a power unit to match Ferrari or Renault, let alone Mercedes. What did people expect from an engine supplier struggling with their core road car business? Maybe the optimists were locked in a past era (1986–91) when Honda engines were considered the ticket to F1 glory. Piquet, Senna and Alain Prost owed their drivers’ championships to Honda power and reliability. But that was a quarter of a century ago.

Renault’s issues with pace and durability also meant a season of struggle for Red Bull and Toro Rosso. 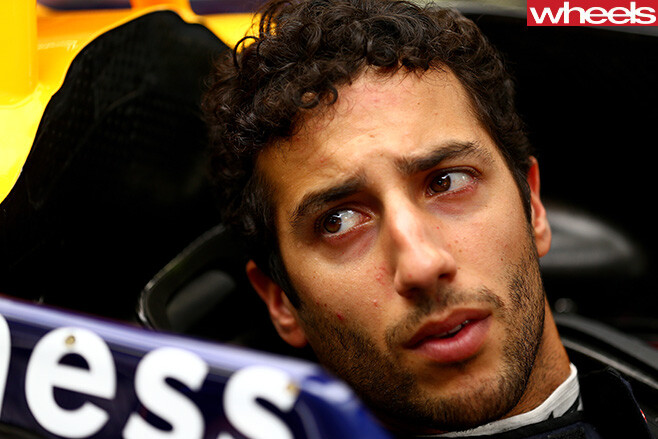 Australia’s happy chappie Daniel Ricciardo slipped to eighth in the points, one place and three points below his Russian teammate Daniil Kvyat.  When his machinery allowed him to reveal his skills, Ricciardo turned in some stirring drives, none better than in Hungary where he carried his battered Red Bull to a podium finish. But it was a season pock-marked by too-regular Renault engine issues (and a paucity of speed).  Not as bad as the McLaren Hondas, but hobbled for too many races.  Even so, Red Bull’s treatment of Renault, after four title-winning seasons, was beyond shabby. Red Bull’s Christian Horner was an outspoken critic of his team’s engine supplier, and was openly and aggressively shopping for an alternative hybrid V6… 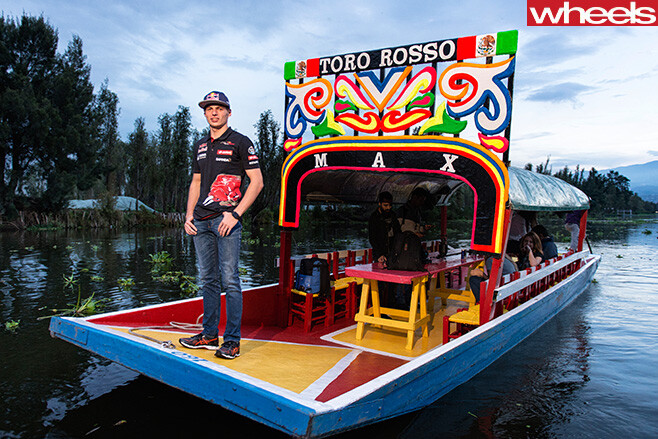 All year, too, the motorsport media couldn’t get enough of Max Verstappen, F1’s youngest ever driver. The Dutchman finished 12th in the standings and showed verve in abundance, with some outrageous overtaking, and good tyre management. No podiums, but a swag of points. Whether he is the saviour of F1 remains to be seen.  The promise is there, though, at least with these easy-to-drive current cars.

Missing from the 2015 schedule was a home race for Rosberg, Vettel and Nico Hulkenberg; the German Grand Prix scrapped after a venue could not be secured and leaving the car-mad nation without a world championship F1 race for the first time in 55 years. 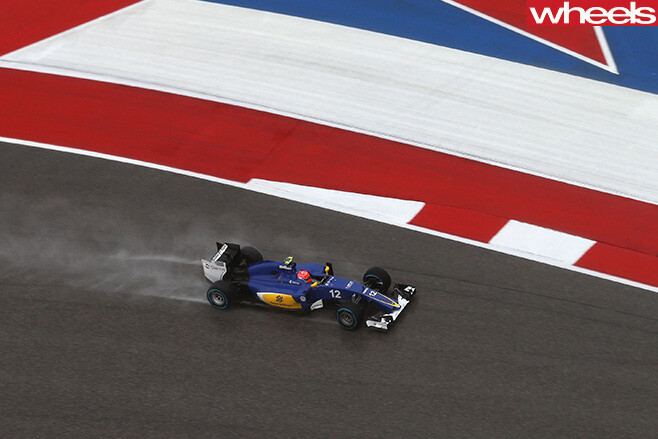 One huge positive of 2015 was the stunning success of the Mexican Grand Prix, returning after a lengthy hiatus. Sadly, this has potentially damaged the US Grand Prix, just north of the border in Austin, Texas.  Tens of thousands of Mexicans stayed at home in 2015 to support their own event rather than slip up to the Circuit of the Americas.

As the 2015 season faded to black, the season-long bitterness between the Mercedes drivers showed no signs of easing.  At the post-race press conference in Abu Dhabi, when asked whether the two teammates would get each other a Christmas present, Rosberg responded hesitatingly: “Hmm, maybe a Christmas card?” Hamilton then added curtly: “I don’t think we’ve ever done either, so there’s no reason to change.”

No reason to change.  As blinkered as Bernie.