It took a while to get there, but Mark Winterbottom has finally snared the title that has long eluded him

It took a while to get there, but Mark Winterbottom finally snared the title that had long eluded him.

THE V8 Supercars Championship and the annual Bathurst 1000 are the two biggest targets of every driver in the series, so it’s certainly fitting that the two fastest and most consistent men of 2016 raced off with those prestige spoils.

After a fifth, five thirds and a runner-up slot in the championship standings, Mark Winterbottom could be excused for thinking he was destined never to earn the right to carry #1.  Perish that silly thought.  Rather than slip into cruise mode or self-doubt, he worked harder, urged his Prodrive Australia team to eliminate the stuff-ups, and never lost his focus.  He elected to take his cues from the resilient John Howard – aka “Lazarus with a triple bypass”, rather than the combustible, self-destructive Mark Latham. Winterbottom never wanted to fall into the category of a “nearly man”.

It took 13 years and 383 V8 Supercar race starts, but Winterbottom finally realised his championship, dream, adding the 2015 title to the cherished 2013 Bathurst 1000 victory.

Winterbottom’s triumph came at the Sydney 500 at Homebush, not many kilometres from his old family home at Doonside.

A most worthy champion, Frosty accumulated nine wins in a rugged, tight 2015 title campaign.  And no DNFs.  Impressive stuff.

Winterbottom had a quiet start at the Clipsal 500, won by HRT’s James Courtney.  But then the Frosty show cranked up in earnest, momentum gathering through the middle of the year.

The new Falcon FG X looked so strong and his teammate Chaz Mostert did his bit in keeping a strong Ford presence at the point end. Into the second half it became apparent that Mostert was posing a title threat. 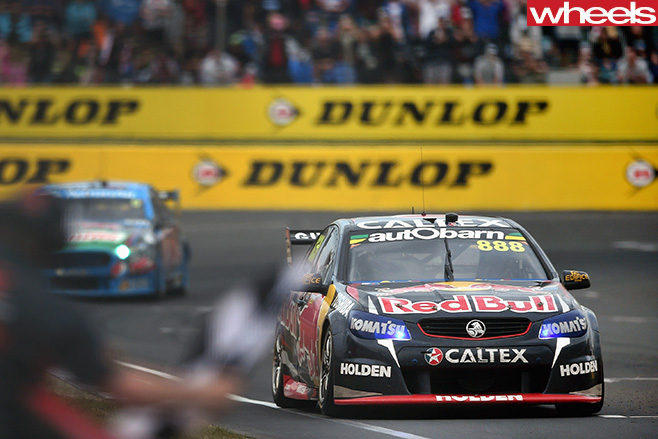 But on the less than perfect weekends, Winterbottom was solid, turning a couple of potential disasters into reasonable points hauls.

There is no better illustration than at Mount Panorama, where Lowndes (with Steve Richards) stormed to victory.  But Winterbottom recovered from electrical issues to finish second (with Steve Owens).

Prodrive’s David Reynolds, who came of age with a stunning pole at Bathurst in appalling conditions, also came on strongly to charge into championship calculations, until he was victim to some outrageous Shane van Gisbergen aggression

He hung tough. In the past, Frosty’s head space could occasionally be given over to negative thoughts, and he has occasionally responded badly to fanciful beat-ups in the tabloid media.

But after so many years as a bridesmaid, watching Whincup collect six V8 Supercar championships, Winterbottom had done enough rehearsing. 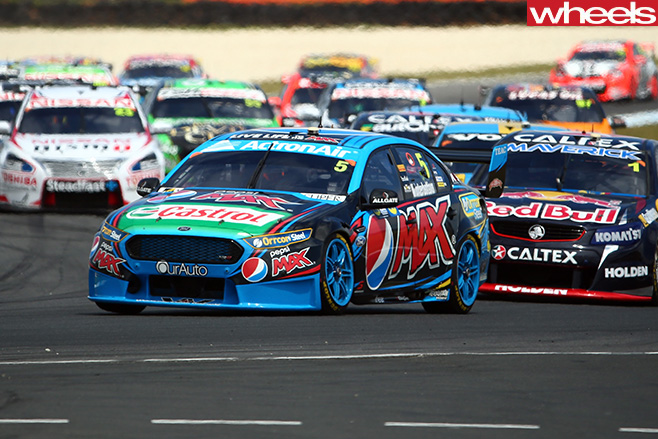 At Homebush, he and Prodrive took a smart, conservative approach to the weekend, and did the job one race early…

The 2015 championship was the first time since 2007 that a driver has won in a car not built by powerhouse Triple Eight.  T8’s Whincup won six of those previous seven titles with James Courtney interrupting the swoop in 2010 at the wheel of a Triple Eight-built Falcon run by Dick Johnson Racing.

At the start of the year, Marcos Ambrose’s homecoming was the pre-season story of the year.  His return to V8 Supercars with DJR Team Penske after nine years away in the US racing NASCAR was rightly viewed as a massive boost for the category.

But there was a bizarre denouement.

Ambrose declared from the start that he’d need time to get back into the groove.  The team understood as much.  And so, too, did the more knowledgeable fans. But Ambrose, never self-delusional and always a bloke who set the highest of standards on himself, called time on his local comeback after just two weekends, sending the Symmons Plains promoter (and V8 Supercars) into a right old tizz when he announced he would not be driving at his home event in Tasmania. Scott Pye was quickly called up to take over, and slowly, inexorably, the Falcon was turned into a top 10 car.

Ambrose reappeared for the enduros, where he was competitive. But he seems disinclined to do anything on a full-time basis. Speculation continues why the two-times champ, still only 39, no longer appears to want to race regularly. Having competed at the top level of NASCAR in the biggest tin-top series in the world, and driving almost every weekend, maybe he’s simply tired of dragging on the helmet. Perhaps he isn’t happy performing on a smaller stage. Or it could be his family is taking precedence. Not all race drivers are totally selfish.

Serious injuries to notable competitors were lowlights of 2015. HRT’s James Courtney was bizarrely hospitalised after the downdraft created by a low-flying navy helicopter flung team gear everywhere, hitting the unlucky driver in the torso. Courtney missed several races, including the Sandown 500 and the Bathurst 1000, before returning emphatically to win a leg of the Gold Coast round.

Mostert’s spectacular championship-lunging season came to a jolting, painful, premature end at Mount Panorama when he pin-balled his Prodrive Falcon into the wall, suffering a broken femur and fractured wrist. Mostert’s recovery extended into 2016 and his seat was warmed by subs at either end of the age spectrum – Russell Ingall (who managed to turn out for factory Ford and Holden teams in what was supposed to be his first year in retirement), the promising Cameron Waters and enduro driver Steve Owen.

Even with his early end to the season, Mostert was the 2015 qualifying master, banking 10 poles.

Gold Coast race winner Jack Perkins, who was HRT’s enduro driver, also had an unexpected return to the championship at Homebush, called up by Lucas Dumbrell to substitute for Nick Percat, who was struggling with an infected foot.

Off track, there was no shortage of loud-volume whingeing from long-time supporters peeved that only 10 rounds of the series were shown on free-to-air (Ten) television with a new deal with Fox Sports ladling out all practice, qualifying and races live. For a minimum of $50 per month. Suck it up people. It’s the way of the media new order. And it will be much the same in 2016…

Frosty hopes it will be the same in another way. He has the appetite for more wins, more titles, more Bathurst 1000s.

“I’m gonna turn up next year and give it a red-hot crack,’ said Winterbottom.

We never doubted it. 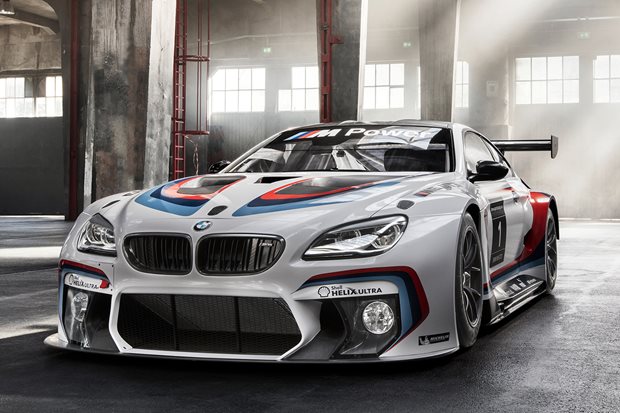 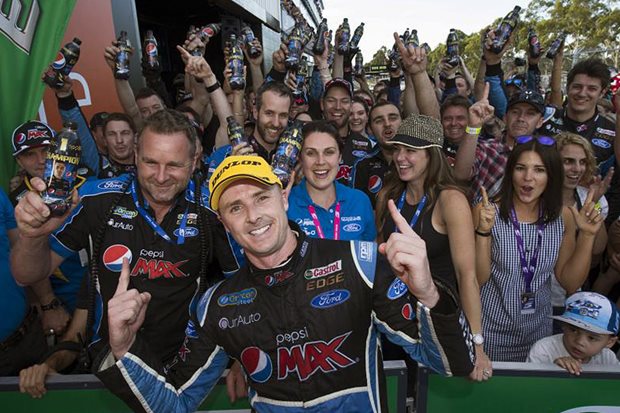 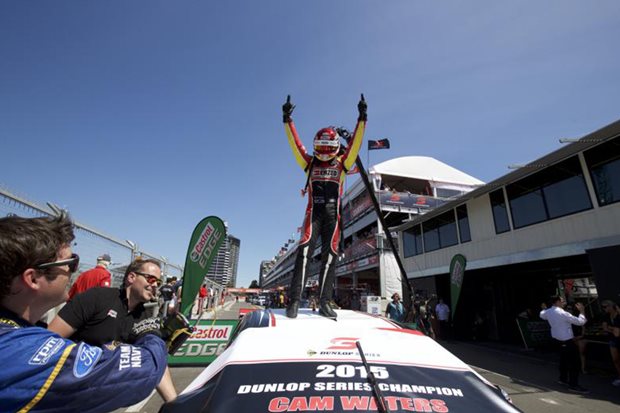