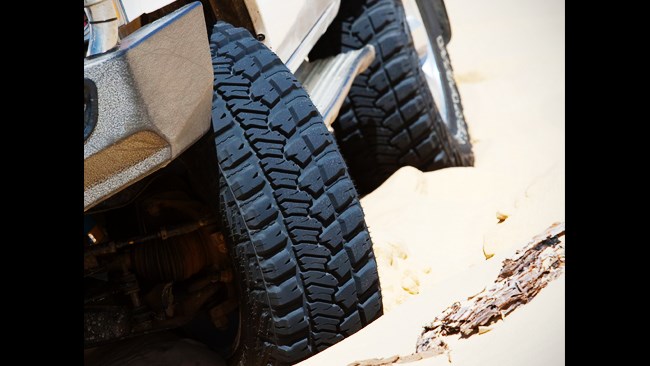 First impressions of Goodyear’s Kevlar-reinforced Wrangler MT/R tyres were good and, over the past 25,000km, my opinion of them has only grown.

First impressions of Goodyear’s Kevlar-reinforced Wrangler MT/R tyres were good and, over the past 25,000km, my opinion of them has only grown. I’ll say right from the off that I’m happy to recommend them.

On the road, they’ve been fine. There is a bit of a thrum from the tread blocks on the highway, but it never dominates. More importantly, traction is good on sealed roads – better than my previous set of muddies – particularly at the rear when the ute’s unladen and at its most insecure.

This is one of the characteristics Goodyear touts for these tyres, claiming they’ve used a compound that enhances not only on-road traction in the wet but off-road grip, too. Goodyear says the asymmetrical tread pattern adds further to the tyres’ dual-purpose abilities. In my experience, they’re right on both counts.

The first time I took the Wranglers anywhere challenging was a jaunt into the beach dunes at Stockton, NSW. They exceeded my expectations. We were doing the shoot for our story on sand recovery techniques so I had to get the Navara stuck.

Should’ve been easy, eh? Well, I had to drop it into two-wheel drive to succeed! That got the back buried, but when I tried to sink the front wheels, back in 4X4, the Wranglers wanted to claw their way out again.

Dirt-road performance has been outstanding, and over the months of wet weather we’ve had, I’ve developed a lot of respect for them in the mud. A couple of weeks ago, for example, I found myself sinking in stinking, black mud hidden under fresh grass and a dry-baked crust. I really thought I’d be out walking in it, getting the winch out and all.

However, with a judicious amount of foot-to-floor brutality and idle-speed subtlety, and by going forward and back several times, the Wranglers got me out.

I was reassured to feel the tread dig in and find purchase when I let the Nissan idle in low-first. The tyres made the most of every skerrick of grip they could find, helped by the blocks wrapping around onto the sidewalls, and I drove away with clean boots, even if there was mud all over the car.

I run mud-terrain tyres on the Navara for their strength and performance off-road, though I know it’s not the most economical way to go when you consider I do most of my distance on blacktop. But those tarmac kays are generally done on the road to off-roading, where I place a high value on good traction and puncture-resistant solidity. Still, there is a limit, and I’m pleased to see the Wranglers are wearing well so far.

With regular wheel rotations, it looks like I can expect 50-60,000km from these tyres, and probably more. In my book, that’s good mileage from aggressive M/T rubber. Mind you, I can’t tell you yet how far performance drops off as they approach the legal limits of wear.

I must add a qualification: I could increase their life expectancy a bit if I would run them at slightly higher pressures. I’ve been keeping them at 35psi cold, but the wear is indicative of slight under-inflation. About 38-40psi would do them more justice.

I keep them at 35 for two reasons. I’ve found the ride more comfortable as the tyres help offset the stiffer suspension I’ve got, and 35psi is a good compromise on- and off-road. Yeah, I’m a bit slack not to adjust them for each environment, but I go from one to the other so often I’d spend half my life with a pressure gauge and compressor hose in hand.

As well as the mud and sand, the Goodyears have seen desert country, including plenty of gibber. They’ve suffered relatively little damage from the gnarly stones out there, with few chips and not too many slices taken out of the tread blocks – nothing untoward at all. And not a single puncture. They shed stones easily, too, rather than carrying them jammed in the grooves. The Kevlar is included in the sidewalls to add strength and puncture resistance.

This set has a higher profile than the Navara’s standard tyres, giving a useful boost in clearance, but it does stuff up the Nav’s gearing, reducing response, acceleration and its ability to charge up hills. The Goodyears, though, are not unique in this effect; it’s just the size I choose to go with.

These Wranglers are available several sizes to fit 15-, 16- and 17-inch wheels. Whenever it’s counted, the Wrangler MT/Rs have come to the party for me. They’ve been very competent on the road and excellent off it. They are strong enough to trust in any terrain and grip with uncanny determination when you need it. 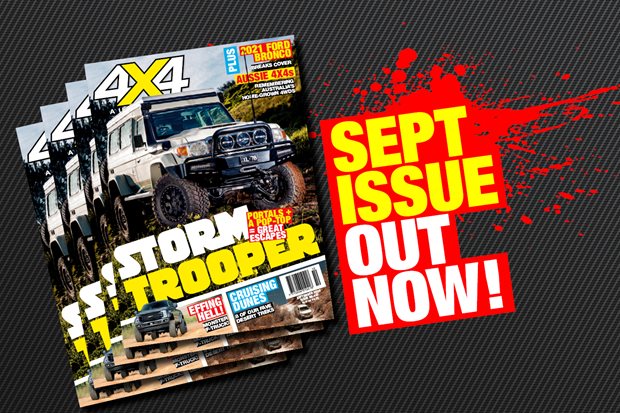 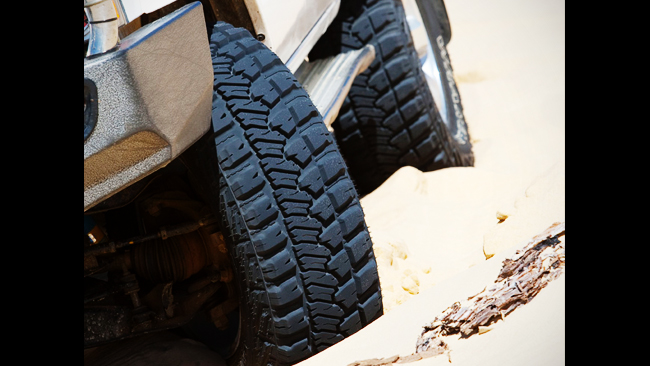 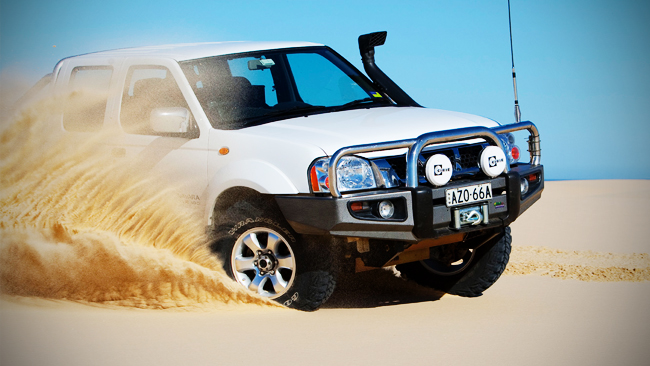