If you were feeling a bit old today, this story isn’t for you. It has been confirmed Alex Rullo will race full-time in the Supercars championship at just 16 years of age.

The Perth Schoolboy has been signed to drive for the small Lucas Dumbrell Racing squad, and will be the youngest ever driver to compete in the championship eclipsing team owner Lucas’ younger brother Paul Dumbrell who made his debut in 1999.

Rullo will be just 16 years and eight months of age, four month younger than Dumbrell when he took to the grid.

The Western Australian is a kart graduate, having his first taste of a V8 Supercar in 2014 at the Wanaroo 300, before competing in the Kumho V8 Series (the unofficial third-tier of Supercar completion) in 2015.

Rullo raced in the Dunlop Series in a Car of the Future chassis for LDM last year, finishing 17th in the championship, with his best result of 6th at Barbagallo and Sandown. 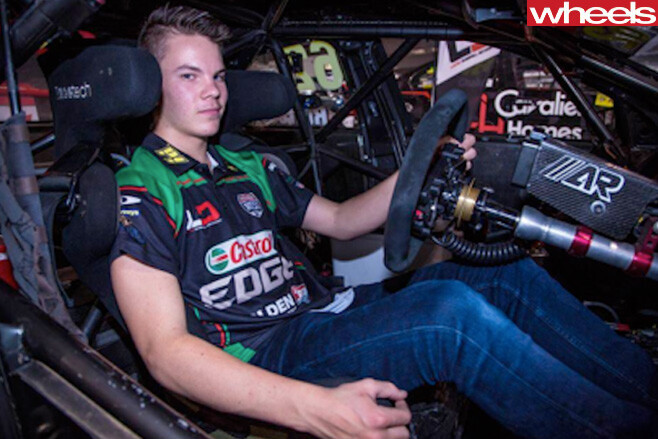 “It’s really great to have Alex stay on with us this year and step up into the main series. He did a really good job last year in the development series and it is evident he has a lot of potential,” said team owner Lucas Dumbrell.

“For a 16 year old, Alex shows a level of maturity beyond his years and applies this to all areas of racing.

“We look forward to watching Alex continue to grow and develop his skills as a driver throughout the year.”

The schoolboy will be completing his Year 12 education while also competing in his rookie season, and is too young to hold a license which allows him to drive solo on the road.

CAMS introduced a new Superlicence system for Supercars this year, similar to that seen in Formula One. It stipulates a driver must be 17 before attaining a Superlicence. CAMS announced in a statement it has made an exemption for Rullo, whose licence will be reassessed following each round until he turns 17 in July.

Rullo will take part in his first test as a full-time driver in the main game at Winton on February 16, before making his debut at the Clipsal 500 on March 2.

The youngster will race with the #62, which he has used since his karting days – a reference to the character Ricky Bobby in the NASCAR-themed movie Talladega Nights.