Whether you’re a fan of Australian motorsport or not, you’ll know Bathurst is a big deal. But, what about owning a car that has won the prestigious event? Sound tempting? Well, Tickford Racing is offering its Bathurst-beating Ford Falcon V8 Supercar for sale. And it’ll cost you a cool $625,000.

For that, you’ll score the 2013 Ford Performance Racing FG Falcon V8 Supercar which claimed the Bathurst 1000 for Mark Winterbottom and Steve Richards. It wears the number five and a Pepsi Max livery. Technically, it’s known as chassis number FPR 1214. 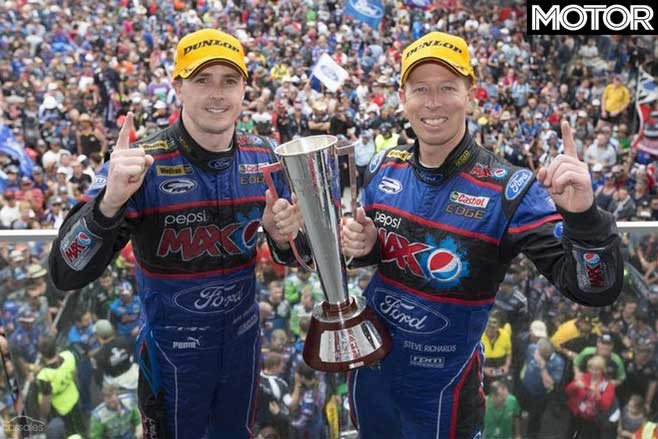 It’ll come with a 5.0-litre V8 race engine the team says bears “the same engine number Ford V8 that powered it on race day” while the rest of the car is being restored to its “2013 Bathurst winning state” with as many correct race-correct parts as possible.

Of course, as one of only 14 Falcons to win the enduro, of which apparently only 10 survive, the car comes with all supporting documentation like its CAMS log book, race setup sheets with driver notes and a hardcover book compiling its complete history.

Speaking of, as the first factory-entered Ford to win Bathurst since 1973, it’s pretty special. But there’s more than the Bathurst win on its resume. It’s fought in both the V8 Supercar championship from 2013 to 2015 and Dunlop Super 2 series.

MOTOR feature: The Falcon in motorsports 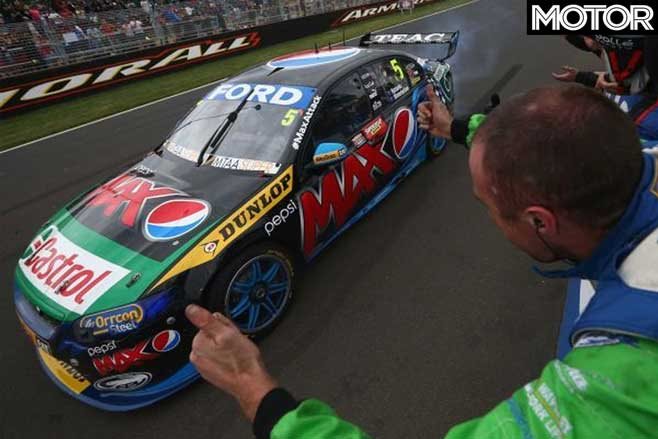 Not sure how to start it? It’ll come with a 10-lap drive experience at Winton Raceway in the car along with suite access to the Tickford Racing hospitality suite. You’ll also be welcomed to Tickford Racing’s factory for a full tour.

It originally was offered for sale at the end of last year but has not yet found a buyer. If you’d like to change that, head to this page to know more.