Hyundai’s dropped big hints at its first high-performance model with the RN30 concept it’s unveiled at the Paris Motor Show.

Packed with a turbocharged 2.0-litre four – said to be ‘under development’ for its N division’s debut road-car – the RN30 opens with some big numbers.

The engine’s filled with forged internals and uses an ‘enlarged’ turbo to stir up 280kW and 451Nm, which should make Hyundai’s first ever performance car an A45 fighter. 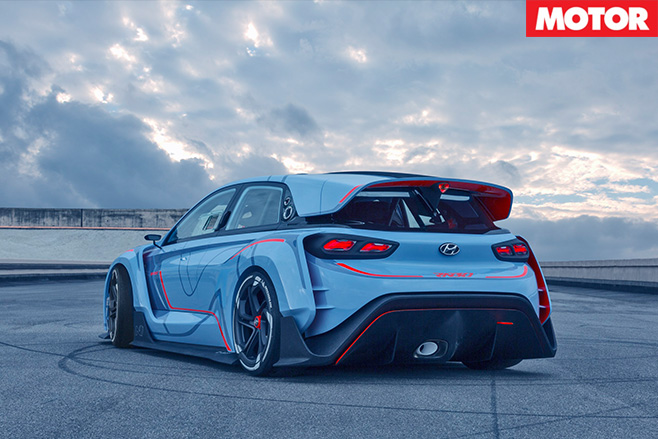 Backed by a wet-type dual clutch transmission, with a rev-matching function, Hyundai’s just as serious about the RN30’s complete drivetrain, which is harnessed by all-wheel drive.

While somewhere under its skin is the next generation i30, the RN30’s wild stylings hide the production car well. It’s a full 84mm shorter than a regular car, while 19-inch wheels, a rear diffuser, and rear spoiler further disguise any solid clues. 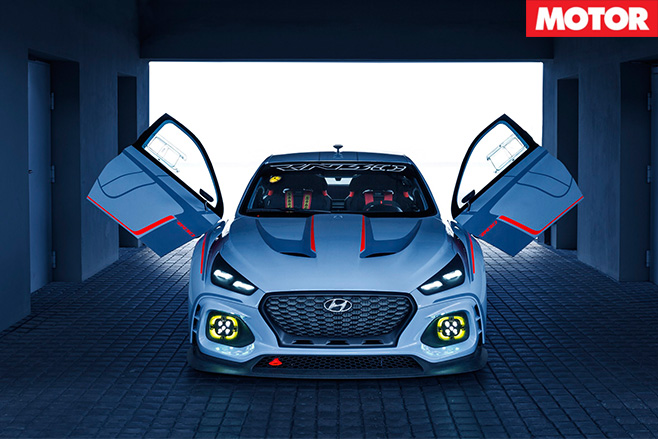 Hyundai calls the car ‘motorsport inspired’, a nod towards its development under the eye of tis motorsport team and no doubt the firm’s efforts at this year’s Nurburgring 24 Hours with an i30.

The RN30 Concept’s biggest similarities with the endurance racer are those ‘floating fenders’, said to widen it 30mm over a regular production i30. 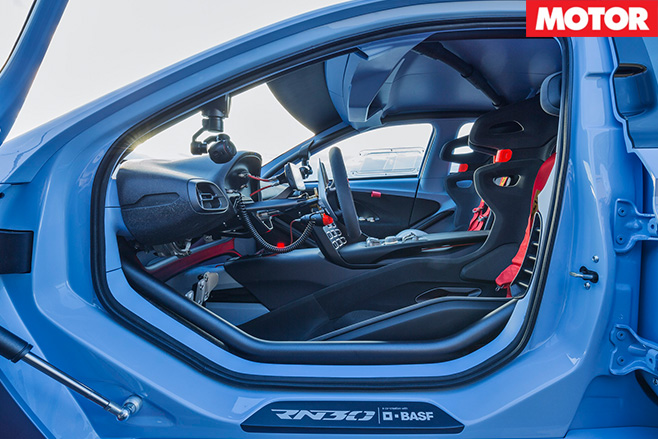 Meanwhile, the racecar theme continues with an integrated roll-cage and a pair of bucket seats.

An Electronic LSD’s said to be keeping a check on each wheel, but it’s unclear whether this is an ABS-based system or uses proper torque vectoring differentials. A lack of clarification suggests the former. 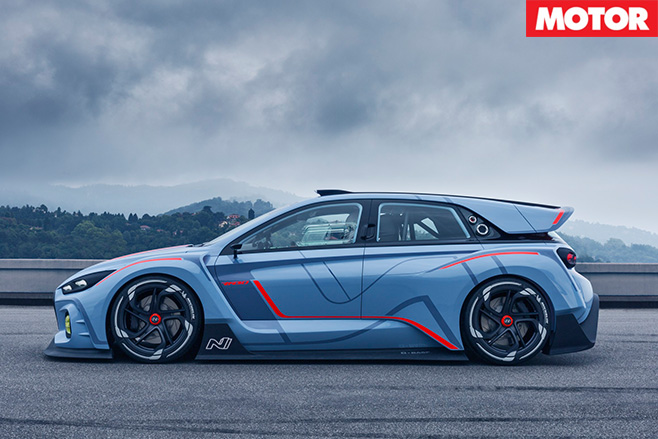 Hyundai’s claimed to have co-developed with German chemical company BASF an all-new plastic for the RN30’s body panels. Compared with carbon reinforced plastic for light weight, it’s also said to be highly durable and environmentally friendly.

Hyundai first launched is high-performance ‘N’ division in September last year but is yet to release its Ford Focus RS, Merc-AMG A45, and VW Golf R challenger. However, the RN30 says Hyundai’s lob is soon on the way.