ONE of the prettiest coupes in the world will be reborn later next year as the second-generation Aston Martin Vantage, before reaching Australia sometime in 2018.

Caught undergoing a fast and furious shakedown at the Nürburgring (where else!) circuit in Germany, the British 2+2 coupe (and, eventually, Roadster convertible) will once again take the fight right up to the Porsche 911, along with the Audi R8, Jaguar F-Type, Maserati GranTurismo, and Japan’s own resurrecting supercar, the Honda NSX. Said to be shorter, wider, and substantially lighter than today’s Henrik Fisker-penned stunner launched 11 years ago (was it really that long ago?), the newcomer will most likely retain a similar silhouette, but adopt more angular detailing as per the new Aston Martin DB11, if this prototype with a body cobbled up of old and new bits and pieces is anything to go by. 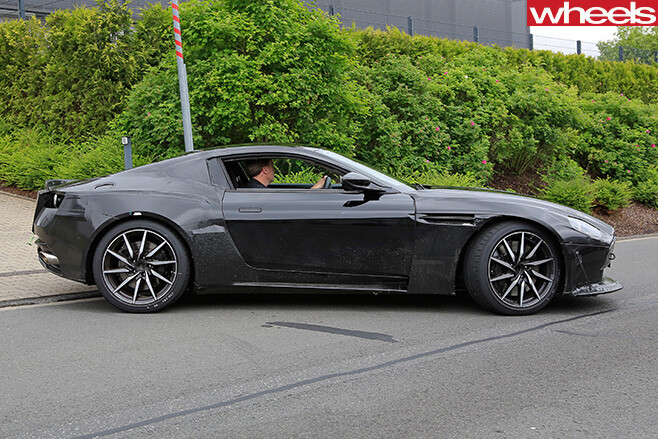 The talk is that a shortened version of the DB11’s all-new extruded and bonded aluminium architecture will underpin the Vantage, meaning double wishbones up front and a multi-link rear suspension set-up behind. 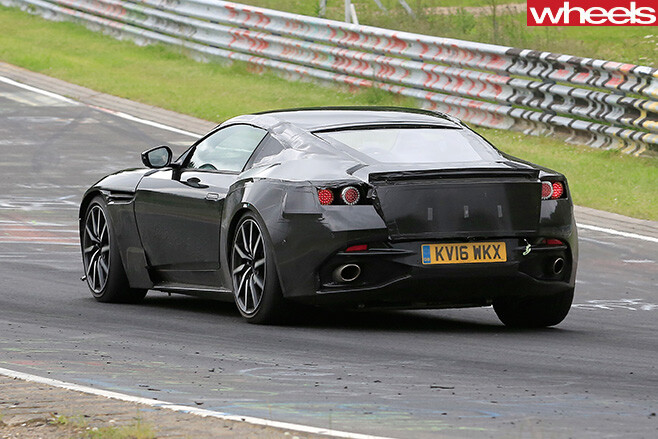 Aston Martin’s burgeoning relationship with Mercedes-AMG will almost certainly see the existing Jaguar Land Rover-based (but completely revamped) 4.7-litre V8 turfed, for what is rumoured to be a variation of the 4.0-litre twin-turbo V8 found in the conceptually similar AMG GT. As before, the engine will be mounted front amidships, driving the rear wheels via a rear-mounted six-speed manual transaxle. An auto is almost certain to follow in the not-too-distant future. Don’t bet against a V12 though; the DB11, due in Australia by year’s end from $428,032, might donate its 5.2-litre twin-turbo heart, which delivers 447kW of power and 700Nm of torque, and drives the rear wheels via an eight-speed auto. If that is the case, the smaller car might even shave a second or two off the latter’s 3.9-second 0-100km/h result. A complete cabin overhaul, with plenty of Mercedes-sourced switchgear and controls around a redesigned dashboard with strong hints of the new-look item found in the DB11, will further differentiate the 2017 Vantage from its 2005 Vantage predecessor. Improved space and practicality are said to be high on Aston’s agenda for its “entry-level” sports car.

To that end, the new Vantage isn’t expected to stray too far from today’s versions, which means it should kick off from about $220,000 for the Coupe, or from around $250,000 when the Roadster rocks up before the end of the decade.