Audi’s RS3 Sportback will receive a power boost later this year which will make it the world’s fastest hot hatch.

As expected, the RS3 hatch will receive Audi’s new-generation 2.5-litre turbocharged five-cylinder engine, lifting outputs from 270kW/465Nm to 294kW/480Nm and cutting two-tenths off the claimed 0-100km/h time, which now stands at a faintly ludicrous 4.1sec. 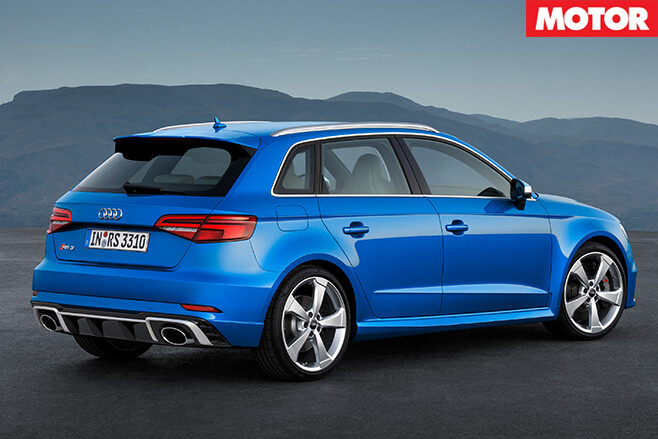 But that’s not quite the whole story. For a while now Audi has been very conservative with its acceleration claims, and given we’ve managed 3.95sec to 100km/h in the current RS3 - admittedly it’s not a result we’ve repeated - the new car should manage four-dead or perhaps a little under. Top speed remains limited to 280km/h.

Not only does the new engine help in a straight line, it should help in the corners, too. While very similar in capacity to the previous 2.5-litre turbo five-pot, switching from cast-iron to aluminium for the block has helped shave 26kg off the weight of the engine. 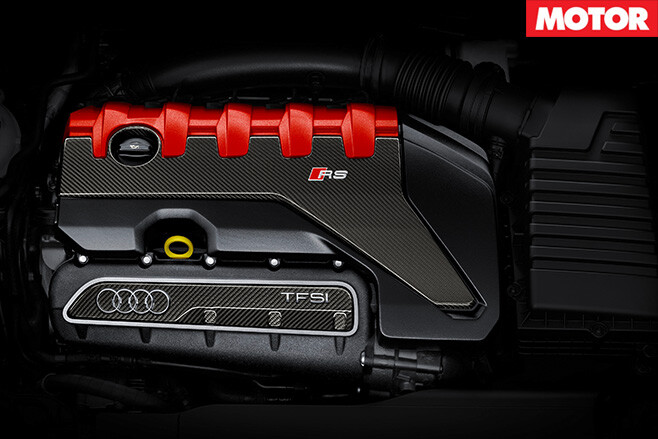 This should ease the strain on the RS3’s hard working front tyres and relieve some of the nose-heaviness felt in the on-limit handling of Audi’s hottest hatch.

Aside from the engine, the changes are relatively minor. There’s a subtle facelift front and rear, with new headlights, a redesigned grille and more aggressive front bar, while Audi’s latest toys make an appearance inside. The new Audi RS3 Sportback launches in Europe in August 2017 ahead of an expected local arrival in Q4 of this year.