Where a new Porsche 911 goes a Carrera GTS version will soon follow – as is the case with the current 991 Series II and this new 331kW twin-turbo peg between Carrera S and GT3. 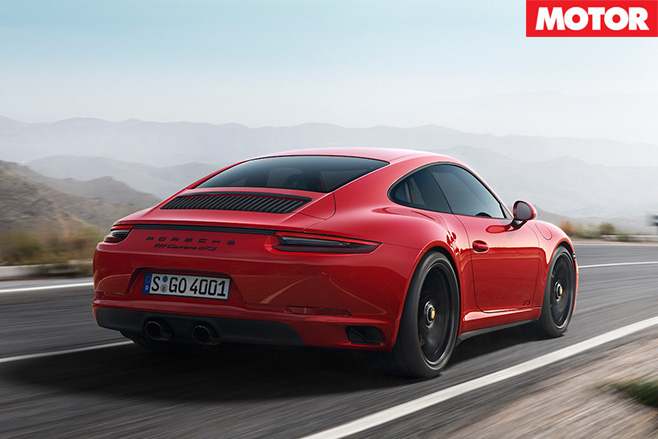 With the optional seven-speed PDK automatic transmission and standard SportChrono package with launch control, the 911 GTS coupe sprints from zero to 100km/h in 3.6 seconds, down from 3.9sec in the equivalent 911 Carrera S and surpassing the 3.9sec $294,325 Mercedes-AMG GT.

Assisting with the sprint gains are wider 305mm rear tyres in the GTS, up from 295mm in the Carrera S. 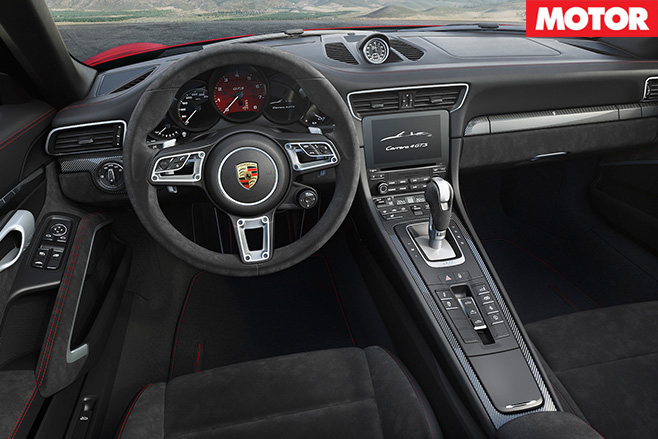 Brace for those phat hips, too, because even the rear-driven GTS gets a wide body typically reserved for all-drive Carreras and above; along with the usual blacked-out exterior design detailing, 20-inch alloy wheels and Alcantara-clad steering wheel and touch points. Sports Plus buckets and a switchable sports exhaust are also standard.

The 911 Carrera GTS will be the last stop on the freight train of 991 Series II updates before the second round of motorsport-focused models lobbed, with the GT3 and/or GT3 RS all but confirmed to once again offer a six-speed manual transmission like the limited edition R. 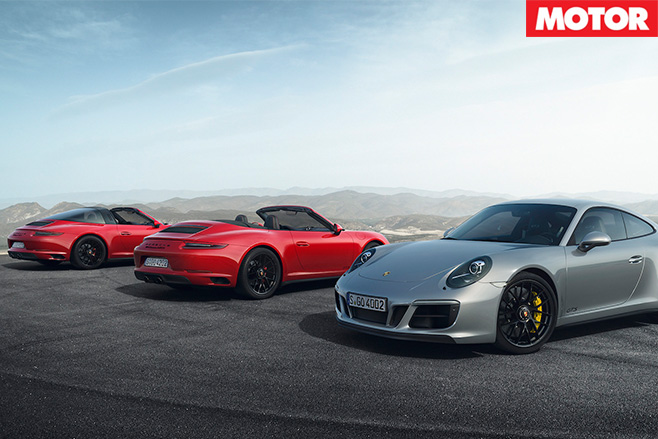