FORD is hoping the arrival of an FX4 special edition version of its Ranger trade ute will provide the sales kick it needs to claim the title of Australia’s most popular pick-up in 2017.

Ranger is currently locked in a vicious battle with its long-time rival, the Toyota Hilux, with the Japanese contender taking out the sales race last year in a final-round sucker punch in December.

Hilux pipped the Ford Ranger in the 4x4 segment by just 196 units in 2016, on its way to taking the crown for Australia’s Most Popular Vehicle with 4x2 sales combined, but the locally developed Ranger is aiming to bounce back with the help of an FX4 Special Edition, released last month. 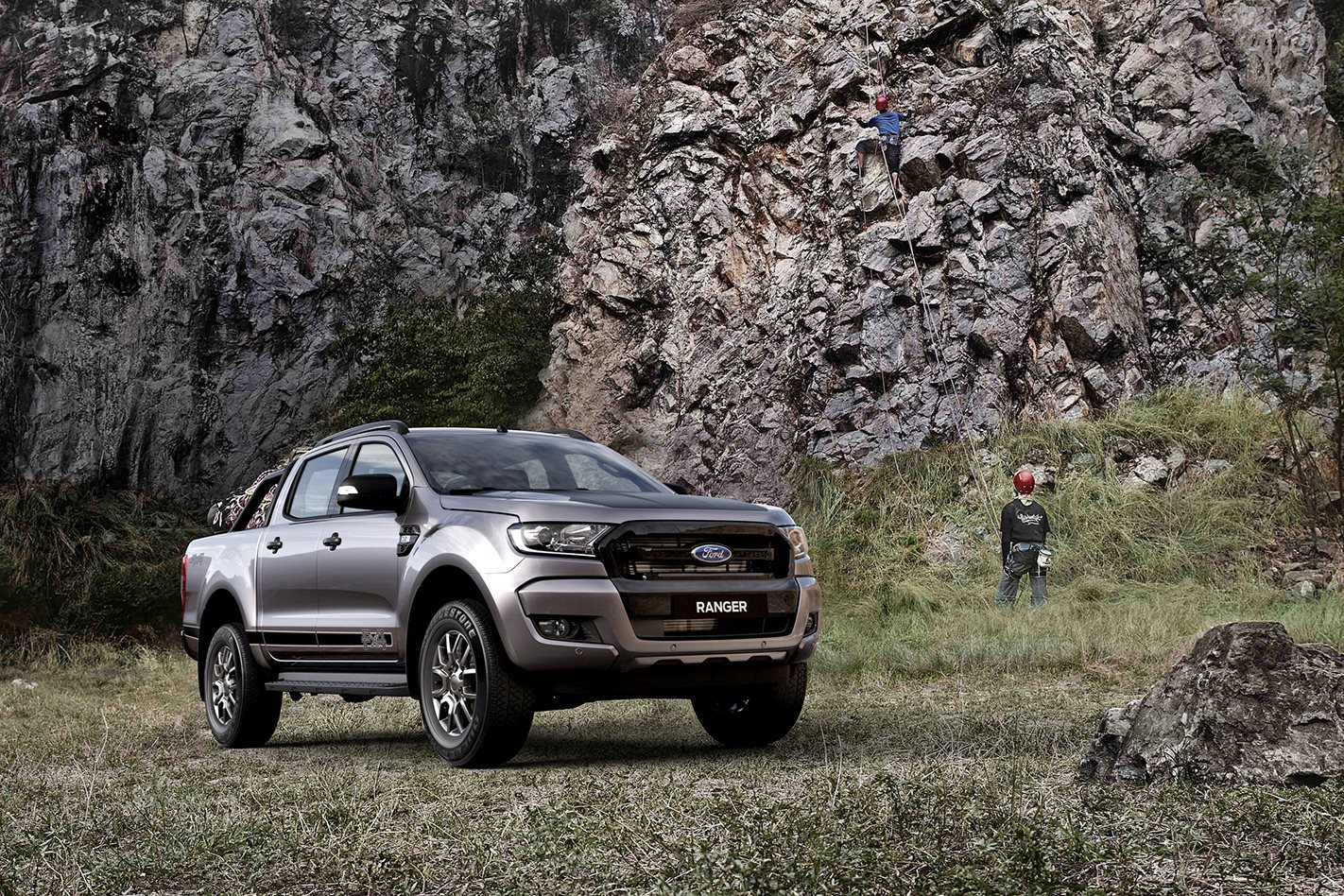 FX4 has been slotted in between the XLT and flagship Wildtrak – the more expensive variants that have contributed to about 60 percent of Ranger sales.

As with the Ranger’s last special edition, the XL-based XLS that became a permanent fixture in the line-up, the FX4 is a visually enhanced model with no mechanical changes despite the badge’s off-road focus on the US F150 ute.

There are also ‘FX4’ decals on the flanks, and four paints exclusive to the variant.

The FX4 features the first black leather interior for a Ranger, which Ford Australia says has been particularly well received by customers. Seats featuring ‘FX4’ logo on the headrests are joined by front and rear carpet mats and black interior trim highlights.

FX4 is powered by the same 3.2-litre five-cylinder turbo diesel as the XLT, with $2200 charged for the automatic gearbox alternative to the standard six-speed manual.

This is a limited-edition Ranger for now, though Ford Australia will no doubt re-assess the situation if the FX4 helps extend the 4718 v 4344 sales lead the Blue Oval has established over the Hilux after the first two months of 2017.

A wider, reverse gap in the 4x2 segment means Ford has a tougher assignment ending the Hilux’s three-decades reign as Australia’s best-selling ute, but a win in the vastly more popular all-wheel-drive class would certainly give Toyota a big black eye.