Details on Hyundai’s Golf GTI fighter have been revealed ahead of its release this year.

Presented to journalists were key specifications on the company’s first full-blown hot-hatch. One it hopes to threaten segment benchmarks like Ford’s Focus ST.

What we can confirm is the car’s 2.0-litre turbo inline-four will pack two different power tunes. The basic i30 N will debut with 184kW, but a performance package will lift power to 205kW. 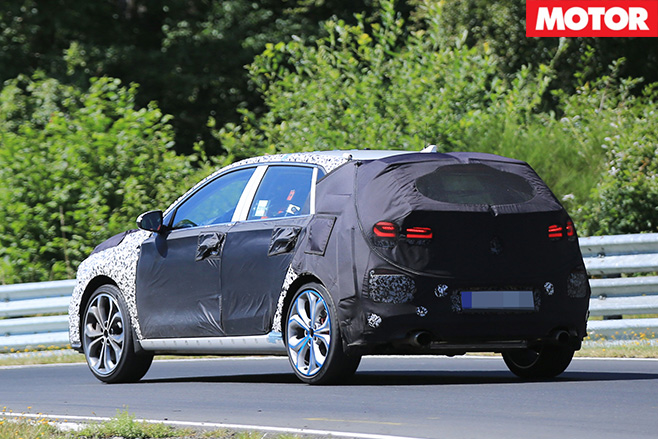 The car will also use an electronically-controlled mechanical LSD.

What’s more obvious is the engine will be exclusively mated to a six-speed manual transmission until 2018, when it’ll be joined by a ‘wet’ eight-speed dual clutch automatic.

As heard already in a teaser video last year, the i30 N’s 2.0-litre turbo four will bark through a variable exhaust system 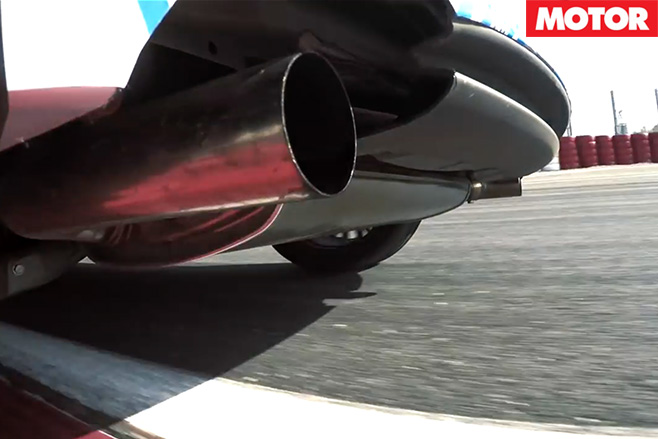 Exterior wise the car is set to wear a redesigned front grille and feature unique side skirts. A rear diffuser insert with fins is also boasted to help it produce ‘better aerodynamics.’ 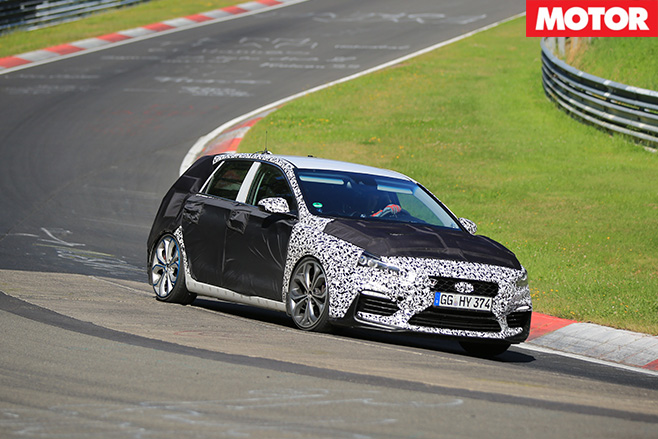 It’s also known these exterior and interior features will be offered as an ‘N’ style package on i30s without the N-prepped driveline.

The i30 N is expected to launch halfway through this year, with both road- and track-optimised packages, before an even hotter RN30 hits roads later next year.