The German brand states that its “all-out newly developed GT racer … makes full use of the breadth of the Le Mans 24 Hours GT regulations” and that includes “the ultra-modern, flat-six unit positioned in front of the rear axle.”

“While retaining the typical 911 design, this is the biggest evolution by now in the history of our top GT model,” admits head of Porsche Motorsport, Dr Frank-Steffen Walliser. 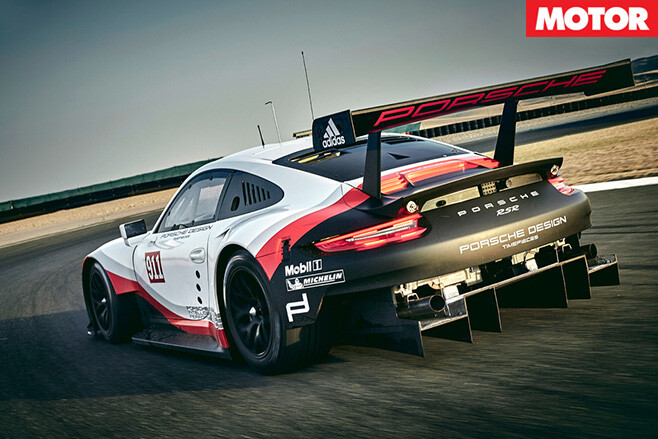 The 4.0-litre atmo unit gets direct injection and up to 375kW (depending on the restrictor), and shifting it forwards allowed Porsche to install a “particularly large” rear diffuser and a rear wing borrowed from the Le Mans LMP1 top-category-winning 919 Hybrid.

Four-wheel electro-hydraulic steering features and, in a sign of the times, the RSR even gets a radar-based collision warning system so that “even in the dark, the faster LMP prototypes are detected early enough and misunderstandings can be avoided.” The 1243kg single-seat racecar conforms to Le Mans Grand Touring Endurance (LM-GTE) specifications, which has recently seen a rise in new turbocharged competitors such as the 3.5-litre Ford GT and the 3.9-litre Ferrari 488 GTE replacement for the 458 Italia GT2.

Although Porsche last won the LM-GTE Pro class at the 2013 Le Mans, was pushed to third the following year, fifth last year, and seventh this year behind the Ford GT (first place) and 488 GTE (second), the company is clear about sticking to natural aspiration.

“For the 911 RSR, we deliberately focused on a particularly modern and light normally-aspirated engine, as this gave our engineers immense latitude in developing the vehicle,” claims Dr Walliser. 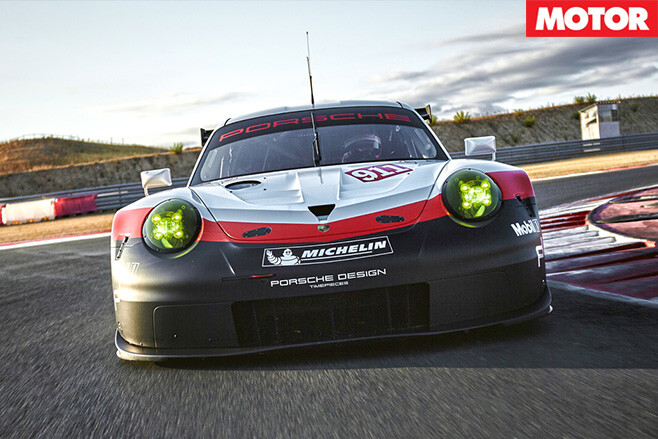 “Apart from that, in principle, the LM-GTE regulations stipulate the absolute equality of various drive concepts, as the torque characteristics of turbo and normally aspirated engines are aligned.”

Porsche is no doubt hoping the mid-engined 911 RSR is its GT championship comeback kid – and follows the 2015/16 LMP1 class wins of the 919 Hybrid – when its two factory entries start racing in 2017. It claims the latest racecar has covered 35,000km in testing, more than any other Porsche GT model. 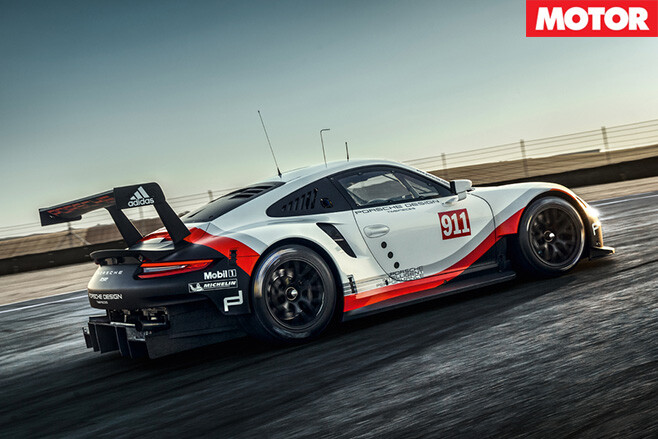 The 911 RSR’s global race debut won’t be at Le Mans or even in European racing, however, but rather the American Weathertech SportsCar Championship in the season opener in Daytona on January 28 next year.