Renault’s ho-po division appears to be leaning towards a turbo 1.6-litre powerplant for its next-generation Megane RS

THE legendary Renault Megane RS’s replacement will not have a turbo 2.0-litre four, a manual transmission, or a three-door body. Though the new version of France’s hot hatch great isn’t due to launch in Europe until 2017, Wheels can confirm it will be a very different car.

According to Renault Sport’s vice-president of sales, marketing and communication, Regis Fricotte, the current Megane RS’s engine has reached the end of its life. The turbo 2.0-litre, which punches out 195kW in Cup models (pictured below) and 202kW in the Trophy (pictured top), simply cannot be developed to meet future emissions requirements. “It has not the capacity to go further on,” he said. 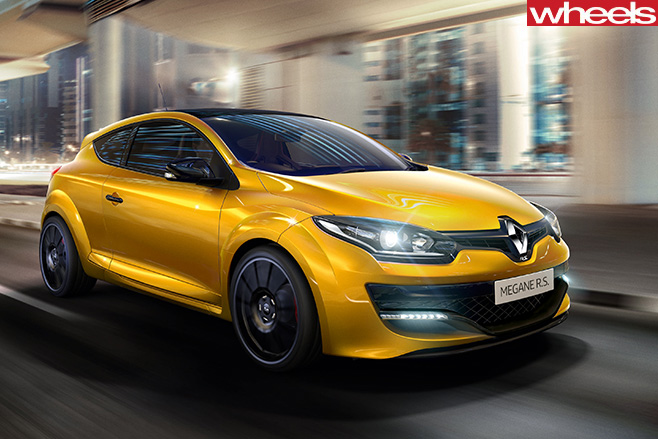 Fricotte would not confirm what will take its place, but a high-boost version of Renault’s turbo 1.6-litre four, which delivers 151kW in the new, fourth-generation Megane GT due to reach Australia in the second half of 2016, is the obvious candidate. After all, Peugeot Sport is already getting 200kW from the turbo 1.6-litre four in the forthcoming 308 GTi (pictured below). And what one French performance car company can do, so, presumably, can another.

Renault has already confirmed that the new Megane will not be built in three-door form. Global markets are more interested in crossovers and SUVs than three-door hatches (and convertibles). 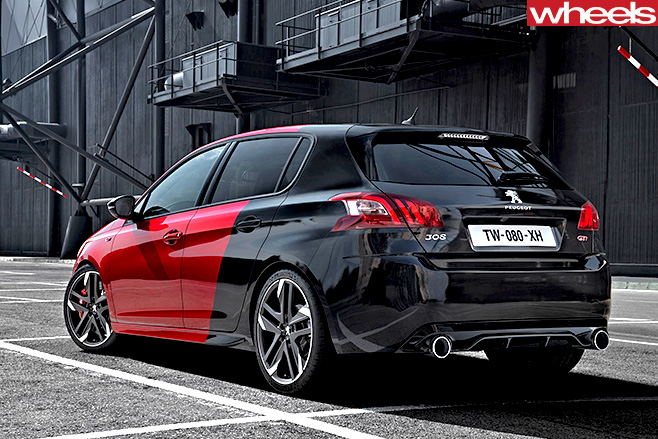 So the Megane RS will, like the imminent Clio RS, be forced to switch to a five-door body. Again like the Clio RS, the next Megane RS will be equipped only with a dual-clutch transmission, Fricotte hinted. The changes to body and driveline didn’t hurt Clio RS sales at all, he added.

Fricotte also said Renault Sport was planning an expanded range to leverage the brand’s return to Formula One. While the executive would not reveal details, he was crystal clear on one point. “We will call it an RS only when we really believe it is an RS,” he said.