Toyota has given its popular 86 sports car its first major makeover since its 2012 launch, though modifications focus more on dynamics than performance.

The Japanese coupe follows recently announced changes for its near-identical twin, the Subaru BRZ, and will bring revised styling, a tweaked chassis and a minor engine upgrade towards the end of the year.

Despite many 86 enthusiasts calling for a turbocharger to boost performance, the 2.0-litre four-cylinder ‘boxer’ engine remains a natural breather – though improved airflow from revised intake and exhaust manifolds has liberated an extra 5kW and 7Nm for 152kW and 212Nm outputs.

Engineers have also aimed to address the tractability weakness of the engine by improving the torque curve at lower revs. Torque peaks across a 200rpm-wider range, though still kicks in at a high point: 6400-6800rpm. 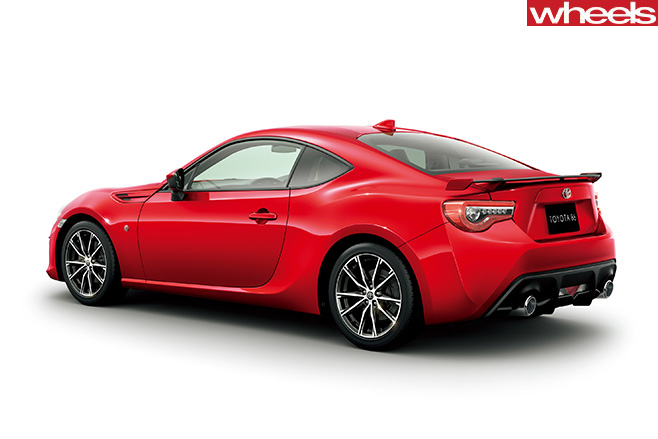 The changes apply only to the standard six-speed manual, which presumably (as Toyota doesn’t specify) adopts the shorter gearing applied to the BRZ for improved acceleration.

A lesser-powered six-speed auto version – with paddleshift – will be offered again.

Ride comfort is said to benefit from reworked damper valves and increased body rigidity that stems from extra spot welds for the coupe’s rear pillars. 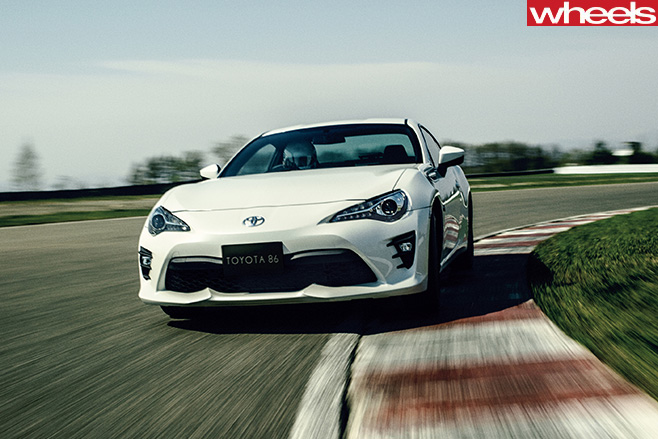 "We overhauled everything – primarily as a result of technological feedback from the 86's participation in the 24 Hours of Nürburgring – and repeatedly tested the vehicle on roads all over the world as we manufactured every single part," said Tada.

"The new 86 has been perfected to such an extent that, from the moment the steering wheel is gripped and the vehicle accelerates away, every driver will be able to recognise its evolution.”

Toyota and 86 badges aside, the new front end and 17-inch alloy wheels create the biggest visual differences to the BRZ. 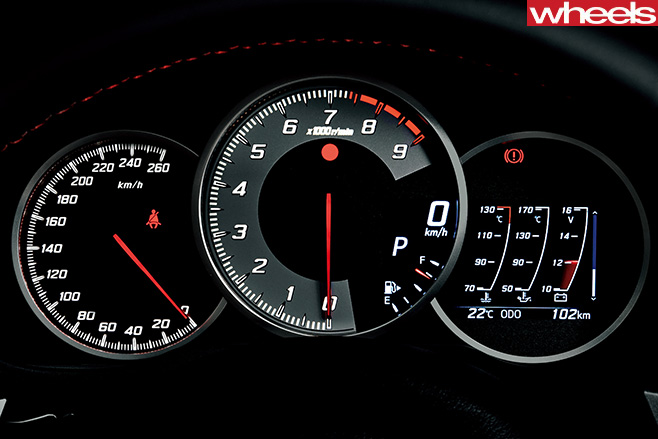 The headlights and tail-lights that are unchanged in shape but now feature LEDs, plus new fake side vents below the A-pillar, are shared. The ‘86’ badge moves from that latter position to sit behind the front wheels.

The oft-criticised 86 interior gets another update. A new 357mm-diameter steering wheel is the smallest in the Toyota world; there’s a new optional suede-like trim called Grand Luxe for the instrument panel and doors; and a 4.2-inch TFT display featuring G-force meter, power and torque curves, and stopwatch is introduced.

This display is expected to be offered on the higher-spec GTS, along with the same 6.2-inch colour touchscreen announced for the BRZ.

Toyota doesn’t make reference to the touchscreen and has provided only a full dash shot of the base car that looks very much a basic model – including a large blank panel on the centre of the dash where the infotainment display would be expected to be positioned on the GTS.

The Toyota 86 has been Australia’s best-selling sports car for the past three years.