The engineering may be conventional, but the execution is exceptional. The Toyobaru twins’ focus on affordable, involving driving enjoyment propelled them, with tail-out attitude, into the COTY winner’s circle.

The engineering may be conventional, but the execution is exceptional. The Toyobaru twins’ focus on affordable, involving driving enjoyment propelled them, with tail-out attitude, into the COTY winner’s circle.

First published in the January 2013 issue of Wheels magazine, Australia’s most experienced and most trusted car magazine since 1953.

Rarer still are results like Wheels Car of the Year 2012, the Subaru BRZ/Toyota 86. Both launched mid-year and were rapturously received. Understandable, as they blend supermarket-shelf affordability with chic boutique driving pleasure. Sensually satisfying and immensely entertaining, this compact, front-engine, rear-drive coupe was something special. The 86 was exactly the kind of car many believed Toyota had forgotten how to create. And the BRZ proved Subaru's expertise extended beyond turbocharged boxer engines and all-wheel drive. 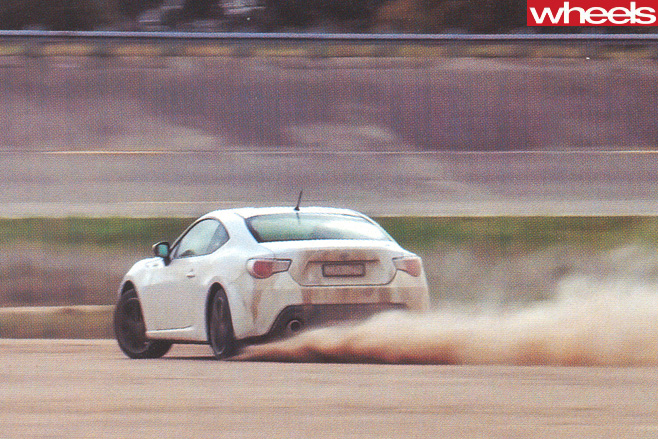 There was never any question the BRZ and 86 would be considered individually in COTY. They're near-identical twins and judging them separately would have been unfair as well as unrealistic. As in any successful collaboration, the work of each partner was crucial to the outcome. Perhaps Toyota deserves a fraction more credit, for having initiated the project. But while Toyota also planned and designed the coupe, Subaru provided the basic engine and suspension tech, and had the tasks of engineering development - vitally important for this kind of car - and manufacturing.

Find out how the 86 fared against the MX-5, WRX and Megane RS250 in our August 2012 sports car comparison review or read our first fang in the automatic Toyota 86 from October 2012 - only in the Wheels Archive.

There seemed little doubt the coupe would make it to the final stages of COTY, but victory was not a foregone conclusion. Among the other nominees were some outstanding cars. One of them showed convincingly how our driving dependency on oil could be massively reduced. Another offered a spectacular redefinition of everything that should be expected from a tiny car. Along with the Holden Volt, Volkswagen Up, and the others, the 86/BRZ would have to survive the sustained and searching scrutiny that is the week-long COTY test program. In other years, cars have gone into the process with a bright reputation and emerged with it tarnished. And, needless to say, empty-handed. 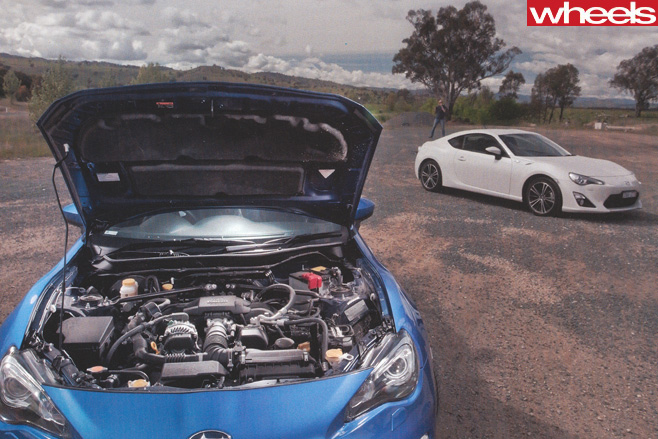 The most obvious weakness of BRZ/86, against the COTY criteria, is technology. Aside from the engine being equipped with the latest-generation Toyota D-4S fuel injection and the horizontally opposed four's high power for its capacity, there really isn't anything new or exciting about the coupe's drivetrain or chassis hardware. Nor is there anything innovative about the body's design or construction. It's a trad-style booted coupe, with two useful front seats, two less useful but foldable rear seats, and a small 217-litre cargo compartment with a lump making it clear where the full-size spare wheel is to be found. The body is stamped from a mixture of steels rich in high strength and ultra-high-strength content, and careful attention was paid to the shape's aerodynamics. Such claims could be taken from almost any new-model press kit from the past several years.

Then you drive it, and it's instantly, glaringly obvious that the engineering effort invested in the 86/BRZ has gone into the details. All of them… 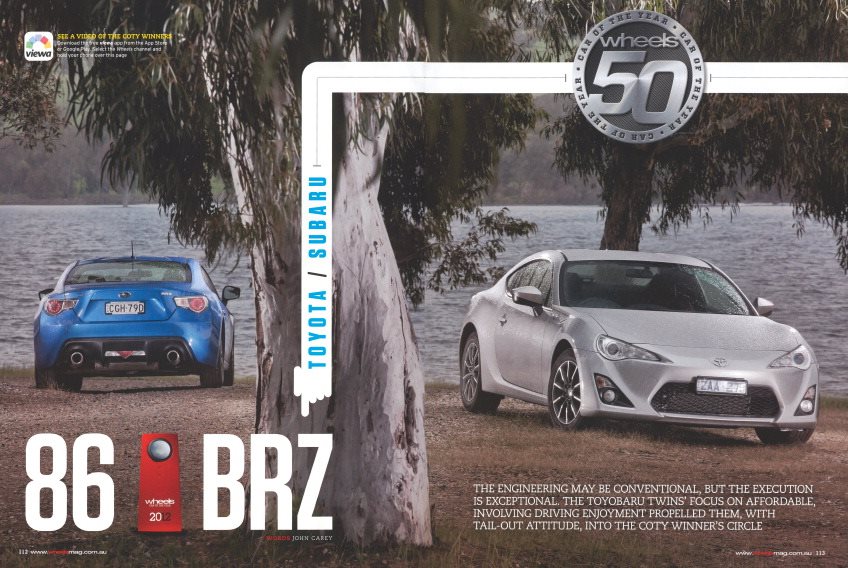 TOYOTA 86/SUBARU BRZ COTY 2012
First published in the January 2013 edition of Wheels. Click here to read this article in its original format.