The Mark 7.5 Golf GTI takes its 2.0-litre turbo four-pot from 162kW to 169kW, matching the outgoing Golf GTI Performance. That limited-slip differential-equipped model shifts to 180kW, although no torque figures have been given. Both currently produce 350Nm. Both GTI and R get new LED headlights (replacing the previous Xenon units) with reshaped ‘double C’ inner bezels the main change alongside a new front bar and honeycomb grille inserts. Even the base car receives LED tail-lights of the first time, and Volkswagen says some versions will score sequential indicators.

Inside a new 9.2-inch colour touchscreen with gesture controls is a sizeable step up on the outgoing 6.5-in unit. A mammoth 12.3-in colour display ahead of the driver also replaces the analogue speedometer and tachometer of the current Golf GTI and R – although it’s unclear if either will make the standard or optional equipment list. Thankfully, tartan trim remains. 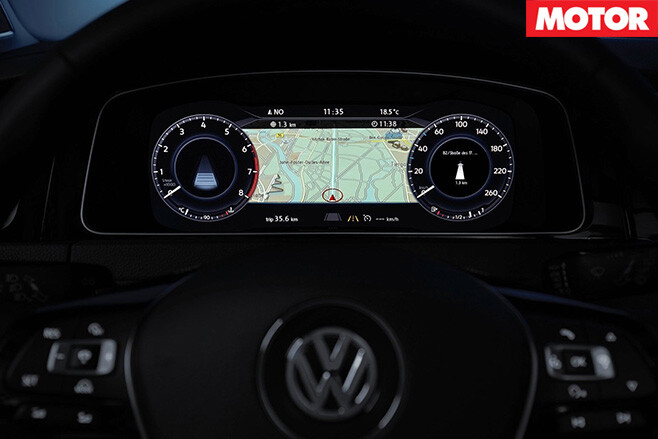 Expect the Golf GTI range to be expanded here next year, primarily thanks to the sell-out success of the 195kW Golf GTI 40 Years limited edition that proved to Volkswagen Australia that there is appetite for a powerful, LSD-equipped manual hot-hatch model grade. 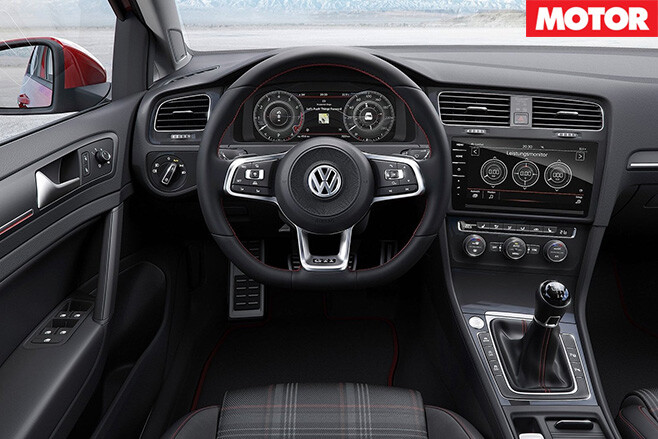 “This is such a strong GTI market that we’ll look at taking the model line in all possible variants.”

He confirmed that includes reintroducing the three-door bodystyle that was available in 2005’s Mark 5 and 2009’s Mark 6 Golf GTI, but was ditched here with 2013’s Mark 7. 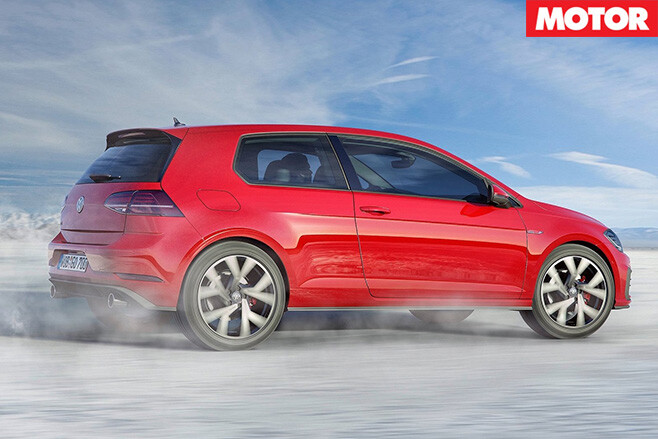 The Golf R is expected to boost power beyond the current 206kW and 380Nm, however figures have not yet been detailed. The all-wheel drive flagship will be retained in the range in manual or DSG trim and will arrive simultaneously with the Golf GTI in the Australian market from August next year.

“Golf R has and will retain those strengths that make it unique,” added Pottinger.

“R has never been more successful – in fact it has outsold GTI at some points this year despite the steeper price.”