FANS of luxury crossovers are in for a treat with the first concrete proof of the long-rumoured Volvo V90 Cross Country.

Sprung testing in Sweden (where else!), this will be the largest, longest, and most expensive jacked-up wagon the company has ever produced when it hits dealerships in 2017. 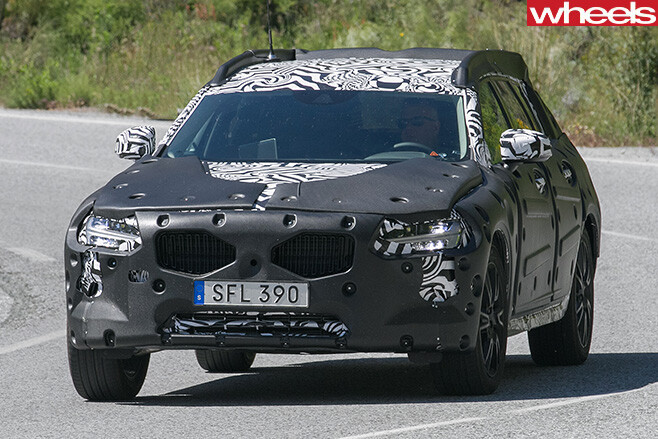 Obviously the V90 Cross Country will have the established Audi A6 Allroad in its crosshairs, but Volvo is also aiming to lure buyers away from premium SUVs like the Audi Q7, BMW X5, Lexus RX, and Mercedes-Benz GLE.

Mirroring Volvo’s own aging XC70, the newcomer will feature most of the usual crossover styling cues – a raised ride height, butched-up body cladding, bulky roof racks, and chunky wheels, suggesting that the V90 Cross Country will not stray too far from the proven formula first seen 20 years ago in the Subaru Outback. 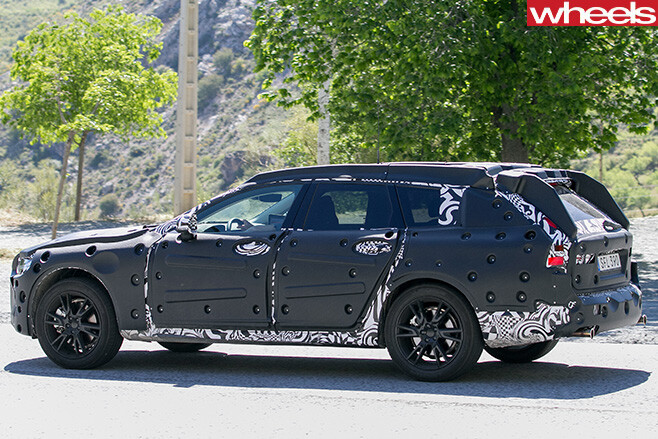 Lurking underneath is the company’s SPA Scalable Product Architecture, first seen in the well-received XC90 launched last year, and spreading down to every future Volvo from here-on in.

A brace of 2.0-litre four-cylinder turbo engine options in T5 and T6 petrol and D4 and D5 diesel applications are likely, while a T8  petrol-electric hybrid is also said to be in the pipeline. Most will drive all four wheels via an eight-speed automatic transmission, though the smallest-output versions may stick with front-drive only. A full suite of ‘IntelliSafe’ safety systems is expected to be available, including semi-autonomous driving technologies like automatic braking, adaptive cruise control, and rear cross-traffic alert.

Being Volvo’s first full-sized crossover offering, predicting exact pricing is tricky. With the A6 Allroad 3.0 TDI quattro retailing from $111,900, it’s reasonable to expect the V90 Cross Country to start north of $100,000 when sales commence sometime in the first half of next year.