Two new versions of the yet-to-arrive-locally Alpine A110 have already been announced, positioning the ‘Premiere Edition’ as the middle-of-the-road choice.

Each version will be powered by the same 185kW/320Nm inline four as the standard or  Premiere version, with the same wet clutch 7-speed DCT ‘box, and the same double wishbone suspension. But small visual tweaks such as a new set of wheels, as well as spec level and interior fitout will determine which version will suit each buyer.

The first of the new versions, and the one we estimate will be of better value, is the ‘Pure’ variant, which is what you’d expect given the similar name applied to base-pack BMW M performance cars.

The Pure will be the version focused on driving, with a “minimalist yet high-quality approach” to specs. Alpine says this will be the lightest and most focused version of the A110. The other new version, the Légende, will lean more towards “refinement and sophistication,” turning the A110 into a more touring-biased car.

Standard on the Légende will be adjustable lightweight Sabelt seats, a full-leather interior, and carbon fibre trim. 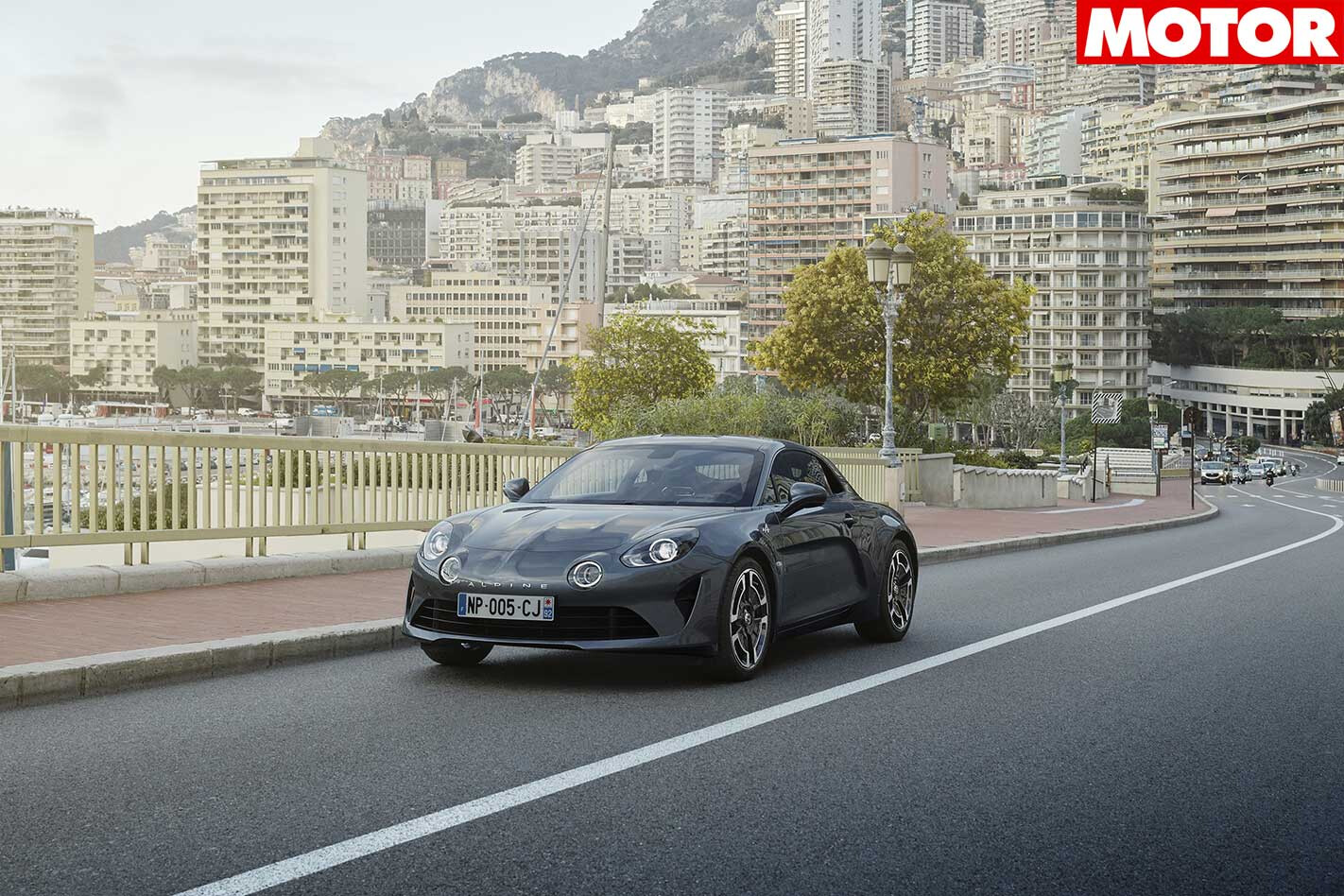 Whether these new versions of the Alpine A110 will make it to Australia remains uncertain, as Renault Australia is yet to publicly finalise its allocation of the standard A110.

International pricing for the A110 Pure and Légende is set to be revealed at the Geneva Motor Show on March 6th at 9.30am Swiss local time (7.30pm AEDT).