After more than a generation of Audis being genetically linked by the now-ubiquitous single-frame grille (dubbed ‘koala nose’ in the Wheels office), the Ingolstadt brand’s design language is set to forge ahead with greater differentiation between model lines.

Cue the world premiere of the second-generation Audi A7 Sportback.

Hot on the heels of the fourth-generation Audi A8, the new A7 represents a less conservative, more progressive take on Audi’s new “upper class” design DNA, previewed by the Prologue concept at the LA show in 2014. But unlike the more conservative A8, the edgy A7 pushes Audi’s new design language into far more dynamic territory – defined by its even more pronounced proportions. 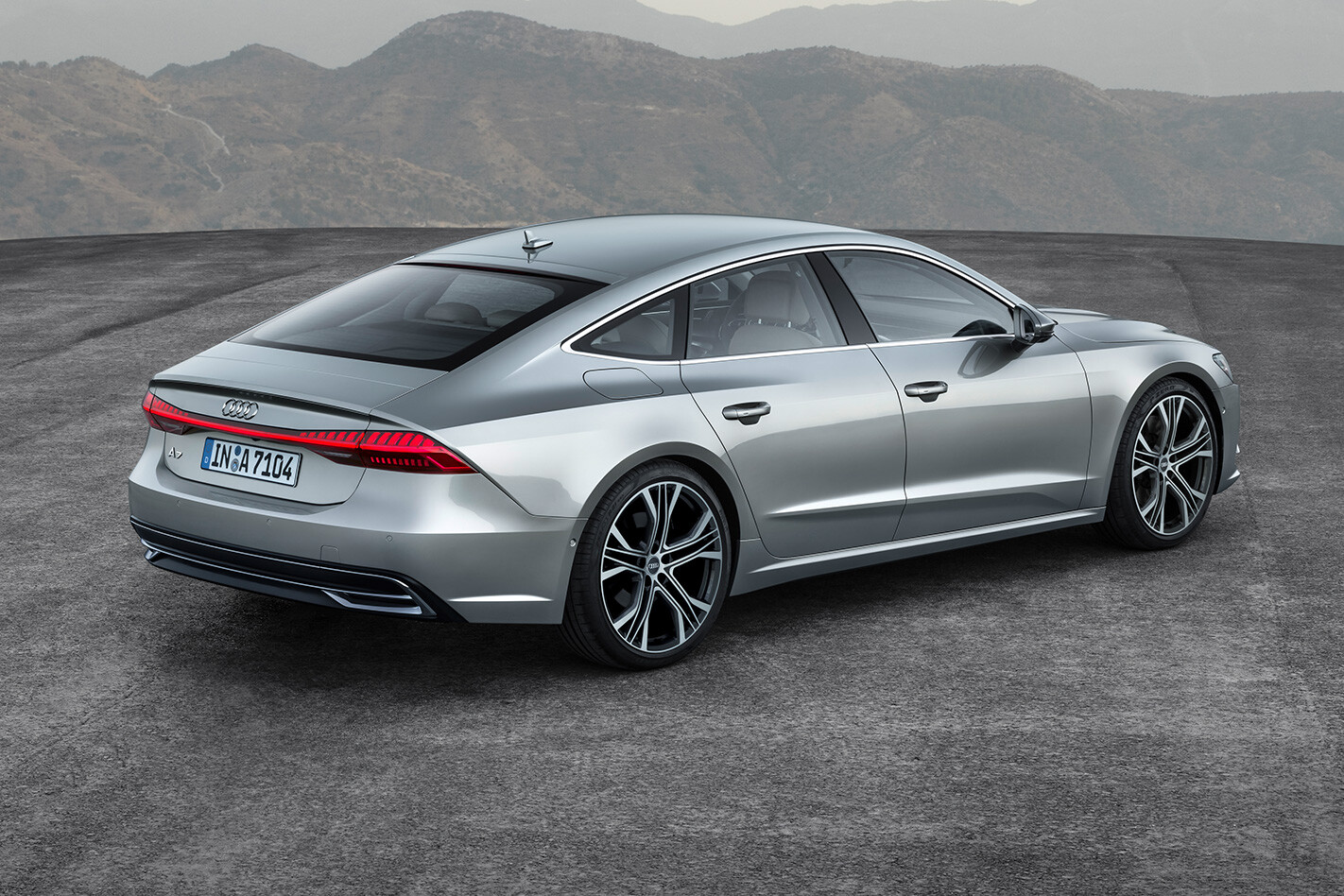 Mounted on a sizeable 2926mm wheelbase, the 4969mm-long A7 places greater emphasis on a long-bonnet look than the A8, but it’s the A7’s low and wide stance that marks it as a sportier, more progressive design. At 1908mm wide, the new A7 is a broad beast, yet it stands just 1422mm tall. And Audi claims it offers more lounging room than its seven-year-old predecessor, particularly in the rear seat.

Going forward, Audi intends to create far more differentiation between its A, Q, and R model series. Indeed, according to Audi’s flamboyant Design Director, Marc Lichte, the Prologue concept’s styling will be split into “three different characters” for its full-size models, culminating in the all-new Audi A6 set to debut next year.

Now that the unifying cue of the single-frame grille has visually established the Audi brand in the world’s largest car market – China – the Ingolstadt design team feels energised by a freedom that “doesn’t happen very often” in fragmenting what defines the look of an Audi. In the new A7’s case, it builds on the overall fastback shape of the original but adds a lot more drama to the design – perhaps too much if you prefer truly clean lines.

Chatting to Audi exterior designer Sebastiano Russo at the A7’s world premiere in Ingolstadt, Russo was adamant that this “sculptural” look really defines the new-gen A7, including subtle “quattro blisters” over each wheelarch.

“For us, the really low shoulder [line] was important for the car because with that you can really bring the point of gravity down … [And] with the rocker [along the lower door edges], the bottom line is starting really dynamic in the front, then raising and gradually growing to the rear. [This attaches] to the strong graphic of the new ‘boat-tail’ A7 design theme, [creating] the same 3D-effect we tried to achieve [with] the tail-lights.” And how about those stunning tail-lights? “For me, [they’re] like a UFO”, gushed Russo, “and I’m very proud because that theme was inside the first sketch I did. Here we had even more 3D than the Prologue [concept] … [something] we’ve never had before in production.”

“Underneath the lights you have one third shadow, two-thirds light, and if you take a look together the proportions, [it] creates this lightness. And together with the width of the car and this integrated UFO light, for me that’s [the] outstanding feature of the A7 which you’ll really recognise from far away.”

More familiar is the new-gen A7’s silhouette – a “really low back with this really iconic shape to it”, inspired by the rakish roofline of the 1970 Audi 100S Coupe. 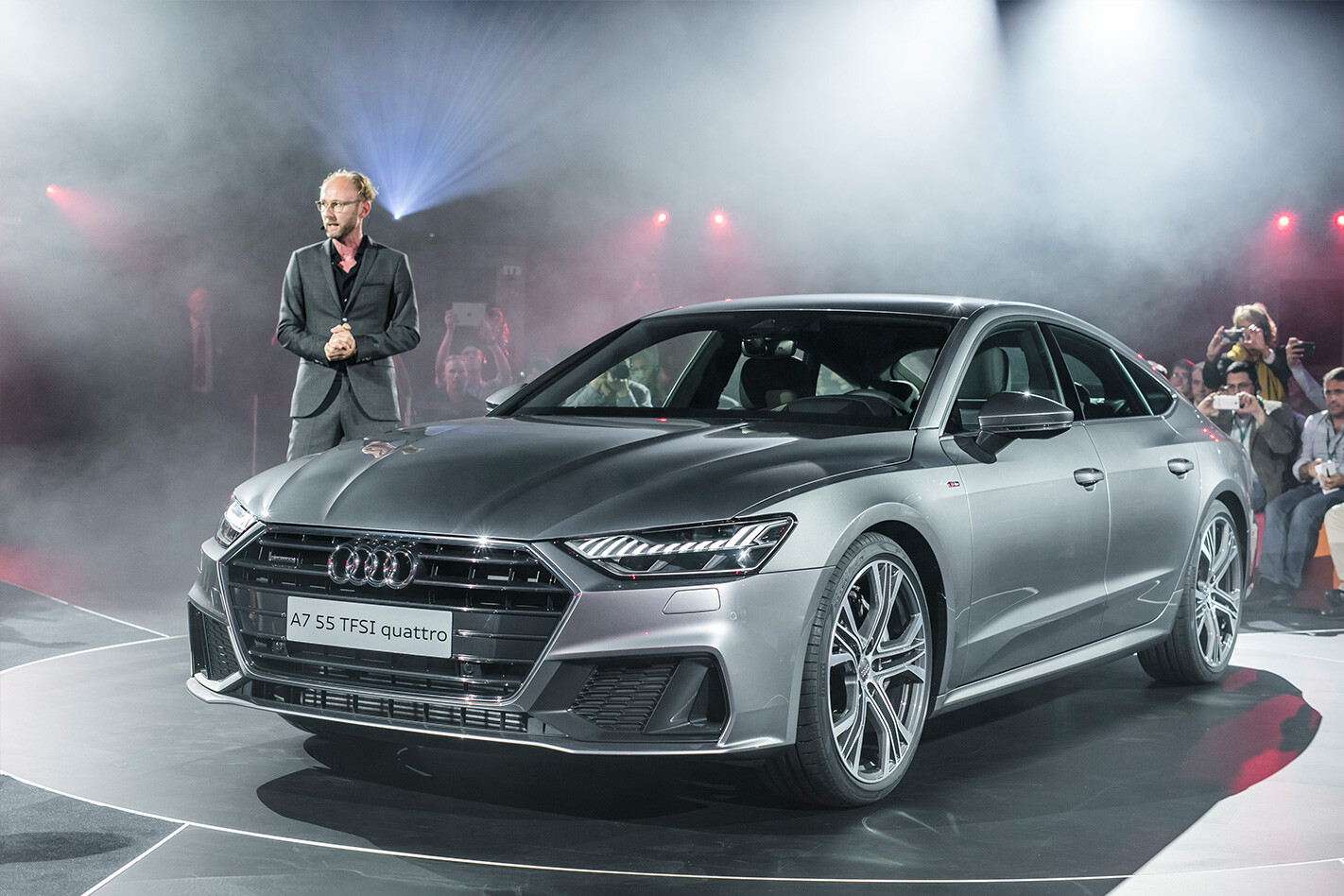 Said Russo: “the first detail when I started to draw was the back of the car, because we talk about the Gran Turismo look. For a nice, sportive coupe, the most important thing I would say is the back.”

“We raised the [new A7’s] silhouette by 30mm to make it much more sporty, much more progressive … plus we achieved more headroom.” 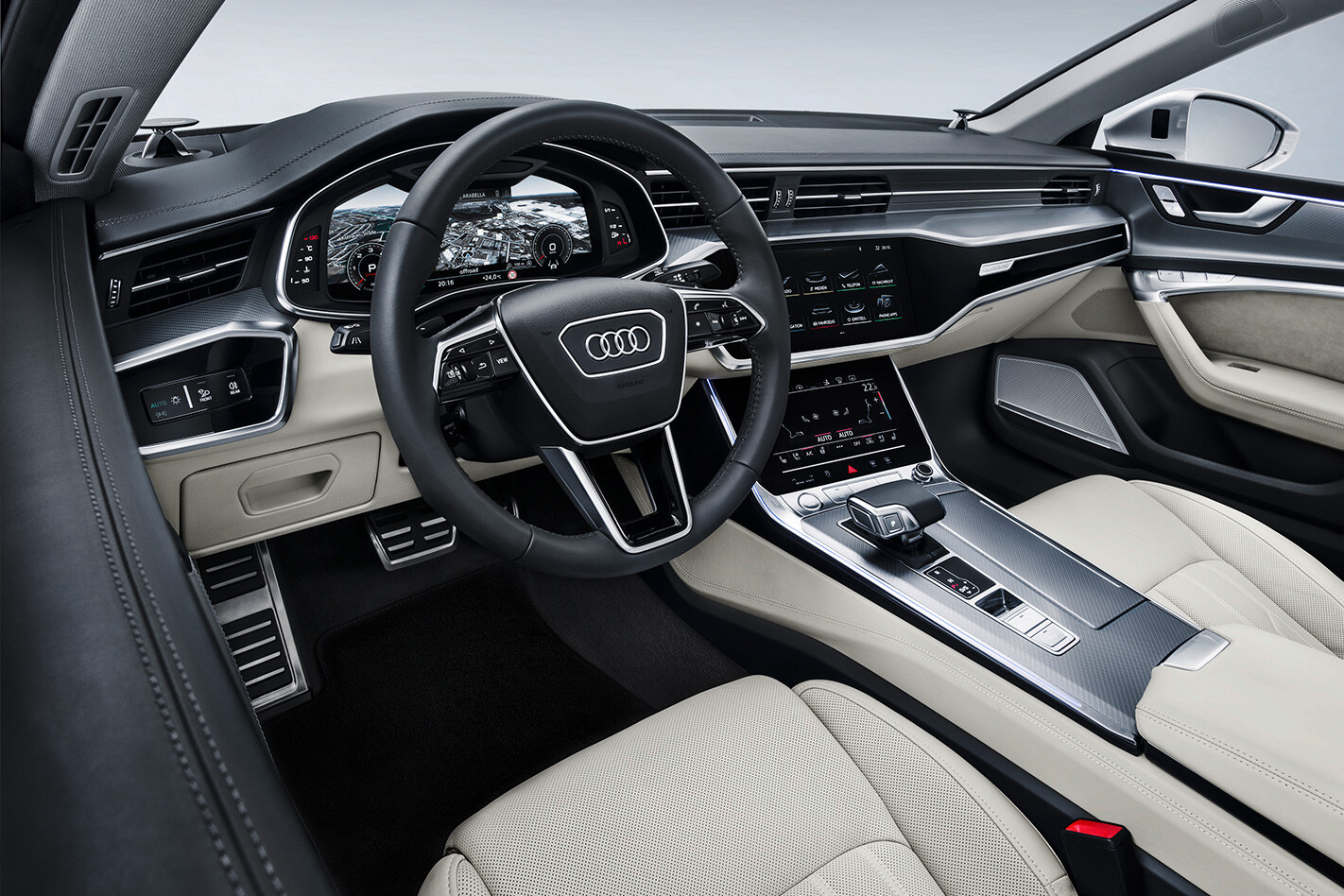 Inside, the new A7 rejects the new A8’s “democratic, more open” interior for a much sportier, more driver-oriented cockpit design. Audi’s fabulously intuitive and wonderfully seamless ‘MMI Touch’ screens form the basis of the A7’s incredibly clean cabin, though it’s the ambient lighting – offering light and shade not only in the door trims but also the dashboard (the ‘quattro’ badge and horizontal trim line ahead of the front passenger light up) – that adds depth and tonality to the overall look. It’s both super-slick, yet warm, which is incredibly hard to achieve.

Set to go on sale in Germany in February, the new-gen A7 is unlikely to appear in Australia until late 2018. At present, just the one drivetrain has been revealed – a 250kW/500Nm 3.0-litre turbo-petrol V6 in the A7 55 TFSI quattro.