Sprung: BMW's next super-sized coupe. Or is it the next 6 Series? Confusion reigns over BMW’s flagship two-door

HERE is a next-generation two-door coupe flagship from BMW – but whether it is the expected replacement for the current BMW 6 Series Coupe, or the long-rumoured all-new BMW 8 Series Coupe, nobody outside Munich’s inner sanctum is sure right now.

Snapped earlier this month wearing heavy camouflage, speculation suggests that this imposing and stylish two-door will be badged 8 Series, signalling BMW’s return to the big coupe market vacated when the striking E31 8 Series ended its 10-year run in 1999.

Little is known about this car, other than it would most probably be built on a variation of BMW’s CLAR Cluster Architecture – a rear-wheel-drive platform designed from the outset to support hybrid and full electrification, as well as all-wheel drive. It was first used underneath the G11 7 Series limousine launched last year, and will also underpin the next-generation, G30 5 Series range to be unveiled in the coming weeks. 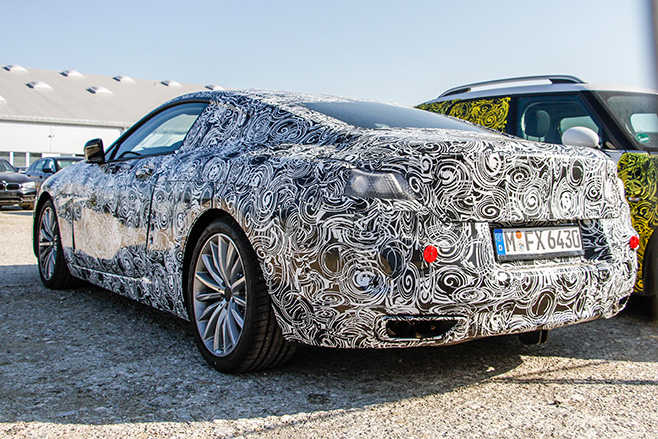 Fuelling rumours that BMW will stick an ‘8’ badge on this sleek prototype’s rump to take on other high-end luxury four-seater coupes such as the Mercedes-Benz S-Class Coupe, Bentley Continental GT, and Maserati GranTurismo, is some similarity to the BMW Pininfarina Gran Lusso Coupe displayed at the 2013 Concorso d’Eleganza Villa d’Este classic car show in Italy.

China and the US would likely be the largest markets for such a brazen personal luxury statement, and there presently isn’t any BMW product between the sub-$300,000 6 Series range and $645,000-plus Rolls-Royce Wraith in a position to exploit that demand.

There could also be scope for an M8 Coupe, as well as a properly opulent convertible to challenge the Mercedes-Benz-S-Class Cabriolet. 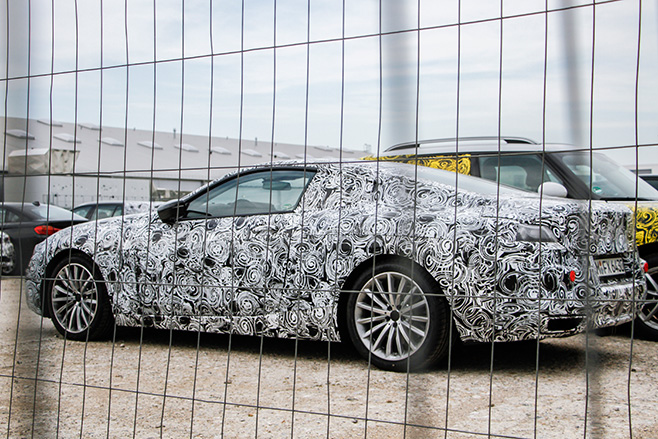 Speaking of the Three-Pointed Star, for approximate pricing, consider that Mercedes-Benz charges between $327,215 (S500) and a cool $502,216 (AMG S65) for its three-pronged C217-series S-Class Coupe assault in Australia.

If the spy pictures turn out to be the next-gen 6 Series Coupe, then we’re talking replacements for the current F12 640i Coupe (from a comparatively bargain $177,615), rising up to the $292,315 M6 Coupe. Being G30 5 Series-derived, these too would be spun off the CLAR architecture.

Only time will tell when this mysterious coupe’s number comes up.