2018 BMW i8 Roadster steps out in Sydney

The tech head’s supercar, the BMW i8, gains a mid-life boost with improved battery technology, greater range and a slinky new Roadster variant

IF YOU thought the ultimate computer-geek supercar was the DeLorean DMC-12, then you’re quite wrong. It’s the BMW i8, chiefly because it has a cutting-edge drive system that matches its striking appearance.

In an attempt to double the i8’s chances of staving off the dreaded "manopause" for yet another year, BMW’s hybrid supercar has just been enhanced by the addition of a new cloth-lidded roadster variant.

As with the updated 2018 coupe, the new BMW i8 roadster boasts a new lithium-ion battery. Its cell capacity is up from 20 to 34Ah and power from 96kW to 105kW, enabling 53-55km of pure electric motoring (depending on bodystyle) before the carry-over 1.5-litre turbo-petrol triple thrums into life. But it’s the roadster format that is the real news here. 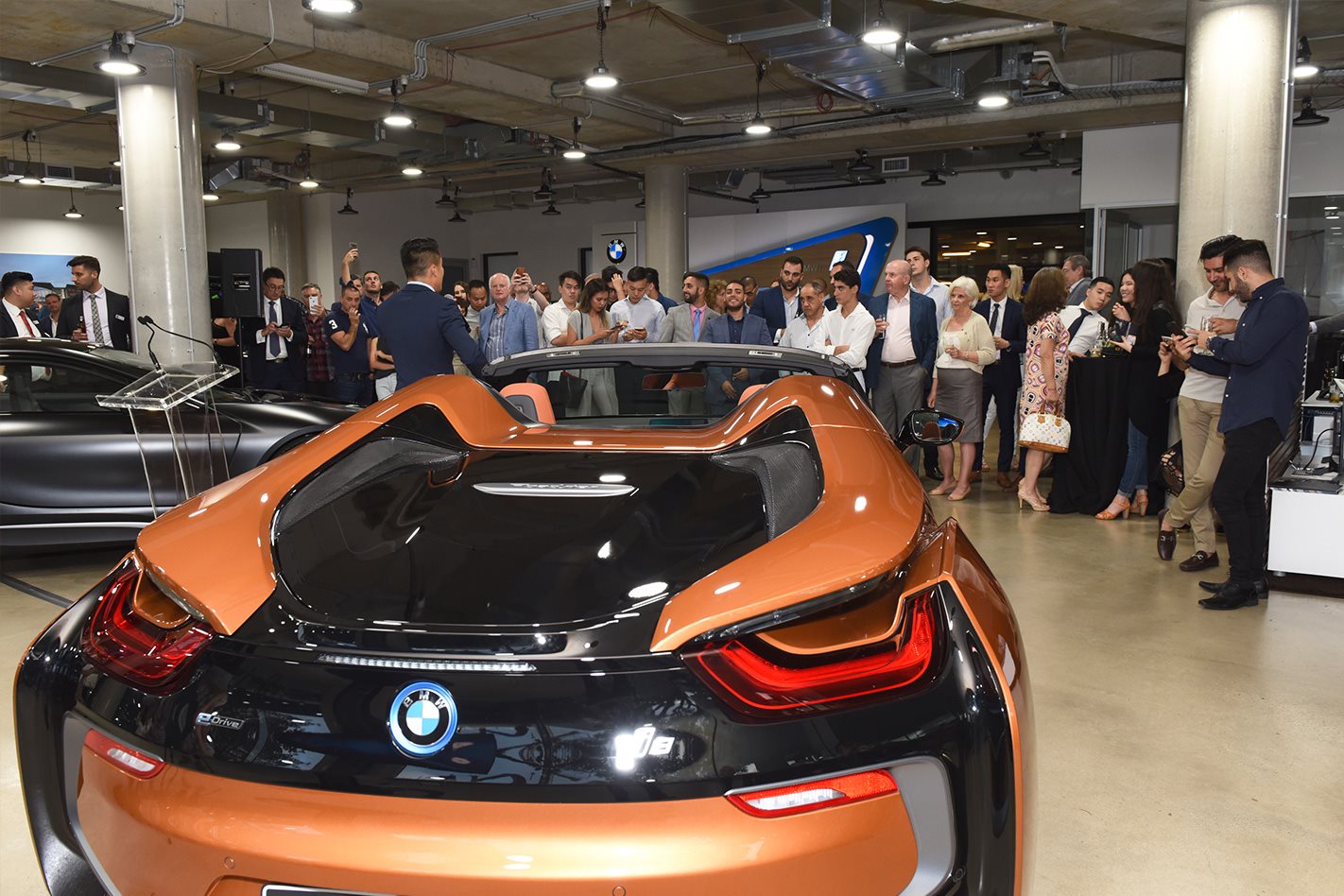 Thankfully, the roadster retains the coupe’s winged doors, opening outwards even more elegantly without window frames. And the roof is an arty piece of work too, stowing in a perpendicular position to unleash 92 litres of useful luggage/oddment space behind the Roadster’s two-seat layout.

With its strengthened windscreen frame constructed from carbonfibre reinforced plastic (CFRP), the roadster weighs just 60kg more than the coupe, despite additional body strengthening. BMW says the roof takes 15sec to open, at speeds of up to 50km/h, and you can also open the vertical rear window independently of the roof. The modest weight penalty does mean a slight drop in performance, though 4.6sec to 100km/h should please most IT professionals who enjoy feeling the breeze rustle around their ears. 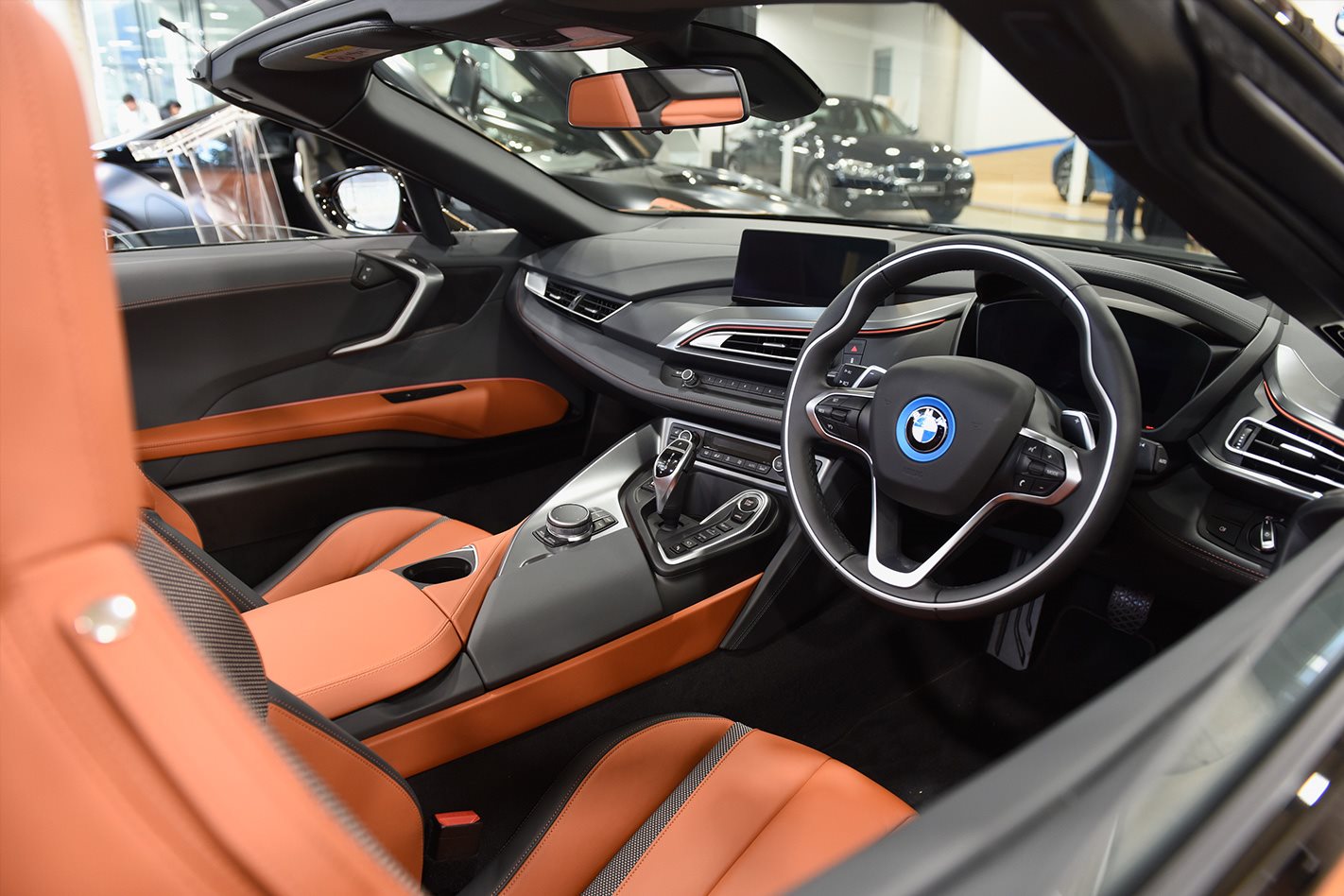 Visually, the 2018 BMW i8 is hardly what you’d call a facelift. More like a dab of Natural Glow. The roadster’s hero colour – E-Copper metallic – does exactly that, beaming like it’s 1976 all over again, especially when teamed with the same colour inside, gracing new seats and really lifting the i8’s sex appeal.

Available ceramic and carbon elements also feature, as does a trick new head-up display, while outside the main differentiator (besides the roadster bodystyle) is new 20-inch wheels, expected to be standard on the Aussie i8. 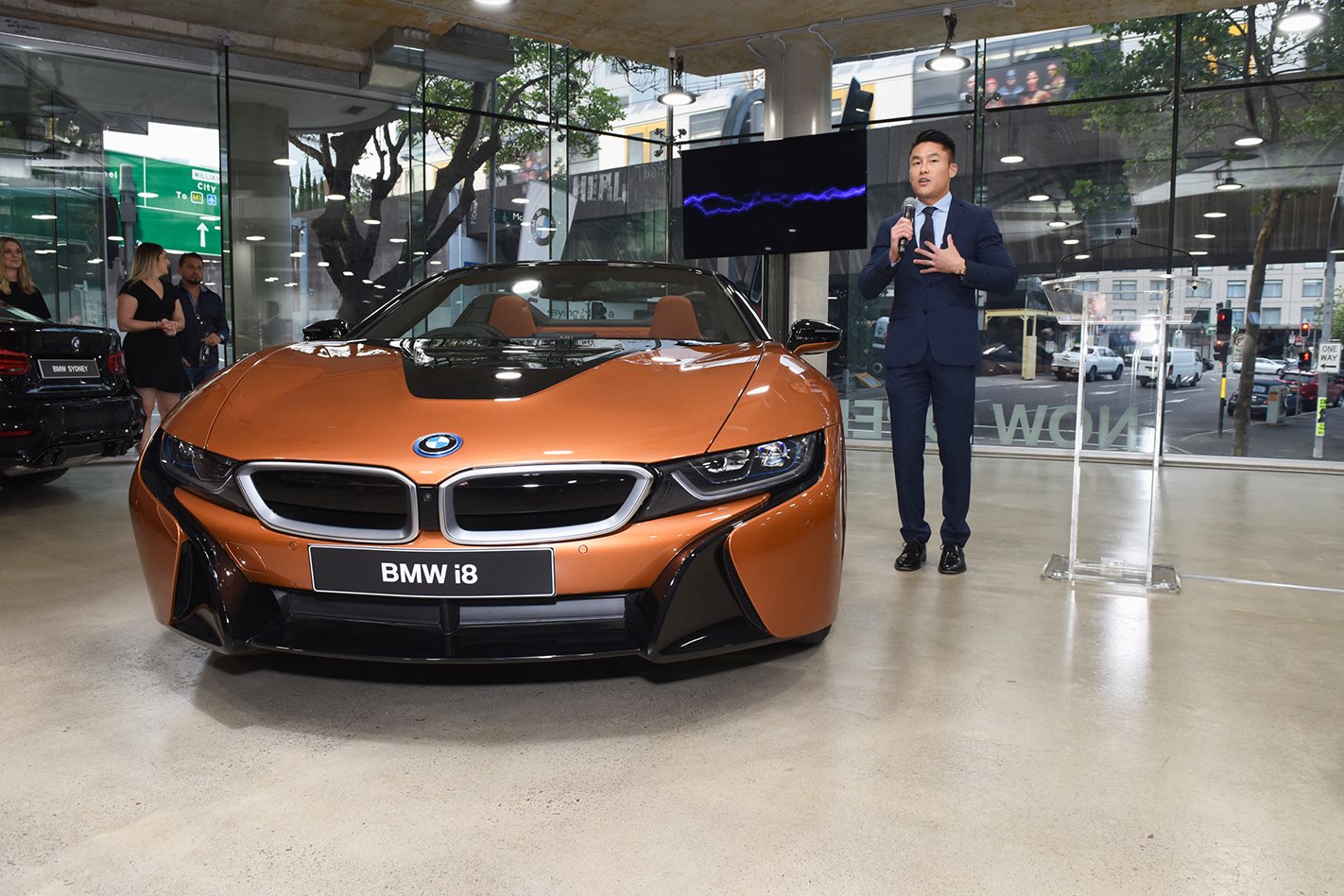 Indeed, the Aussies scored a bit of a coup with the i8 Roadster, unveiling it in a pop-up store in Sydney’s Rushcutters Bay less than 24 hours after its debut at the LA Motor Show. And it’ll be hot on the heels of its Northern Hemisphere on-sale date when it reaches BMW’s Australian showrooms in May or June, 2018.

Speaking to BMW’s product planning manager Howard Lam and special vehicles manager Alexander Brockhoff at the i8’s Sydney shindig, the Aussies expect the new Roadster to snare the lion’s share of i8 sales in this country.

As for pricing, that decision is some way off but you can expect the left-field i8 Roadster to cost in excess of $320K. That’s before adding E-Copper and other tempting embellishments to the mix, but how do you put a price on individuality? 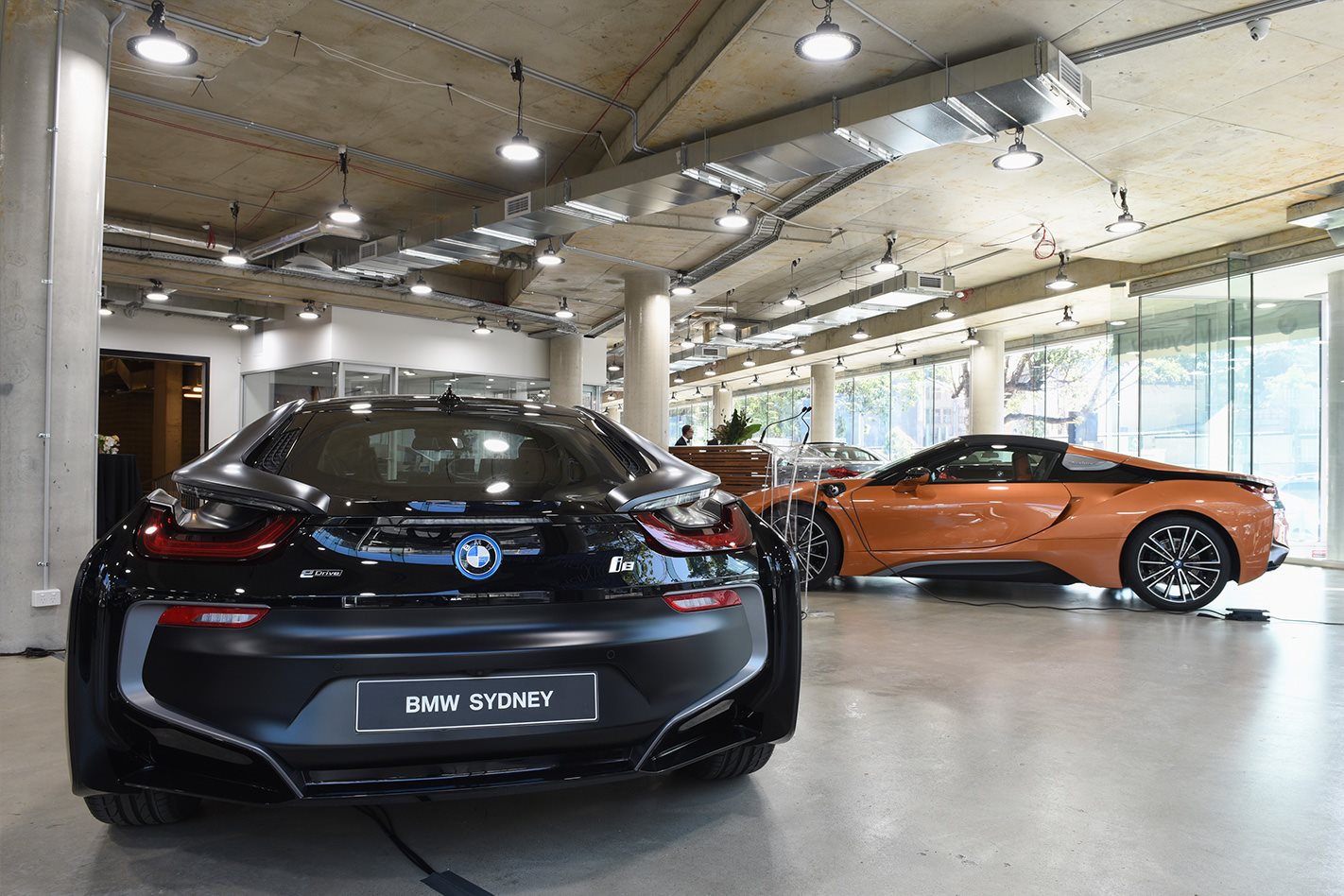 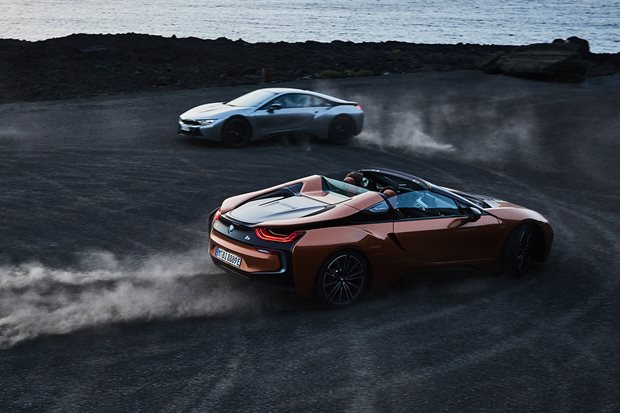 Scissor-doored, folding-roof version of the i8 to join a fresh-look Coupe in Australia next year 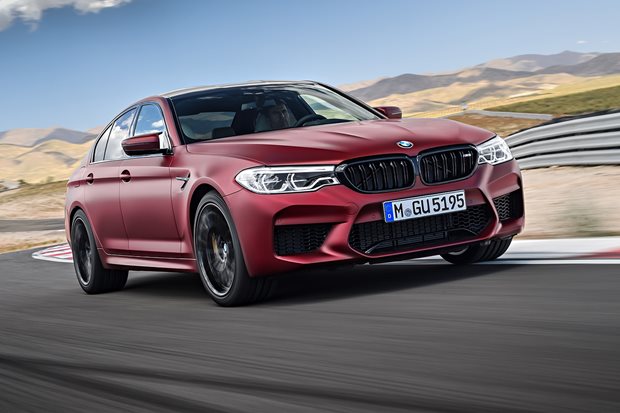 2018 BMW M5 to be available only as special editions 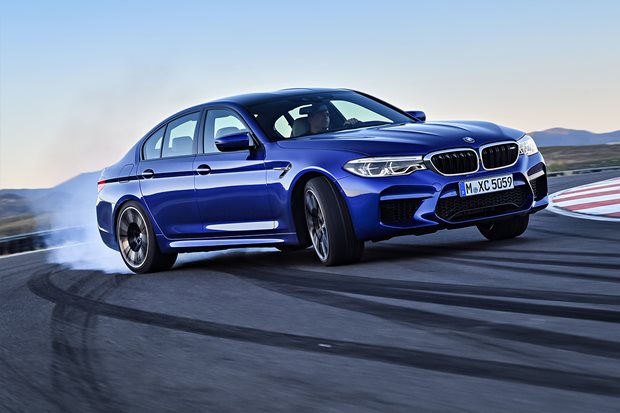