2018 BMW M5 to be available only as special editions

BMW Australia has secured five examples of an exclusive First Edition M5 that will spearhead the local arrival of the sixth-generation super sedan in the second quarter of 2018.

Priced from $229,900 the handful of First Edition cars, snared from a global allocation of just 400, bring a number of unique comfort and styling extras to set them apart from more run of the mill M5s.

For those customers not quite fast enough to write a cheque for a First Edition, the rest of the 2018 Australian allocation of 50 vehicles is being offered only in limited Launch Edition trim from $199,900. When all 55 cars are gone, BMW’s 2019 allocation is expected to bring garden variety, non-limited edition 2018 BMW M5s. 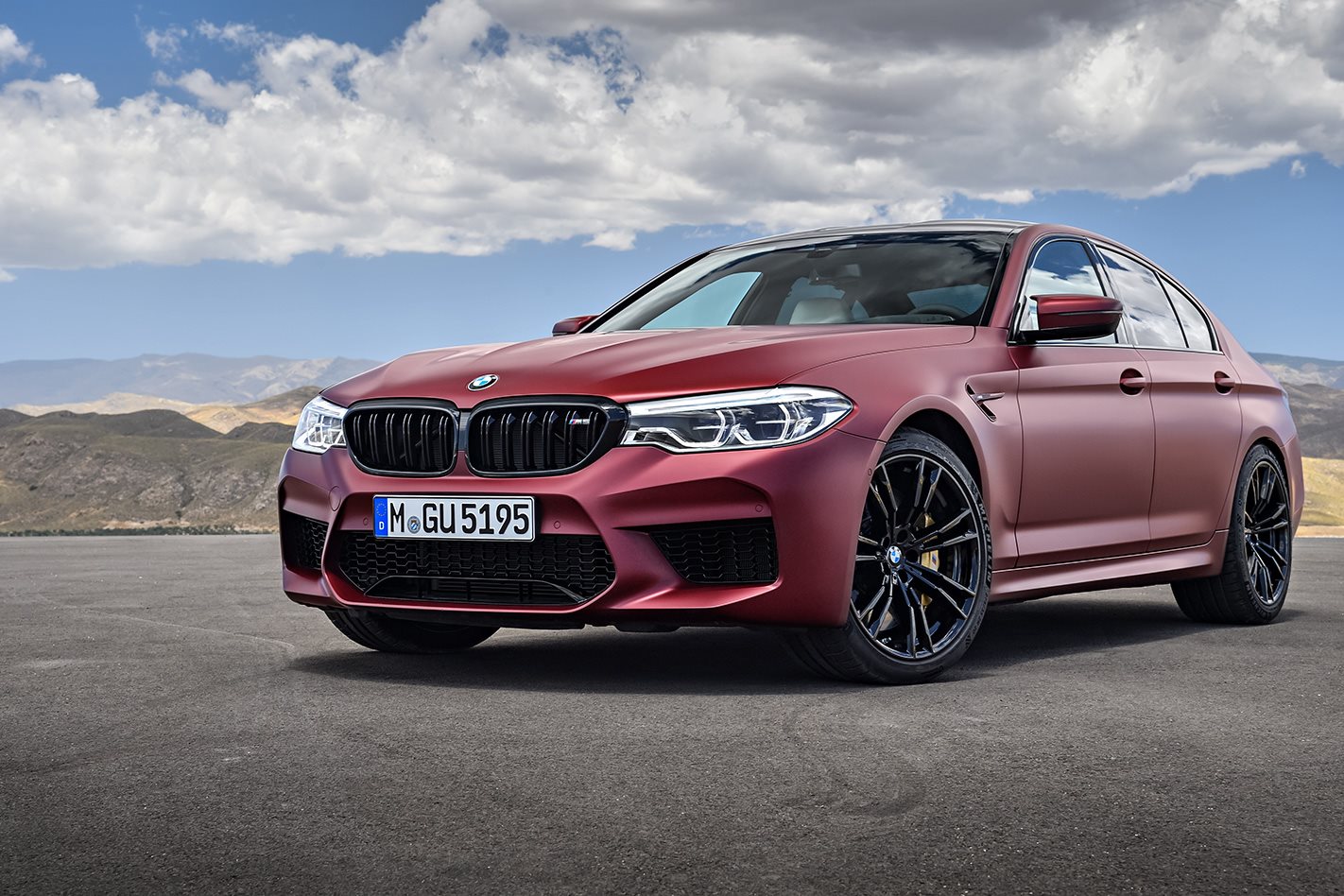 For now both versions use the same 4.4-litre twin-turbocharged V8, which has evolved from the previous-generation M5 to produce 441kW and 750Nm, coupled to a new eight-speed torque-converter automatic transmission and M xDrive four-wheel drive system for maximum traction.

With twice as many wheels fighting to get power to the ground compared with the previous M5, zero to 100km/h acceleration times have plummeted by more than a second to a blistering 3.4s. 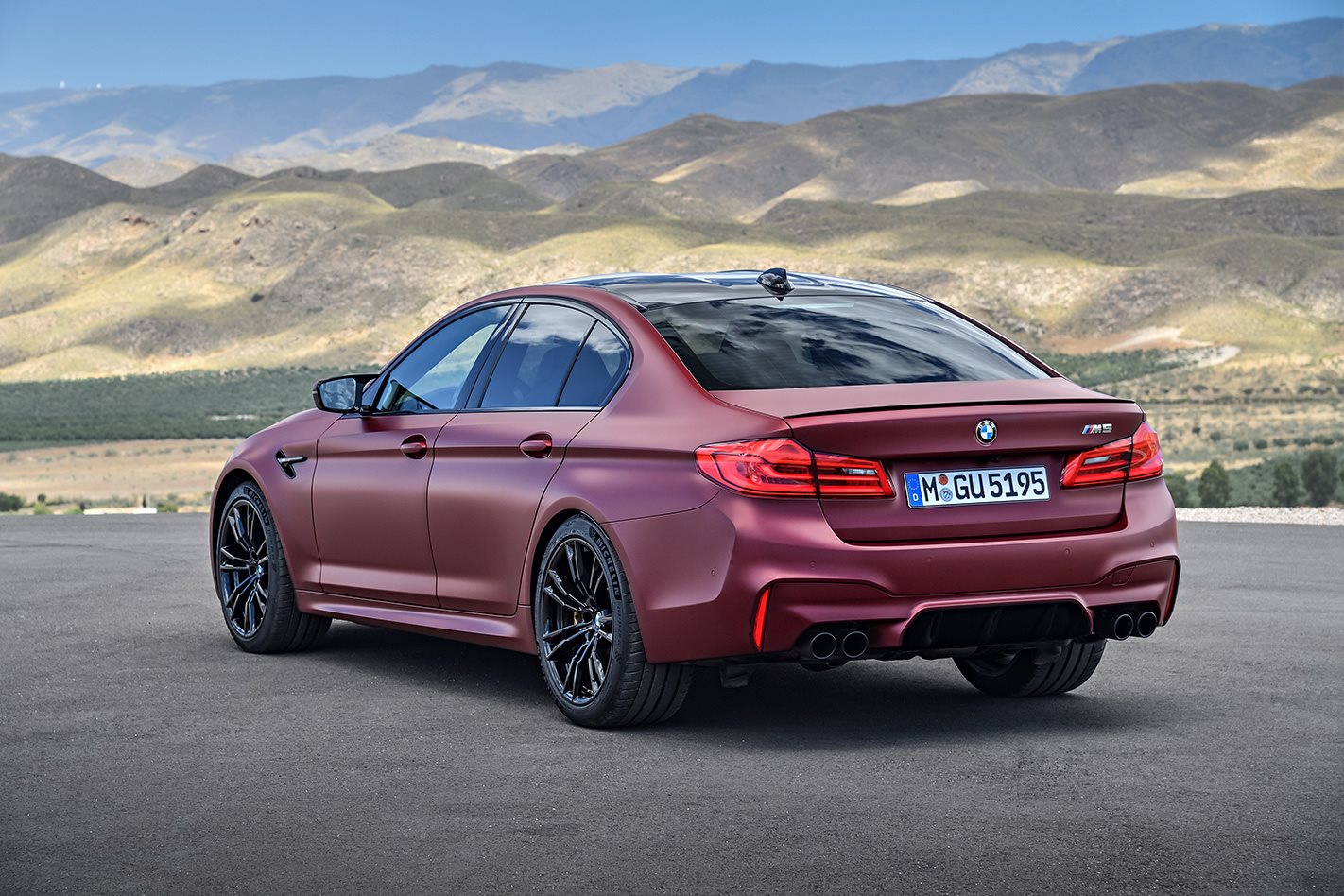 Hawk-eyed M5 fans will be able to identify the ultra-exclusive First Edition cars with their unique Frozen Dark Red metallic paint matched to black 20-inch wheels. Meanwhile their kidney grille, side gills, quad exhaust and rear spoiler are all finished in gloss black.

On the inside the First Edition gets a Smoke White Merino leather interior with red stitching and piano black trims, in addition to the other M5 standard specification found in the Launch Edition cars. The front seats also gain ventilated seats. 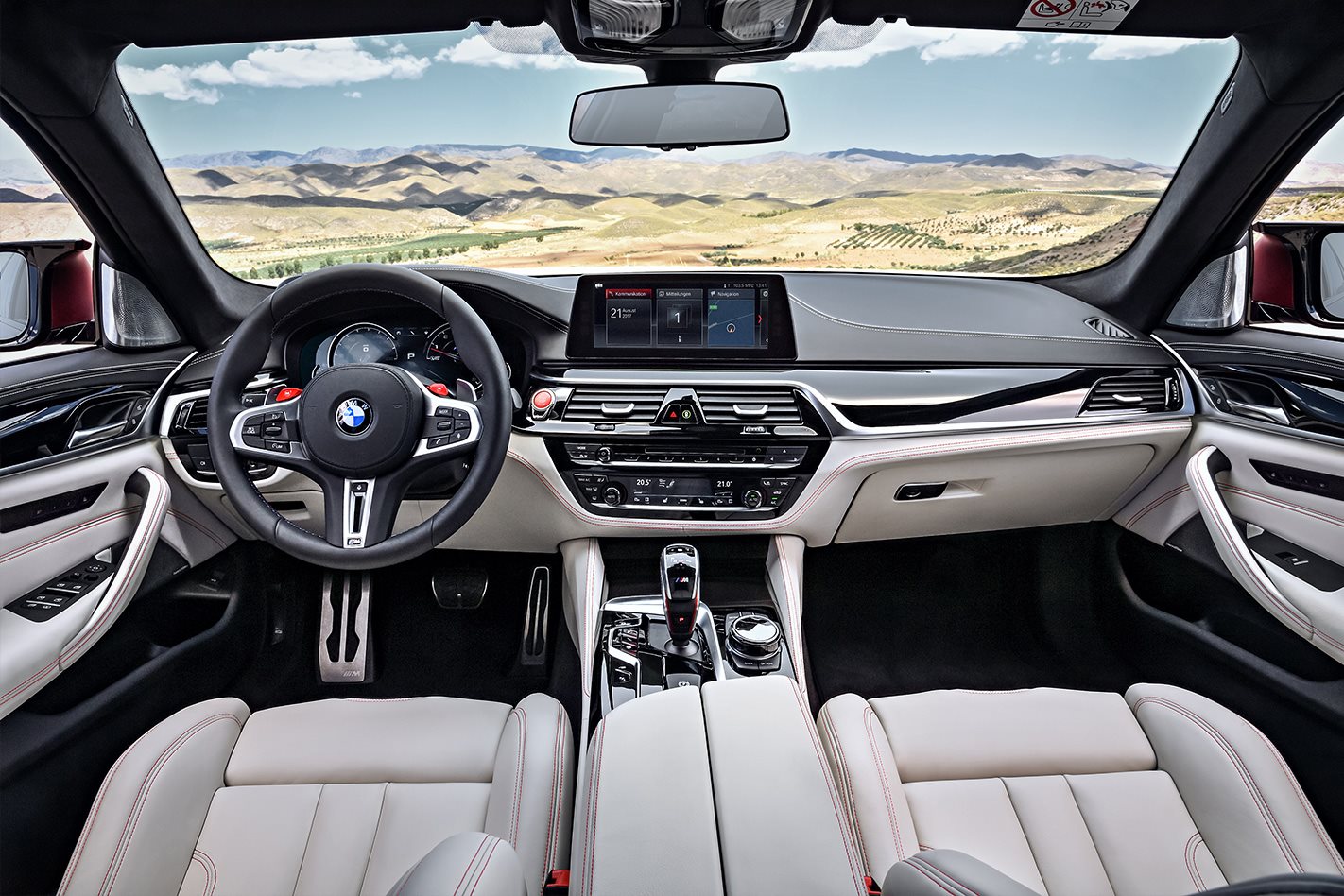 Owners will be reminded that they snatched one of just 400 vehicles worldwide each time they board with a centre console plaque which displays the variant name and individual build number. 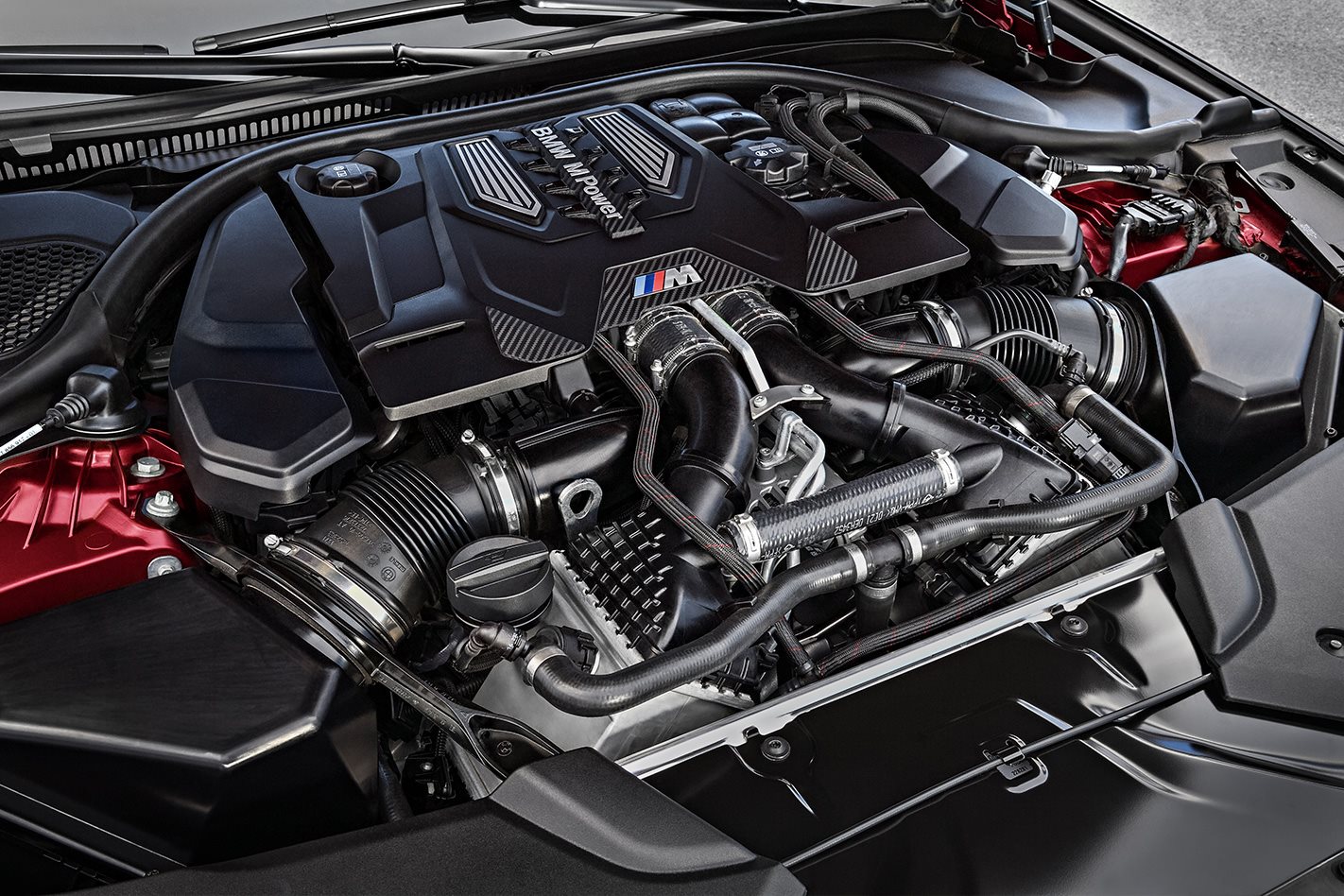 Beyond that, the First Edition shares all of the features of the M5 Launch Edition including its carbonfibre roof and switchable all-wheel drive system which can allocate all torque to just the rear wheels for tyre-destroying power oversteer.

In other modes, the transmission biases power to the rear end but shares torque with the front axle for a balance of driving enjoyment and safety when on the public road, says BMW. 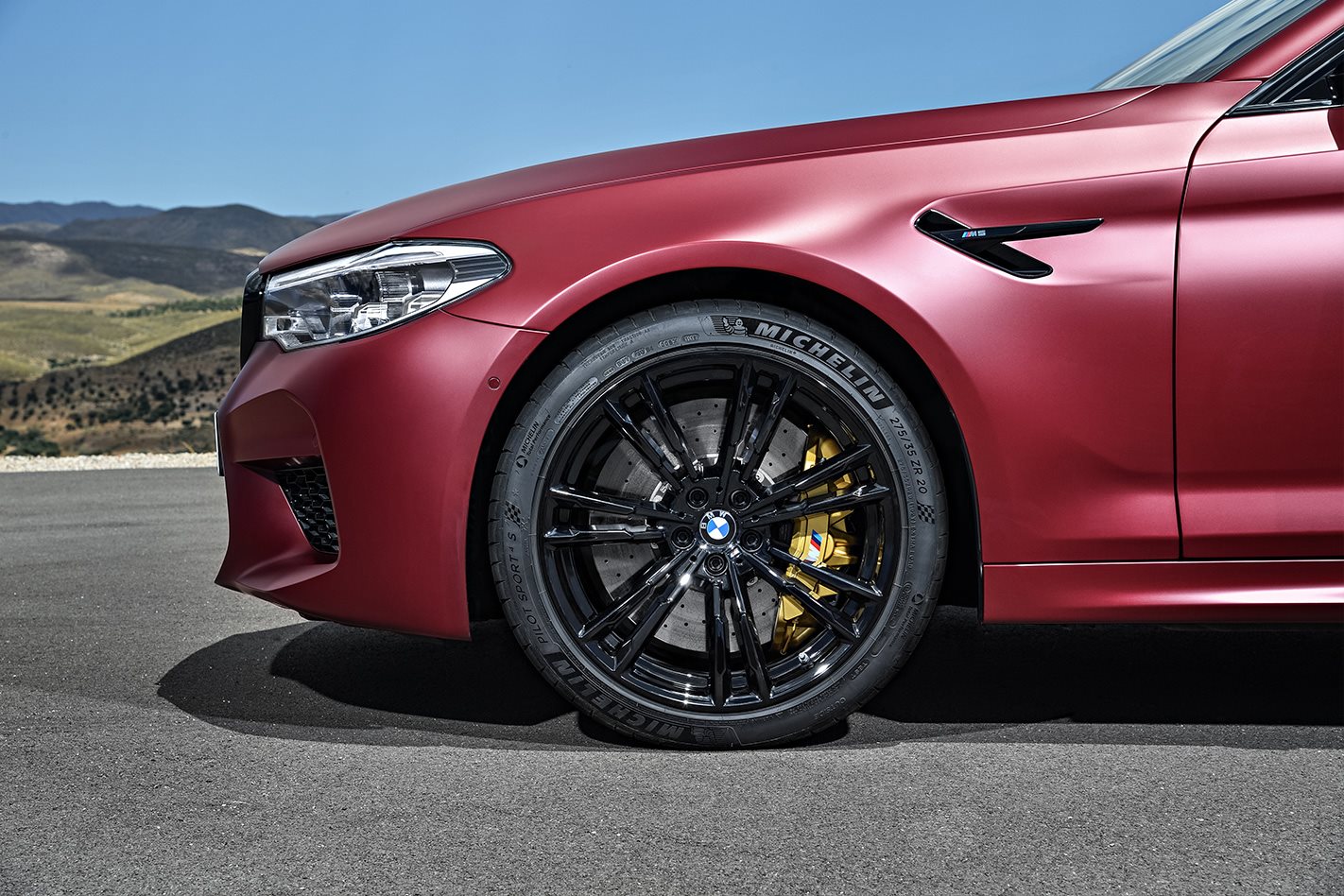 As well as the M5’s performance credentials, the new version is also packed with range-topping comfort and entertainment equipment – if a top speed of 305km/h isn’t entertaining enough – as well as a level of safety and driver assistance BMW describes as ‘semi-autonomous’.

Compared with the M5’s arch nemesis, the Mercedes-AMG E63 S, the BMW is only just behind its compatriot’s 450kW power output, but a whole 100Nm shy of its massive 850Nm grunt. Official acceleration claims for the AMG say it’ll sprint to 100km/h in 3.4 seconds, but Wheels testing revealed they’re sandbagging – we managed a scorching 3.3 second run on a cold dragstrip in the E63.