The Mustang improves on its poor two-star crash test result, but only just.

AFTER previously scoring a two-star crash safety rating that was labelled as “shocking” by crash test authority ANCAP,  the Ford Mustang has improved its game by adding more driver safety aids and new airbags.

Re-tested by Euro NCAP, the facelifted 2018 Ford Mustang dramatically improved its performance in the driver assistance technology and pedestrian protection categories – however the result is a mere one-star improvement.

The revised rating is largely thanks to the addition of new electronic aids like autonomous emergency braking, lane-keep assist, forward collision warning and pedestrian detection. 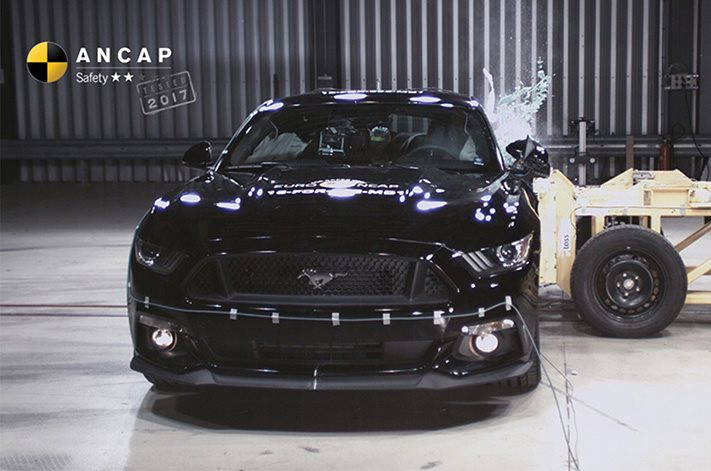 Those changes alone see the Mustang’s score in the driver assist category jump from a dismal 16 percent to a much healthier 61 percent. The pedestrian safety score improves too, rising from the 2017 model’s 64 percent score to 78 percent.

However, despite the fitment of revised airbag hardware designed to eliminate issues with airbag deployment in a previous test, which saw the driver’s head able to contact the steering wheel, occupant protection scores remain at 72 percent for adults and 32 percent for children.

Euro NCAP cites the absence of any significant structural changes to the Mustang’s bodyshell as the reason for the carry-over occupant protection scores.

Despite negative press surrounding its crash test performance, the Mustang continues to be a big seller for Ford Australia. More than 5000 Mustangs have found owners since the start of this year alone, with 11,256 sold in total since it made its local debut at the start of 2016. 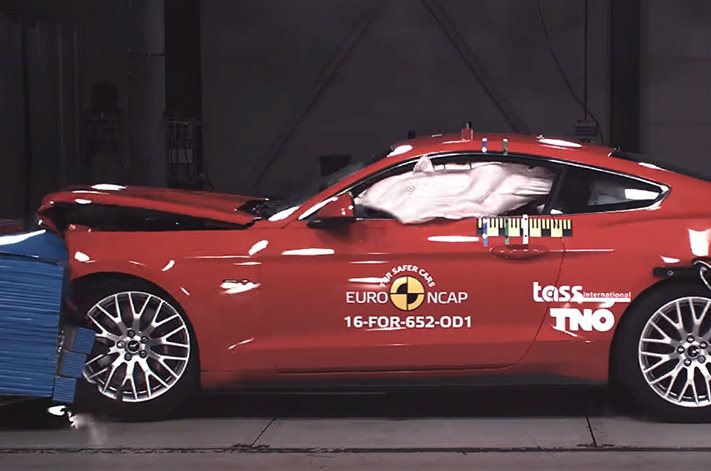 Were it not for the Ranger, the Mustang would be the most popular Ford in Australia.

Improvements in supply have Mustangs entering the country at a faster rate than ever, slashing waiting list times from 12 months to around 90 days, however if the ‘Stang’s poor showing in crash testing has put you off buying one you may have a long wait for the updated model’s extra safety gear.

The facelifted Mustang, which will also pack powertrain improvements, new body plastics and a 10-speed automatic alongside the fleshed-out active safety suite, isn’t set to arrive in Australia until mid-2018 at the earliest.