Jeep Australia last night pulled the wraps off what will stand as the third most powerful vehicle sold here, and the most powerful SUV globally. It will burst from 0-100km/h in 3.7 seconds, and wind out all the way to a top speed of 289km/h.

Oh, and did we mention it would cost just $134,900? That’s at the very low end of media speculation over pricing. 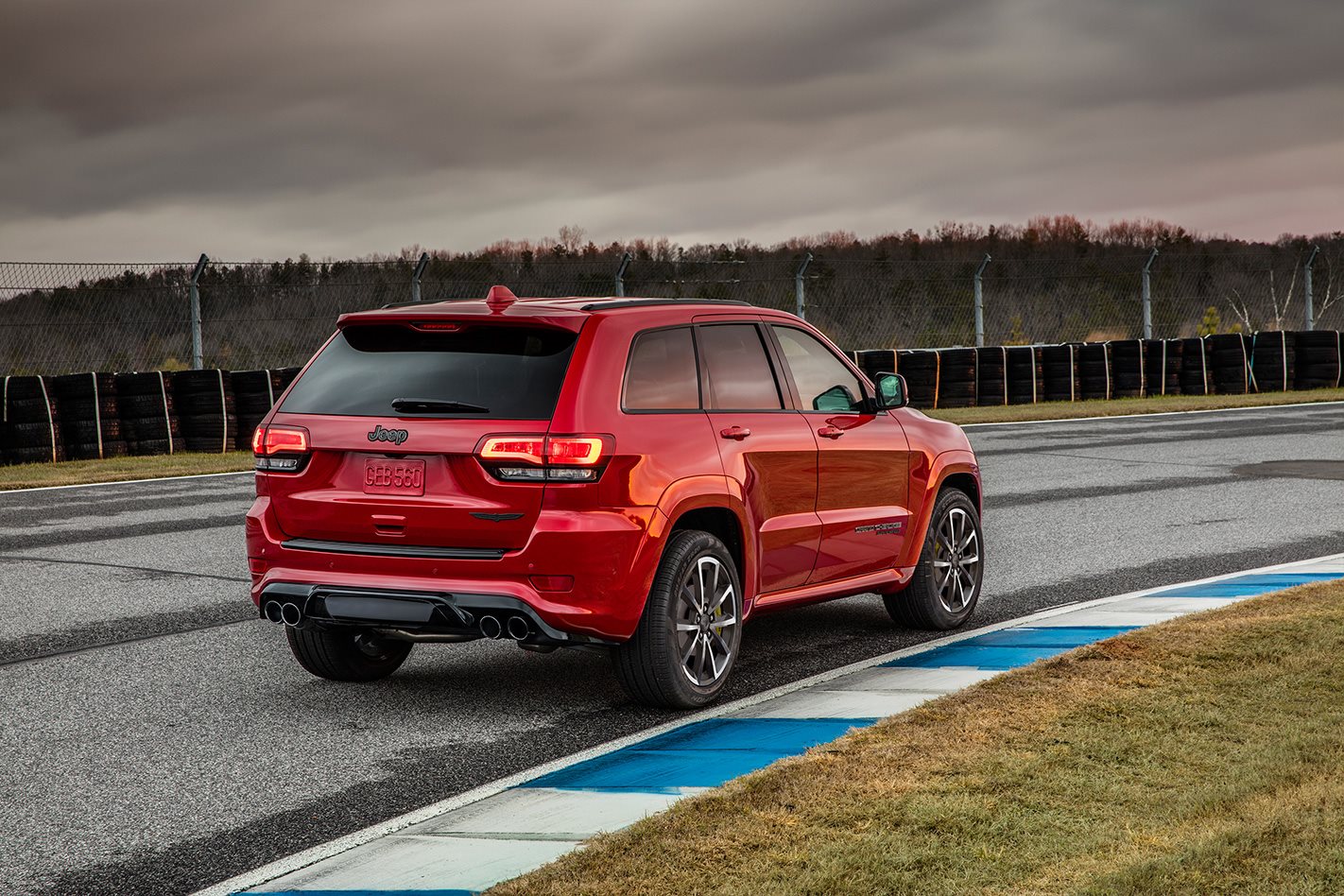 “This is seriously good value for a country with an insatiable appetite for performance,” Jeep Australia chief executive Steve Zanlunghi said. “In terms of value for money in the performance segment, it will be difficult to find anything else that comes close.”

He’s right. Shop around for a sub-4.0 second SUV, and you’re nudging up against a shiny new Lamborghini Urus with its 478kW/850Nm 4.0-litre twin-turbo V8 that can pip the Jeep to 100km/h by 0.1secs. Everything else in the sub-4.0 club – the Mercedes-AMG GLC 63 S and the Alfa Romeo Stelvio QV – strolls to the line by comparison. 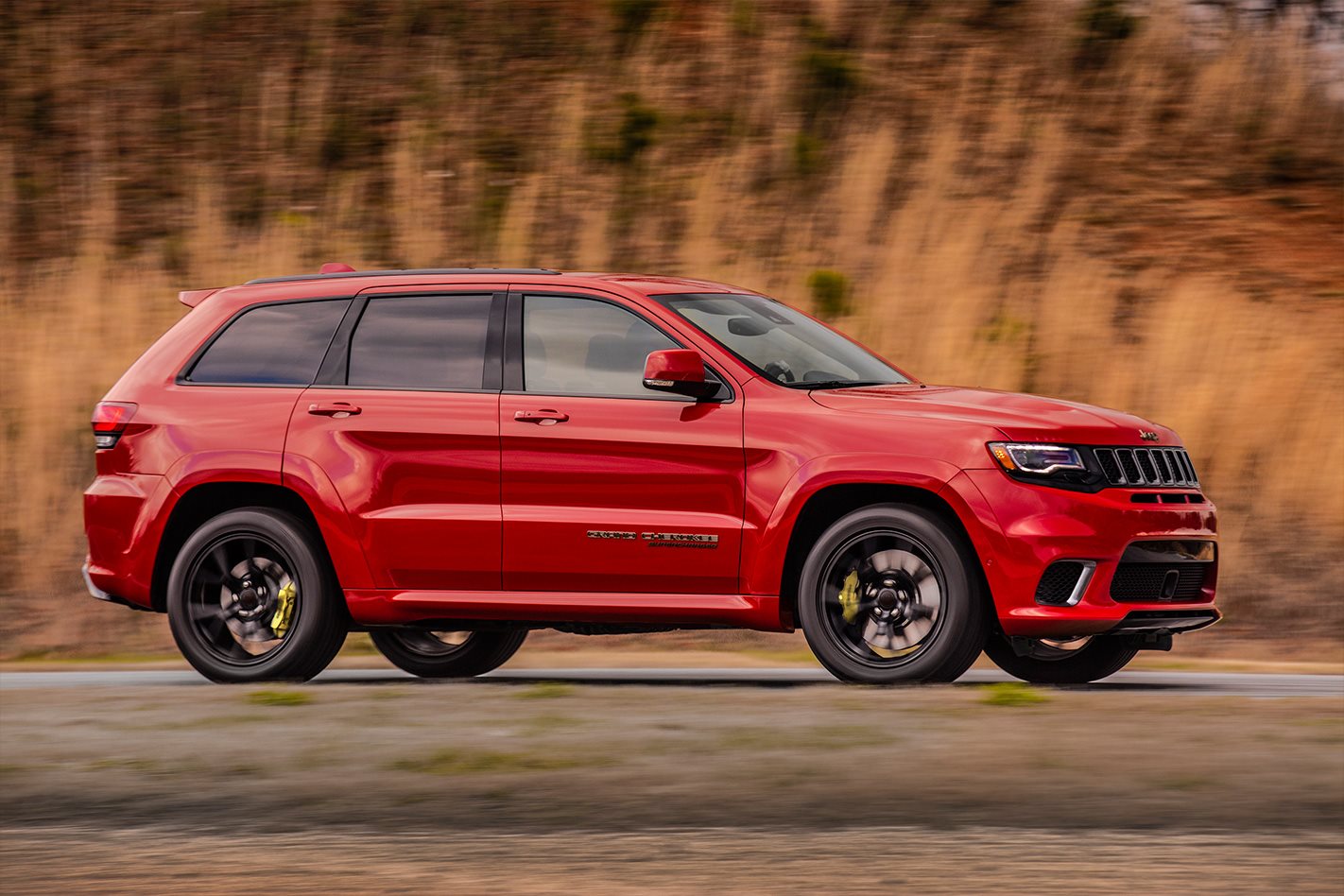 The Trackhawk will drop initially as a limited-edition run of 62 cars – a number alluding to the weapon concealed beneath its vented bonnet – with that allocation already sold out.

Jeep brand boss Guillaume Drelon told Wheels that the company expected Australia to become the largest market for the Trackhawk outside the US. Asked how many cars that would represent, though, and Drelon wouldn’t commit to a number.

The most powerful production Hemi ever produced sits in front of an eight-speed gearbox sending drive to all four wheels. Look inside the cabin, and instead of what would be the settings for offroad functions in other more all-terrain capable Grand Cherokees, there’s an ominous “track” setting next to a button featuring a drag strip Christmas tree and the word “Launch”. 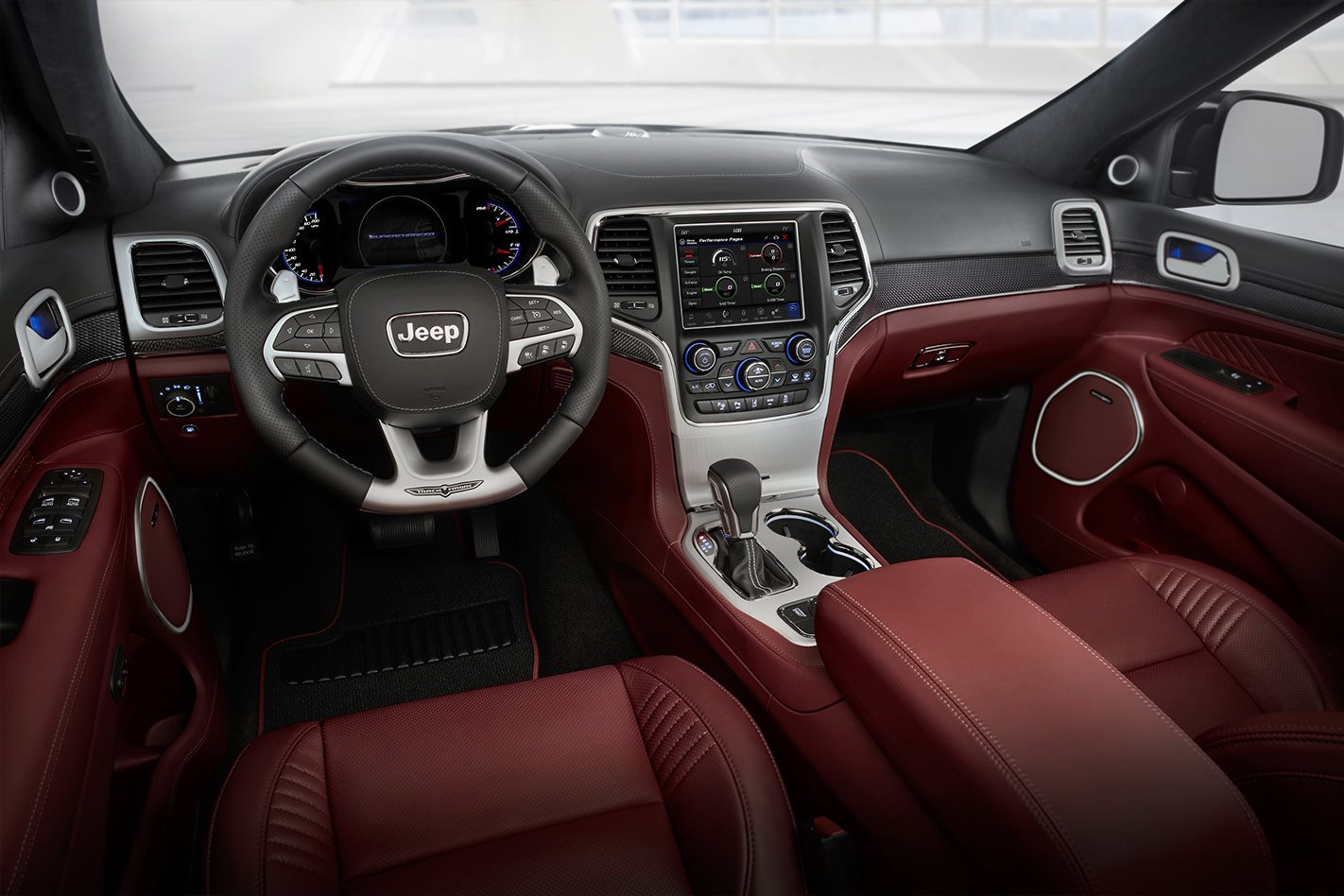 You’ll notice the Trackhawk in the rear-view mirror, with twin bonnet-mounted, blacked out snouts, larger air dams that are optimised for gulping in cooling air, and aggressively flared wheel arches that give it more of a stance. There’s a Trackhawk badge on the tailgate, too.

Yeah, fuel economy. The Jeep Grand Cherokee will officially use 16.8 litres of fuel on the combined cycle for every 100 kilometres it travels. The same amount of fuel will get a Toyota Prius just shy of 500km. 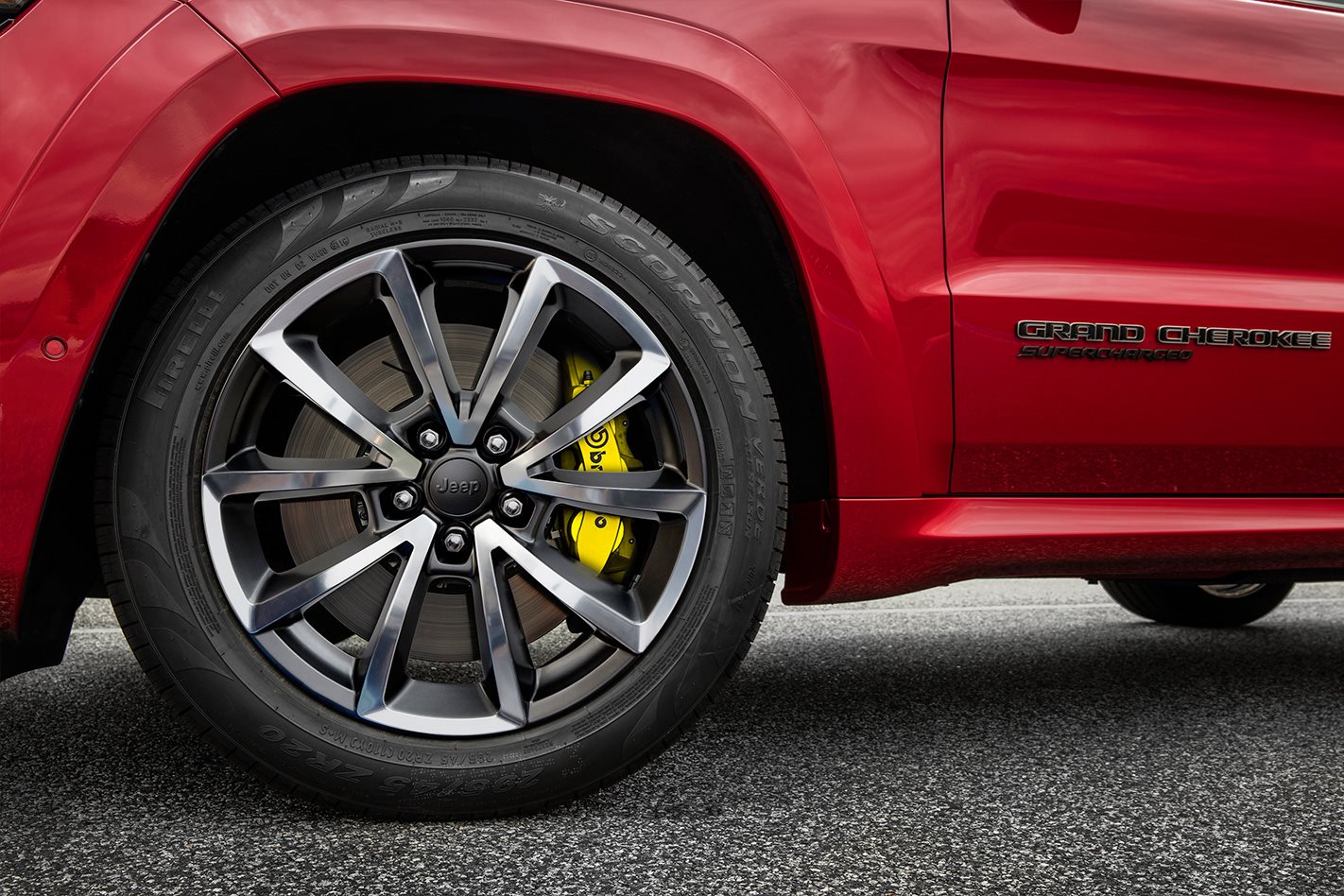 It’s no slouch inside, with carbonfibre highlights, the SRT instrument cluster, and comfy Nappa-lined seats that are heated in the front and back, and cooled in the front.

It also supports Apple CarPlay and Android Auto. Although we suspect owners would be listening to a very different tune than what the audio system provides. 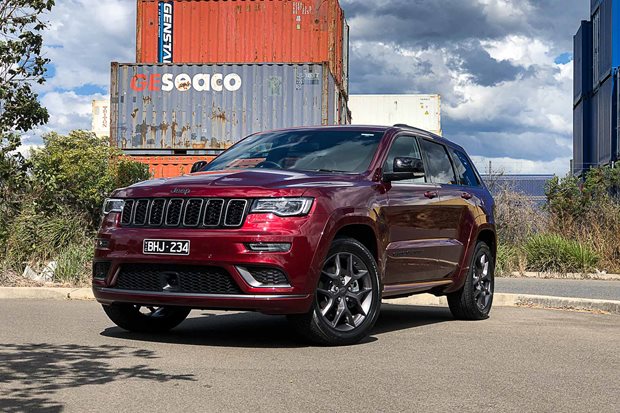