AN ALL-NEW Mercedes-Benz A-Class is almost upon us, with the German manufacturer poised to take the covers off the fourth-gen model late this week.

Ahead of the official unveiling, Mercedes-Benz took to Twitter with a darkened teaser image of the hatchback, revealing headlights that bear a striking resemblance to those on the new CLS.

Much of the 2018 A-Class’s interior was revealed at the Consumer Electronics Show in Las Vegas earlier this year. The centrepiece is a widescreen display made up of two 10.3-inch screens that stretch across to the top of the centre console from in front of the driver. It debuts the Mercedes-Benz User Experience (MBUX) infotainment system, which the brand claims is even more advanced than the systems found in pricier E-Class and S-Class models. 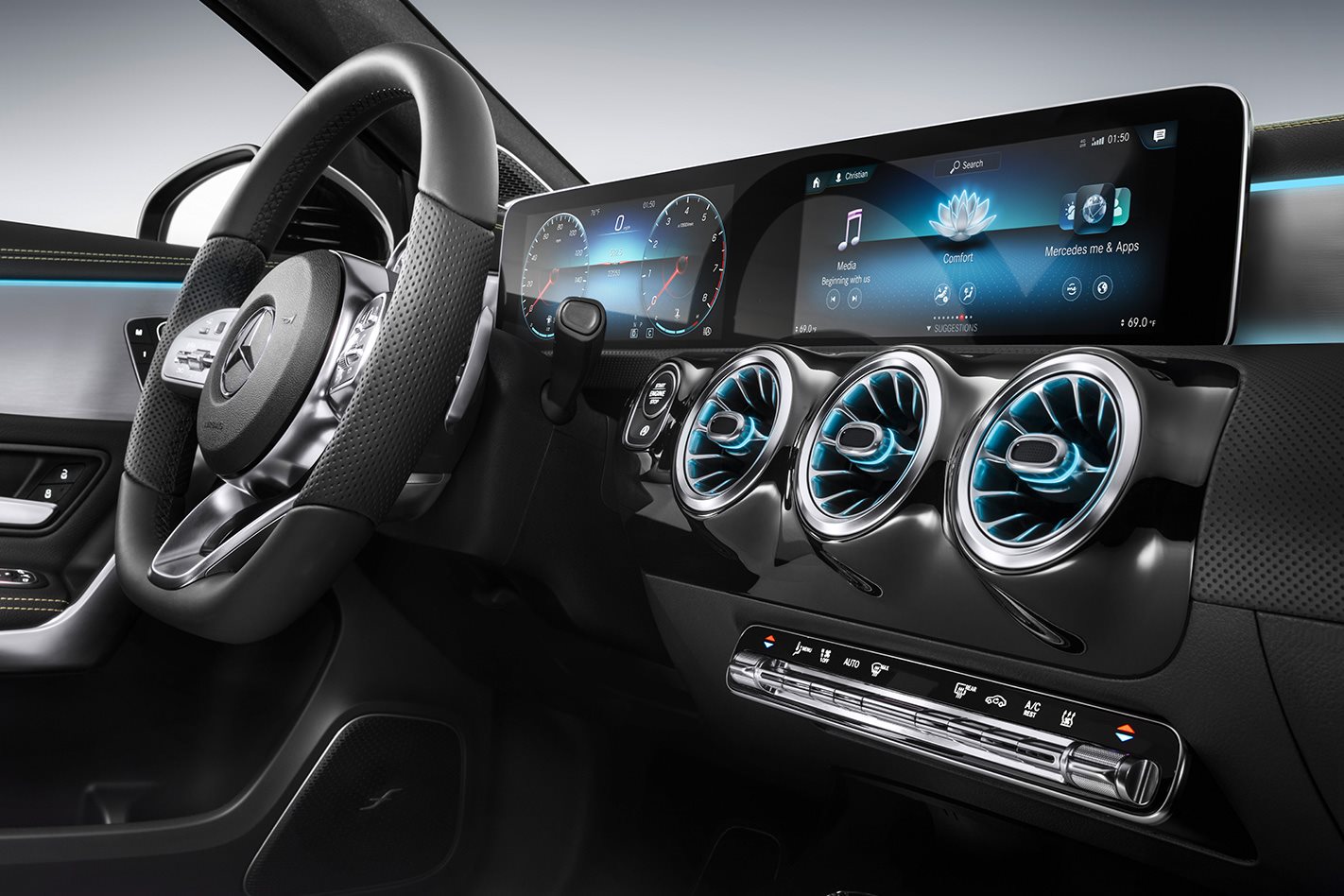 A Mercedes-Benz spokesman told Wheels the company is planning to “punch above its segment with the A-Class” in terms of its cabin experience. Its main rivals are the Audi A3 and BMW 1 Series, though there is increasing pressure from other marques such as MINI and even Volkswagen.

The A-Class’s MBUX system puts focus on advanced connectivity. Wheels senior journalist Daniel Gardner was able to try it at CES and wrote, “with a new level of natural language control, we were able to speak to the operating system without needing to use specific keywords. When the BMUX was told ‘I am cold’ it increased the cabin temperature a couple of degrees.” 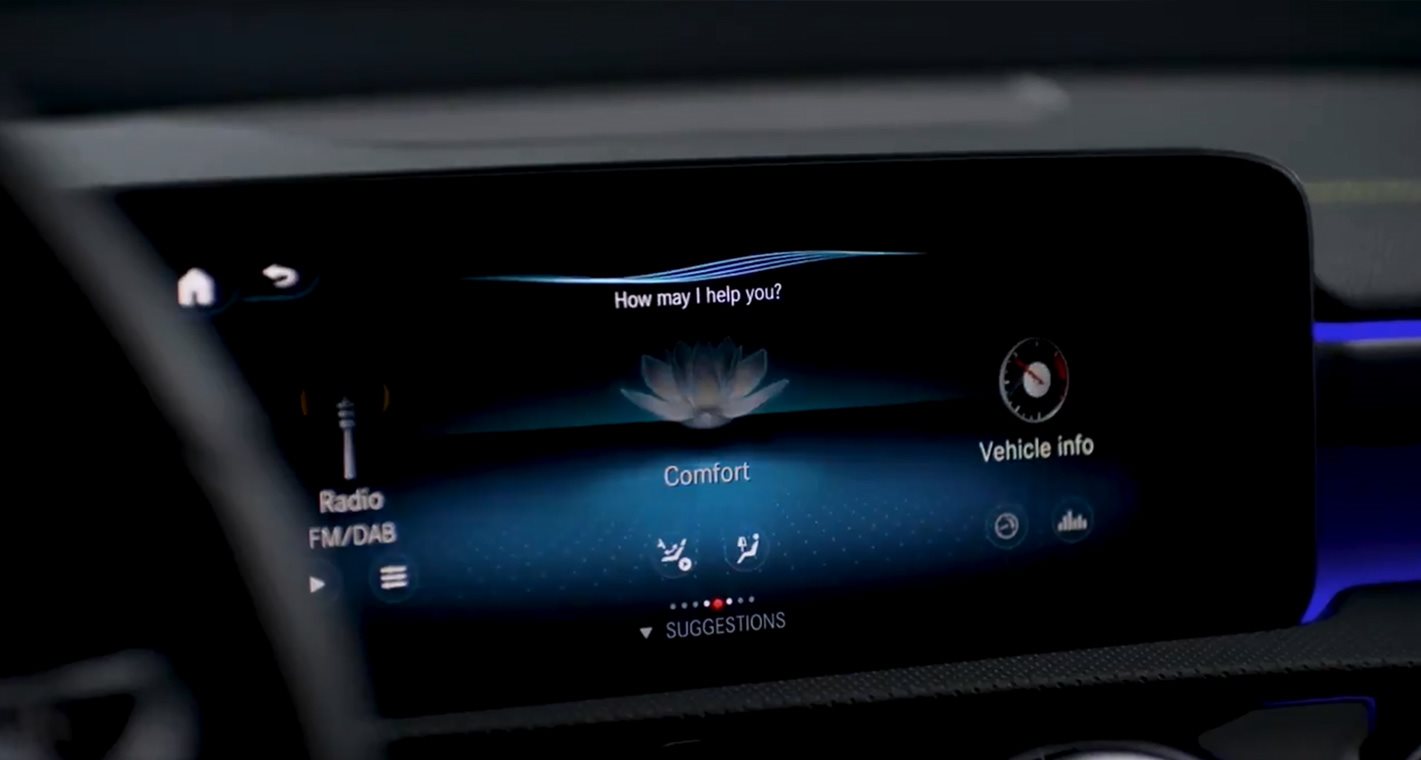 Underpinning the car will be a new chassis development, which is designed to accommodate mild-hybrid systems that are likely to appear in the A35 and A45 AMG models – due in 2019.

Exterior dimensions will grow, compared to the current model, with passengers seeing most of the benefits through a more expansive cabin.

The available transmissions are unlikely to change from the seven-speed dual-clutch gearbox of the current A-Class, in both all-wheel drive and front-wheel drive configurations. 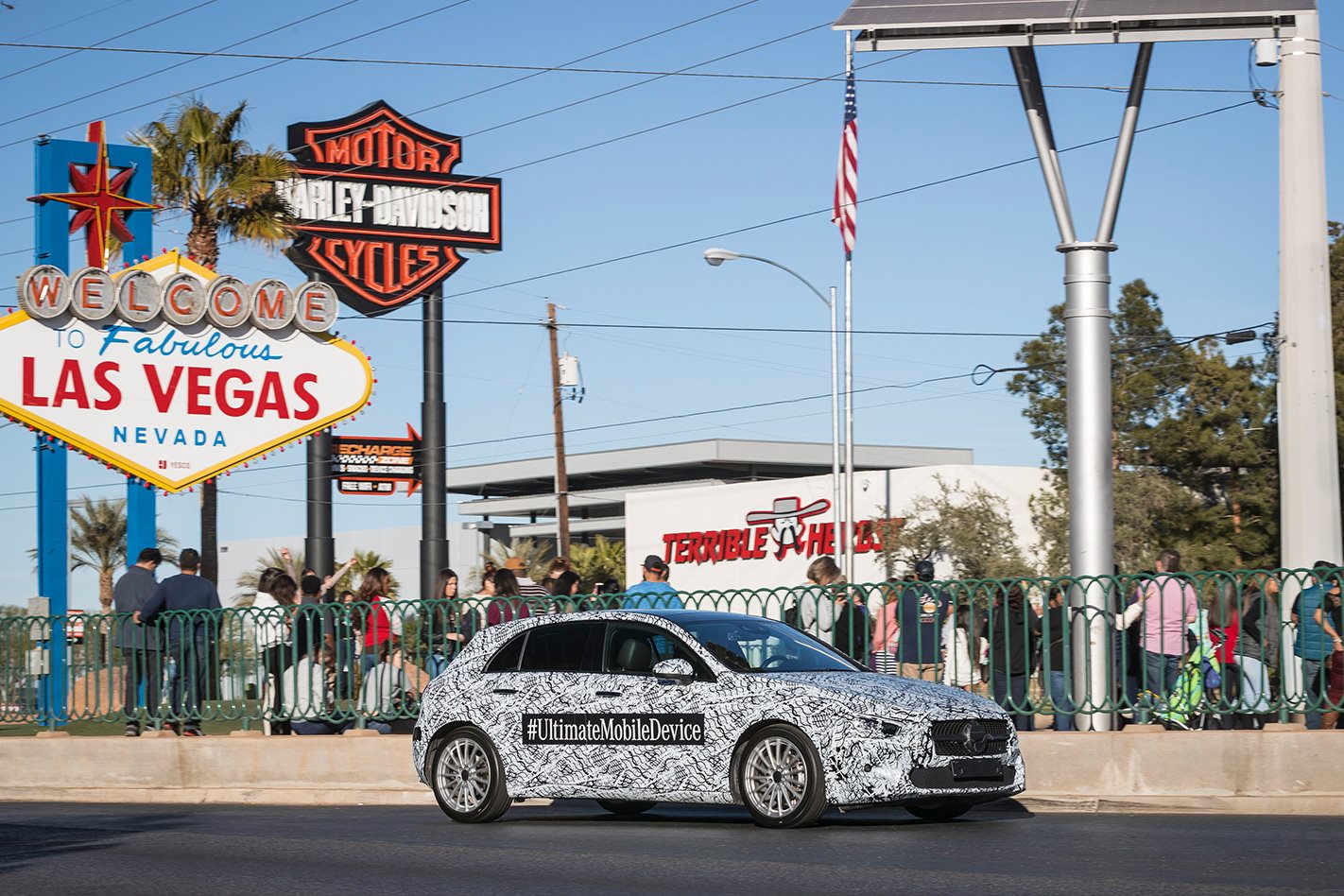 Engines choices will include 1.6-litre and 2.0-litre four-cylinder diesels and petrols, in a range of different performance tunes.

It is expected the A200 will be the only A-Class variant available at launch, with the other models arriving later in the year, and AMG-badged hot hatches in 2019. 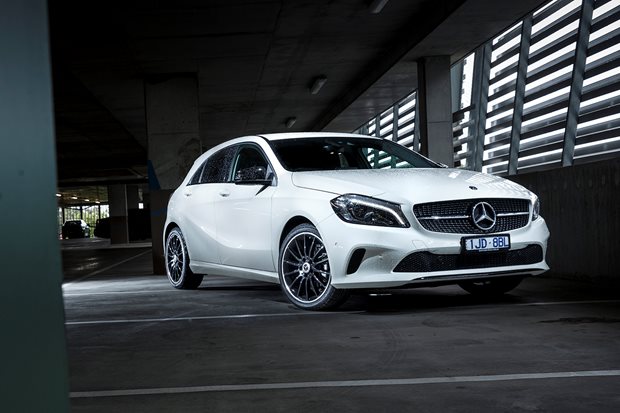