MERCEDES-Benz has allowed Wheels to play with its all-new MBUX 10-inch touchscreen, revealing some of the features that will debut in the A-Class small hatchback.

Like some of its larger siblings, the littlest Merc now gains the fully digital display that conjoins a 10-inch instrument cluster to a second 10-inch infotainment screen behind a single sheet of glass. But the MBUX system brings a number of new functions that in the past would have first appeared in Mercedes-Benz’s flagship S-Class saloon.

Speaking at the global reveal at the Consumer Electronics Show in Las Vegas, Daimler AG member of the board of management for group research and Mercedes-Benz cars development, Ola Kallenius, told Wheels the system was not aligned with the introduction of one of its more expensive models as part of Benz’s strategy to capture the attention of younger customers. 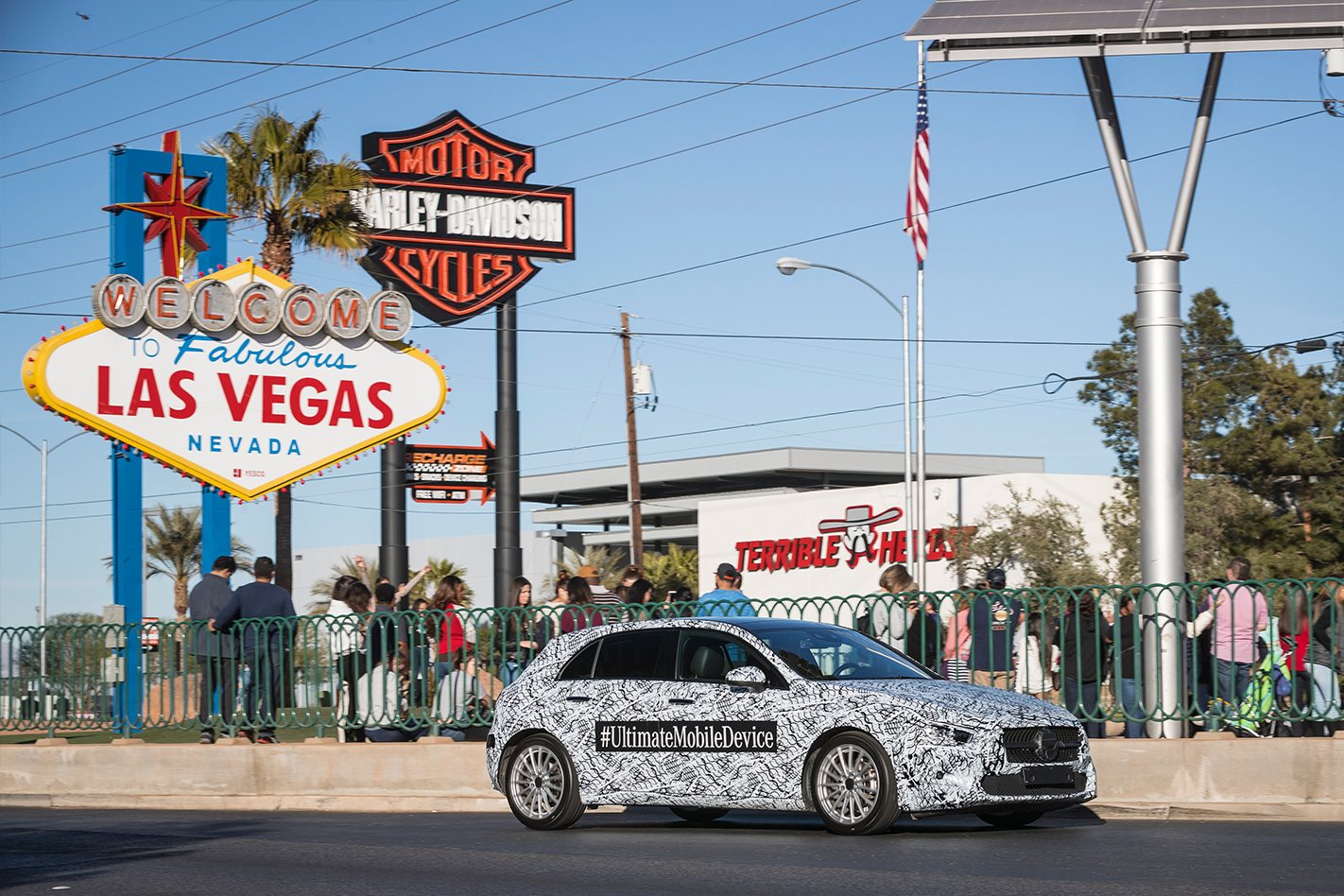 “The new-generation A-Class is the one that we have the youngest customer group so we thought, especially for a user experience like this, which almost has gaming-like features in terms of performance and graphics, that would be a good place to showcase the technology,” he said.

As well as the latest operating system, Kallenius said the next A-Class would appeal to a more youthful audience by being “fun to drive, (with) sporty looks but also functional”.

Details beyond the A-Class’s MBUX tech will have to wait until the model’s global debut next month in Amsterdam, but we were given a chance to test the new system during a brief ride around an uncharacteristically drenched Las Vegas in a heavily disguised A-Class, revealing the slick new system. 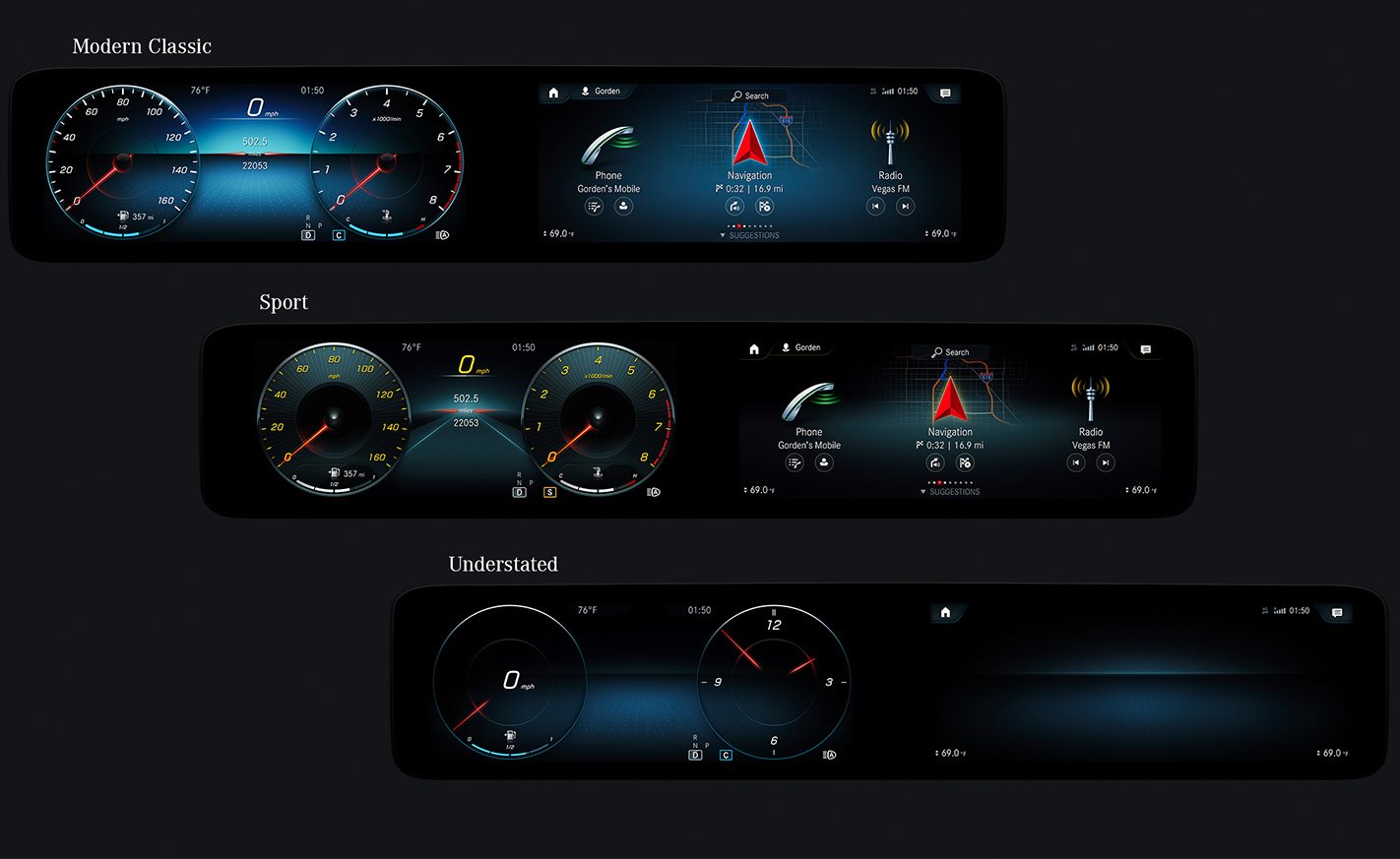 Drivers can select a number of digital instrument options including a unique ‘silent mode’ that strips the gauges down to just a few lines for a clean, minimalist look. There’s also a Standard mode and a Sport setting that highlights vehicle and engine speed in red.

While other Mercedes’ Comand systems also have the conjoined screens, the MBUX is the first to introduce touch sensitivity to the central monitor, although an evolution of voice control is its real interactive party piece.

With a new level of natural language control, we were able to speak to the operating system without needing to use specific keywords. When the BMUX was told “I am cold” it increased the cabin temperature a couple of degrees.

When asked “Will it rain tomorrow?”, a soothing voice told us that it was unlikely to rain. When the driver said “I want to talk to Miguel”, the system found the contact in an address book and dialled the phone.

The system is very effective and the most natural we have yet encountered, and we particularly like a search function that browses all information and entertainment systems. When a word is entered, MBUX looks for places in the sat-nav system, contacts in the phone book and music stored on the system’s harddrive that matches the search, reducing the complexity of operation.

Another notable feature is global mapping service What3Words. Benz is one of the first automotive partners of the service, which has divided Earth into three-metre-square chunks and applied a simple three-word address to each.

Instead of entering complex addresses to the navigation, which can be lengthy, distracting and inaccurate, even places without a conventional address can be entered with the three-word location.

Entering “lunches, founder, nimbleness” will take you to the summit of Mount Everest, while “upcoming, text, spice” will pinpoint the front door of Mercedes’ Stuttgart museum.

Gone is the Comand system’s scrolling wheel that polarised users, replaced with a touchpad. Aslo gone are the confusing tabs and submenus, replaced with a sharp navigation format that allows users to swipe left, right up and down for different screens, as well as diving through the display for a third dimension of operation.

Real-time rendering and a high-resolution screen give a smooth operation, and what is easily the highest quality approach to be found in the small car-segment.

Over the air-updates will be offered to customers for general system refreshes, as well as an app store-style website to allow owners to make their own upgrades as new functions are made available.

The system also builds a profile of a typical user’s routine and can offer predictive suggestions based on how it has learnt the driver normally behaves. Music, climate and navigation options can all be offered by the system before the occupants have to request them.

Australian A-Class specifications are yet to be finalized, but for some global regions an initial base system will be offered with the touchscreen and voice control, with a number of higher-grade versions will be available above it. 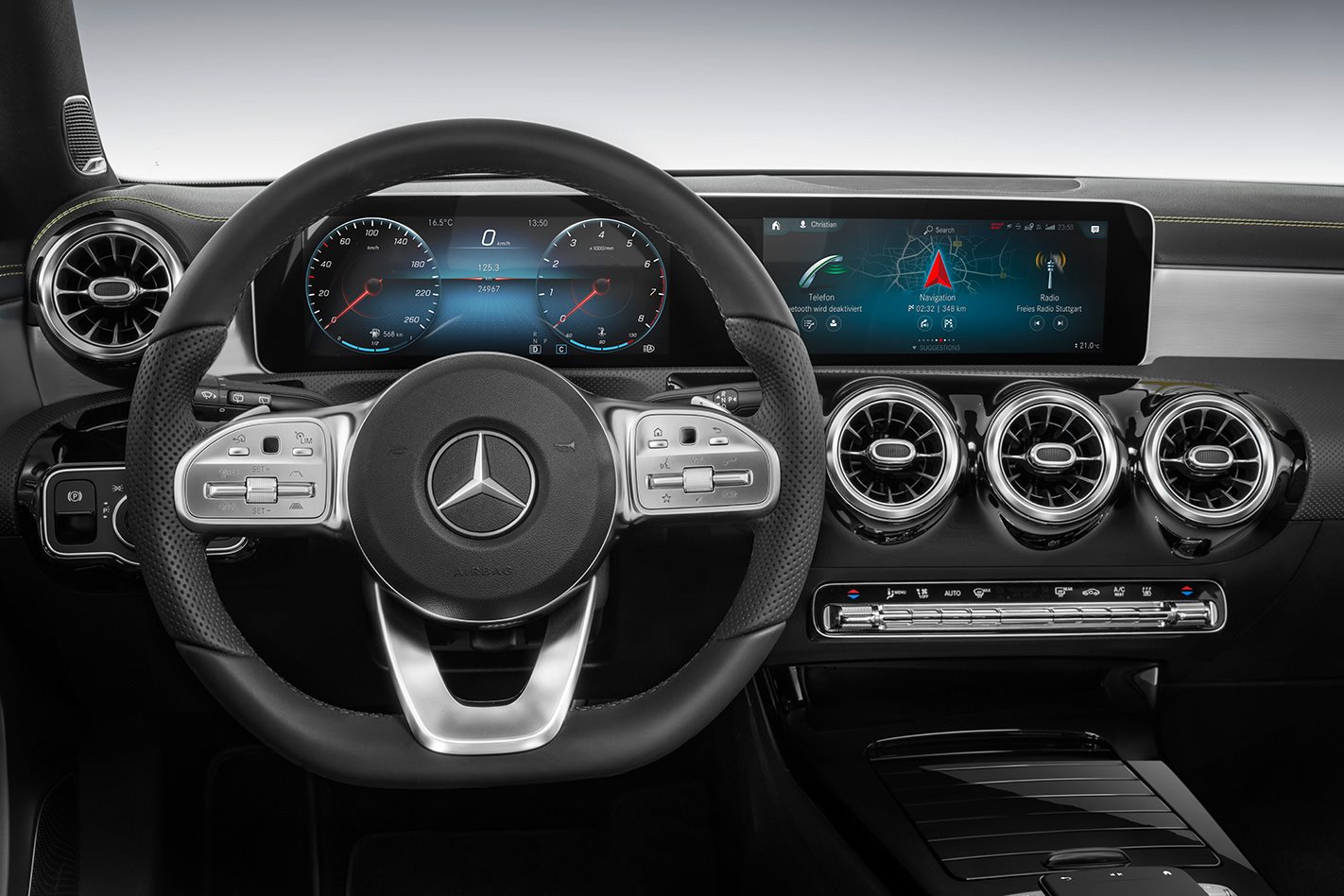 “We will have an entry-level system and then we will have three different levels where you can add content to them,” Kallenius said.

Unlike some other manufacturers including General Motors, Mercedes is not yet considering showing its customers advertisements via the MBUX.