LOOK out Volkswagen Golf GTI, Ford Focus RS, and Peugeot 308 GTi. France is set to spawn another hot-hatch sensation, in the sexy guise of the next-generation Renault Megane RS.

Slated for a global reveal at the 2017 Geneva Motor Show next March, the Renault Sport-designed and developed flagship differs from the current B95-series RS 265 and RS 275 versions by eschewing a three-door coupe-like body for the significantly larger and roomier five-door hatch configuration worn by its more mundane (and imminent) BFB-series siblings. 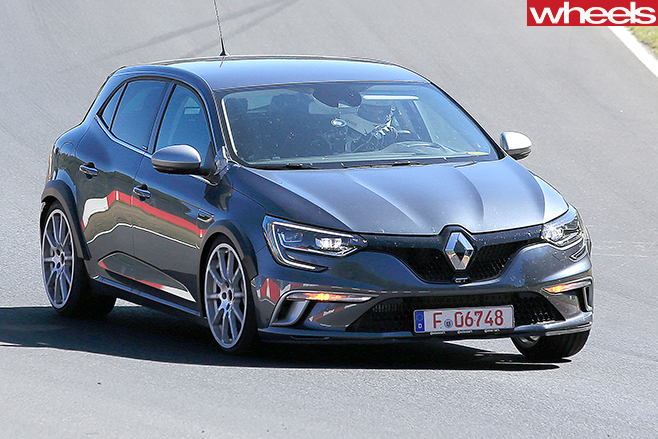 That’s a pity for fans of swoopy-silhouetted hot hatches (they seem to be a dying breed unfortunately), but the GT-based mule shown here undergoing testing in southern Europe possesses some tantalising visual clues to help set the next RS apart when it arrives in Australia either late next year or in early 2018.

Check out the extra low-slung and wide-wheeled stance that suggests significantly broader front and rear tracks, while the rear diffuser has an ad-hoc pair of central exhaust pipes punching through. We’re confident that the crew from Renault Sport will flesh out the styling inside and out to match lofty expectations. 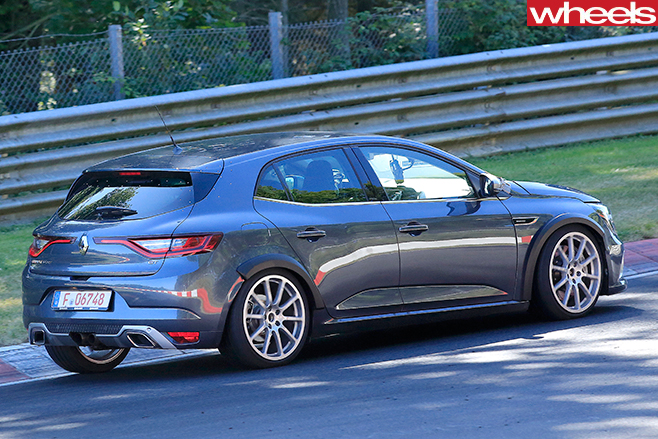 Speaking of which, we believe that a highly-tuned version of the company’s 2.0-litre four-cylinder turbo engine is under development, reportedly to deliver around 220kW of power to the front wheels; today’s RS 275 offers 202kW, so that’s a healthy upgrade. Perhaps more crucially, our fingers are crossed that Renault Sport won’t abandon the six-speed manual in favour of the expected (and Megane RS-first) DCT dual-clutch transmission. 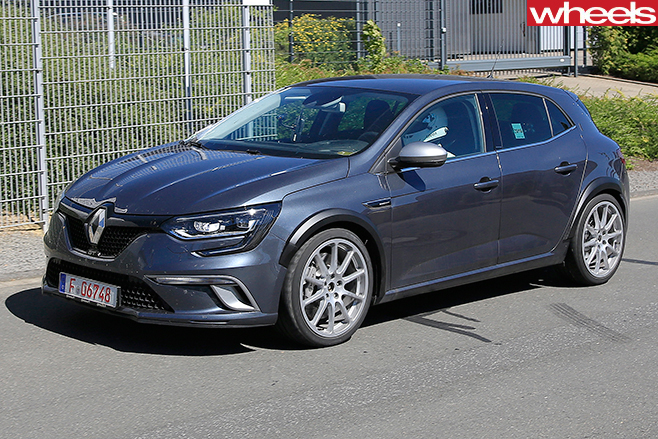 Whether that Renault Sport modified chassis also includes the Megane GT’s segment-exclusive active four-wheel steering system is not known; but we do hear that the rear axle will probably continue with the company’s terrifically effective torsion beam design. Note also that Cup and Trophy editions will likely return as well.

Pricing will be interesting, as the current, three-door only Megane RS from $44,000 to $53,000 has long commanded a circa-10 percent premium over its Golf GTI nemesis.

We’re waiting impatiently to see whether the Megane RS’ switch to a five-door bodystyle will bring the two arch enemies closer together, so please watch this space.