AUDI’S eighth-generation A6 has been revealed early, making an online debut a week before it receives its first public showing at the Geneva Motor Show. It will enter European showrooms in June, while a local arrival will occur in the second half of 2018.

As is tradition for the conservative Audi brand, the new A6’s sheetmetal takes cautious steps forward rather than big stylistic leaps. Even so, a quartet of pumped-up guards, the availability of huge 21-inch wheels and razor-sharp creases and cutlines all over give the big sedan a more aggressive aura.

2018 Audi A8 wired for level-three autonomy

Dimensional growth is minor, with the 2019 A6 measuring just 7mm longer at 4939mm, 12mm wider at 1886mm and 2mm taller at 1457mm. Inside, the gains are greater. Back-seaters gain 13mm in legroom, all occupants see more headroom and shoulder room, and the cabin is 21mm longer overall. The boot still measures 530 litres, but a wider boot aperture means it’s now easier to load. 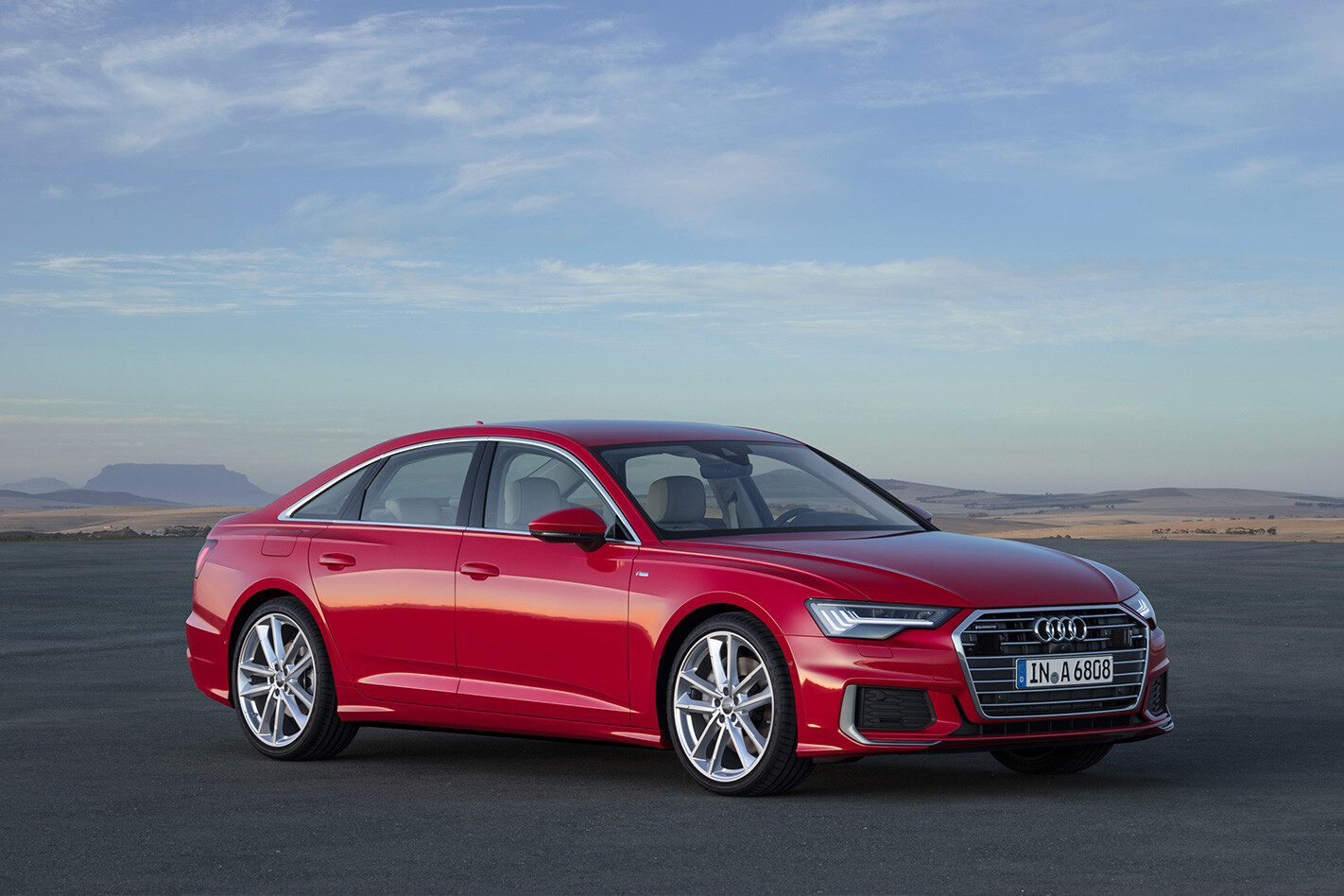 Underneath sits a revised chassis with new suspension geometry, which will be offered in four configurations: a conventional steel spring and damper arrangement, a sportier version of that same basic setup, a more versatile arrangement with adaptive dampers and steel springs, and an adaptive air-sprung suspension in flagship variants.

Some models will also be offered with four-wheel steering – similar to the new A8’s system – to help endow the A6 with greater agility, while a Sport differential will bring torque vectoring for even more athleticism. In Europe, two powertrains have been confirmed so far. A 3.0-litre turbocharged petrol V6 is the star performer, generating 250kW, 500Nm and able to dash to 100km/h in just 5.1 seconds. A 3.0-litre V6 turbo diesel will also be offered, producing 210kW and a stout 620Nm. The petrol will take power to all four wheels via a seven-speed dual clutch automatic, while the diesel utilises a conventional eight-speed auto to funnel its grunt to each corner.

For both engines, a smart alternator helps reduce parasitic drag when running (and thus lowering fuel consumption through regenerative braking), while also allowing the engine stop-start to function faster and more smoothly. 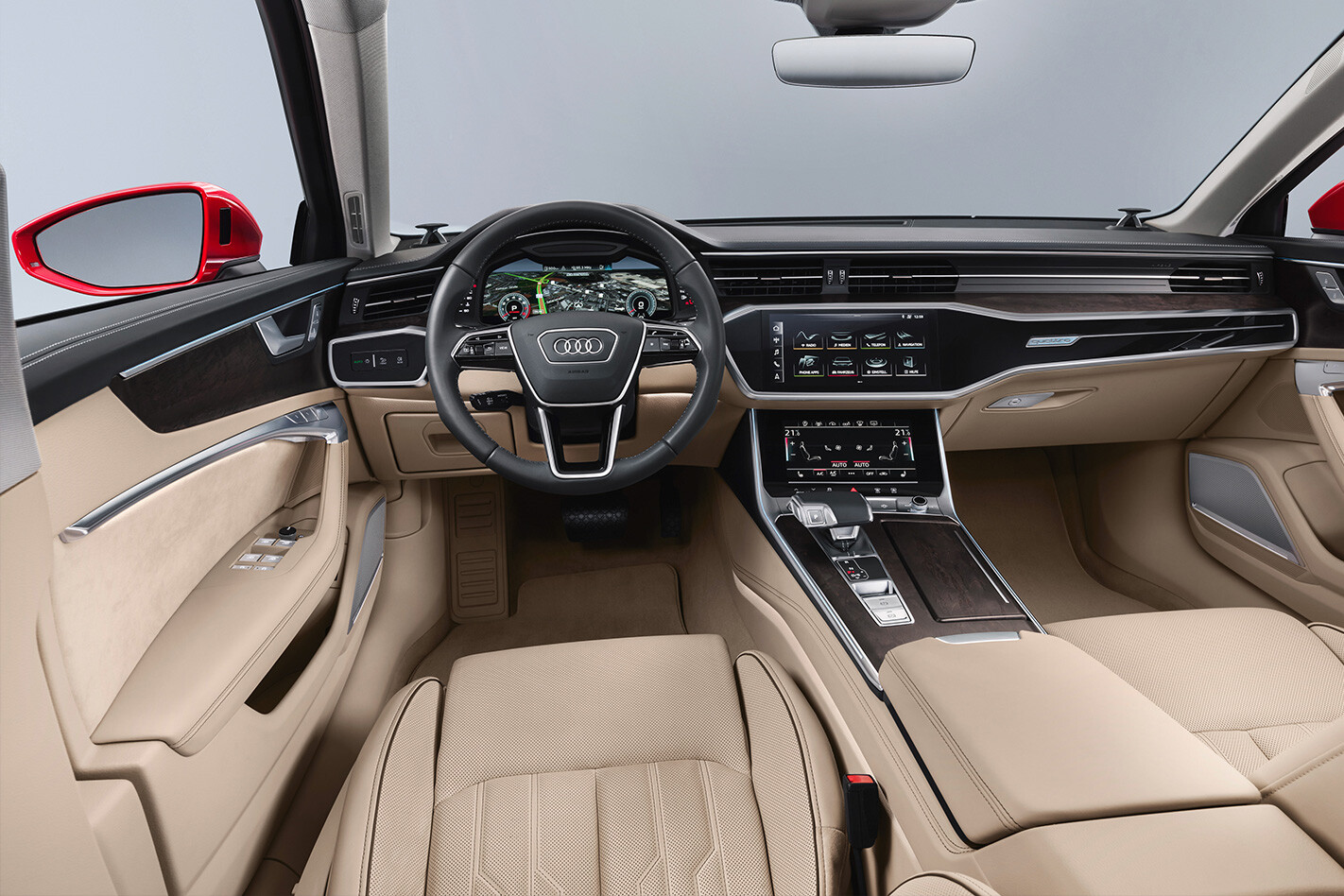 In-car tech is centred around Audi’s latest iteration of its MMI infotainment suite, which displays data on a 10.1-inch central display in up-spec guise and is paired with an 8.6-inch display on the lower console, which functions as a text input pad and handles climate control features. Opt for the top-shelf MMI navigation plus system, and a 12.3-inch LCD replaces the analogue instrument panel too.

Driver assistance tech is also another highlight of the eighth-generation A6. Parking Pilot and Garage Pilot modes will enable owners to remotely slot their A6 into tight spaces via a smartphone app, while up to five radar sensors, five cameras, 12 ultrasonic sensors and a laser scanner help the A6 build a virtual picture of its surroundings to enable safe and more accurate active cruise control. 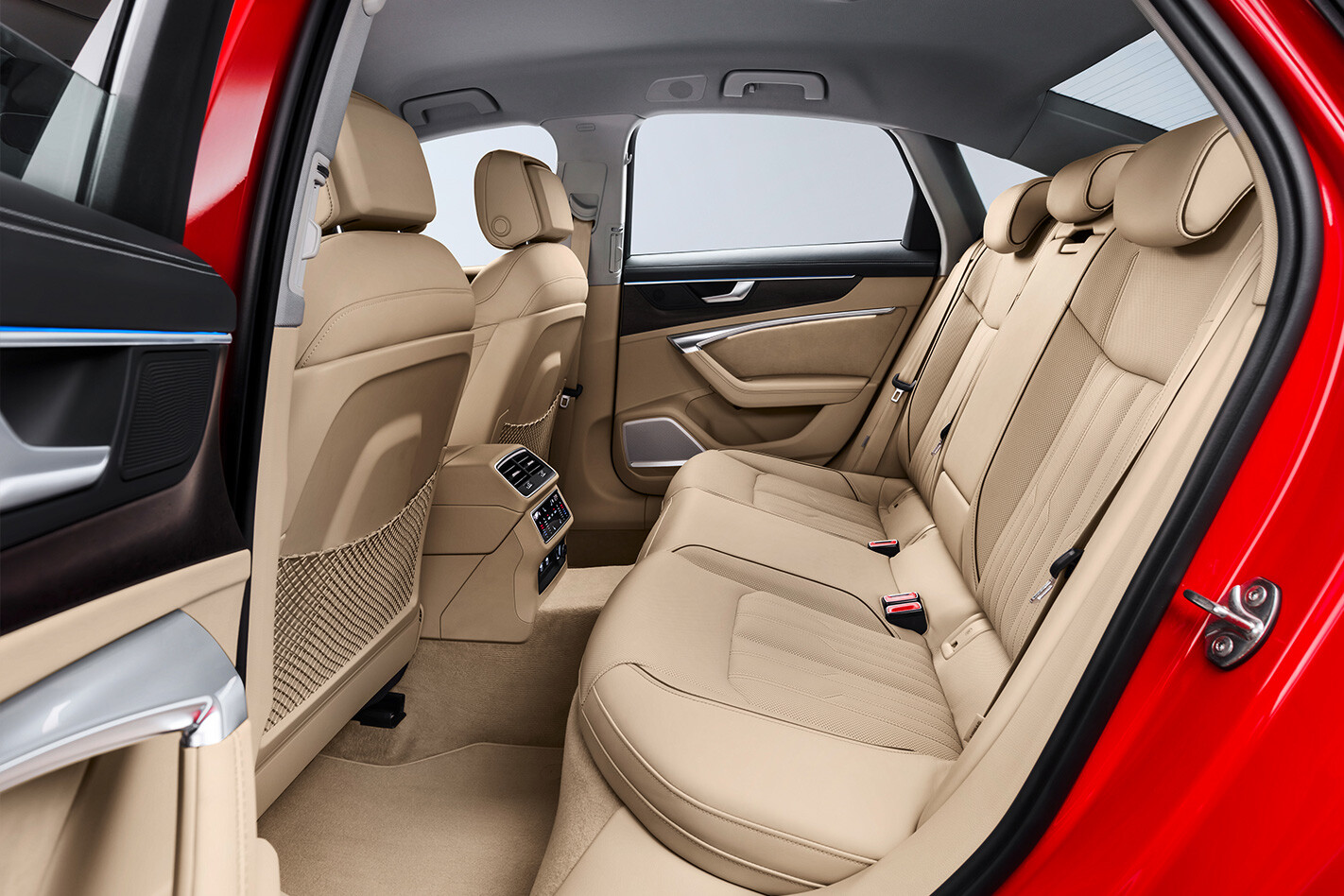 The 2019 Audi A6 will arrive in Australia before the end of this year, with both diesel and petrol engines to be offered. Precise pricing and specifications have yet to be announced, but Audi’s local office promises Australian-delivered cars will receive “a high level of progressive technology across the range”.