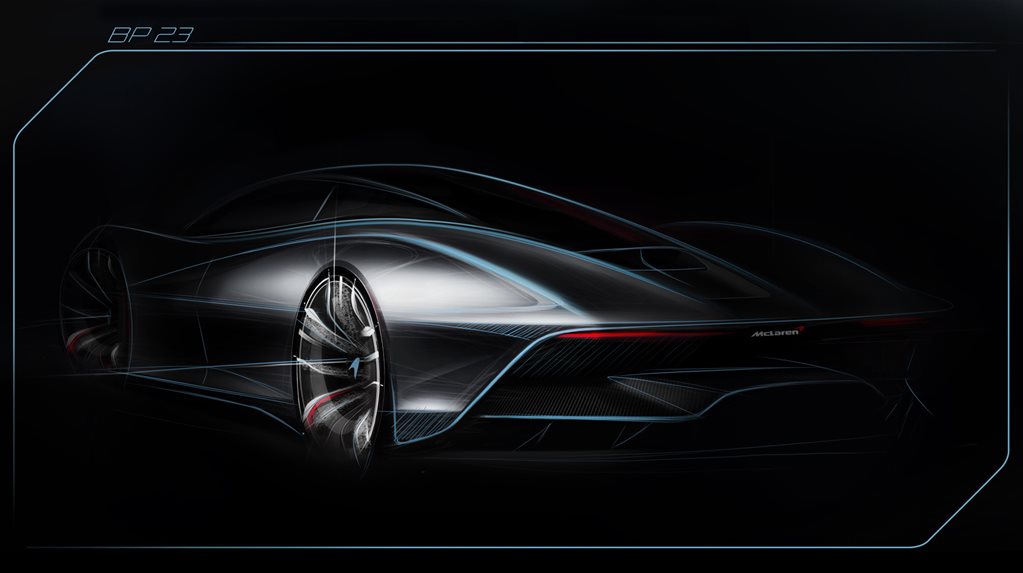 Homage to the McLaren P1, and the F1 before it, is taking shape, but there’s still a lot more to come

NOT content to sit on its laurels and let the world admire its new 720S revealed at the Geneva Motor Show, McLaren has also released a teaser rendering of its next hypercar.

Codenamed BP23 and due to hit the streets in 2019, the new super-sports is the logical successor to the P1 and F1 before it.

Its development is the responsibility of McLaren Special Operations division that sits above the normal road car operation and produces what the company calls its Ultimate Series product family.

The BP23 tag refers to it being McLaren’s second bespoke project, and like its F1 predecessor has a 2+1 seating arrangement.

Also like the F1, only 106 will be made and all are already sold.

The latest drawing doesn’t give away a whole lot, other than to show a right rear-quarter view with a sloping tail and not the usual blunt rear end of a mid-engined supercar.

McLaren P1 replacement to be all electric

That’s possibly a clue to the BP23’s intended function that is as much to be a high-speed grand tourer and not a track-day special. McLaren in fact refer to it as it “luxurious new addition”.

That’s not to say the BP23 in production guise is likely to be slow, with McLaren touting it as being “the most powerful and aerodynamic road-going McLaren ever.”

The company is developing a new platform to take the hybrid drivetrain, the petrol-powered component of which looks set to be a version of the 720S’s 4.0-litre twin-turbo V8.

Ferrari La Ferrari vs McLaren P1: Clash of the Titans

Given the P1 produced a whopping 674kW from its hybrid system and its successor will be more powerful, there’s every chance its 0-100km/h time of 2.8 seconds will be eclipsed.

Whether McLaren will exploit its new baby’s claimed aerodynamic efficiency and remove the P1’s 350km/h speed limiter remains to be seen.