Hot on the heels of its hatch and coupe-sedan twins is the all-new Mercedes-AMG CLA45 S Shooting Brake.

Do you want the good news or the bad news first? You can probably guess the latter, so let’s start with the good news. 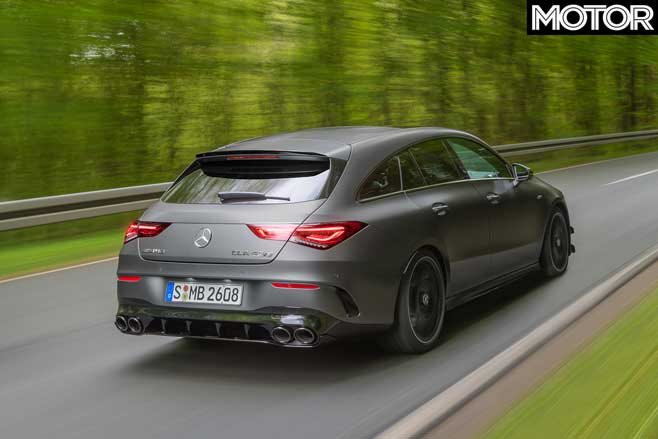 The baby wagon scores all the juicy upgrades found in the A45 and CLA45 models, including a high-boost 2.0-litre turbocharged four-cylinder producing 285kW/480Nm in the base version or a whopping 310kW/500Nm in the ‘S’ variant.

This power is fed through an eight-speed dual-clutch transmission to the trick new 4MATIC all-wheel drive system. In addition to being able to send power rearwards, a pair of electronically controlled multi-plate clutches in the rear differential have the ability to apportion torque to each wheel independently.

Select RACE mode, deactivate the ESP, pull both gearshift paddles back towards you and you activate Drift Mode, allowing controlled all-wheel powerslides. Yes, even the ‘sensible’ wagon version has Drift Mode. 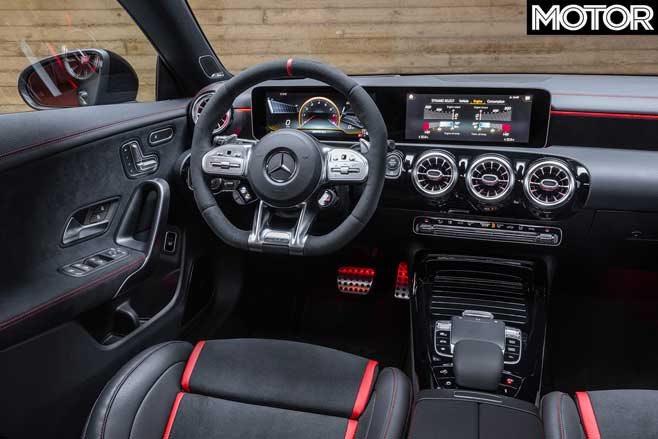 No weights have been announced for any of the three models, but presumably the Shooting Brake carries a slight weight penalty, though 0-100km/h takes just 4.0sec for the S with a limited top speed of 270km/h.

The bodyshell has been strengthened, but just as importantly for this segment of car, the boot opening is 236mm wider than the previous model making for easier access to the 505 litres of luggage space.

Three-mode adaptive dampers control a MacPherson strut front end and four-link rear, while tucked behind the 19-inch rims are large brakes with 360mm discs and six-piston calipers on the S model. 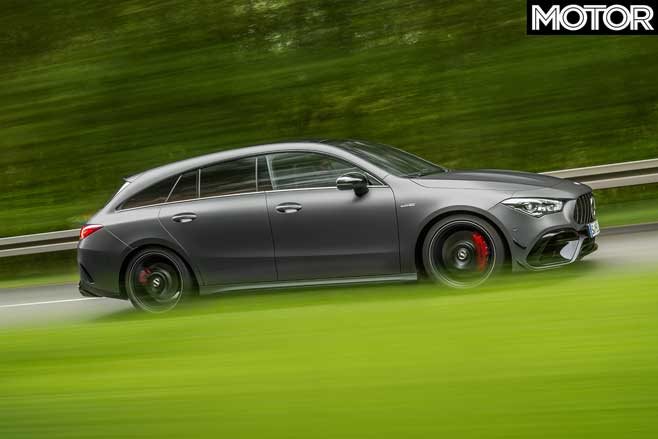 Now for the bad news. Sadly, unlike the previous generation the new CLA 45 Shooting Brake won’t be making its way to Australia. In fact, Mercedes Australia won’t be taking any Shooting Brake variants, citing a “business case decision”. Presumably this is PR-speak for “we won’t sell enough because everyone is buying small SUVs.”

This is a shame, but we still have the regular A45 S and CLA45 S variants to look forward to in the first quarter of 2020. 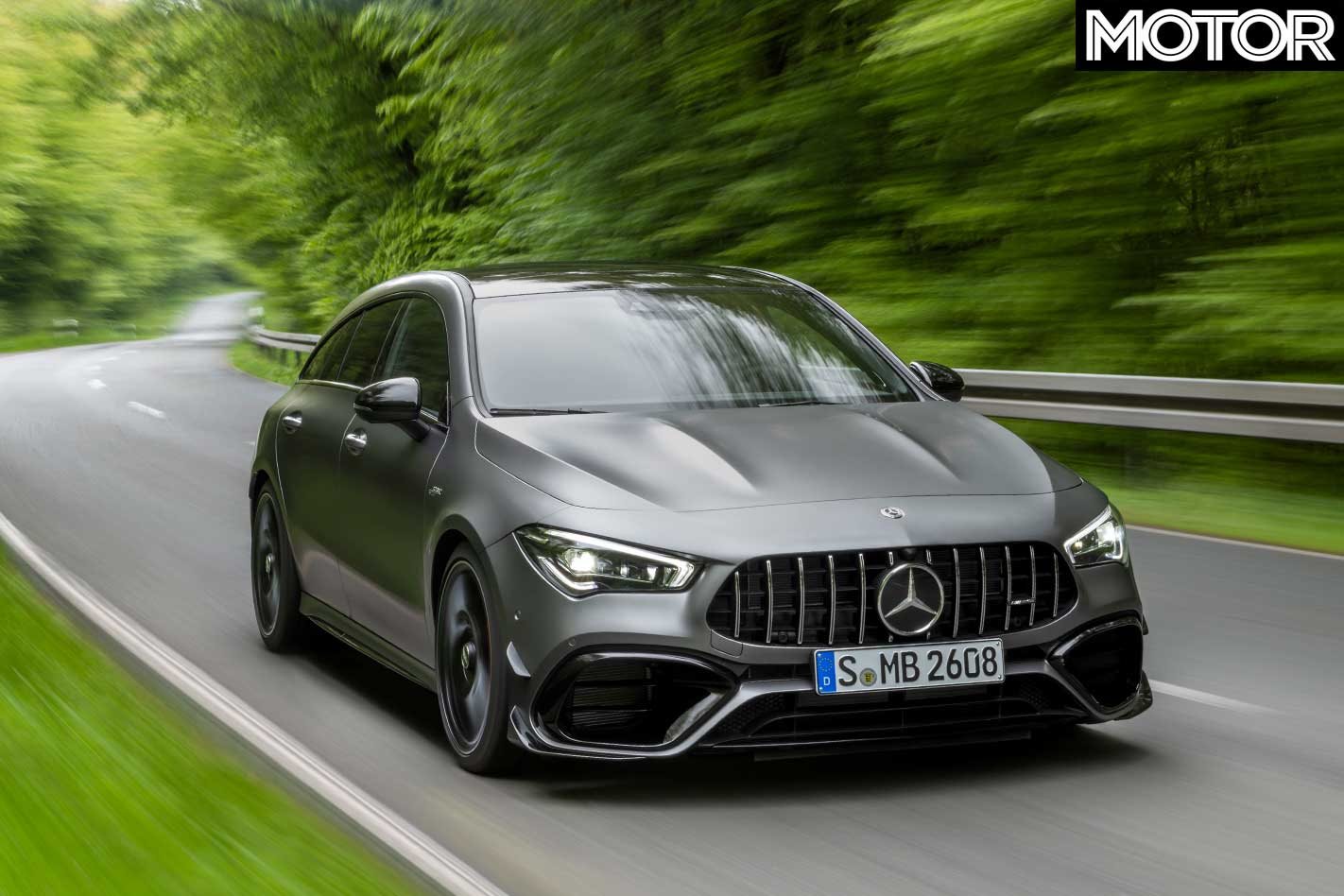 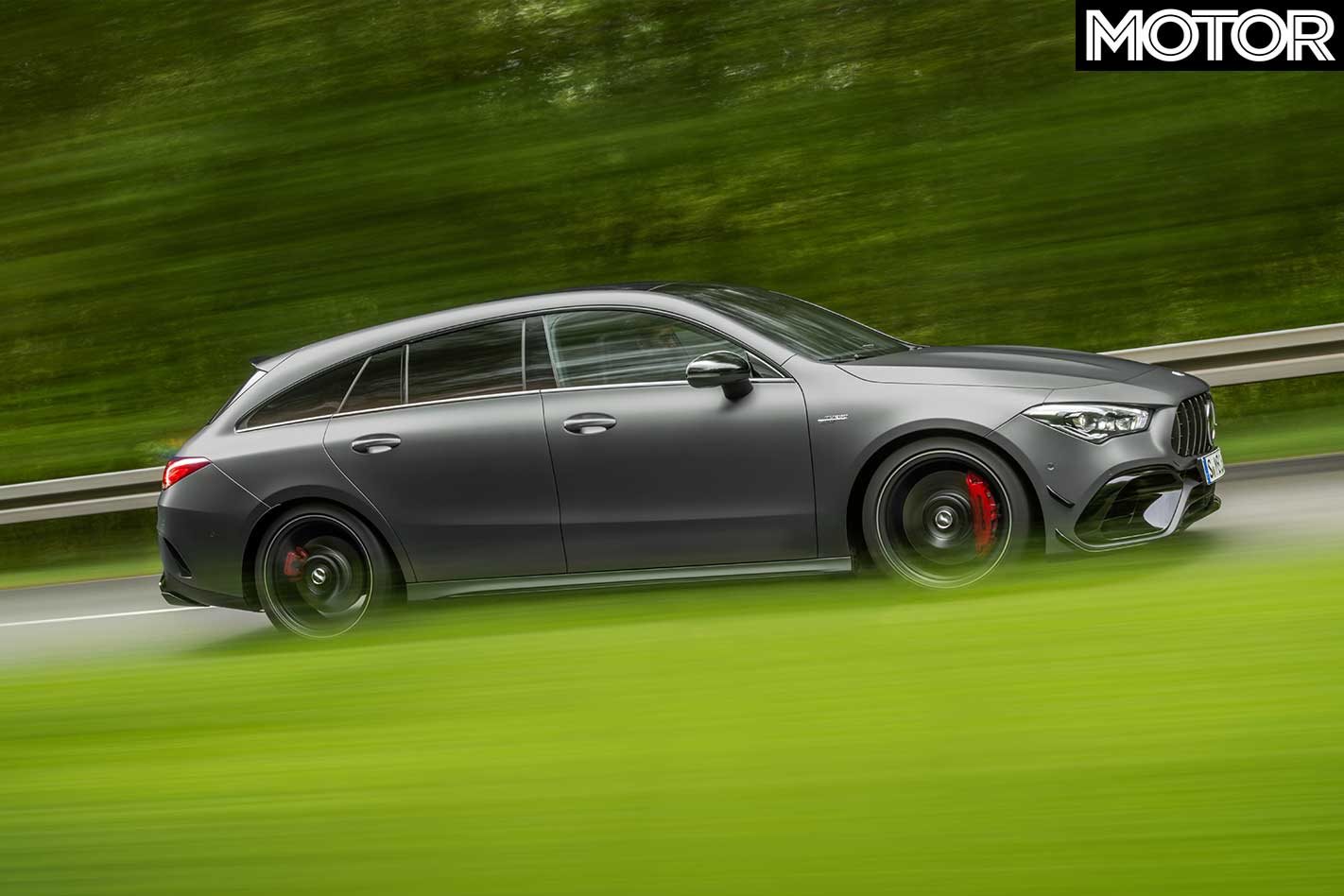 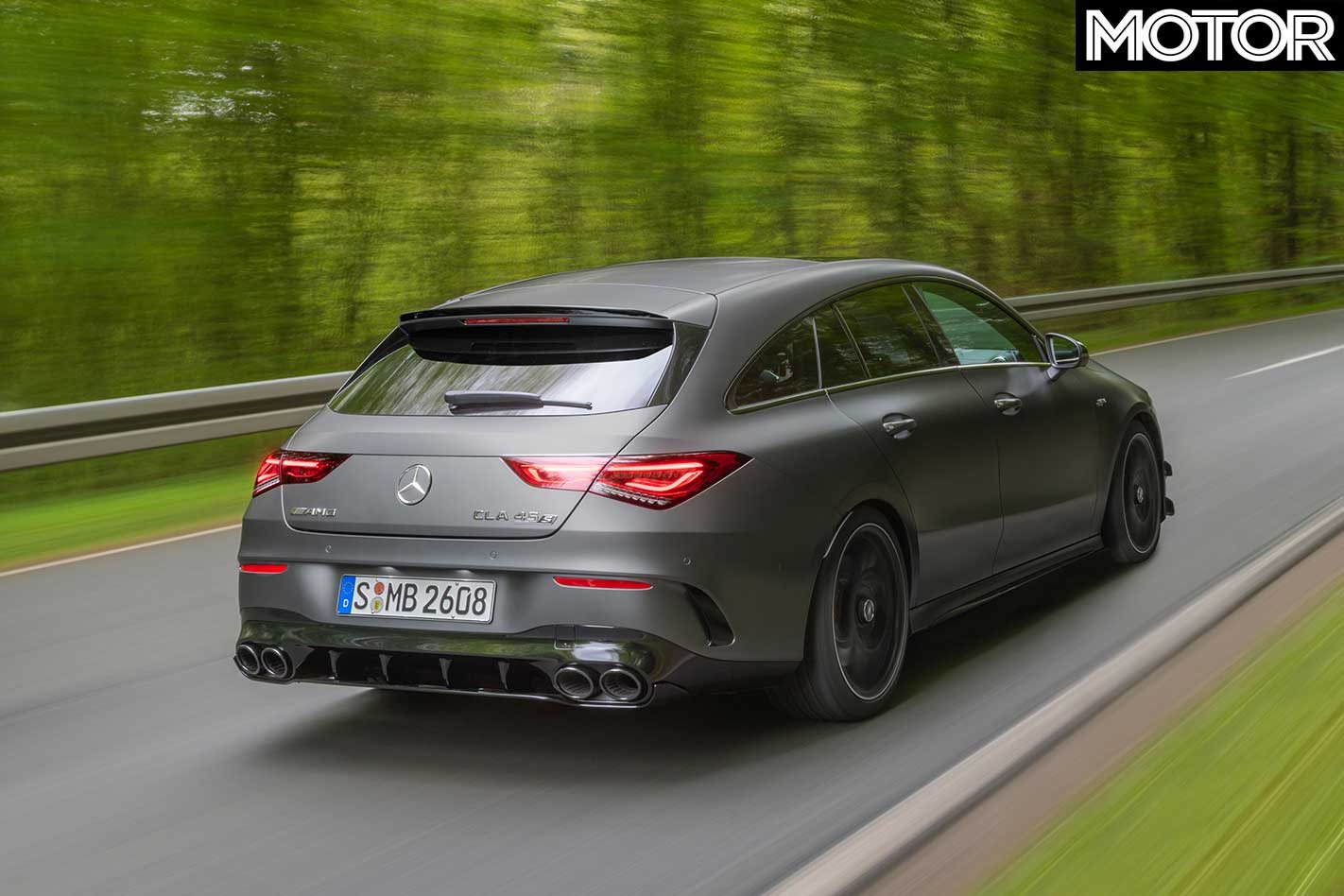 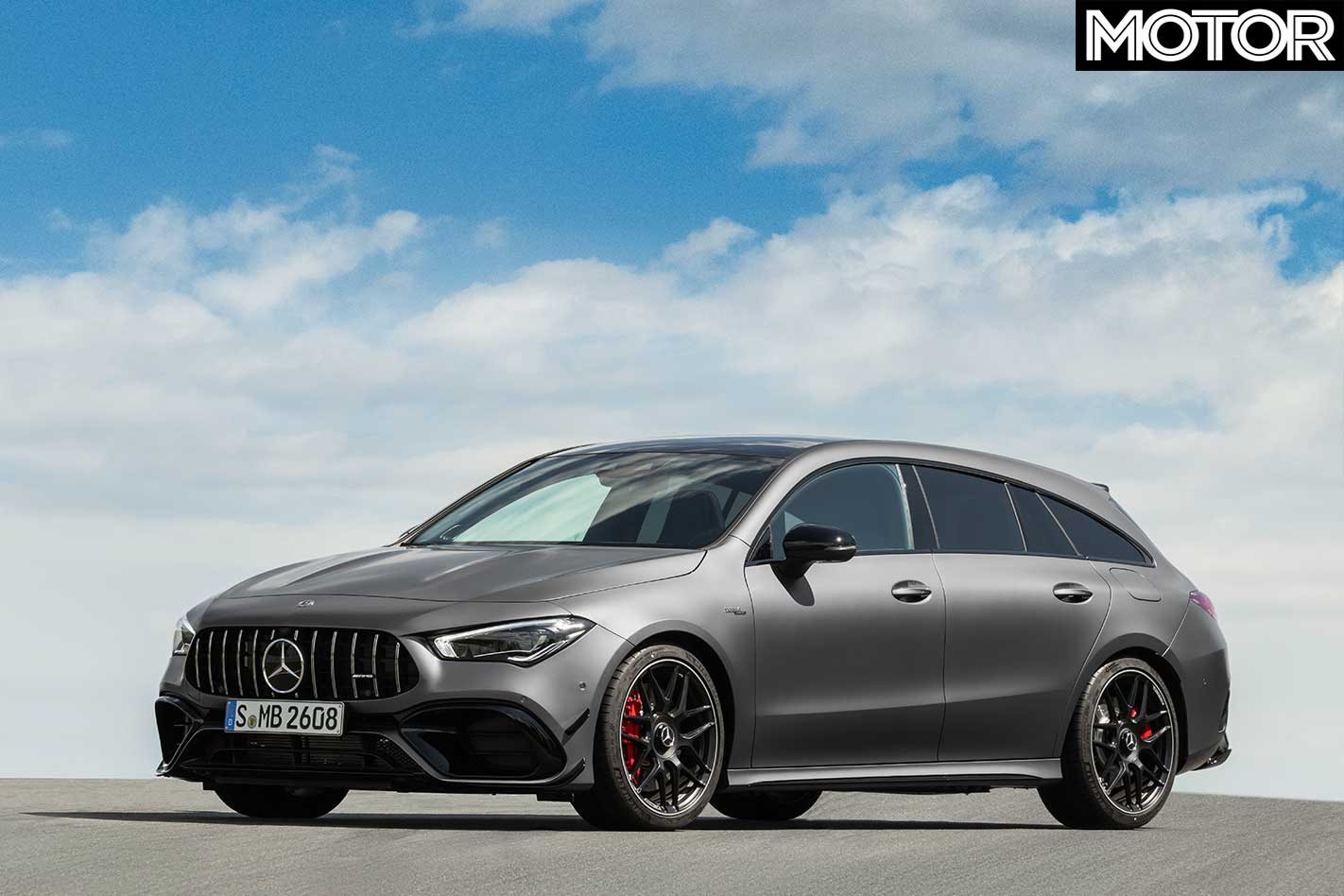 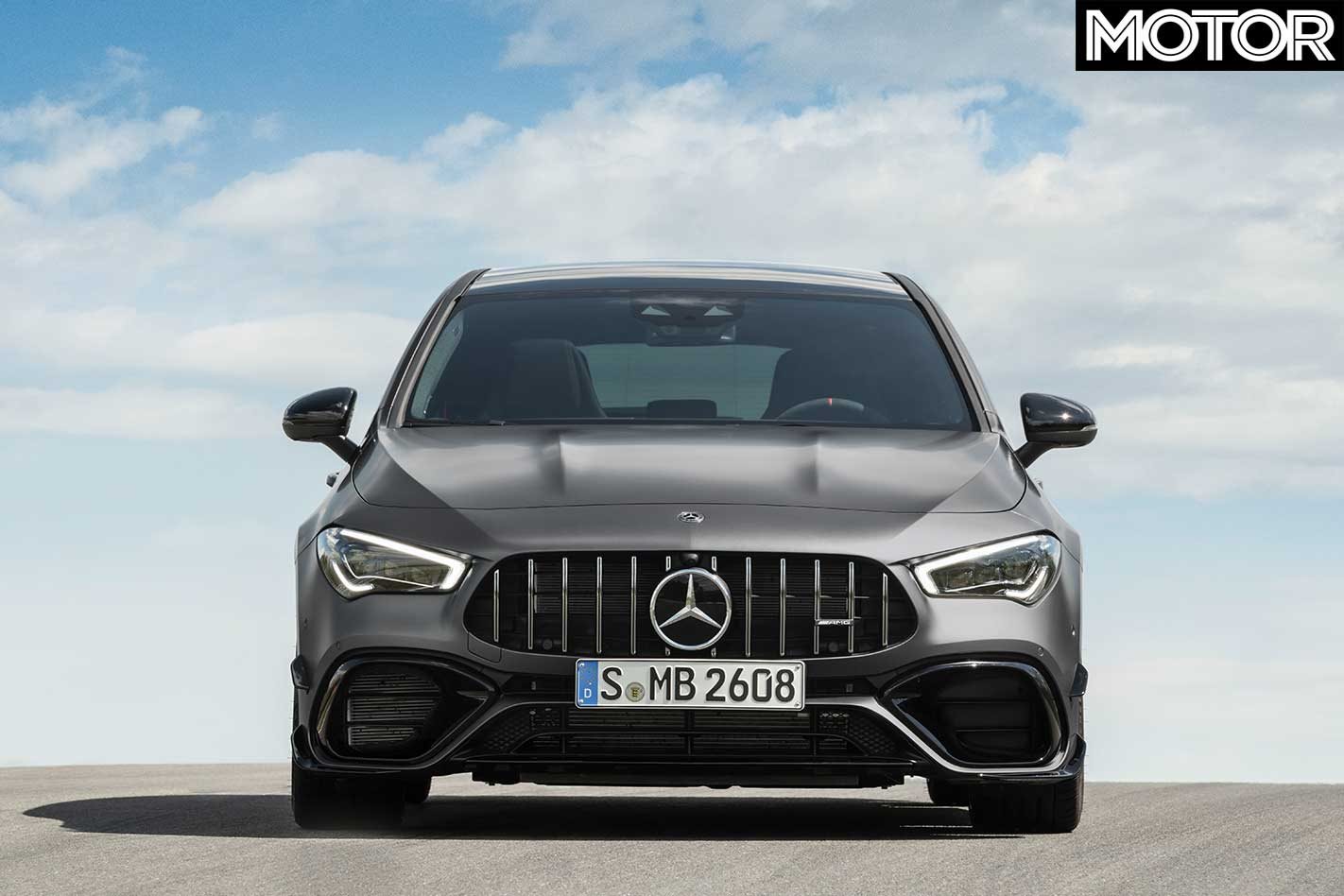 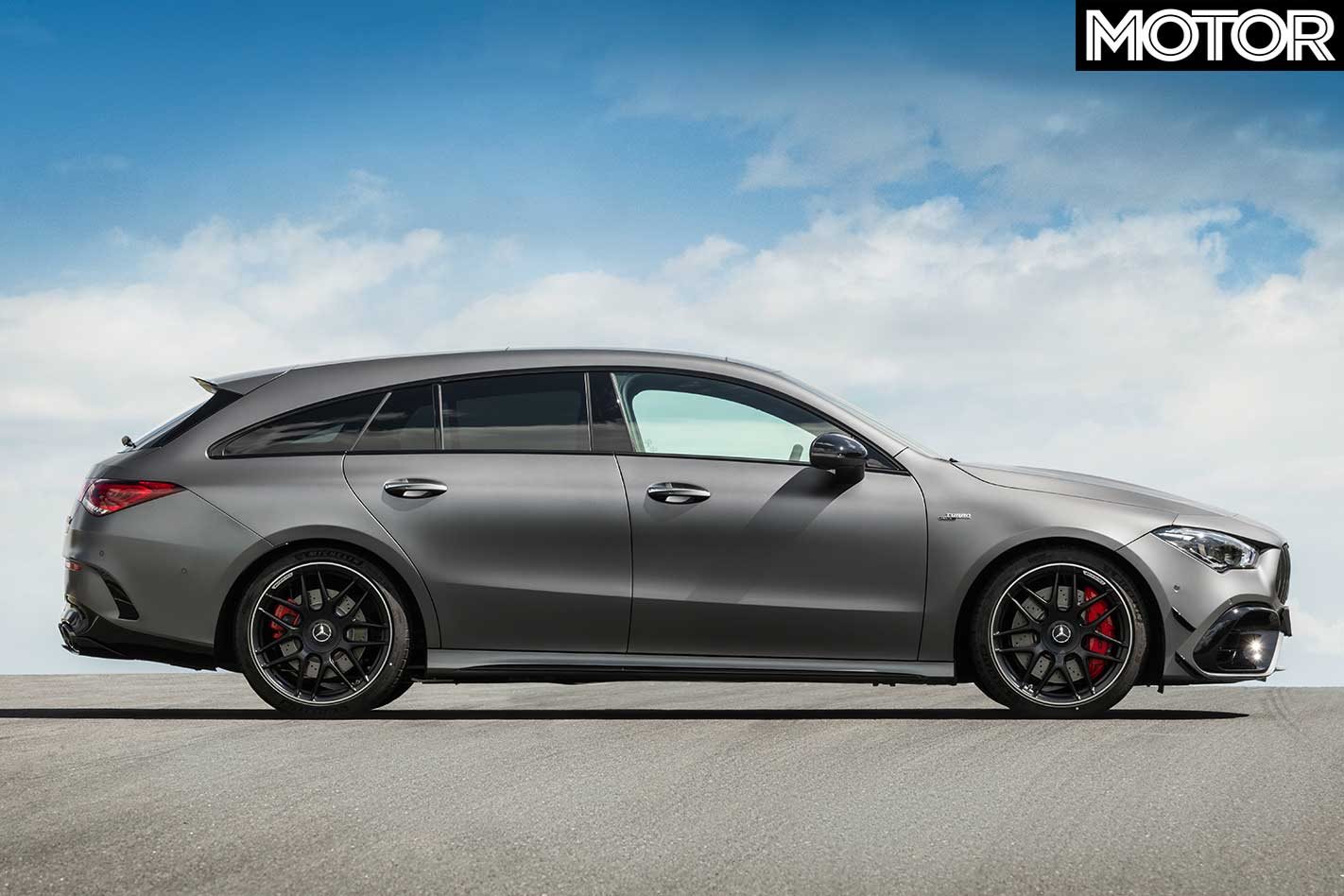 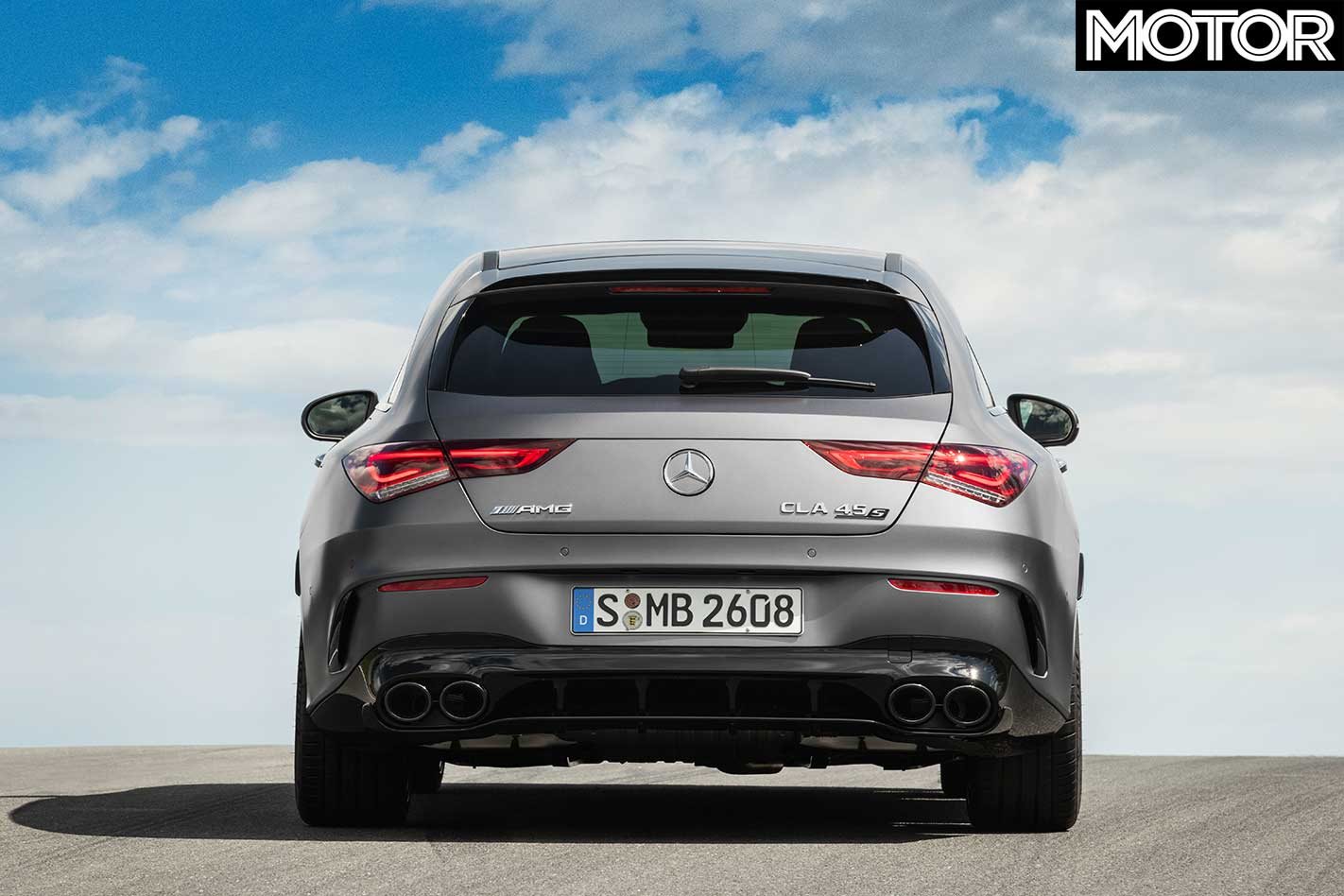 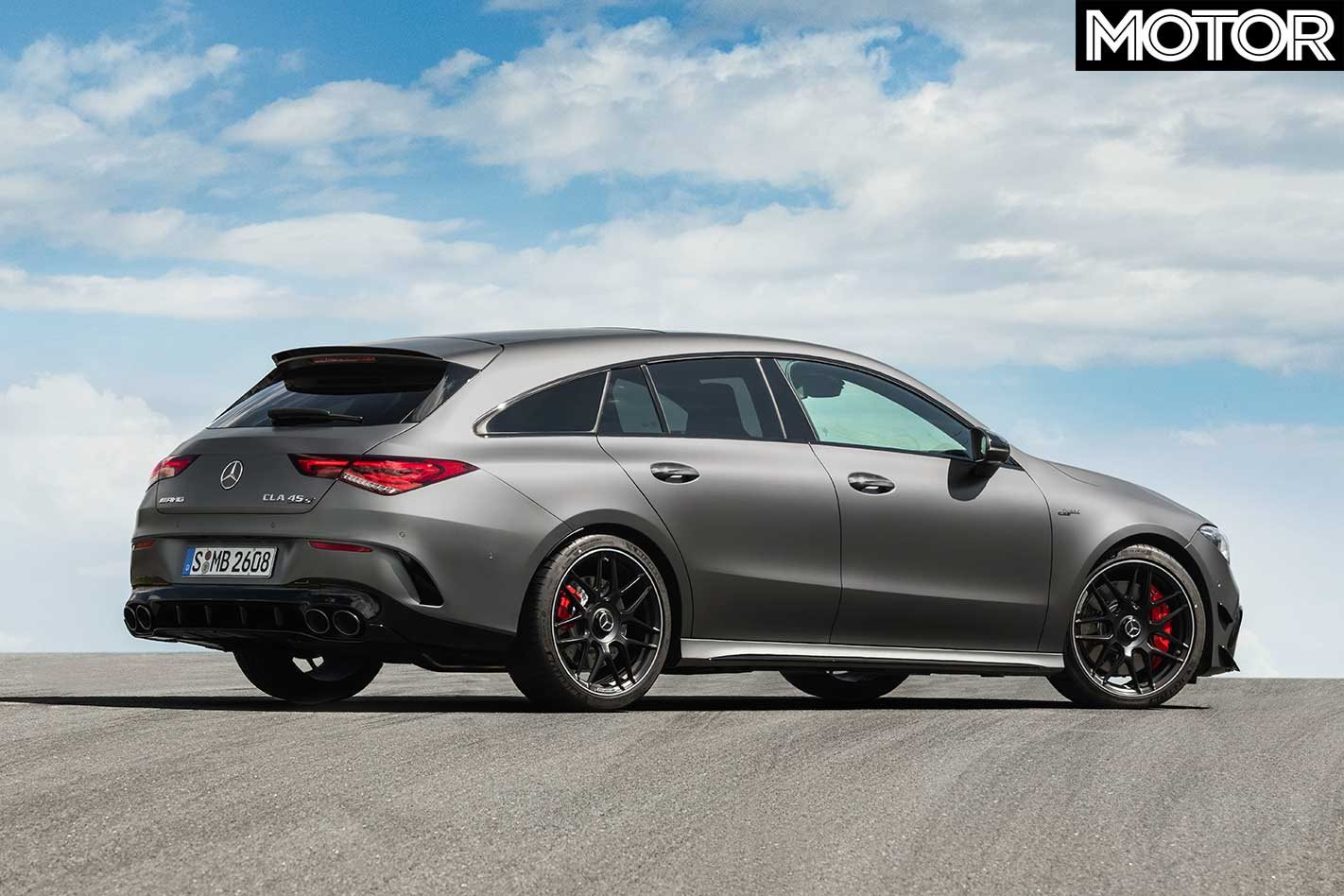 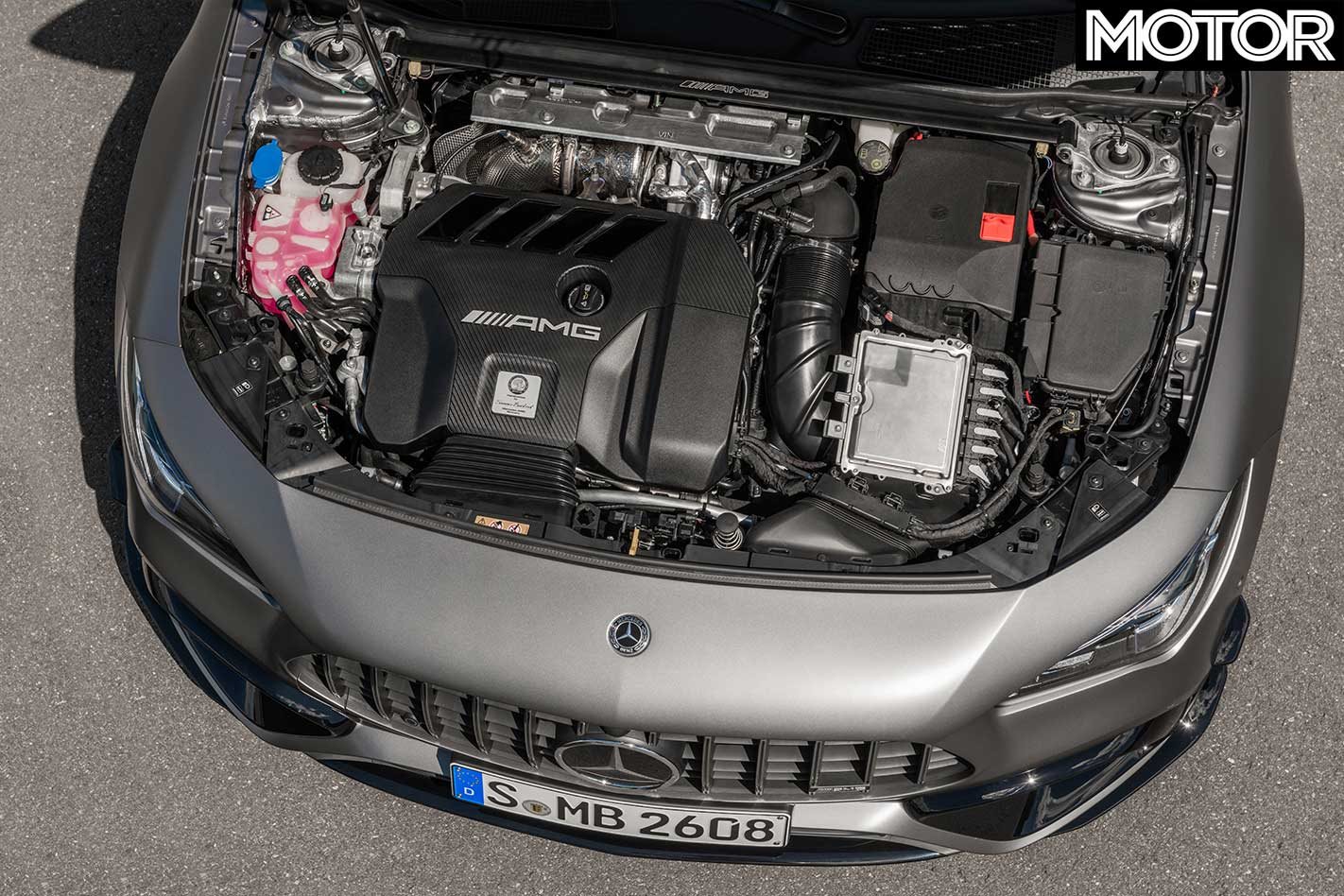 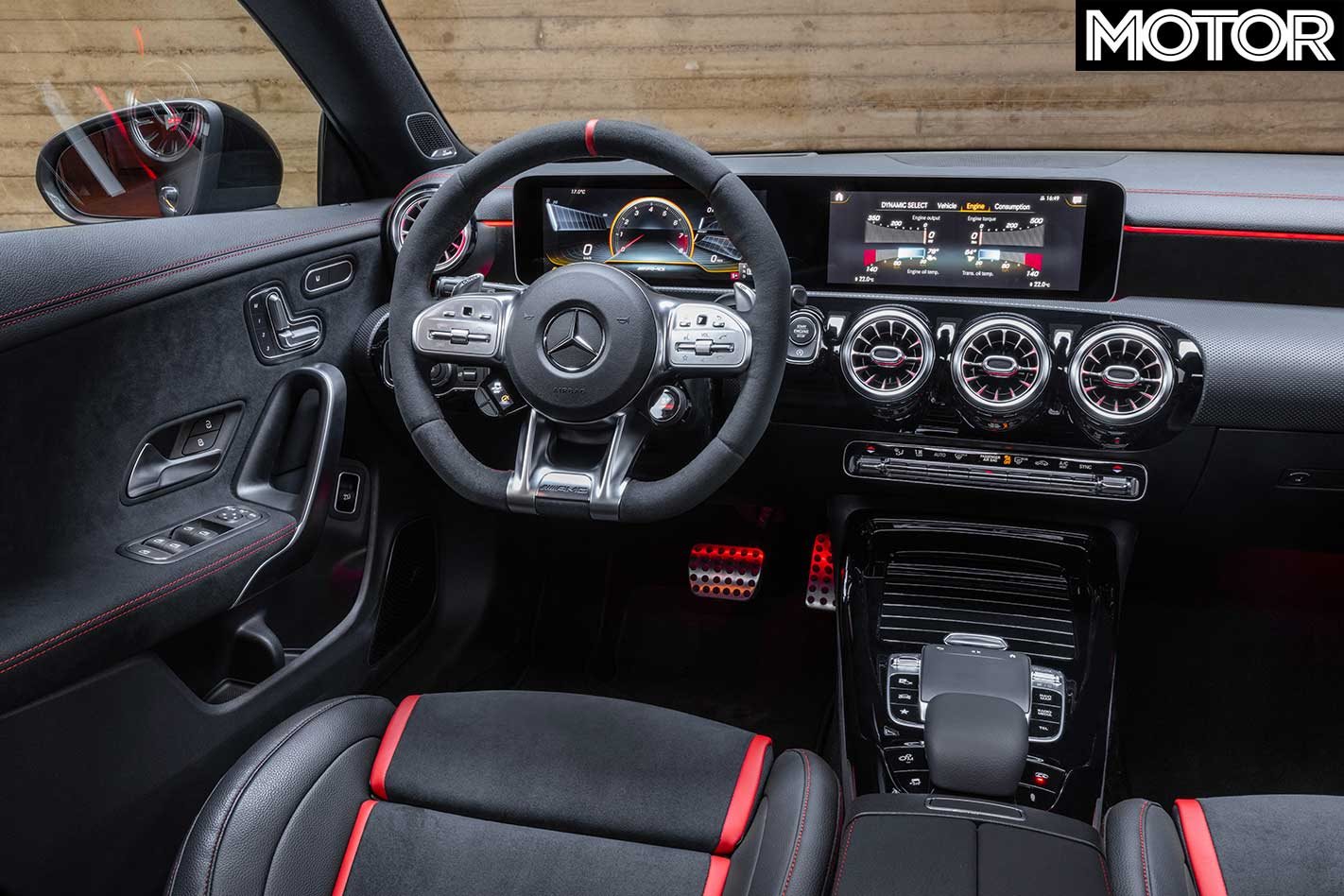 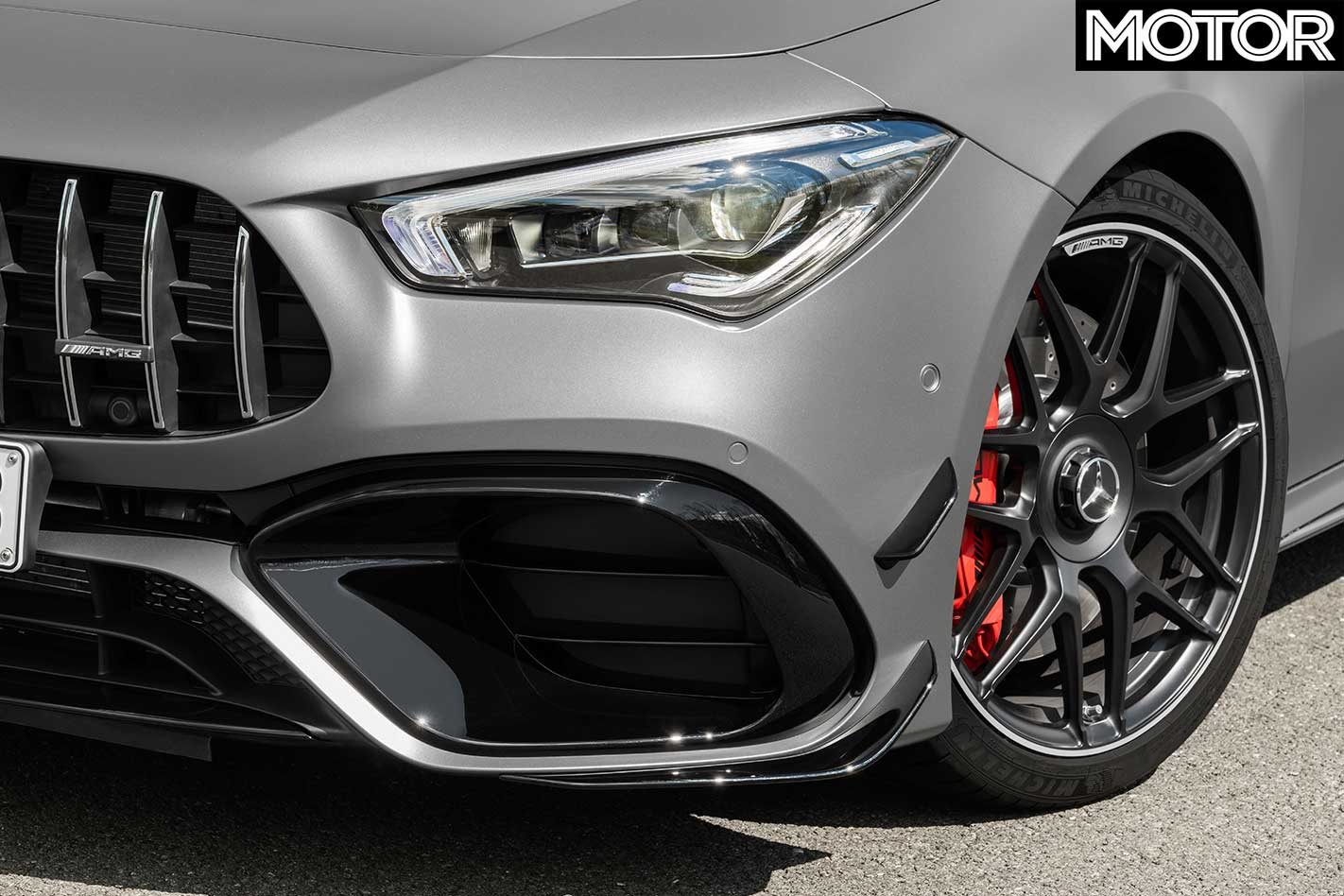 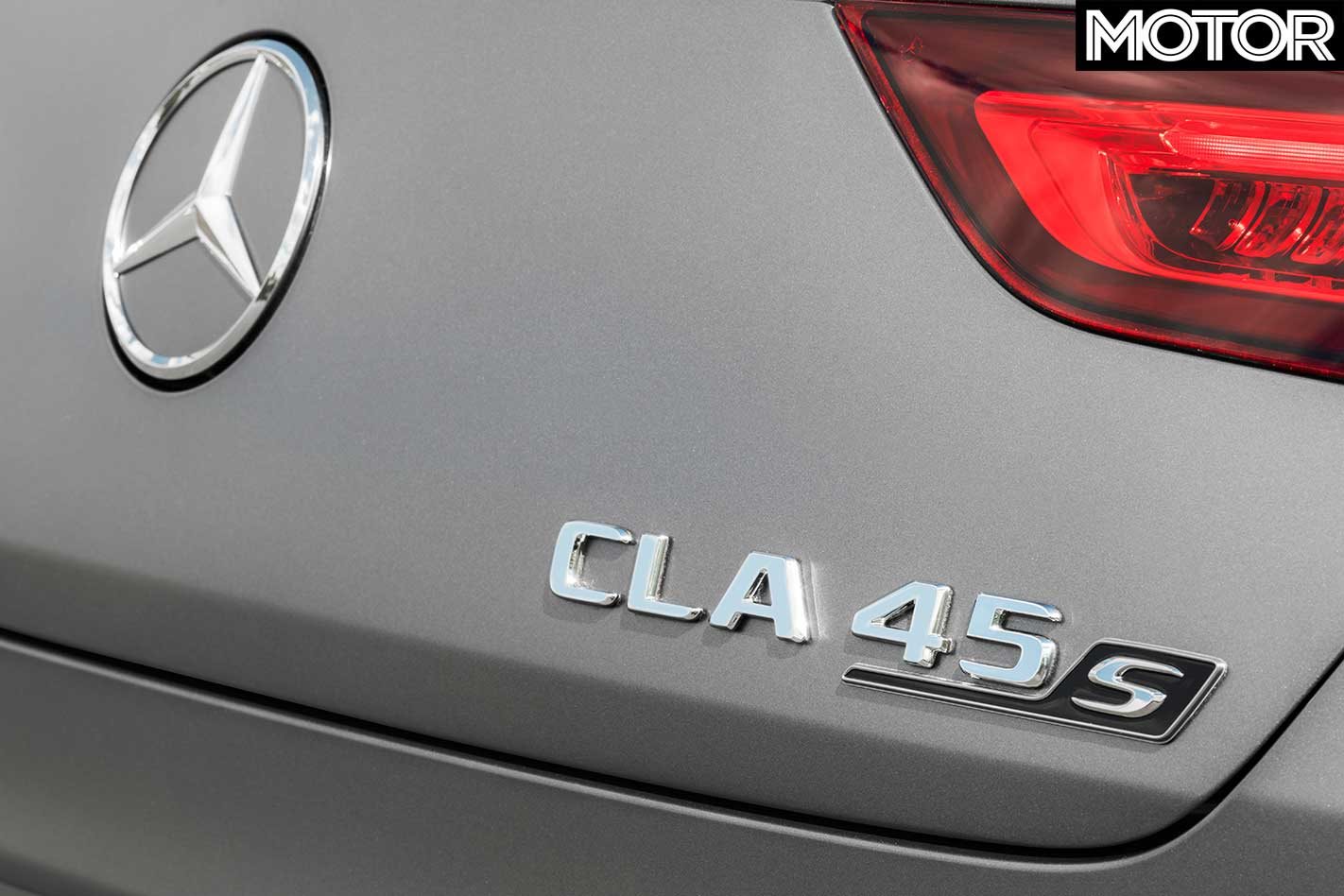