Fiat Chrysler Automobiles has no plan to sell the Dodge Durango SRT on Aussie shores, but if it ever changes mind we hope it brings this one.

It’s called the Durango Pursuit Speed Trap, in a nod to the model it sells to police fleets, and is a one-off three-row SUV stuffed with the supercharged V8 from the Challenger Hellcat Redeye. 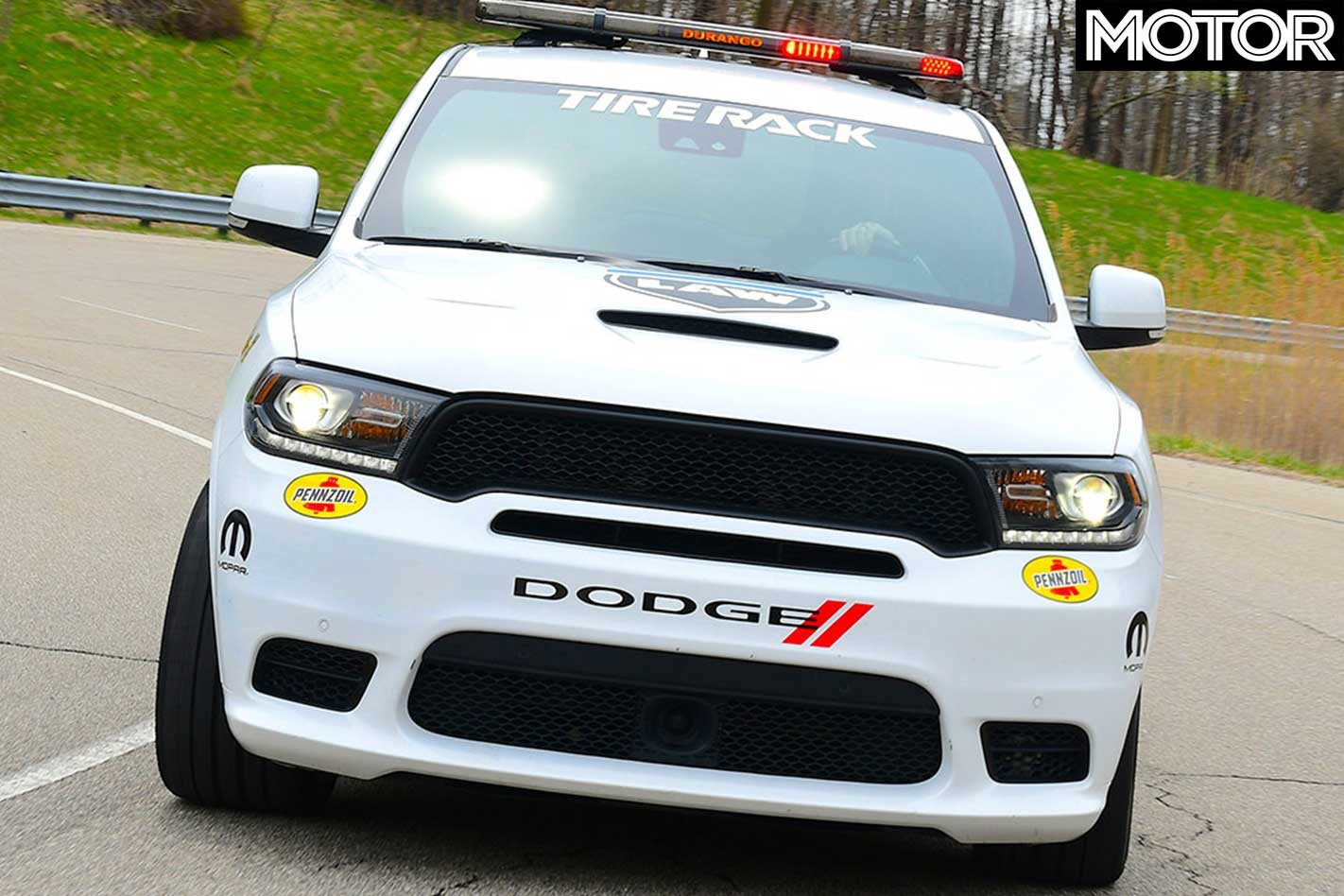 That means it packs 797 horsepower, or 594kW in local currency, to shift along. And should help, since SRT Engineering built it for the One Lap of America.

The annual race sees punters tour over 6400km and unleash their cars on different racetracks along the way, similar to our very own Street Machine Drag Challenge in Australia.

Except, you don’t get any backup trailers or trucks. It’s your car’s engineering you have to rely on, with only one set of tyres allowed for the event. 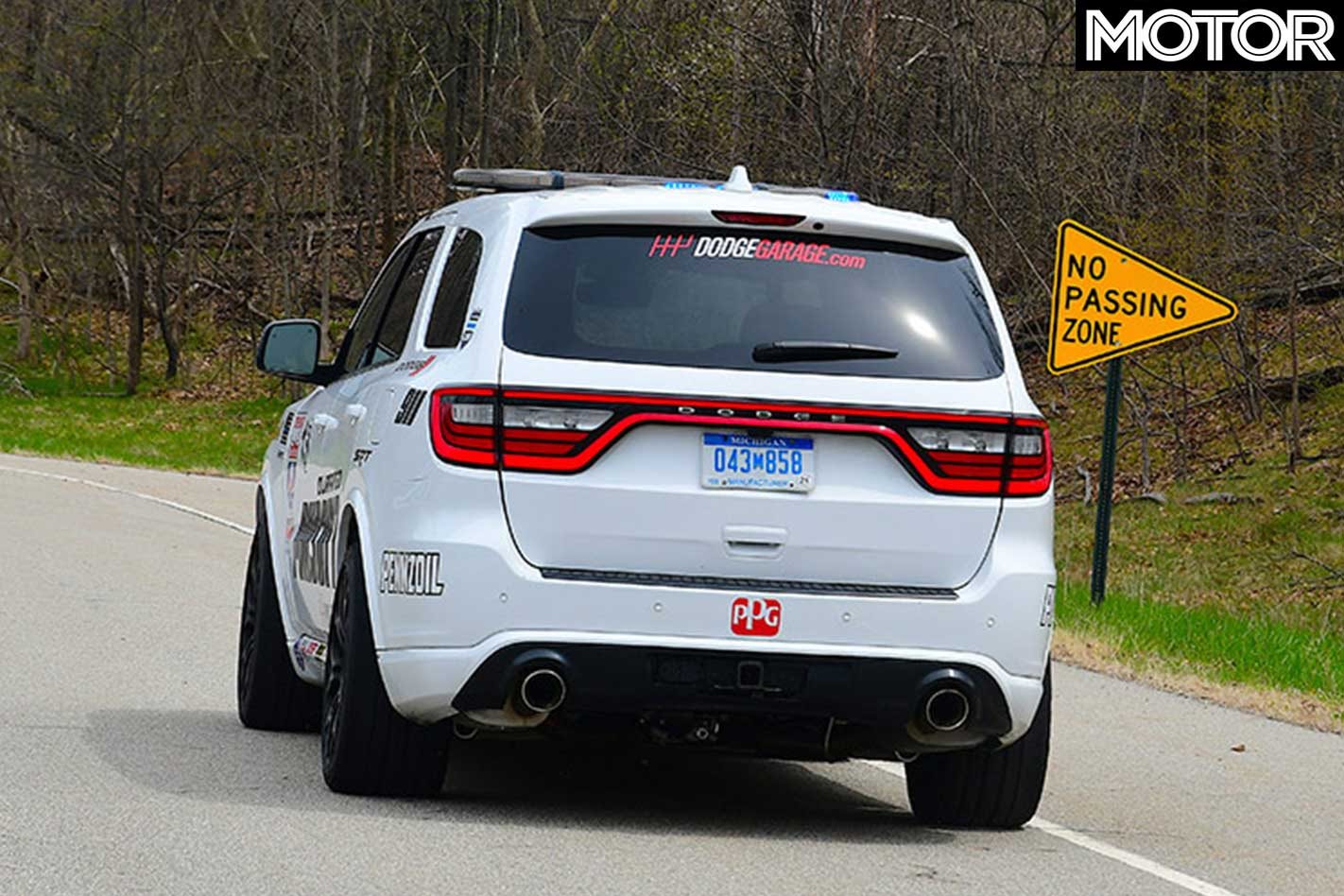 The 594kW/958Nm engine probably makes a little more than that since it bellows through a set of aftermarket headers. Meanwhile, the eight-speed torque converter uses an upgraded transfer case to keep solid when transferring the grunt to all four wheels. 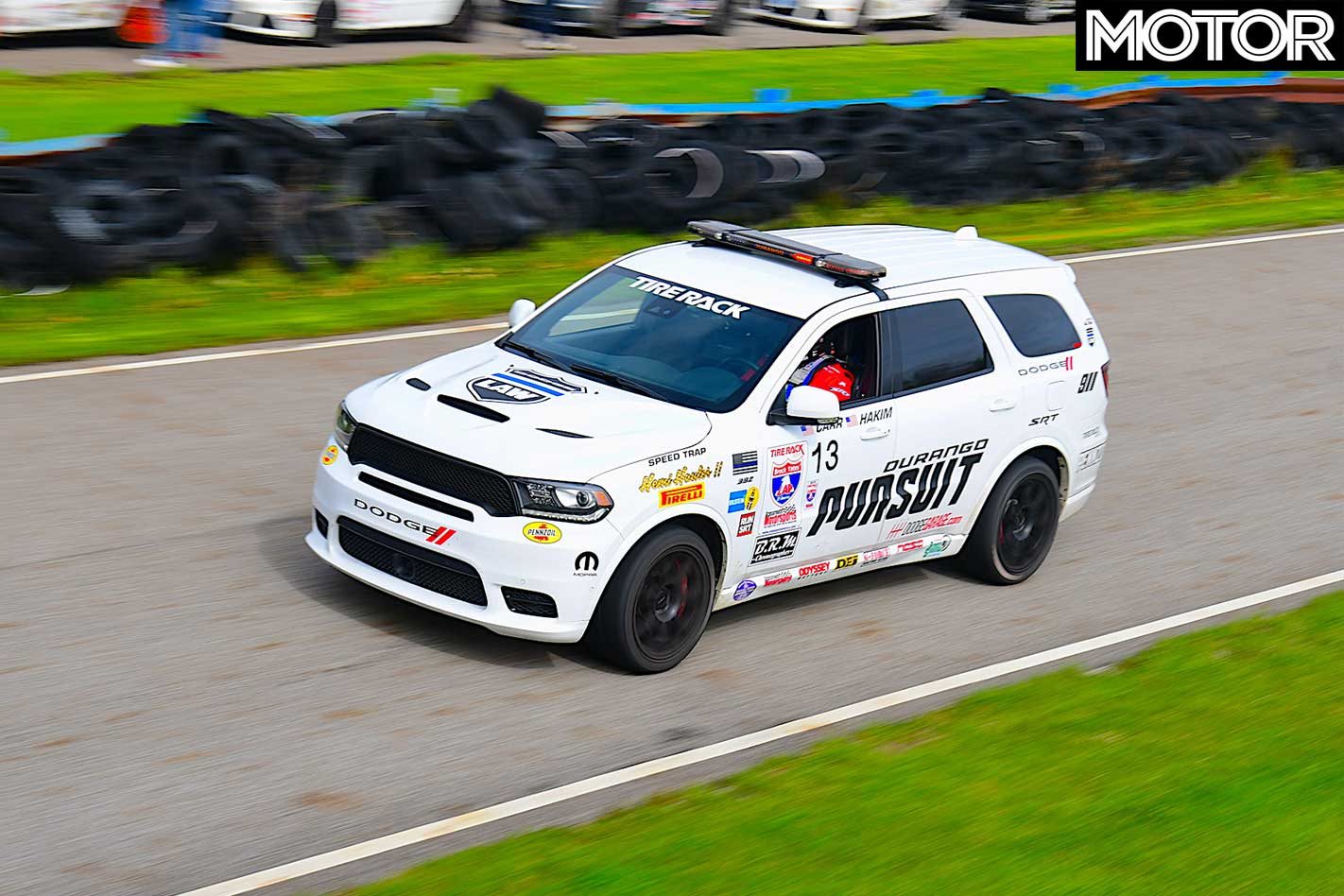 One Lap of America 2019 is already underway and will finish on May 11. SRT vehicle dynamics engineer David Carr and journalist David Hakim will pilot the Speed Trap in seven days during the event, with a goal on defending the truck/SUV title.

You can keep an eye on their progress here. But, really, we’d prefer FCA put this AMG GLS63 competitor on the production line.