A black and green tyre 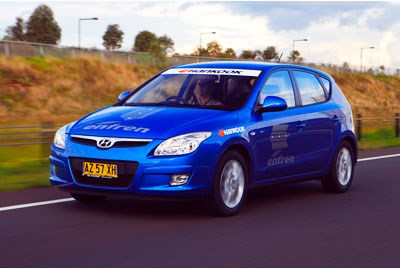 The problem consumers have with tyres is that dumb tyres look the same as smart tyres; both camps are round and black, have treads, sidewalls and beats.

Over time we've been forced to rely on the so-called brands we can trust, but this isn't always foolproof. Some prominent makes occasionally let us down with product. And occasionally, the less renowned rubber springs a pleasant surprise.

Korea's Hankook isn't up there yet with the likes of Pirelli, Bridgestone, Yokohama, Michelin, Continental, Dunlop, Goodyear...

But it has demonstrated steady improvement in recent years, witness its performance in the Wheels tyre tests.

Hankook claims the new tyres combine a number of technologies to help improve fuel economy over conventional steel-belted radials by as much as five per cent, resulting in a reduction of CO2 emissions - but with no detectable trade-off in grip levels.

Tyre rolling-resistance accounts for 20 percent of a vehicle's fuel consumption. As such, low rolling resistance tyres are a simple bolt-on hip-pocket solution AND environmental solution.

Across the motoring world rolling resistance is becoming a major issue in several ways - everyone's hip pocket, and the environment, and energy security.

Oil is the link here. We rely on it so much and yet we pay too much for petrol to stick in our cars, and then it comes out the exhaust pipes as nasty earth-eating gases.

And reducing the nation's petrol consumption reduces our reliance on imports from nations that don't always love us.

On this score alone (and Hankook emphasised as much to the present motoring journos who struggle with maths), every fifth fill-up with fuel goes against the tyre ledger.

At Eastern Creek Raceway, independent testers put the new Hankook tyres through a series of 60 measured comparisons with a regular tyre using fellow Koreans, identical Hyundai i30 CRDi autos, pressured to the recommended 32 psi and using GPS for accuracy.

Entry speed was 60km/h, and the car was then slipped into neutral and allowed to coast.

A speed correction factor was then applied by the boffins, which favoured the control tyre (car) and brought the overall advantage to a still noteworthy 4.5 per cent.

Supporting the figures, two i30s - one fitted with H430 Enfren tyres and the other with control steel belts - were driven from Sydney to Goulburn and back for economy comparisons.

The result of the 382km trip was a 5.02 per cent advantage to the Enfren car. This equates to, in the case of the i30 diesel, travelling 47km further on a single tank.

So it's fairly safe to conclude that the Enfren tyres deliver a fuel economy benefit of close to 5 per cent. And this should apply to older cars (of which Australia has millions) and new ones.

Past low rolling resistance tyres we've sampled in the past have had disappointing grip levels and Hankook gave us the chance to drive i30s and Sonatas on the racetrack in a series of performance evaluations.

While this was not a comparative evaluation, the impression was largely positive. There was a little understeer when the car was pushed hard, but this could be expected with all tyres.

Hankook's Enfren low rolling-resistance tyre is available in a wide range of the sizes to fit many popular cars sold in Australia. 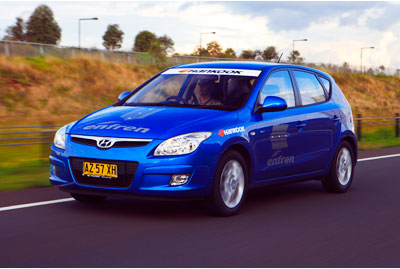 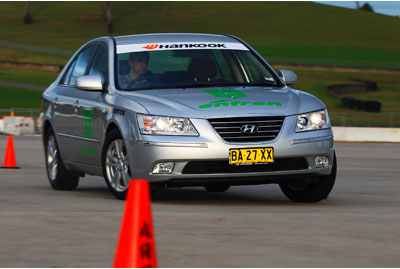 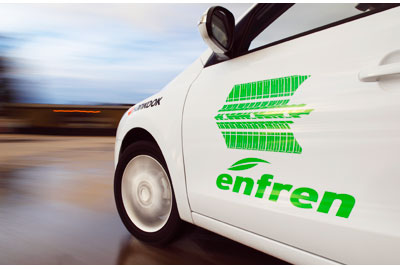 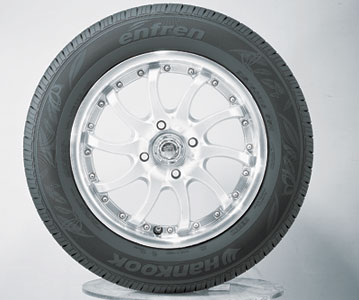